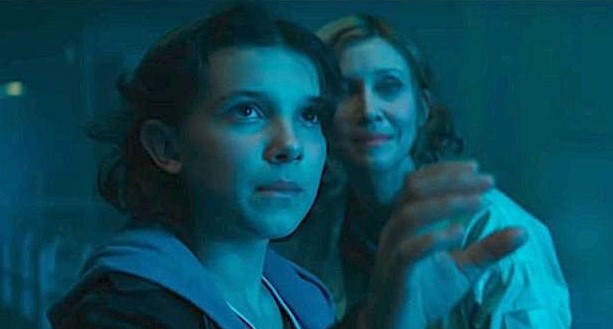 Warner Bros.’ ‘Godzilla: King of the Monsters‘ stomped its way to $19.6M at the Friday box office from 4,108 screens. The monster flick is expected to hit an opening weekend gross of $50M, which is lower than the initial projections between $55M and $65M. Though the estimated debut gross is not up to the mark, ‘King of Monsters’ can still topple Disney’s live-action flick ‘Aladdin,’ which earned a Friday haul of $11.9M at the box office. The estimated second-weekend earning of the movie is between $42-43M.

‘King of Monsters’ also secured a B+ CinemaScore on Friday. The movie collected $3.6M from IMAX screens. The current trend indicates that the latest addition to Legendary’s MonsterVerse will fall short of numbers behind the first two installments. In 2014, ‘Godzilla‘ grossed $93.1M in its debut weekend and the second installment, ‘Kong: Skull Island‘ earned $61M in the opening in 2017. ‘Godzilla’ still holds the top spot in the franchise with a $200M total domestic and $529M global gross.

Directed by Michael Dougherty from a script he co-wrote with Zach Shields, ‘Godzilla: King of the Monsters’ features the ancient mythical monsters Godzilla, Mothra, Rodan, and King Ghidorah battle ready for world domination. While the super-species monsters collide with one another, the covert agency Monarch is all set to take on an evil mastermind who plots to wipe out humanity from the face of Earth. Monarch has an adventurous and risky plan to deal with the two threats at the same time, reports Variety. The cast includes Millie Bobby Brown, Kyle Chandler, Vera Farmiga, Lexi Rabe, Sally Hawkins and Ken Watanabe.

Paramount’s critically acclaimed musical biopic of the legendary Elton John, ‘Rocketman‘ is in the third place with an estimated first weekend gross of $22M. The movie earned $9.2M from 3,610 locations on Friday. Taron Egerton plays the role of Elton John in the movie while Jamie Bell portrays songwriter Bernie Taupin.

Universal and Blumhouse’s horror flick ‘Ma’ is chasing ‘Rocketman’ with an $18M estimated weekend haul. The Octavia Spencer starrer generated $7.24M from 2,808 domestic sites on Friday. ‘Ma’ also scored a 61% on Rotten Tomatoes and secured a B- CinemaScore. The movie is directed by Tate Taylor from Scotty Landes’ script. ‘John Wick: Chapter 3‘ is in the fifth spot with $10.75M, which makes its overall domestic haul $125.4M. The Keanu Reeves flick is closely followed by ‘Avengers: Endgame,’ which is in the sixth place.

‘Pokemon: Detective Pikachu‘ is in the seventh place with a Friday haul of $1.8M in its fourth weekend in theaters. Annapurna’s ‘Booksmart‘ has a gross of $3.7M in its second opening weekend while ending up in the eighth place.