Do Zanab and Cole From Love is Blind Get Back Together? 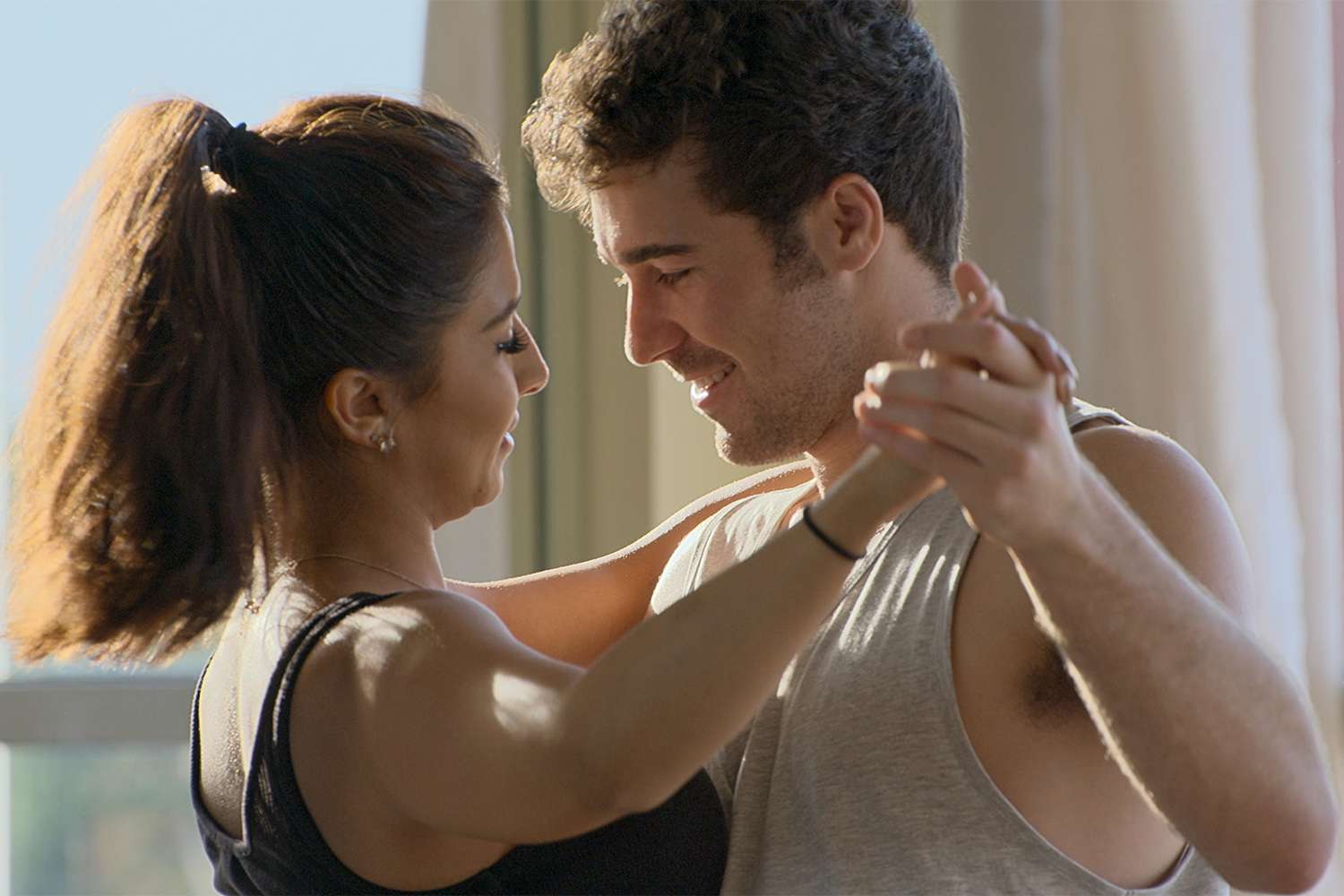 Netflix’s ‘Love is Blind‘ is a dating reality series that has an intriguing concept. The show uses special pods to provide a group of single men and women an opportunity to find their perfect match. While they can easily talk, they cannot see one another and thus must rely on emotional connection alone to determine the future of their relationship. In fact, only if they manage to find a partner and then get engaged do they get to see one another.

The third season of the show welcomed participants from in and around Dallas, Texas, several of whom did find someone to get married to. One such engaged couple was Zanab Jaffrey and Cole Barnett, whose romance certainly had fans eagerly anticipating their moment at the altar, the result of which shocked many. Naturally, the public is eager to know if the two are still involved in any capacity, and we are here to answer the same!

For Cole Barnett, the experiment was a way to find someone who would match his energy and share his beliefs about God and marriage. Unfortunately, he did not find it with ballet dancer Colleen Reed, yet his deep connection with flight attendant/realtor Zanab Jaffrey seemed to be the perfect fit. Things between the two were quite amazing when they first met each other, but it all took a turn for the worse once they entered the real world. 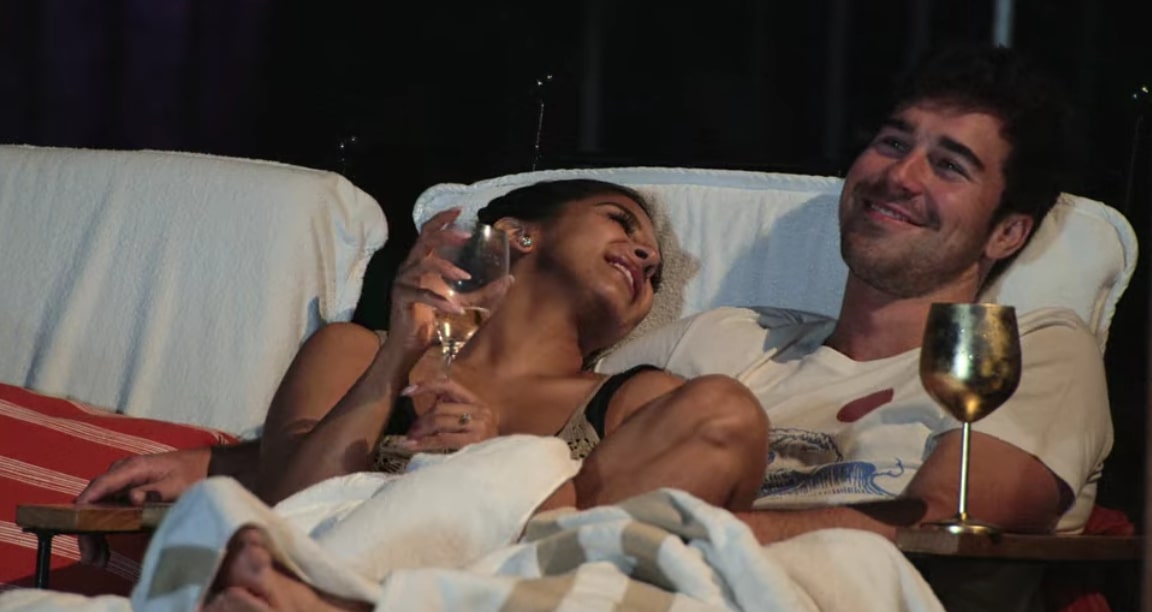 The couple did have a few minor arguments, but their first big obstacle arose after they met the other engaged couples during the Malibu getaway. This was the first time Cole saw Colleen, and he found her undeniably attractive. Therefore, at a pool party, he approached her, complimented her, and went on to add that she was exactly the type of girl he would have dated in the real world. Zanab obviously felt insecure upon learning about this exchange, especially as her fiance then rated her a “9 out of 10” while giving both Colleen and Raven Ross perfect scores. The duo did manage to move on from this issue to try and continue building their life together, but not everything was okay. Cole didn’t like his partner’s way of communication and often made comments regarding her own “passive-aggressive” behavior.

Things didn’t improve once the couple returned to Dallas either, as they learned Cole’s family would not be coming to the wedding or even meeting them before. This understandably upset them both because while he wanted their unwavering support, Zanab had hoped they’d welcome her into the clan as their own with open arms, especially since she lost her parents at a young age. Then, when the cast members got together one more time, and the past conversation between Cole and Colleen became a point of discussion, Zanab again grew uneasy. She thus confronted Cole about it, and the latter could only express his frustration as he felt they had buried this problem long ago. He told her he was in love with just her and his remarks were general observations that held no kernel of feelings from his side.

Though, one of the most controversial moments in the pair’s journey took place mere days before their wedding. Cole had decided to cook a meal for Zanab, but when she came over to the area to check on an e-mail, she tried to help him better the entire process. However, the tone of her comments, combined with her less-than-warm reception of his gesture, left Cole entirely upset. Frustrated, he bluntly asked his fiancee whether she was bipolar, which shocked, angered, and hurt her to the core, driving her to leave the house with an overnight bag in hand. He obviously realized his mistake soon after and rushed out to ask her to stay back so they could talk, which is what they did. 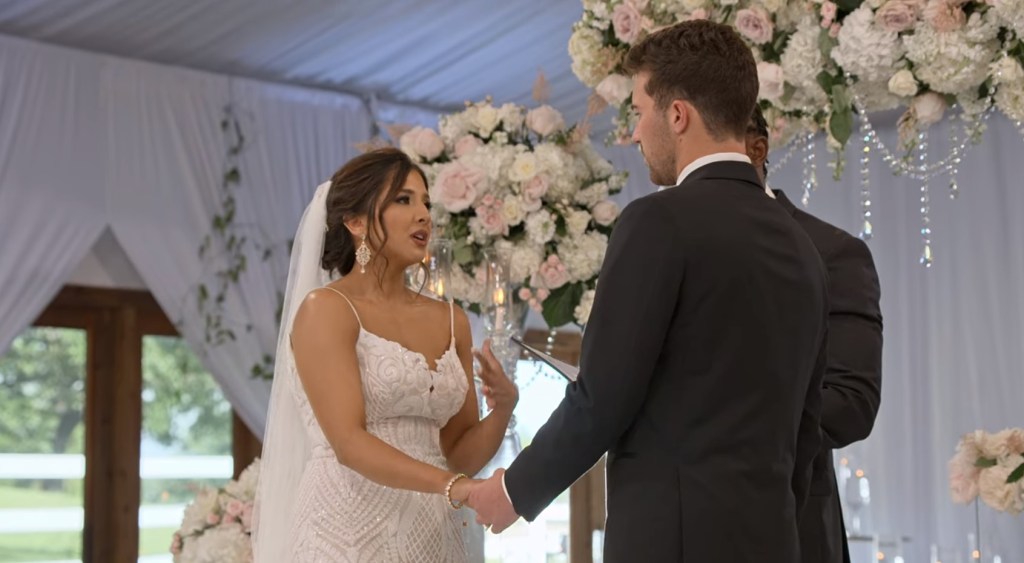 Ultimately, when the time came for the couple to exchange their vows, Zanab made it clear she would not marry Cole. “You have disrespected me. You have insulted me. You have critiqued me. And, for what it is worth, you have single-handedly shattered my self-confidence,” she finally told Cole at the altar before turning around and leaving the marriage hall without hesitation. Her friends even clapped in her support before following her out. Meanwhile, Cole was left speechless and unable to understand what had transpired.

Do Zanab and Cole Get Back Together?

No, Zanab and Cole have not resumed their relationship following their wedding-that-wasn’t. In the reunion episode of the show, they actually revealed they hadn’t even spoken since then and that this special was the first time they’d come face to face after Zanab had walked away. Then, Cole conceded, looking back at his behavior, he was sorry about it all and deeply regretted even coming on the show. Yet Zanab assured him she forgave him the moment it was over and was not sorry about the experience, as it taught them a lot. She also reiterated that despite everything, she still believes him to be a good man and wants him to be happy.

Though the show does discuss how much insecure Cole’s comments made Zanab feel, it was only afterward that the latter revealed all the details. “I did love him,” she told Variety. “The things he was saying to me did hurt. I was somehow trying to make myself desirable to him, whether it be skinnier, or… [pauses and takes a deep breath] I’ve never had someone speak to me that way about my body or eating. That was very real for me. I did change what I was eating. I was just eating a banana. I did lose weight by the wedding day. It had nothing to do with fitting into my wedding dress.”

It was always evident that Zanab did not appreciate her fiance’s insinuations about her mental health. However, Cole has since repeatedly expressed his regrets over his comments and actions, though he does also cherish the happy moments they shared. “It’s very difficult to watch us struggle in Malibu, and if I could change the mistakes and those moments I would. We had high highs and low lows,” he explained in a recent Instagram post, as seen below. His stance doesn’t make things okay in any way, shape, or form, but it has given the former couple a sense of closure. So, we just hope both Zanab and Cole will soon be able to move on and find the happy endings they’ve admittedly longed for.

Read More: Are Alexa and Brennon From Love is Blind Still Married?