Hotties: Where Are They Now? Who Are Still Together?

Hulu’s ‘Hotties’ is a dating reality series that pits two couples on blind dates against each other in a cooking competition. As the contestants try and prepare the assigned dishes in a cooking van located in the middle of a desert, they are presented with three different heat challenges. As a part of these tasks, the participants must eat the insanely spicy food item served to them if they want to continue cooking.

At the end of the cook-off, host Jade Catta-Preta announces a victorious couple based on taste and chemistry. The said pair has the opportunity to either spend the cash prize of $2,500 on their second date or split it and never see each other. Season 1 of the series was as exciting as one might hope. Naturally, fans of the show are curious to know just what happened to the people who came as participants, and we are here to explore the same!

Where Are Chardae and Nick Now?

As of writing, Chardae Heim and Nickolas “Nick” Oldakowski, the winners of ‘Hotties’ season 1, episode 1, seem to be living happily. Chardae has recently established her own Hair Company called DaeDream and has been its CEO since February 2022. On the other hand, Nick has been working as a real estate agent at Residential Agent Inc since February 2019. The realtor keeps up with his passion for music and can often be seen in the company of friends and family.

Where Are Joely and Na’eem Now? 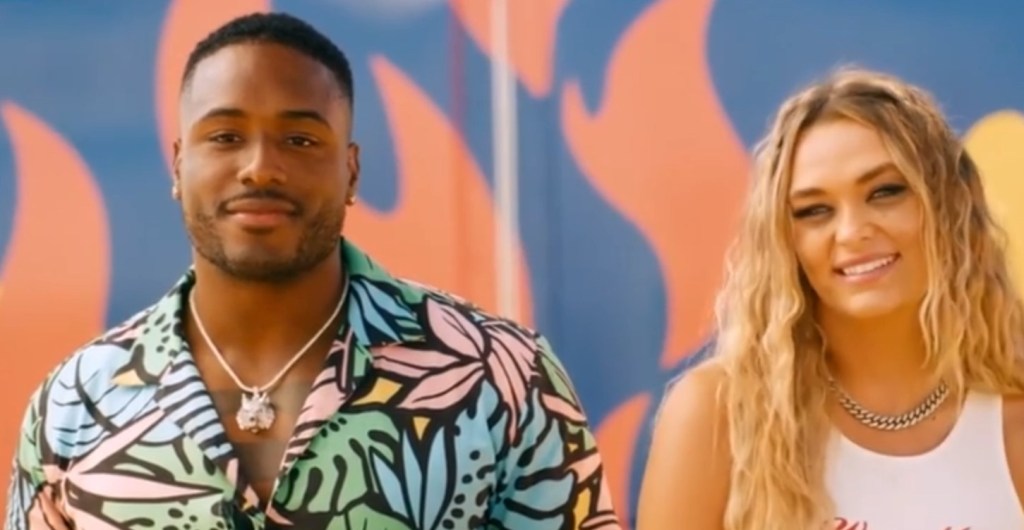 Joely and Na’eem Walton were sadly unable to dominate their opponents in ‘Hotties’ season 1, episode 1. Since then, Na’eem has been working as a brand influencer and entertainment entrepreneur. He often promotes different businesses using his social media following and does photoshoots for various brands. Moreover, the New Jersey native worked with Karlie Redd in April 2022 for a music video.

Na’eem’s work often takes him to places like Las Vegas in Nevada and Hawaii; before the cooking dating series, he had been a part of shows like ‘Ultimate Tag.’ Interestingly enough, Na’eem is also a certified dating coach and lives in Los Angeles, California. Unfortunately, Joely prefers to stay away from the public eye, so not much can be said about her current life.

Where Are Paul and Rose Now? 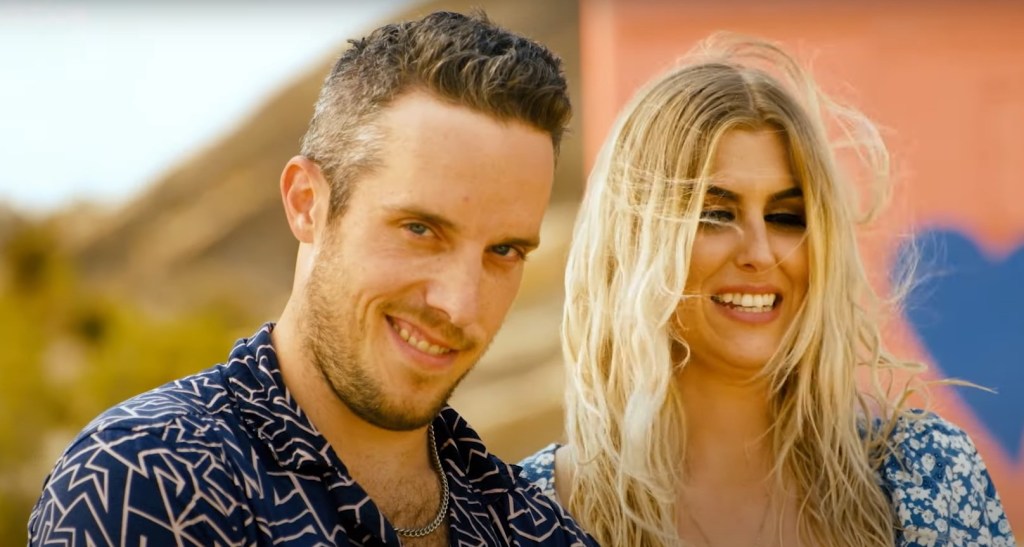 Paul Beckman and Rose won the cook-off in the second episode of ‘Hotties’ season 1. Recently, Paul has shared the story of his fight against stage 2 testicular cancer, for which he had to get an orchiectomy. He talked with Magazine regarding his struggles and 9-week-long treatment against cancer. The Houston engineer even appeared in the publication’s December 2021 edition. Right now, Paul lives in Los Angeles, California, and often takes up the mic to perform hilarious stand-ups. Sadly, not much is available about his on-screen partner Rose.

Where Are Deigo and Laith Now?

Unfortunately, Diego and Laith Faraj lost their cook-off to Paul and Rose during their ‘Hotties’ appearance. As of writing, Laith is focused on working as a writer, an actor, model, and singer. In addition, he often shares his music on his YouTube channel for fans to enjoy. The Michigan native is presently affiliated with Image Powerhouse Agency and Prestigious Modeling. He seems to enjoy traveling and currently lives in Los Angeles, California. In his downtime, Laith likes to be in the company of his friends and family. On the other hand, Diego’s life updates have been scarce.

Where are Keshwan and Mike Now? 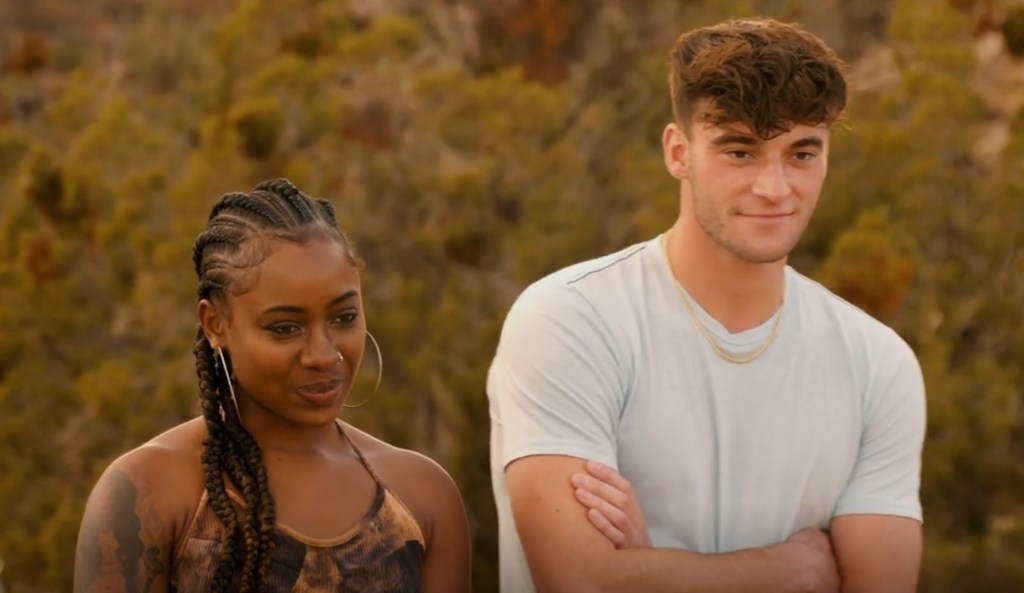 Keshwan Clark and Mike appeared in the third episode of ‘Hotties’ season 1 but sadly lost to Jasmine and Lewis. As of writing, Keshwan seems to be thriving in her career as a model and often shares pictures of her photoshoots on social media. As she conveyed on the Hulu show, she is also a server at Starbucks. Furthermore, Keshwan has an account on Honeydrip, which allows her to sell exclusive content to paying followers. The reality TV cast member seems to enjoy her life and is likely single. Sadly, not much is available regarding her on-screen date Mike.

Where are Rahmaan and Samantha Now? 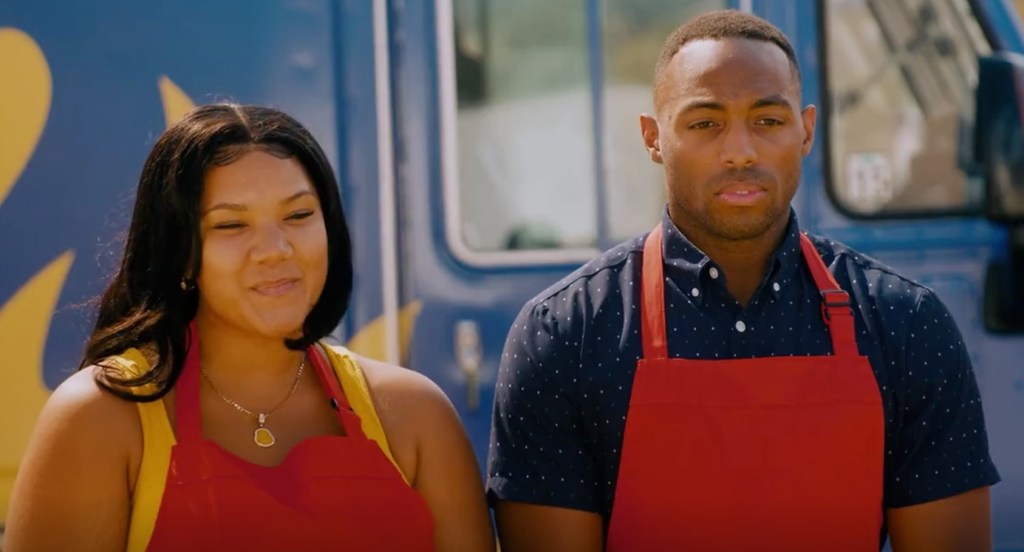 The winners of ‘Hotties’ season 1, episode 4, were none other than Rahmaan Patterson and Samantha. Though Rahmaan claimed to be a personal trainer on the show, he also works as an actor, model, and screenwriter. He has appeared in other shows, like ‘Recruiters: Mission First,’ and shares various content on the internet.

Presently, Rahmaan lives in Los Angeles, California, and is managed by Golden Artists Entertainment; his affiliations include Tilmar Talent for Los Angeles and Amber M Evans modeling agency in Utah. We are sorry to disappoint those looking forward to knowing more about Samantha, as information regarding Rahmaan’s date for the show is not readily available.

Where are Phillip and Katie Now?

The fourth episode of ‘Hotties’ season 1 starred Phillip and Katie O’meara, who unfortunately lost to Rahmaan and Samantha. As of writing, Katie seems to be doing well for herself and often shares pictures of her leisurely activities with her followers on social media. She loves enjoying herself with her friends and is a proud dog mom to two adorable canines. The model graduated from California Polytechnic State University in June 2022 and was happy to share the good news with everyone. Meanwhile, we regret to inform you that Phillip’s whereabouts are unknown to the public.

Where are Patrice and James Now? 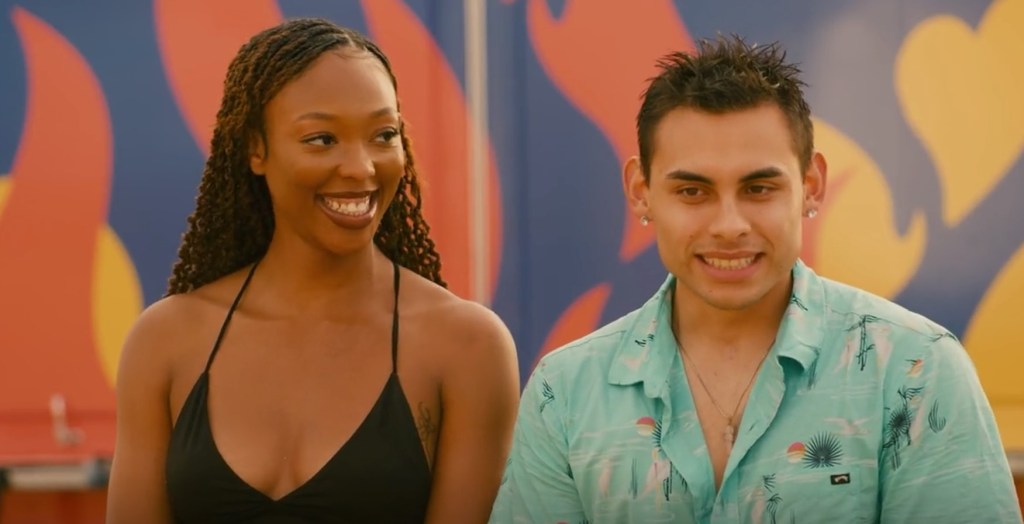 In season 1, episode 6 of ‘Hotties,’ Patrice Hodge and James emerged victorious. Though the former introduced herself as an accountant, she seems to have a thriving career as an actor, often appearing in music videos. In fact, the reality TV star recently appeared in the video of Post Malone and Doja Cat’s “I Like You (A Happier Song).” As for her love life, the Ohio native seems to be dating LéChris, a Los Angeles-based entrepreneur and musician. Patrice currently lives in the City of Angels, but life updates on James have been scarce.

Where are Nick and Kat Now? 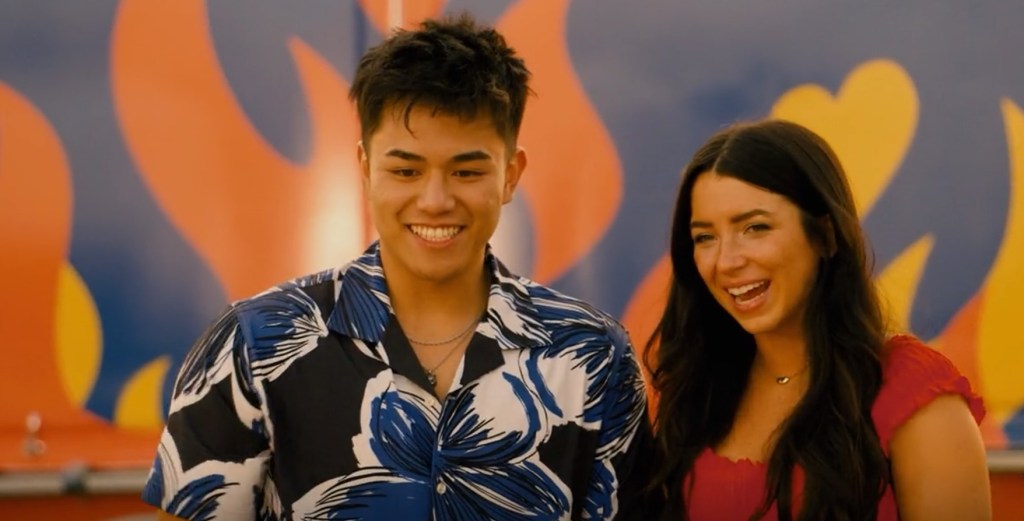 Nicholas “Nick” L. Lee and Kat appeared on the seventh episode of ‘Hotties’ season 1 and won the competition. Currently, Nick seems to be thriving in his career as a model, creator, entrepreneur, and influencer. He often shares his life updates with his social media followers and lives in Los Angeles, California. In addition, Nick has a clothing line named La Fleur and a mobile application called Lolly, allowing one to explore the dating field with videos. The reality TV star is affiliated with SXNSE, a premium sexual wellness company. Unfortunately, Kat’s recent information is inaccessible as of writing. 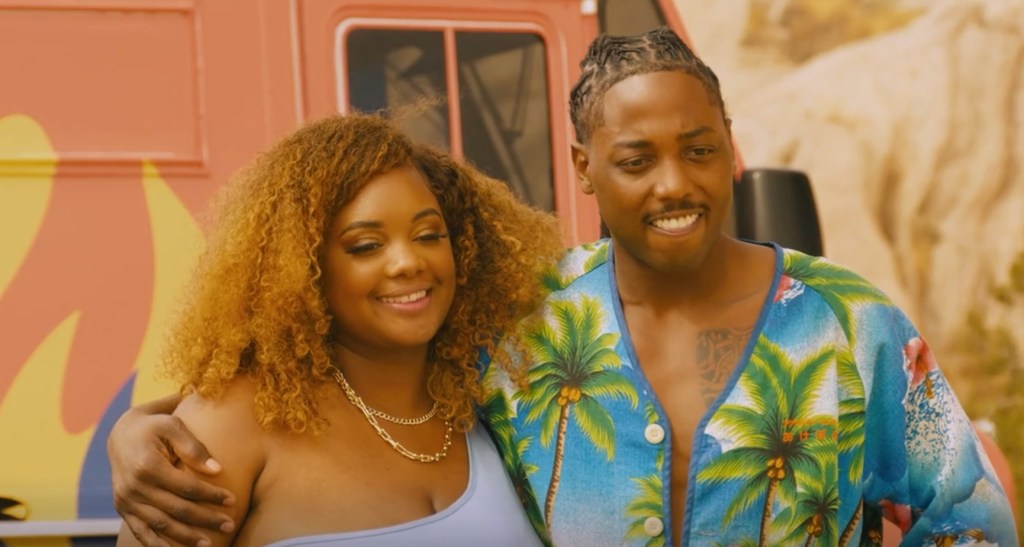 Ke’Era Ingram and DeeIsaac Davis won the cooking competition in the eighth episode of ‘Hotties’ season 1 by beating Taylor and Matt. Presently, Ke’Era lives in Los Angeles, California, and celebrated her one year in the city in late July 2022. She works as a digital creator/model and often posts content on her social media. Besides her YouTube channel, she is invested in fashion and lifestyle.

Meanwhile, DeeIsaac seems to be living a happy life; he likes to showcase his art and loves to share his dog’s cute antics. The reality star was once a football player at the Defensive Tackle position for Kansas Jayhawks from 2016 to 2018 (2 seasons). DeeIsaac struggled with his weight for a time but has since made an incredibly motivational journey to improve his health. In 2021, he graduated from the New York Film Academy in Los Angeles, California, with a Master of Fine Arts in Acting and is presently focused on his acting career.

Where are Jesse and Dean Now?

In season 1, episode 9 of ‘Hotties,’ Dean Lin and Jesse D’Araujo bagged the title of the winning couple. Presently, Dean lives in Los Angeles, California, and works as a digital creator, author, and graphic designer, apart from his role as a development manager at Center Drive Media. Besides frequently posting content on social media, he is an active member of the entertainment industry, given his work in front and behind the cameras.

Dean was especially thrilled to have met Jennifer Aniston while working as a crew member for ‘Friends: The Reunion.’ He also likes to travel and enjoys trying new food. Jesse, too, resides in Los Angeles, where he works as an actor/musician; he has appeared in the TV series ‘Juju.’

Where are Tyler and April Now? 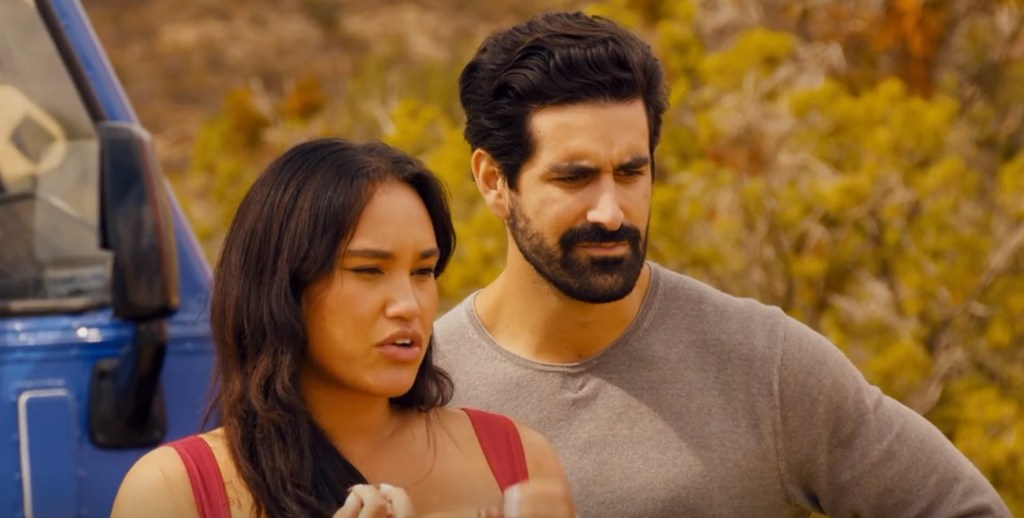 Unfortunately, Tyler and April Cacuyog did not bag the cash prize for episode 9, season 1. As of writing, April seems invested in her career as a real estate agent, currently affiliated with The Corcoran Group, located in Beverly Hills, California. The reality TV star uses her impressive social media following to share real estate opportunities and life updates. Information regarding Tyler is sadly not accessible presently.

Where are Allie and Noah Now? 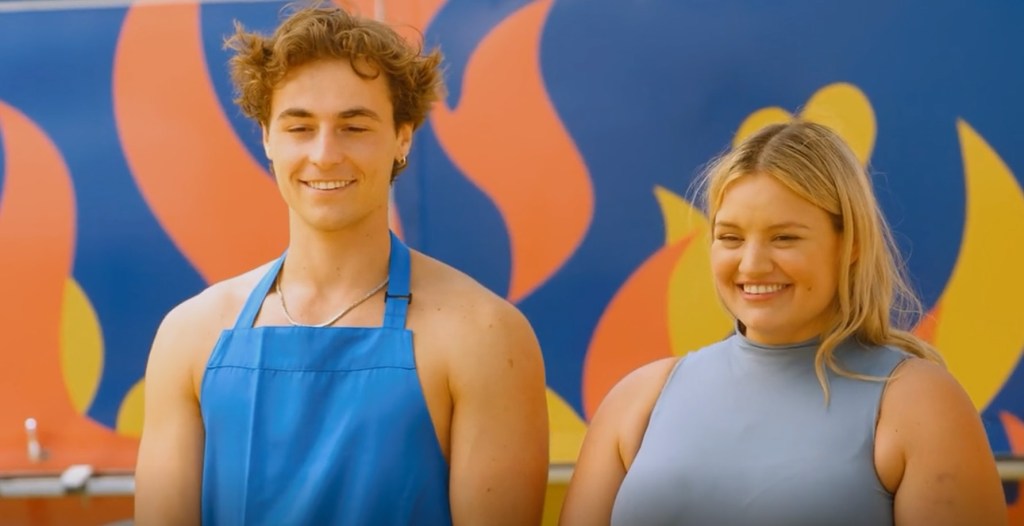 Allie Weber and Noah took home the prize for the cook-off held in the season 1 finale of ‘Hotties.’ Presently, Allie seems invested in her career as a model and is affiliated with Los Angeles-based Natural Model Management. When not working, she likes to spend time with her friends, travel, or enjoy the company of her cat. The model recently got all of her four wisdom teeth extracted and is excited to be back to work. Those looking forward to knowing more about Noah will sadly be disappointed with the lack of information regarding the ‘Hotties’ cast member.