Is Not Okay Based on a True Story? 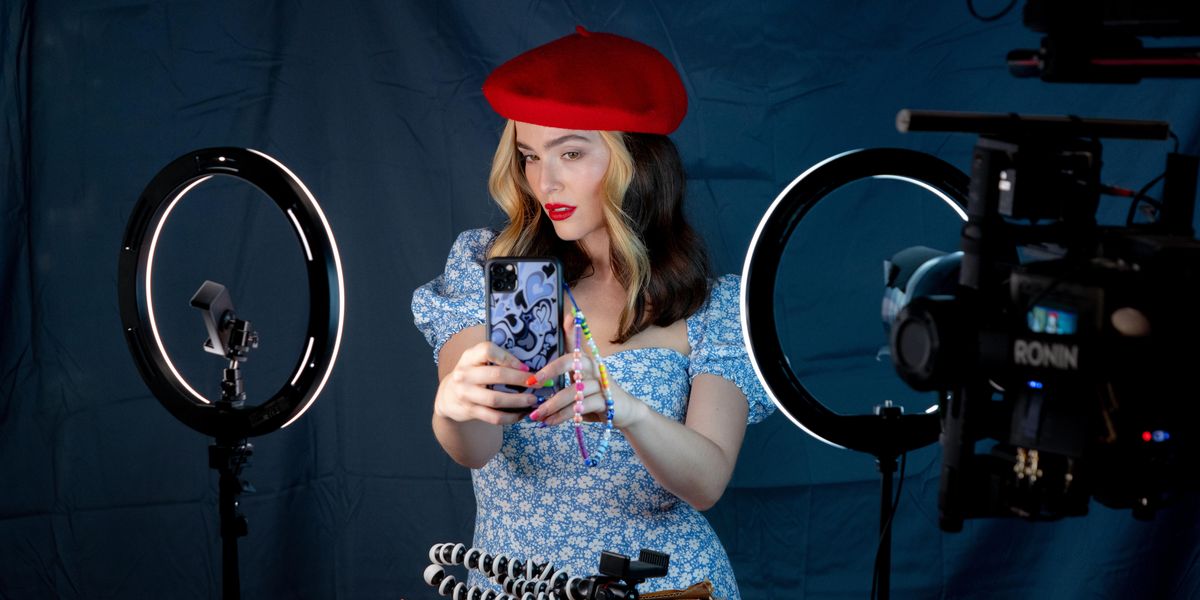 Hulu’s ‘Not Okay’ is a satirical black comedy film directed by Quinn Shephard, which tells the story of Danni Sanders (Zoey Deutch), a lonely influencer who pretends to be a survivor of a terrorist attack in Paris to gain fame and friends. However, when she is thrust into the limelight, she finds it challenging to keep up with her lie. The film makes some poignant statements about the nature of social media, influencer culture, and cancel culture. Moreover, the realistic themes and setting make viewers question whether it is inspired by actual events. Now, if you wish to find out if there is any grain of truth in ‘Not Okay,’ here is everything you need to know!

Is Not Okay a True Story?

No, ‘Not Okay’ is not based on a true story. The film is based on an original screenplay penned by Quinn Shephard, who opened up in an interview about the story’s conceptualization. The writer/director revealed she was working in 2018 on developing ideas to pitch to Searchlight Pictures, and during her research, she was exposed to the internet culture and social media. Shephard stated that she was fascinated by the internet culture, which has diverse perspectives on real-world tragedies, along with how the influencer culture dominates narratives on various social scales.

As a relative newcomer to the world of social media, influencer culture, and cancel culture, the director was attracted to craft a satirical take on the subject and wished to present it in a raw form. For writing the film’s screenplay, Shephard researched the topic extensively and consumed several articles and documentaries about real influencers and the rise of internet culture. She likely decided to incorporate some real-world elements into the narrative during her study.

In ‘Not Okay,’ the protagonist, Danni Sanders, pretends to be a survivor of terrorist bombings in Paris. The premise will likely remind viewers of the tragic November 2015 Paris attacks, wherein three groups of suicide bombers carried out coordinated attacks in the city’s suburbs. While the film changes the details of the actual event, the fictional bombings also occur similarly and at a similar time. In reality, a French woman, Alexandra Damien, falsely claimed to be a survivor of the November 2015 Paris attacks; she was sentenced to six months in prison for fraud and perjury.

Therefore, Shephard might have taken some inspiration from Damien’s story or other similar cases. However, Danni’s story arc and ultimate fate in the film are fictional and drastically different from the latter. Likewise, the phrase “I am Not Okay,” which becomes a viral hashtag in the movie, may have been possibly inspired by Meghan Markle’s viral 2019 interview where she used the phrase “not okay” to describe her situation as a mother, wife, and member of the royal family. Additionally, Shephard spoke to Thrillist about how she was inspired by Korean thrillers while developing the movie’s visual humor and drew from the biopic ‘I, Tonya‘ to create Danni’s character.

In addition, the director stated her other inspirations while writing the story, such as the movies ‘Election,’ ‘Do the Right Thing,’ and ‘Network, and the TV shows ‘Fleabag‘ and ‘I May Destroy You.’ Shephard expressed how satirical movies influence her, saying, “I have always loved the genre because I feel like I try to be very analytical and critical of the world around me—even my own actions, what I’m doing, how I feel, and how that’s been impacted by outside forces. Satire has just always been a great way to deconstruct the social climate, and I think, through humor, it allows you to digest it more.”

Ultimately, ‘Not Okay’ is a fictional story that takes a brilliant dig at the influencer culture and the cancel culture, which have become the mainstays of the internet. It utilizes exaggerated versions of prominent real-world events to examine the impact and dichotomy of the struggles of privileged people, who use their stature on the internet to become part of meaningful and serious conversations. The movie is a hysterical take on aspects of the internet that have seeped into our life and are constantly affecting our opinions. Hence, it resonates with viewers and gives them some food for thinking about the influence of the internet and its subcultures in our lives.

Read More: Where Was Not Okay Filmed?