Is Project X Based on a True Story? 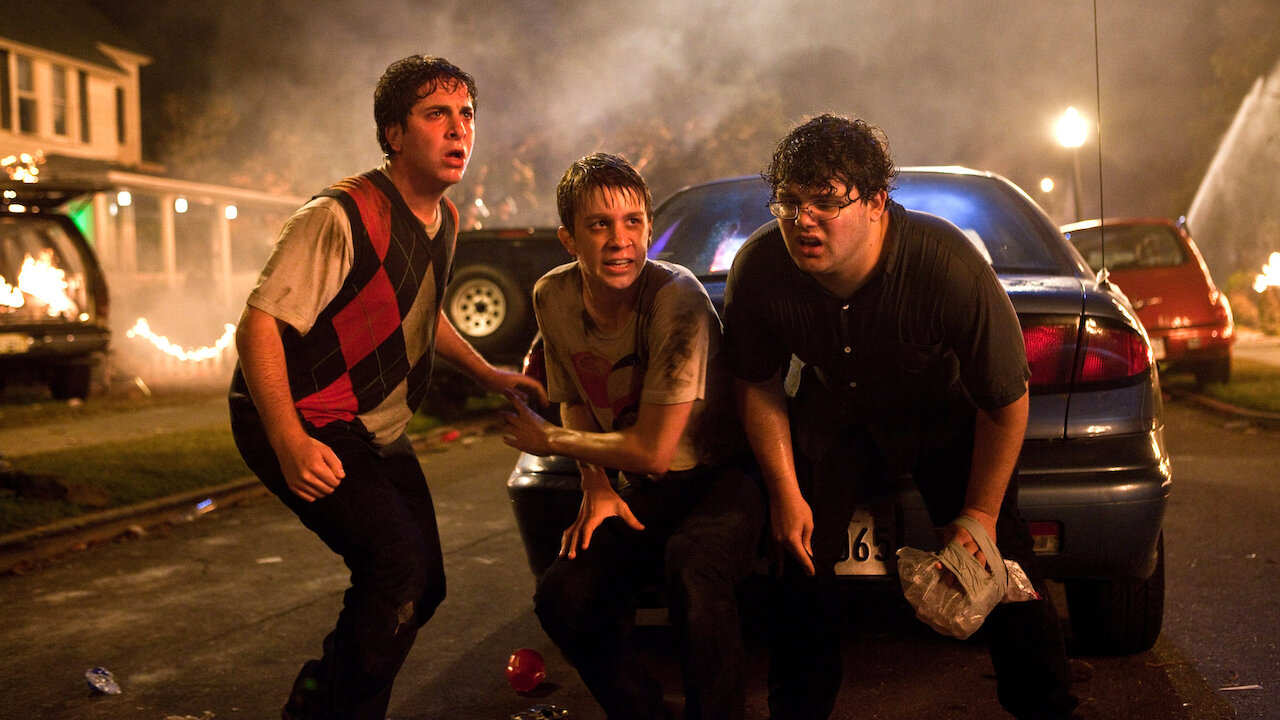 Directed by Nima Nourizadeh, ‘Project X’ is a 2012 found footage comedy that revolves around three North Pasadena teenagers — Thomas, Costa, and J.B. — and an all-night house party they host in a bid for popularity that quickly and disastrously spirals out of control. Produced by Todd Phillips (‘The Hangover’) and written by Michael Bacall (‘21 Jump Street’) and Matt Drake, the movie is shown from the perspective of A/V student Dax’s unsteady camera, as he wanders around recording the crazy events of the night.

Despite the over-the-top and explicit nature of its content, ‘Project X’ seems believable to anyone who has heard of, or attended, destructive but euphoric drug-and-testosterone-fueled high school parties. In case you’re wondering about its origins, we have got you covered. Let’s find out whether ‘Project X’ is based on a true story.

Is Project X a True Story?

‘Project X’ is partially based on a true story. The teen comedy seems to draw inspiration from Corey Worthington, AKA “Australia’s most infamous teenager,” who, at the age of 16, threw a party when his parents had gone out of town on vacation in 2008. Having posted the party invitation on his MySpace account, Worthington attracted around 500 partygoers looking for a good time at his doorstep. What ensued was pure chaos — the noise levels went off the charts, and a neighbor’s property was damaged.

Stones were pelted, a police car was vandalized, and reinforcement from the cops came in the form of a helicopter and a dog squad. Needless to say, Worthington’s story hit the news worldwide. The parallels between Worthington’s story and ‘Project X’ are obvious. Costa throws an 18th birthday party for Thomas not out of the goodness of his heart but to get the trio a chance to score girls, drugs, and fame.

In addition, Marijuana and ecstasy fuel the partygoers, and a dog is set afloat in the air after being tied to balloons. Thomas’ dad’s expensive car is driven into the pool, and his house is set on fire by an angry drug dealer. Over-the-top, much? Well, it was intentional. “[Movies like this become] A compendium of a lot of people’s different experiences askew, you know, exaggerated,” said Todd Phillips, on the experiences that inspired the plot.

The unknown faces in the movie definitely help sell its found-footage format and claims to realism, as the possibility of the story being anyone’s is championed. Talking about why the deliberate choice of not casting known faces for the comedy was made, Phillips added, “It wouldn’t seem authentic.” While the found footage genre is most commonly associated with paranormal and horror movies, ‘Project X’ attempts to play around with the concept while exploring the extreme highs and lows of a teenage party gone wrong (or right, depending on who you ask).

The movie attempts to mimic the cinéma vérité style, wherein the cameraman observes and encourages the stories of those being recorded. Dax’s unsteady camerawork convincingly sells the idea that such a party can happen and has happened. Moreover, the extras were given handheld cameras and flip phones to ensure a range of POVs and differing camera qualities, portraying the reality of teenagers wanting to record anything and everything in their path. Even the police dashcam footage adds to the horrifying possibility of such a party being real. 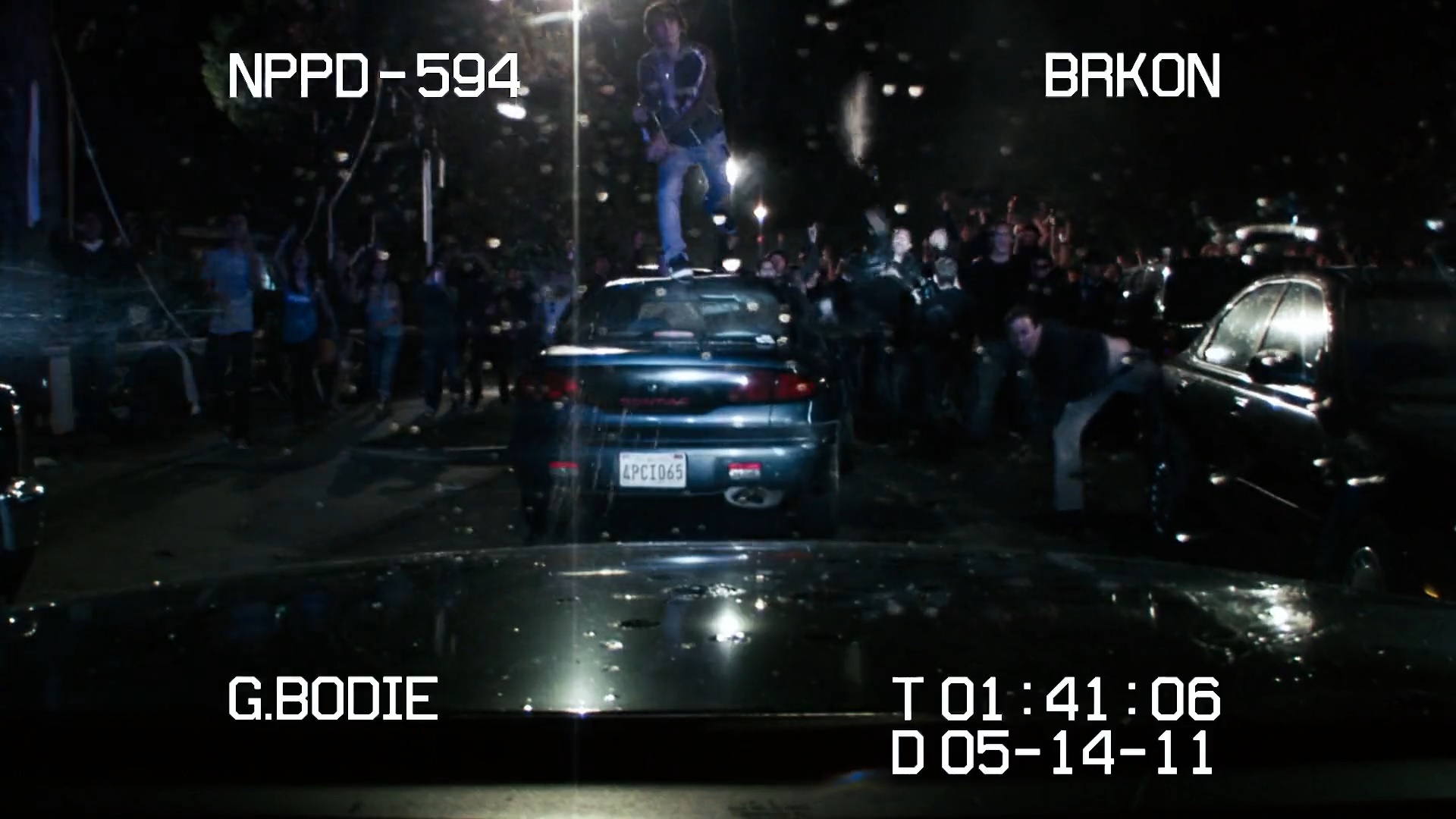 “It’s all very, very real, actually,” said Kirby Bliss Blanton, who plays Kirby, on how the crew and extras ensured that the footage recorded allowed for a sense of natural movement and realistic chaos. “Nowadays everyone’s got some sort of video recording device on them at all times so it’s believable that we would get all these different angles at this party,” opined Thomas Mann, who plays the host Thomas. The remorse-free teenagers at the end of the movie, who don’t actually get to pay for the consequences of their actions in any meaningful way, may seem a tab bit unrealistic to viewers.

However, Worthington was just as, if not more, nonchalant about his real-life destructive party. “Get me to do it for you. Best party ever so far,” said a guilt-free Worthington, upon being asked what he’d say to other teenagers looking to throw a party in their parents’ absence. Clearly, the perspective through youth-tinted glasses is heavily skewed. Moreover, the event was actually beneficial for Worthington as it gave him instant celebrity status, even scoring him an agent who began to book him for parties in Australia and Britain.

In the movie, Thomas too attains notoriety at his high school, with media coverage of his party only bolstering his newfound popularity. In fact, the end of the movie sees Costa being interviewed by a news reporter. His getup and attitude remind viewers vividly of Worthington’s own demeanor in his infamous interview with ‘A Current Affair.’ The movie certainly captures the recklessness and devil-may-care attitude of high schoolers who think their youth allows them to proudly make mistakes, commit crimes, and ultimately get away with it all.

The highly stylized movie doesn’t pass moral judgments, simply aiming to present an exaggerated version of a party dictated by the headiest and wildest thoughts that power teenagers. All the footage is presented as though it were discovered and not meticulously put together, and this element of authenticity allows viewers to get entertained and repelled by the teen comedy. Movies like ‘American Pie,’ ‘21 Jump Street,’ and ‘Superbad,‘ too, chronicle the simultaneously fascinating and frightening world of teenagers.

The R-rated film doesn’t attempt to glorify the chaotic party — it simply presents the party as it is, through the eyes of its sexed-up, drug-happy, property-damage-loving high schoolers. While the outrageous and frankly concerning characters and incidents of Thomas’ party in ‘Project X’ might be fictitious, it is a known fact that many such personas and parties can exist and have existed in real life. Worthington is living proof.