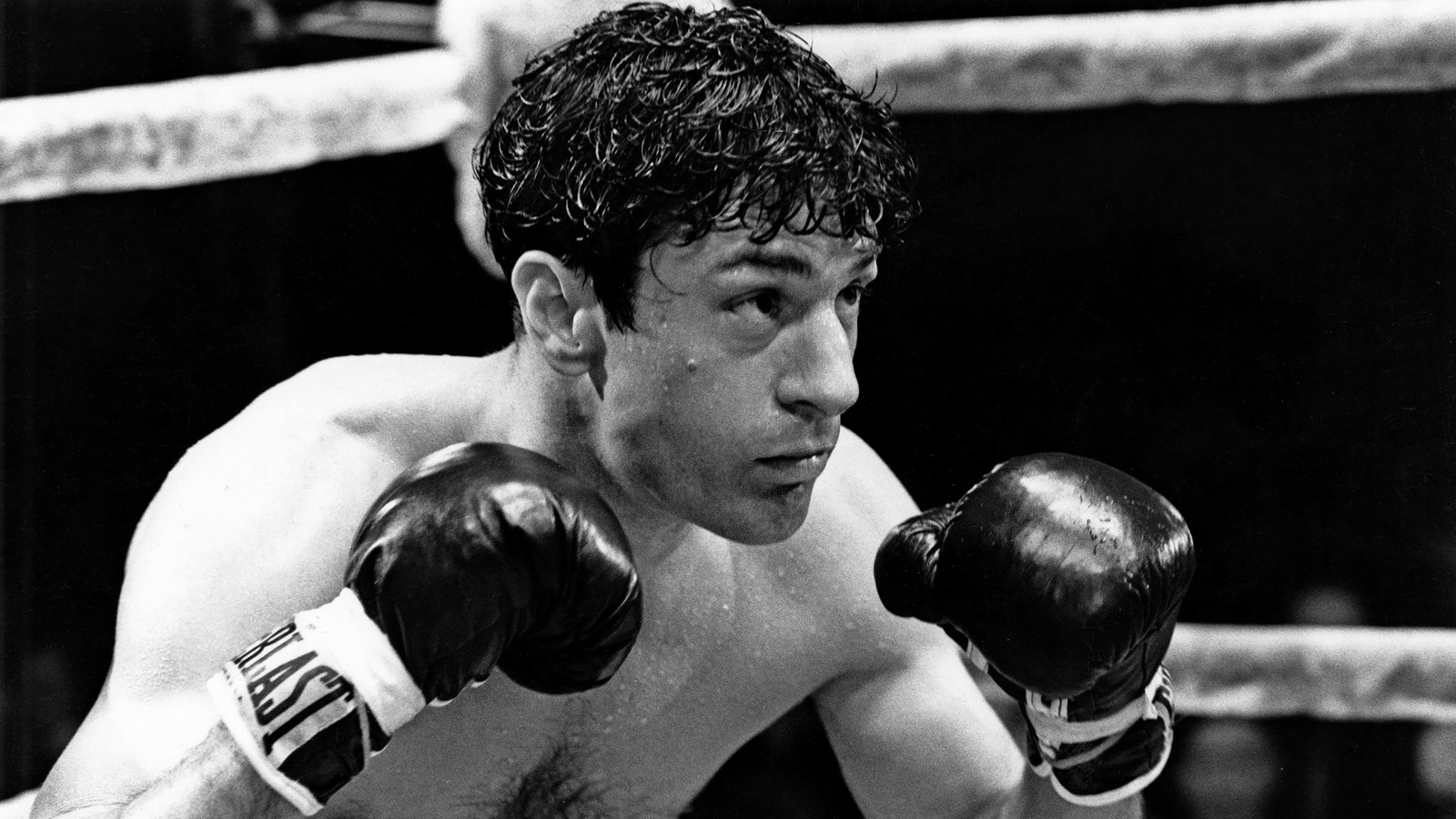 Have you been wondering which are some of the edgiest films you can watch with your Prime Video subscription? If yes, then you have just arrived at the right place. There are thousands of films which come out every year. While some of them go on to achieve the status of masterpieces, some really struggle to find their footing in a highly competitive world where not an inch of extra space is given to you unless you absolutely deserve it. Some films have always tried to push the boundaries and notions of filmmaking by dealing with subjects which are rather bold and can even make some people extremely uncomfortable. These films are not for everyone — they need a matured eye; a better understanding of cinematic aesthetics. So with all that said, here’s the list of really good NC-17 and R-Rated movies that are available to stream on Amazon Prime: 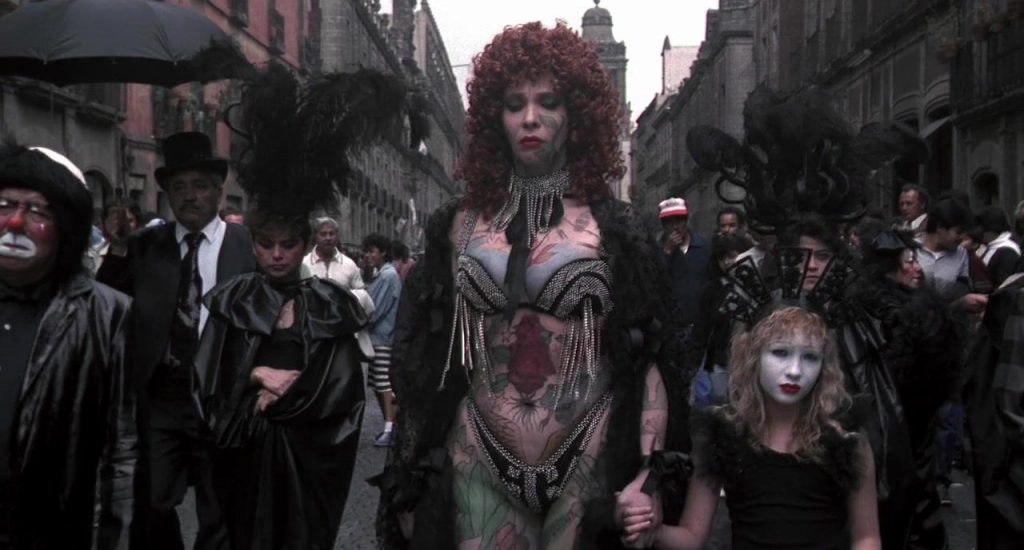 Alejandro Jodorowsky is one of the most controversial directors in the history of cinema who has often raised eyebrows with his work. This 1989 avant-garde horror film is a prime example of the director’s merits where he constructs a sinister tale involving some extremely violent moments. The central character of the film is a patient at a mental hospital who keeps having flashbacks of the extreme cruelty his father had subjected his mother to by cutting off her arms, as some weird religious ritual. Adding to the shock, the young man’s father then proceeded to commit suicide. The story then moves to a point of time when this patient is finally allowed to leave and he goes ahead to re-establish his relationship with his now arm-less mother. The film is a strict critique against extremist religious practices, but is told in such a sinister manner that it might be uncomfortable for certain viewers. However, the art direction and the costumes used in the film are mind-blowing. 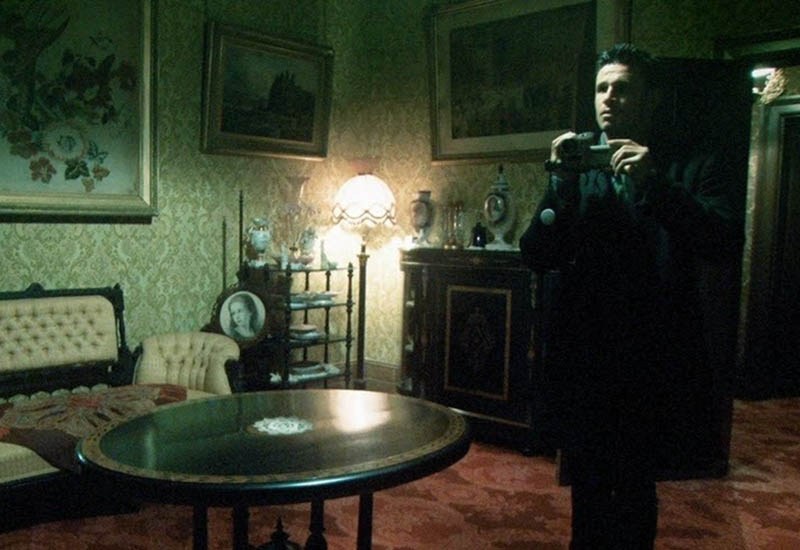 A found-footage horror film, ‘Muirhouse’ centres around a paranormal expert-cum-documentary filmmaker who visits a haunted house in order to find out about the possible existence of any supernatural creature present in the house. However, the eponymous paranormal expert makes the mistake of coming alone and not bringing any companion along. Soon enough, he realizes that this was a huge mistake and that he now needs to escape if there is any chance of saving his life. The film is well made for the most part, but the only problem is that it fails to reach a convincing resolution by the time the thrill-ride is over. It does have a lot of merits but it fails to realize its true potential. 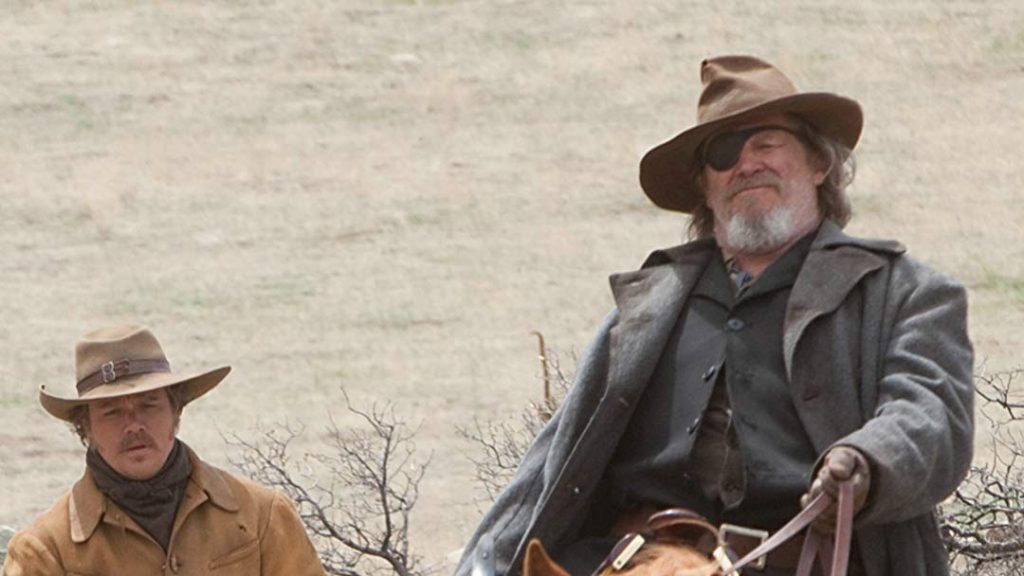 Whenever the Coen brothers come out with a movie, it is surely something to be taken seriously. They are, in my opinion, auteurs of their works and most of their films are technically impressive. Their 2010 movie, ‘True Grit’ is no different. The film centres around the friendship between a teenage girl and an older US Marshall as they journey together in search of her father’s killer. This movie can be considered as an out and out western flick. The performances are what stand out in this film. Jeff Bridges, Matt Damon, and Josh Brolin deliver brilliant performances. Add to the mixture the quirkiness of the Coens, and you get an unbeatable recipe. 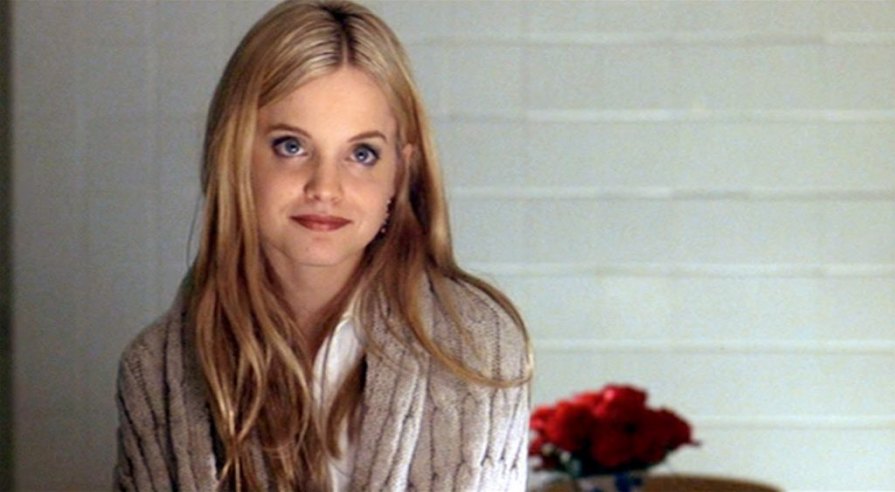 The first film by director Sam Mendes, ‘American Beauty‘ is a story about the needs and aspirations of a man who is tormented by frustrations and failures in life. Kevin Spacey plays the lead character, Lester Burnham, who hates almost everything about his life, which includes his relationship with his wife and his job as a magazine executive. Always wanting to break free from his monotonous existence, Lester starts looking for various modes of escape. He fantasizes in his head about having a sexual relationship with one of his daughter’s friends. He even quits his job and takes to smoking weed. Lester is so busy trying to change his life that he doesn’t even care when his wife cheats on him. This is a story about a suburban middle-class man who is trapped in a world of responsibilities and expectations. All he wants is to break free from these shackles. 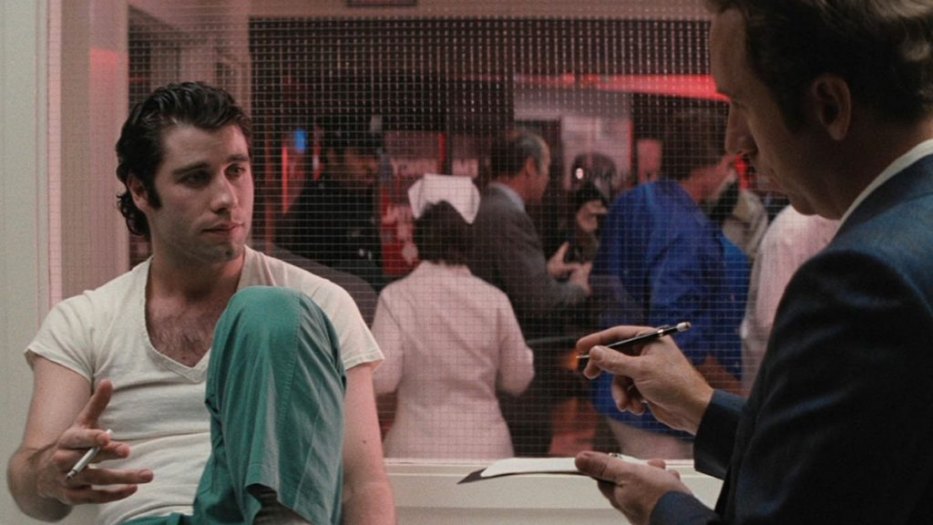 Brian De Palma’s 1981 venture ‘Blow Out‘ is a brilliant political thriller with John Travolta playing the lead role. Travolta’s character, Jack Terri is a sound technician on low-budget, B-grade films who comes across an apparent car accident. While trying to save the people in the car, Terri manages to rescue a girl called Sally, but the other person, a politician who is going to run for the highest office in the country, dies in the accident. After going through some of his tapes which he was using to record sounds for a movie is working on, Terri comes to the conclusion that a vital clue regarding the incident has been recorded in them without him noticing at first. As he tries to investigate and even begins an affair with Sally, Terri keeps falling into a wave of danger, deceit, and political intrigue. The film takes its inspiration from Michaelangelo Antonioni’s ‘Blowup’, but then goes towards its own neo-noirish direction. Despite being poorly received by audiences when it first released, ‘Blow Out’ is now considered a cult classic. The performance of Travolta, the storyline, and De Palma’s brilliant direction gives us here one of the best films of the 1980s. 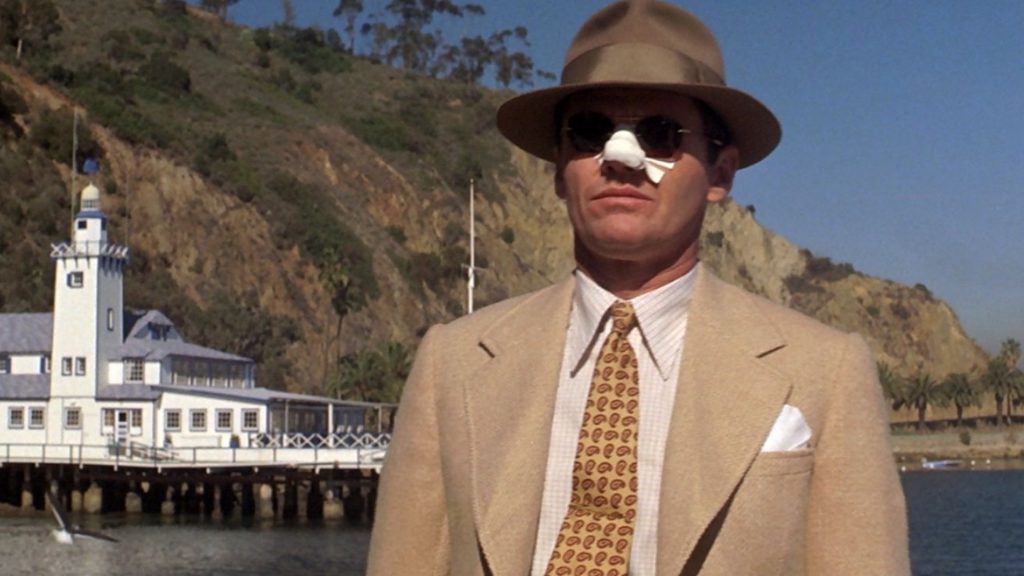 Roman Polanski’s magnum opus, ‘Chinatown‘ starring Jack Nicholson is ruthless, revealing, and a true cinematic masterpiece of the 1970s. Nicholson here stars as a private investigator called Jake Gittes who is approached by a woman called Evelyn Mulwray to follow her husband, Hollis. A specialist in cases related to marriages, Gittes takes on the case, but soon discovers that the person who came to him was not the real Mrs Mulwray. Soon enough, the body of Hollis Mulwray is discovered and some henchmen attack Gittes and threaten him to stop his investigations. Gittes realizes he has gotten into something which is far more dangerous than what he could have imagined. His investigations take us into the darkest corners of Los Angeles and among people who can do anything for money. The line with which the film ends, “Forget it, Jake. It’s Chinatown” is now considered one of the most iconic film dialogues of all time. The film is disturbing, and at the same time rather reflective of the times of perverse and greedy mindsets that we live in.

Read More: Most Mind-Blowing Movies of All Time 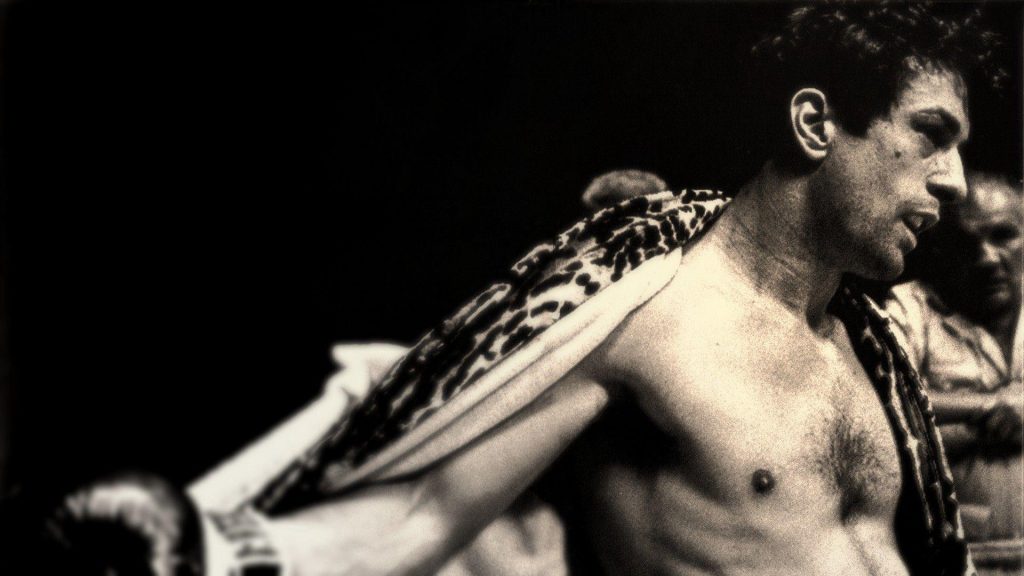 Martin Scorsese’s ‘Raging Bull‘ is a tour de force which remains one of the greatest works captured by a motion picture camera. Centring around the life of acclaimed boxer Jake LaMotta, ‘Raging Bull’ is unlike any other biopic you will come across. More than focusing on the details of his career, the focus is on his troubled personality and his relationships with his wife and brother. De Niro manages to portray the volatile yet powerful personality of the boxer and even goes through extreme physical transformations for the part. Since the beginning of his career, Scorsese was coming out with great films, but ‘Taxi Driver‘ and ‘Raging Bull’ managed to catapult him to the league of the greatest directors in film history.