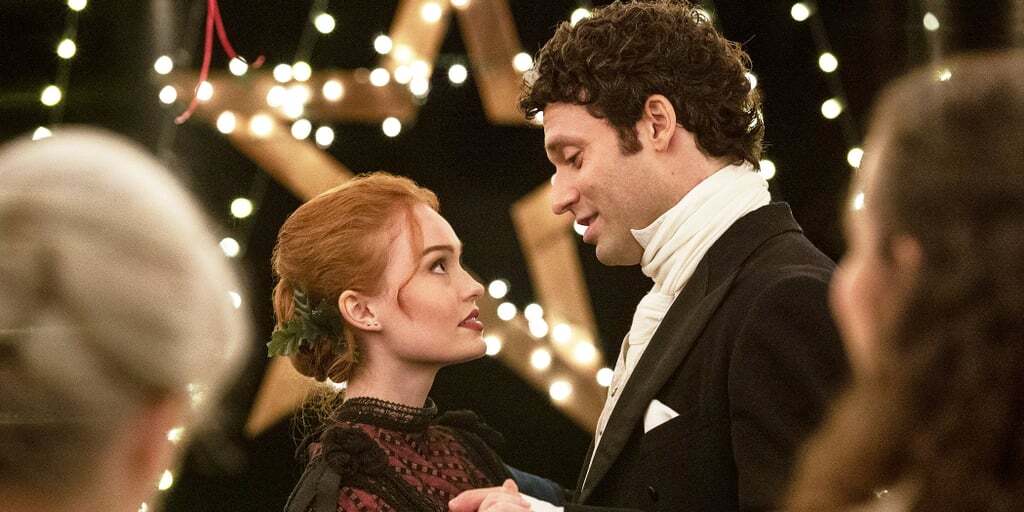 Lifetime treats viewers every year with a string of Christmas movies to spread the holiday cheer and make the season merrier. Directed by Max McGuire, ‘A Christmas Village Romance,’ also known as ‘Christmas At Maple Creek,’ is a romantic film with a rustic charm. It revolves around Diana, a famous romance novelist who arrives at the village of Maple Creek to write her next book. When she learns that the village is in a deep financial crisis, she decides to use her contacts and fame to sponsor a Christmas Gala to raise funds. She is encountered by Carter, the village blacksmith and historian, who tries to foil her plans initially.

Diana and Carter eventually team up to ensure the success of the Christmas event. Just as the two are getting close, Diana’s crush and the man on her book cover – Greg – arrives at Maple Creek to surprise her. Thus, she is faced with the difficult decision to choose the best man for her and get the happy ending she always wrote of. Set against the backdrop of a quaint village, the movie has elements of old-world romance and festive warmth. If you are curious about where ‘A Christmas Village Romance’ was filmed, we’ve got your back!

‘A Christmas Village Romance’ was filmed in Ontario, especially the capital city of Ottawa and the Dunvegan village. Principal photography for the movie was carried out towards the end of summer in 2020. Ontario is a well-known filming location and has hosted the production of many popular movies and TV shows like ‘8-Bit Christmas,’ ‘Suicide Squad,’ ‘Schitt’s Creek,’ and ‘The Boys‘.

Ontario is a favored filming site, mainly due to the variety of scenery that helps recreate different backdrops. The availability of high-tech filming setup and scope for tax concessions are other significant factors. Let’s take a closer look at the filming locations for ‘A Christmas Village Romance.’

Known as the Christmas Movie Capital of the World, Ottawa is a beautiful riverside city in the east of southern Ontario. With a wintery glow to it, Ottawa served as the perfect location for filming major portions of ‘A Christmas Village Romance.’ Most of the outdoor scenes were shot at ByWard Market and The Cumberland Heritage Village Museum. 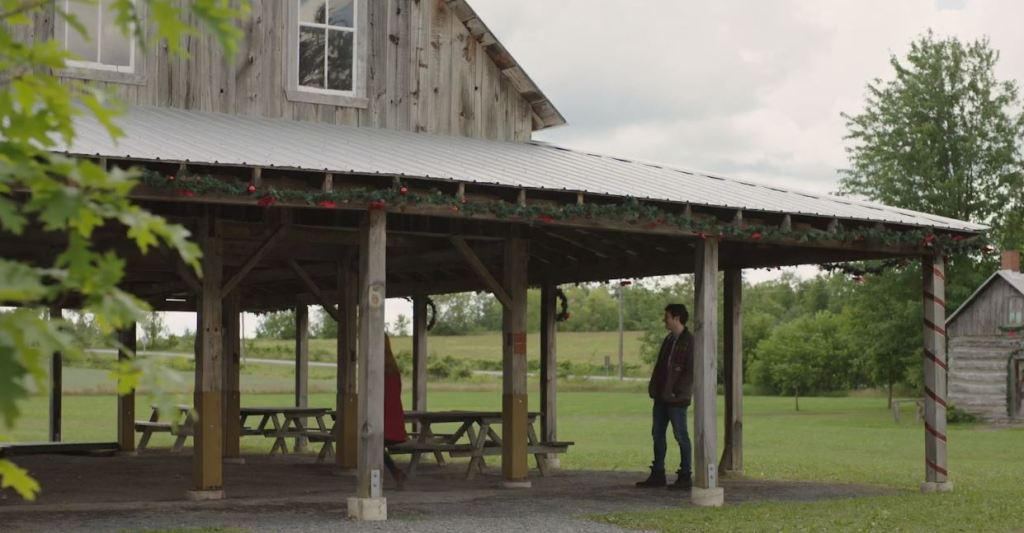 Dunvegan is a pretty little community in North Glengarry, Ontario, and situated northeast of Stewarts Glen. Established in 1962, the Glengarry Pioneers Museum is a historical spot with replicas of 19th-century buildings and artifacts. This includes an inn, a blacksmith shop, and barns with farming equipment. There is also an exhibit of the War of 1812 and a pavilion for events and fairs. This is where the museum scenes were filmed, which added to the historical element of the movie.

Jeni Ross plays Diana, a renowned author in search of inspiration for her new romance novel. The gorgeous actress has been a part of several movies and TV shows like ‘No Escape Room,’ ‘Titans,’ and ‘Stage Fright.’ Jake Epstein portrays Carter, the village blacksmith who tries to oppose Diana’s strategy but ends up helping her save Maple Creek. The actor’s notable works include ‘Degrassi: The Next Generation’ and the hit legal TV drama ‘Suits.’

Olivier Renaud features in the Lifetime movie as Greg, Diana’s secret crush and the cover model for her novel. Renaud stars in ‘Midnight at the Magnolia‘ and the TV show ‘The Wedding Planners.’ Other cast members who appear in the Max McGuire directorial include Erin Eldershaw (Kayla), Mary Long (Lynda), Tim Progosh (Jimmy), and Cassandre Mentor (Holland).