Lifetime’s Next-Door Nightmare: Everything We Know

Directed by Gordon Yang, Lifetime’s ‘Next-Door Nightmare’ (also titled ‘My Next-Door Nightmare) is a thriller drama film that revolves around Sarah and Kyle, a happy young couple who is moving into their new home with hopes of a better future. They are also expecting a baby soon, and the lovers can’t be any more excited. When they finally reach their house, Helen, their new neighbor, welcomes the couple and is surprisingly kind and helpful to them. Touched by her compassion, Sarah and Kyle welcome her into their lives with open arms.

However, little do they know that Helen has had her own share of loss in her life, and she is not as harmless as she appears. As the story unfolds, it turns out that the couple has made the worst mistake of their lives by forming a relationship with their neighbor, who is clearly not emotionally and mentally stable. With all its drama and unexpected twists, the thriller film keeps viewers hooked throughout. It is intriguing enough to compel many to wonder about its origin, cast, or filming details. If you are looking for similar information, you have come to the right place. Here’s everything you need to know.

‘Next-Door Nightmare’ was filmed extensively in Ontario, Canada. Located in the east-central parts of the Great White North, the province is best known for its freshwater lakes. Although the Canadian film industry is mostly limited to British Columbia, which attracts a significant portion of film projects, Ontario is also a sought-after shooting destination, especially for Lifetime movies.

Over the years, the region has hosted the production of several well-known Lifetime films like ‘A Date With Danger,’ ‘Believe Me: The Abduction of Lisa McVey,’ ‘A Mother’s Lie,’ and ‘Evil Stepmom.’ Curious about the exact filming location of the Gordon Yang directorial, we dug deeper. Here’s everything we could find out!

Filming for the thriller film extensively took place in Ottawa. Located in the southeastern region of Ontario, the capital city is known for its tasty cuisine, musical festivals, mesmerizing natural locales, and ice skating rinks. Several first-rate film production facilities like Tarzan Studio, Cloud in the Sky Studios, and GHOB Studios are all located in Ottawa. Therefore, it is not surprising that the city hosted the production of ‘Stalked By My Lover,’ ‘Escaping My Ex,’ ‘Pretty Cheaters, Deadly Lies,’ ‘The Christmas Setup’ and ‘Christmas Carousel.’

Julia Borsellino headlines the Lifetime film by essaying the role of Sarah Collins. You may recall watching her on ‘On the Basis of Sex’ or ‘You May Kiss the Bridesmaid.’ Mark Taylor appears as Sarah’s husband, Kyle Collins. The Canadian actor is best known for his roles in ‘Seventeen Again’ or ‘Student Bodies.’ Deborah Grover, whom you may recognize from ‘Night Heat,’ plays the role of Helen Henderson.

Is Next-Door Nightmare Based on a True Story?

No, ‘Next-Door Nightmare’ is not based on a true story. Deborah Grover’s amazing performance as Helen Henderson and the realistic portrayal of a mentally and emotionally unstable woman who sees her neighbor as her daughter may make one think that film has some truth to it. However, it’s merely a dramatization of Stephen Romano’s captivating script that delves deeper into issues related to mental health. According to WHO, 15% of people aged 60 and above have to deal with some sort of mental health disorder, Dementia and Depression being one of the most common among them. 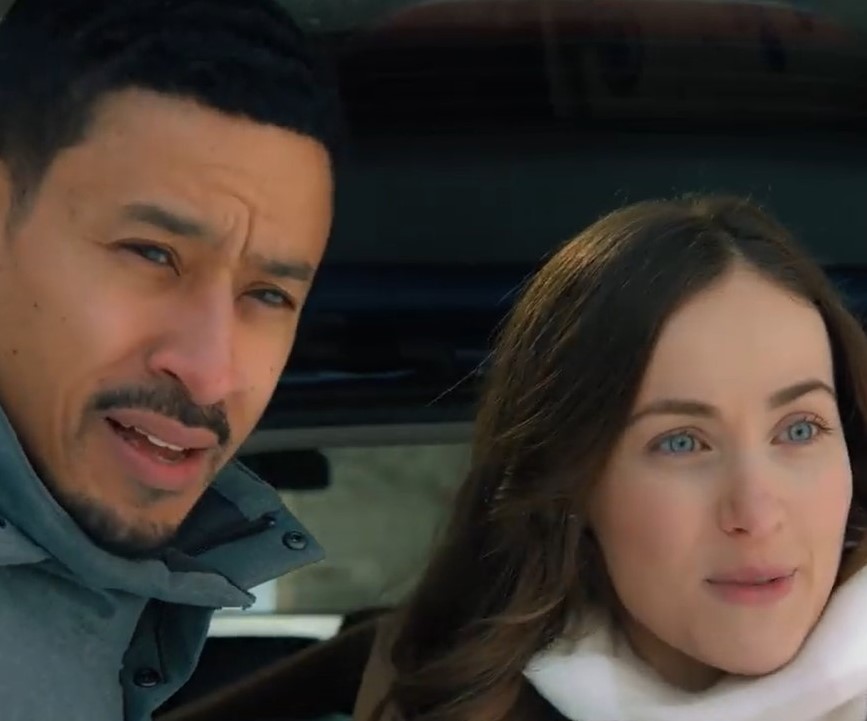 Dementia affects an estimated 50 million people around the world, and its typical symptoms include deterioration of memory. Although Helen (Deborah Grover) is unlikely to have it, the statistics go on to prove that there are people worldwide who face a similar identity crisis and confusion as Helen because of mental health disorders that lead to memory loss and other horrifying symptoms. It appears that through the film, Romano tried to bring attention to such pressing issues. However, that should not give viewers the idea that the film portrays the story of someone in particular.

Furthermore, the plotline revolving around a dangerous neighbor/tenant that puts the life of a happy couple/family at risk has been explored in several other Lifetime movies like ‘The Killer in My Backyard,’ ‘Room for Murder,’ and ‘Nightmare Tenant.’ Just like all of the aforementioned films, ‘Next-Door Nightmare’ has made use of themes like deception and betrayal to drive its fictional narrative. Therefore, it is safe to incur that the film does not in any way focus on the life of any specific individual or group of people.