Written and directed by Nikyatu Jusu, ‘Nanny’ is a horror thriller movie that navigates the life of an immigrant, Aisha, as she makes her way to fulfilling her American dream. In Upper East Side New York, she works as a nanny to take care of a kid. In the meanwhile, her personal life unravels as she is haunted by visions and mystic creatures. From the difficult journey of an immigrant, and their struggles to adjust to a strange, new place, ‘Nanny’ features such elements to bring out the plot of the movie.

Moreover, the impressive performances by Anna Diop and Michelle Monaghan elevate the appeal and keep you hooked throughout. If you want to watch movies that revolve around themes like the experiences of an immigrant and their will to make it big and achieve their goals, then the following recommendations are perfect for you. You can watch most of these movies similar to ‘Nanny’ on Netflix, Hulu, or Amazon Prime. 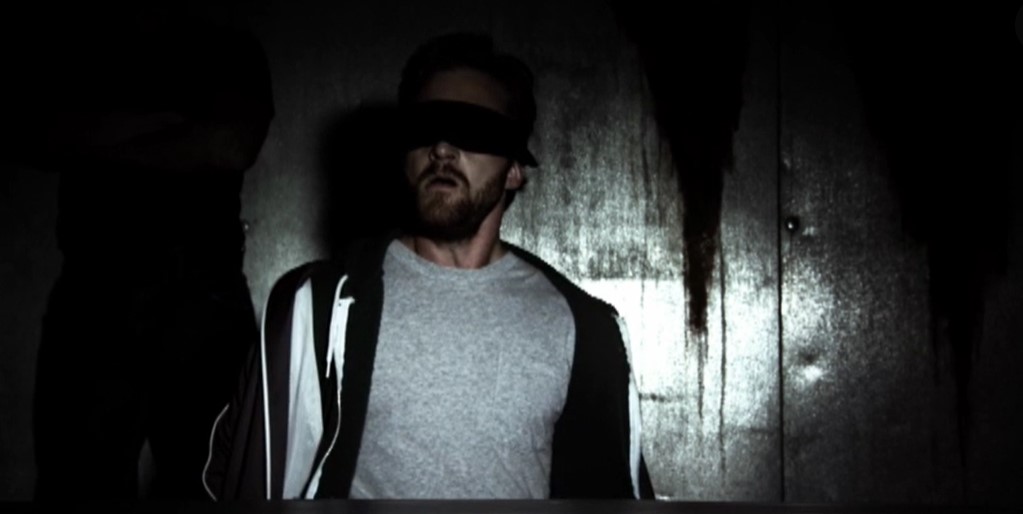 A group of illegal immigrants is seized by a band of vicious extremists in New Mexico. Consequently, the plans of the documentary crew that’s accompanying them get derailed. Co-written and directed by Chris Peckover, the movie sheds light on the sadistic means of rival gangs in the ungoverned parts of some countries. ‘Undocumented’ features Scott Mechlowicz, Alona Tal, and Yancey Arias in lead roles. The work and professional lives of immigrant workers find adequate portrayal in both ‘Nanny’ and ‘Undocumented.’ 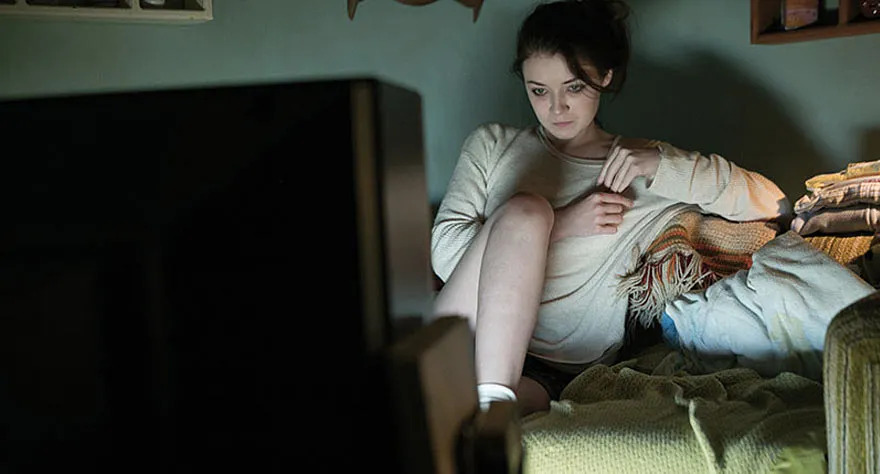 Starring Sarah Bolger, Carly Adams, and Elisha Ali, the horror thriller movie makes use of an eerie and mysterious aura to build terrifying situations. When a couple’s substitute babysitter takes their kids to a number of bizarre antics, they realize they got more than they bargained for. Michael Thelin is the director of the movie. It reflects the relationship between a nanny and the kids. The latter are very receptive and can sometimes recognize what the adults miss out on. Aisha is also a nanny in the movie ‘Nanny.’ Additionally, both nannies in the movies seem to have spooky experiences in their professional lives.

Co-written and directed by Max Pachman, the horror thriller movie reveals the reality of immigrant workers in the modern world. For a crew of illegal day workers employed by an affluent couple, the American Dream becomes a nightmare. What they thought would be their largest payoff turns out to be a terrible battle for survival. Starring Lynn Collins, Rigo Sanchez, and Josue Aguirre, the movie stands true to its core aspect. Like ‘Nanny,’ ‘Beneath Us’ is also a movie about an immigrant’s journey toward the American Dream.

Amanda Seyfried gives a hauntingly brilliant performance as the lead character in the horror mystery movie ‘Things Heard & Seen.’ Catherine and George move to a new home. However, sinister occurrences threaten to unravel their home as well as their married life. The movie is adapted from the novel ‘All Things Cease to Appear’ by Elizabeth Brundage.

Directed by Shari Springer Berman and Robert Pulcini, the movie portrays the unsettling elements of a new place and how tough it is to adjust to a whole new world. Like Aisha, Catherine also finds it difficult to make herself home in a different place. Furthermore, evil and terrible happenings surround the lives of both female protagonists.

Adam Nevill’s novel forms the basis of this horror mystery movie. An immigrant seeking the American Dream gets herself trapped in a nightmare after being compelled to accept a room in a boardinghouse. Santiago Menghini directed the movie, which revolves around the protagonist’s struggles to find a home in a strange place. Furthermore, both ‘Nanny’ and ‘No One Gets Out Alive’ explore the exploitative nature of wealthy people who look for cheap labor in the form of immigrant workers. The journey to fulfill the American Dream is also prominent in both movies.

A war-torn South Sudanese refugee couple executes a perilous escape, but they subsequently struggle to cope with their new life in an English village where evil lurks in the shadows. Directed and co-written by Remi Weekes, the horror thriller movie reflects the harrowing reality of immigrants. Cruel working conditions, less pay, and being away from home can be a horrifying reality for so many immigrants. Consequently, Aisha in ‘Nanny’ also feels underpaid and overworked like immigrants in ‘His House.’ 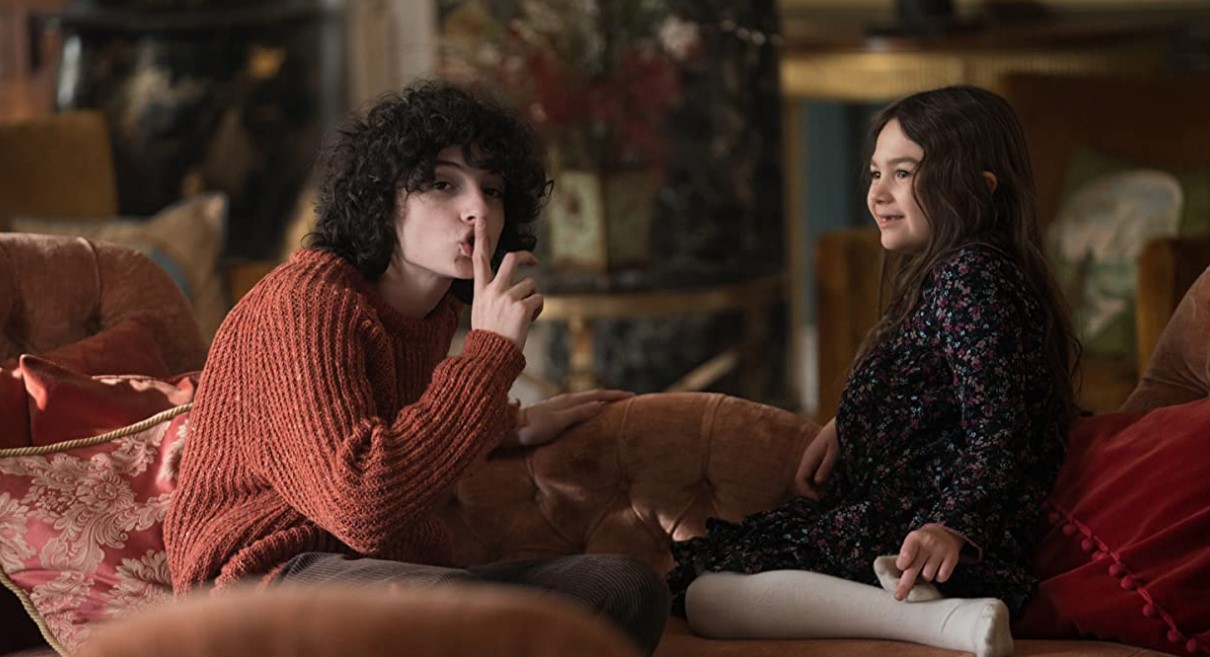 Directed by Floria Sigismondi, ‘The Turning’ is a horror thriller movie. An orphaned daughter is placed in the care of a young governess, but when the girl’s troublesome brother returns, old truths are revealed. It is a contemporary interpretation of the 1898 book ‘The Turn of the Screw’ penned by Henry James. Rather than being jump scary, the movies use creepy and dull scenes to accentuate an unnerving setting. Aisha and the governess find themselves in similar situations where they face mysterious circumstances. Moreover, they are both unable to make sense of what is happening around them.

Christine is a fashion designer. Her life is great until she contracts a strange sickness that confounds her doctors and frustrates her husband. When Diana, a nanny, arrives to take care of their kid, she ends up helping Christine as well. The Filipino caregiver employs traditional folk remedies that in turn uncover a horrible reality. Directed by Lorcan Finnegan, the thriller movie ‘Nocebo‘ focuses on the trials of immigrant life. Like Aisha in ‘Nanny,’ Diana is also a nanny from another country. She finds it difficult to adjust to the new life in a strange place. The surrounding hauntedness and mystery make both movies more interesting.