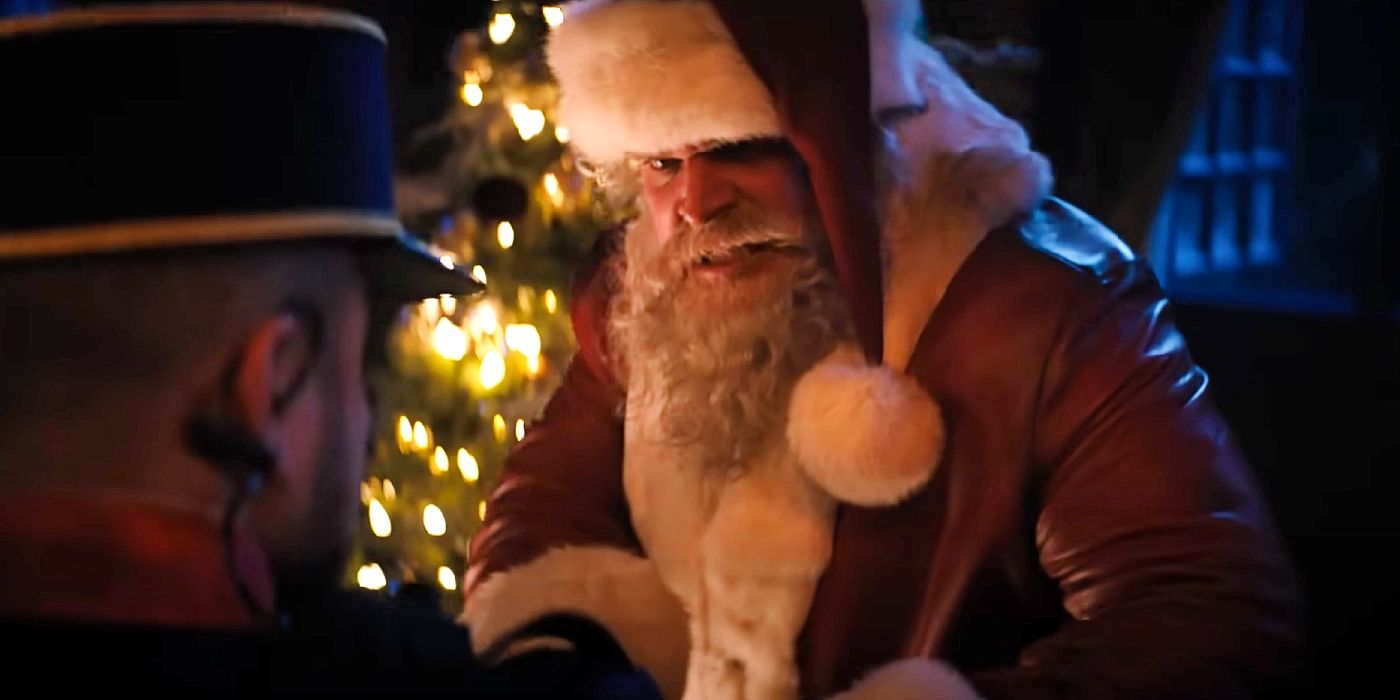 ‘Violent Night’ is an action comedy movie that features the violent expeditions of the beloved Santa Claus. When the Lightstone family is taken hostage in their own mansion by a set of heartless mercenaries, Santa has to resort to violence to punish the people on his naughty list. Along the way, Santa also comes to terms with his past and the inner conflicts he faces. Directed by Tommy Wirkola, the movie features David Harbour, John Leguizamo, Leah Brady, and Beverly D’Angelo in central roles.

Furthermore, the movie portrays a very unique and interesting outlook of Santa. It blends the image of a warm and cuddly Saint Nicholas with the one that has a violent past and does not have it all figured out. If you want to watch movies that revolve around themes of violence around Christmas and Santa going rogue, then the following suggestions are perfect for you. You can watch most of these movies similar to ‘Violent Night’ on Netflix, Hulu, or Amazon Prime.

‘Fatman’ is a tale of revenge set against the cheery Christmas spirit. After he receives a lump of coal as a Christmas present, 12-year-old Billy hires a hitman to kill Santa. Meanwhile, Santa is no pushover. He is protecting his business and can defend himself against the attack. Because it takes its subject seriously and features a not-so-jolly gun-toting St. Nick, ‘Fatman’ is hilariously entertaining.

Moreover, the action comedy movie is characterized by blazing shootouts and bare-knuckle fights. The movie has been written and directed by Eshom Nelms and Ian Nelms. Besides being of the same genre, both ‘Violent Night’ and ‘Fatman’ feature Santas as brave fighters. They can handle a gun, just as they can handle their sack of magic gifts.

We have encountered various ghosts and ghouls, from mythic creatures to a ghastly version of Santa. With John McPhail at the helm, the comedy horror movie ‘Anna and the Apocalypse’ features zombies and those too in a musical version. When the Apocalypse hits Anna’s quaint town called Little Haven, she resolves to protect herself and her friends from the tragedy.

The movie is about a desperate race to survive and escape the undead monsters during Christmastime. This tale of epic survival is similar to the situation of the Lightstone family in ‘Violent Night.’ They also face death as the mercenaries take them hostage. The common people show bravery and remain confident in the face of adversity in both movies.

In this twisted Christmas movie ‘Once Upon A Time At Christmas,’ a serial killer couple stalks a small town. They do so while masquerading as Santa and Mrs. Claus. On the other hand, a teenager and a rookie officer must figure out the connection behind the fairly unrelated killings. The endlessly entertaining film features several inventive killings carried out by an intriguing recreation of the pair in focus. Though viewers are accustomed to seeing violent Santa like in ‘Violent Night,’ this horror film also includes a murderous Mrs. Santa Claus. Thus, creating a darkly humorous and macabre Christmas tale akin to ‘Violent Night.’ 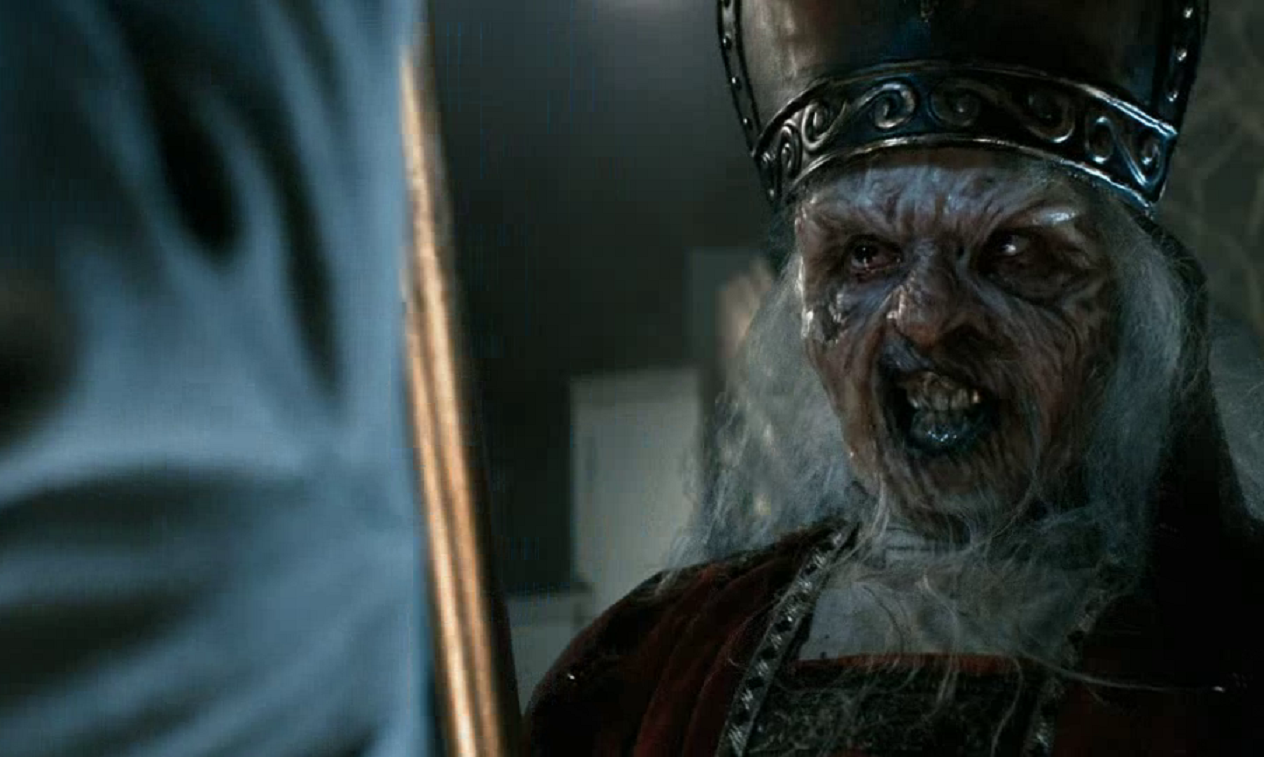 The religious symbol is introduced in ‘Sint’ as an unearthly apparition who seeks terrible vengeance by returning to the world of the living. He hunts children and kills them around Christmas Time. ‘Sint’ is a sophisticated holiday horror film with a genuinely disturbing story. It also features a spooky mood and chilling and nightmarish visuals.

Directed and produced by Dick Maas, the Dutch movie moves swiftly to keep the viewers engaged. The character Sint can be seen more closely similar to the past of Harbour’s Santa, even though he was never evil or killed children. The violence and brutality of both are parallelly alike.

Directed by Michael Dougherty, the comedy fantasy movie is based on an old folktale. Although Max is not the sole kid in the family, it is his lack of holiday spirit that triggers the return of the evil Krampus. The hungry, horned monster wrecks havoc all around him after being released upon an unprepared population. ‘Krampus’ has a fresher perspective as compared to other mythic movies. With Adam Scott and Toni Collette’s compelling performances as Max’s parents, it is funny and features gory scenes similar to the ones in ‘Violent Night.’ Both Santa and Krampus employ magic to get their work done.

‘Silent Night’ is a loose remake of the 1984 movie ‘Silent Night, Deadly Night.’ Both films feature a similar story. Sheriff Cooper and rookie deputy Aubrey Bradimore must stop a mysterious individual masquerading as Santa Claus from executing a killing spree. They pinpoint their potential criminal list as the victims pile up on Christmas Eve. The movie is directed by Steven C. Miller. Besides the trope of featuring a violent Santa, the movie packs violence and gory scenes just like ‘Violent Santa.’ 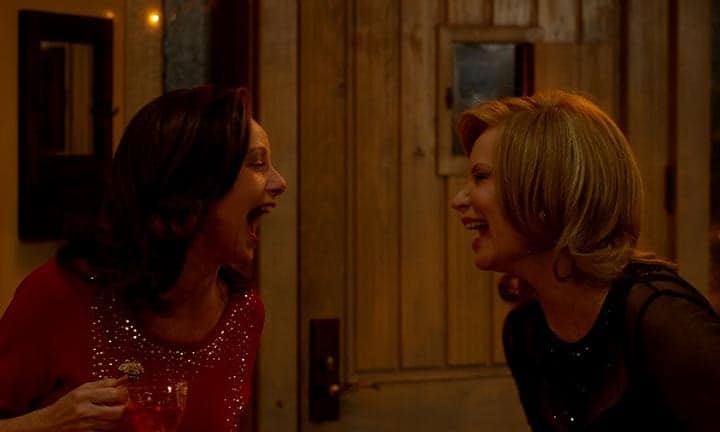 Christmas brings families together, but no one anticipates the outcome as presented in ‘Secret Santa.’ When someone in the family exacts retribution, the annual Christmas dinner brings new waves of death. A hero emerges from the crimson mayhem and must overcome all obstacles to put an end to the epidemic before it’s too late.

Co-written and directed by Adam Marcus, the action comedy movie showcases a bloody mess of issues in the family. Just like the Lightstone family in ‘Violent Night,’ this family also bickers and fights endlessly. The consequences of the two movies might end differently, but the portrayal of family issues and rivalries is very similar.

Billy Bob Thornton portrays a drunken, malodorous huckster in the movie ‘Bad Santa’ who moves from mall to mall while posing as Santa one day and robbing the establishment the next. But when the eponymous Santa develops a strange bond with a kid named Thurman,  who faces constant bullying, it changes the course of both their lives. This is very similar to the friendship between Harbour’s Santa and the little girl named Trudy.

When faced with deadly circumstances, Trudy and Santa develop a good rapport as a mercenary combat squad, just like Santa and the kid in ‘Bad Santa.’ Directed by Terry Zwigoff, the 2003 film’s portrayal of Santa is similar to the one in ‘Violent Night’ as both are tired of their lives and like getting drunk.