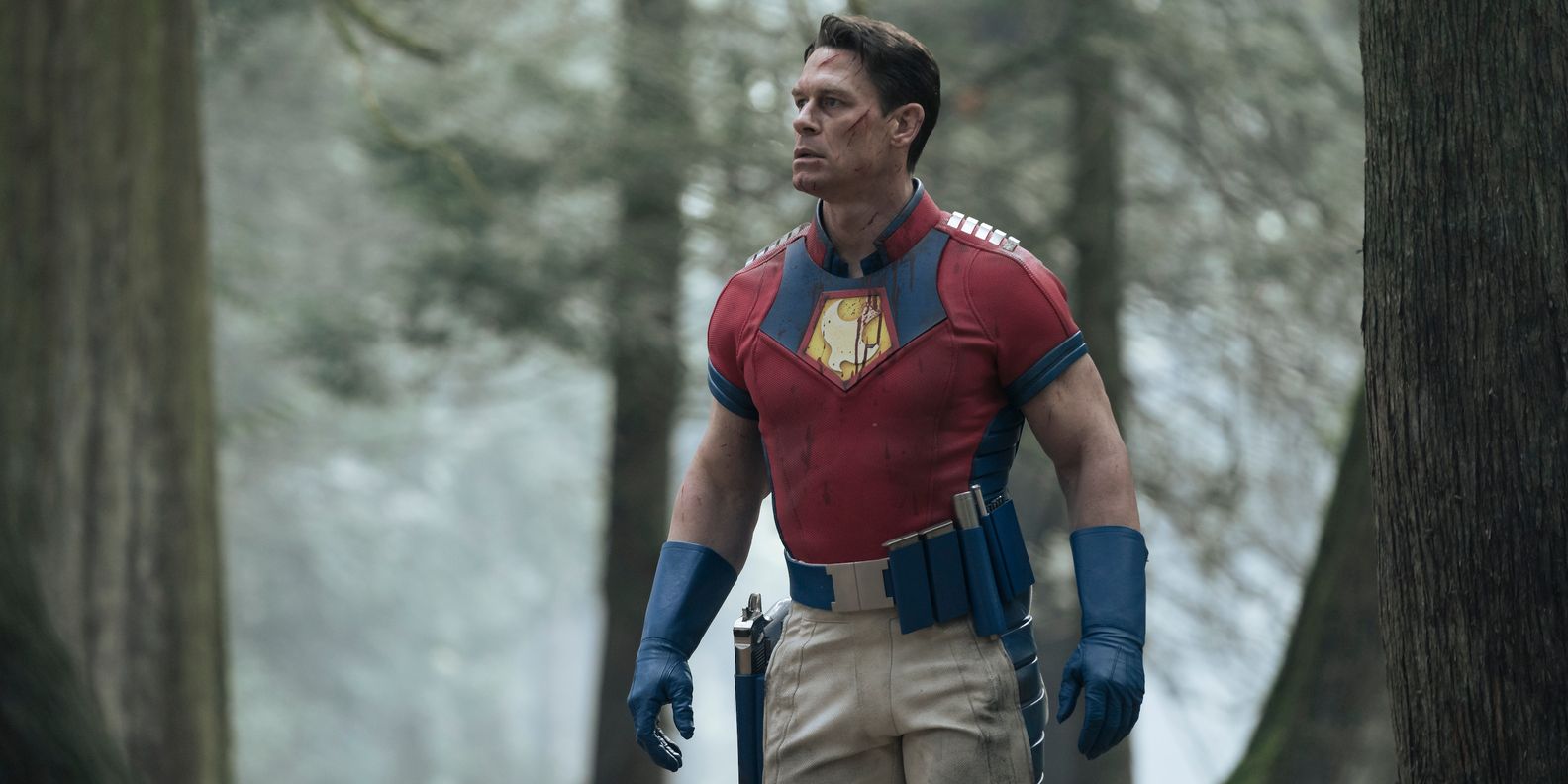 ‘Peacemaker’ takes viewers on a rollercoaster ride that reaches its climax with a spectacular season finale. In the final episode of season 1, Peacemaker and his team prepare to fight an alien invasion with minimal resources and no hopes of a backup. As the threat of the Butterflies looms large, our heroes accept the challenge and put up a fight against the aliens. Naturally, viewers must be wondering whether the titular anti-hero and his peers succeed in their mission and what prices they pay along the way. In that case, here’s everything you need to know about the ending of ‘Peacemaker’ episode 8! SPOILERS AHEAD!

The eighth episode of ‘Peacemaker’ is titled ‘It’s Cow or Never’ and opens with Adebayo apologizing to Peacemaker about planting the diary at his house. Soon, the group arrives near the Cloverdale Ranch where the Butterflies are keeping the Cow, an alien who creates food for them. Adebayo calls Amanda Waller and reports the situation while requesting backup. However, Harcourt insists they have very little time before the Butterflies teleport the Cow away. Therefore, the team must quickly come up with a plan to kill the Cow and stop the Butterflies’ plan from succeeding.

Adebayo suggests using Peacemaker’s sonic boom helmet to eliminate the Butterflies patrolling the ranch. However, when Peacemaker tries to use Eagly‘s help in strategically placing the helmet near the barn, the bird drops the helmet in the woods. The team recovers the helmet, but Peacemaker is haunted by the vision of his dead father, August Smith. The team dresses up John like one of the officers to infiltrate the ranch and place the helmet. However, John becomes scared after seeing the Cow and drops the helmet before fleeing. John is caught, but Adebayo blows up the ranch with the sonic boom helmet to create a distraction.

The Butterflies retreat, and Peacemaker, Vigilante, and Harcourt decide to power their way through the enemies and kill the Cow. However, during the ensuing fight, Peacemaker gets trapped under rubble. On the other hand, Vigilante and Harcourt sustain injuries and get knocked out. Adebayo intervenes and takes out the remaining Butterflies. However, before she can save Peacemaker, Detective Song saves him and reveals the aliens’ actual plan. In the end, based on the newly acquired knowledge, Peacemaker must make a decision that will decide humanity’s fate.

Peacemaker Season 1 Ending: Is the Cow Dead? What Happens to the Butterflies?

In the episode’s final act, Peacemaker learns from the Queen Butterfly residing within Detective Song’s body of the aliens’ true plan. The Butterflies came to Earth from their home planet, which became uninhabitable. While they were quietly surviving on Earth, they realized that the humans were making the same mistakes that their race did. Therefore, the Butterflies take it upon themselves to stop humanity from destroying themselves. Thus, by taking over the bodies of important figures across the globe, the Butterflies are furthering their agenda. 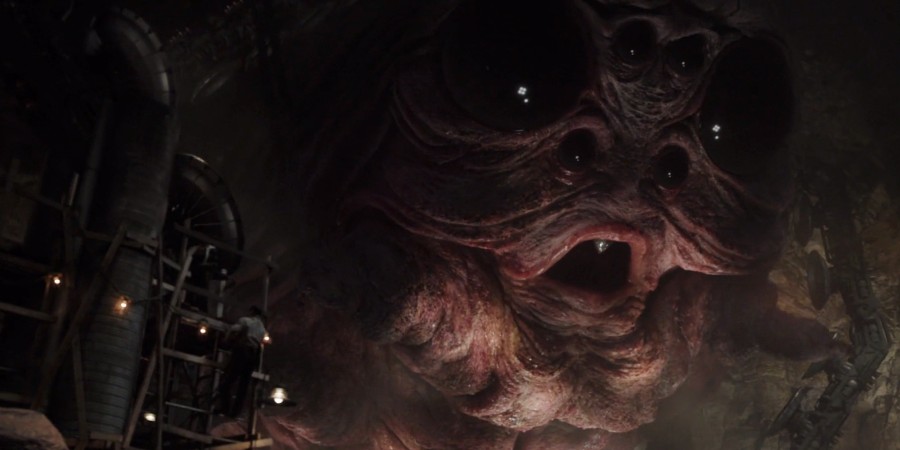 Peacemaker is offered a chance to join the Butterflies. Like the Butterflies — who have vowed to protect humanity no matter how many lives it costs — Peacemaker also believes in peace at any price. Therefore, it seems like the ideologies of Peacemaker and the Butterflies are aligning. However, at the last moment, Peacemaker outwits the Queen Butterfly and uses the human torpedo helmet worn by Adebayo to kill the Cow. With the Cow dead, the Butterflies have no chance of surviving on Earth and will soon cease to exist.

In the end, Peacemaker saves the day with help from his teammates. The hero also completes his redemption journey by making the morally correct choice only after carefully examining the cost of his decision. As the team walks away, the Justice League arrives to lend a hand. However, they are too late, and our heroes have everything under control. The moment serves as a visual motif for the significance of the team completing the mission and showing immense courage in doing so. Ultimately, Peacemaker, Adebayo, Harcourt, John, and Vigilante prove that they are no less than Earth’s premiere superheroes.

What Happens to Peacemaker? Did He Earn His Freedom?

With the threat of the Butterflies nullified, Peacemaker can now look towards his future. After Harcourt regains consciousness, she and Peacemaker share a tender moment that signals the start of an actual bond forming between them. In the final moments, Adebayo comes clean to the media about the origins of Peacemaker’s diary. She blames her mother, Amanda Waller, for using convicts for black ops missions as part of her Task Force X. Thus, Adebayo thwarts Waller’s attempt to make Peacemaker the fall guy for Project Starfish. In the end, Peacemaker seems to have earned his freedom and returns to his trailer home.

A different challenge awaits the hero in the episode’s closing moment. The Queen Butterfly returns to Peacemaker, who feeds her the last yellow liquid. Eagly is also by his side, and it seems like Peacemaker will crack open a beer and enjoy the sunset. Peacemaker experiences a corporeal version of his father joining him as he sits outside his house. The moment signifies that Peacemaker continues to be haunted by his father’s death.

Moreover, the mistreatment from his father has already twisted the hero’s psyche. Therefore, it will be interesting to see how Peacemaker deals with his growing psychological issues in the future. Peacemaker’s struggles with his mental health could end up risking his or his teammates’ life in the field of action. However, those are problems we will worry about another day. As the season finale closes out, Peacemaker enjoys a much-needed break.