13 Podcasts You Must Listen to if You Love Limetown 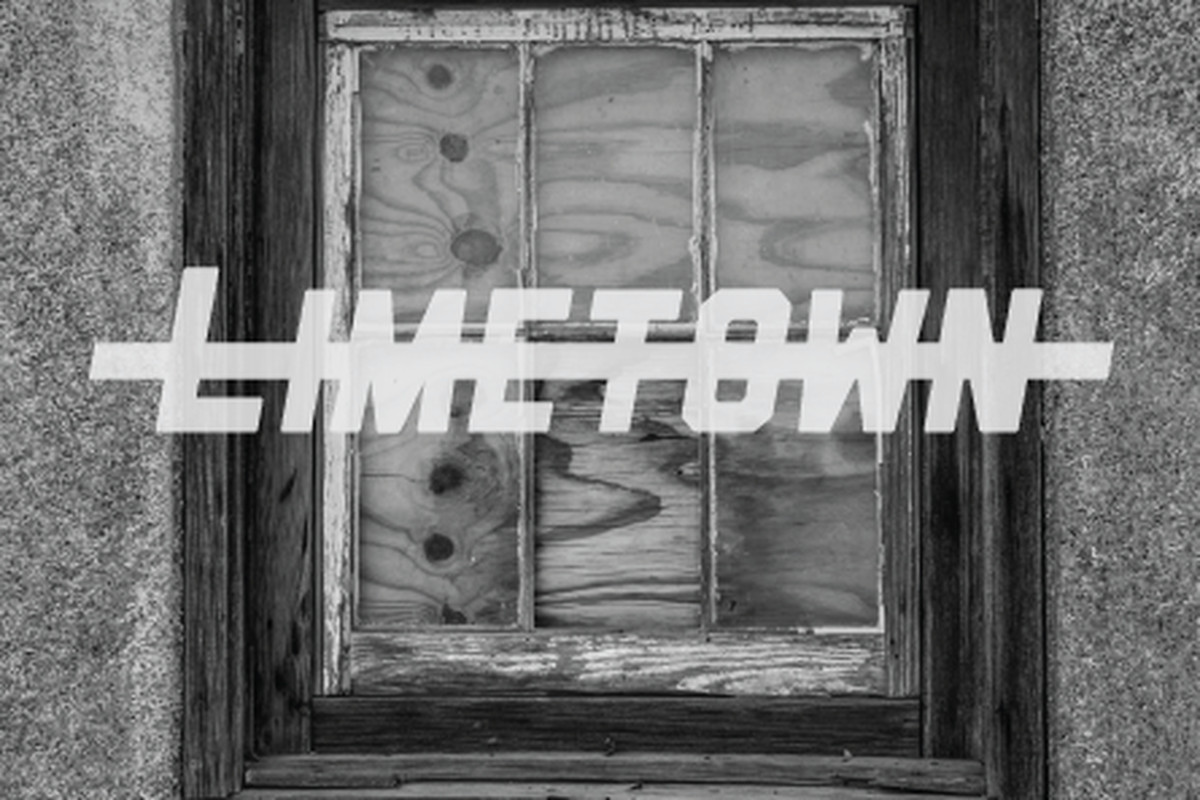 ‘Limetown’ is a fiction podcast produced by Two-Up Productions and follows the story of an investigative journalist trying to uncover the mystery of an event that took place in a scientific facility. It is an engrossing thriller that has heavy undertones of horror and sci-fi. The success of the podcast got the production company a book deal with Simon and Schuster. A TV series of the same name, starring Jessica Biel and Stanley Tucci is set to premiere on Facebook Watch on October 16, 2019.

The narrator of the podcast is a woman named Lia Haddock. Her uncle Emile used to work in Limetown, a research facility in Tennessee. Ten years ago, every single resident of the place vanished into thin air. 300 people! Many investigations were conducted but not a single resident was found and neither was the mystery of “what happened in Limetown” resolved. Now, Haddock has decided to do some digging of her own. What she doesn’t know is that she is going down a very dangerous path. If you love ‘Limetown’ and are looking for similar podcasts, then you have come to the right place. Here’s the list of best podcasts similar to ‘Limetown’ that are our recommendations. You can watch several of these podcasts like ‘Limetown’ on iTunes, Stitcher, Spotify or even YouTube for free. 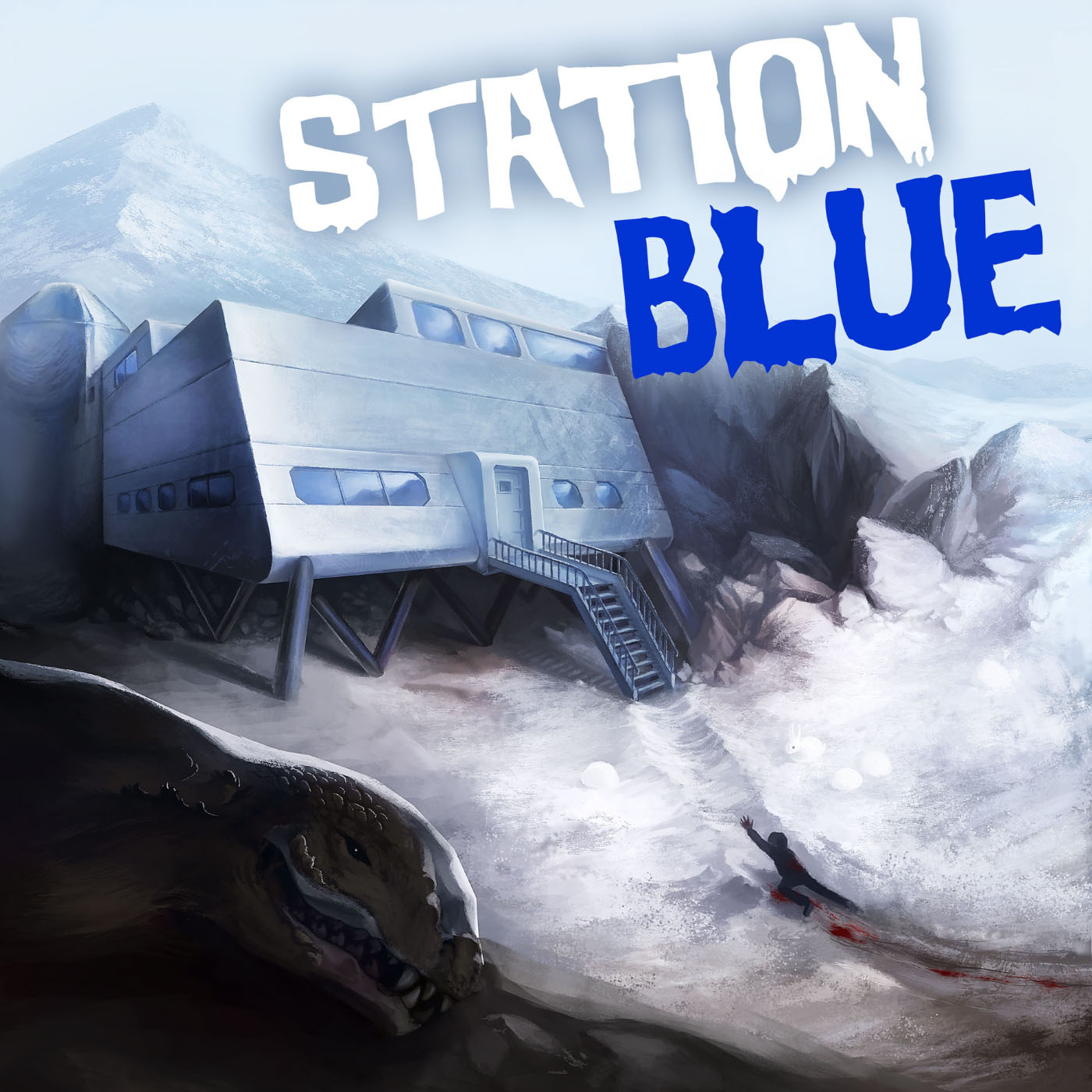 Another scientific facility, another lone person trying to solve the mystery behind it. ‘Station Blue’ is the story of young Matthew Leads. He is troubled and confused, and nothing good is happening in his life. He thinks that some solitude will do him good, so he takes the job of a caretaker at an Antarctic Research Facility. Living in isolation, will Matthew find peace of mind? Or will he lose whatever shred of sanity he is holding on to? He has come so far with his mental baggage. What will happen when he needs some help? You can listen to all episodes of this podcast here. 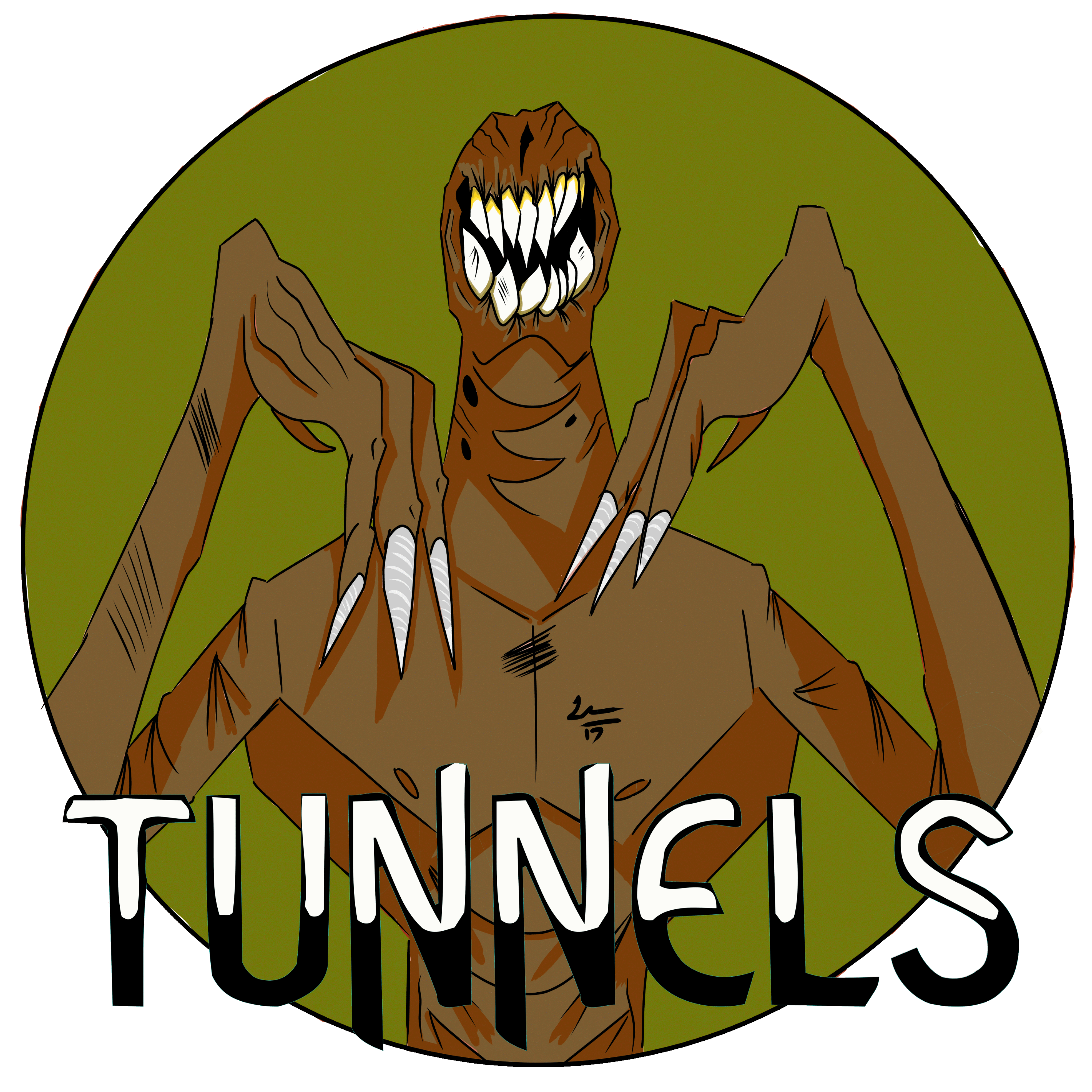 Griffin is a small town in Georgia, a quiet, quaint place where nothing ever happens. When Robert Chauncey got to know about this place, he found out a peculiar detail. The town has an elaborate system of underground tunnels. Further investigation revealed that people prefer to stay away from them. Reason? Something deadly resides there. You can hear the strange sounds that ignite equal part intrigue and equal part horror. Will you let your intrigue get the best of you? Will you go down into the tunnels to see what lives there? You can listen to all episode of ‘Tunnels’ here. 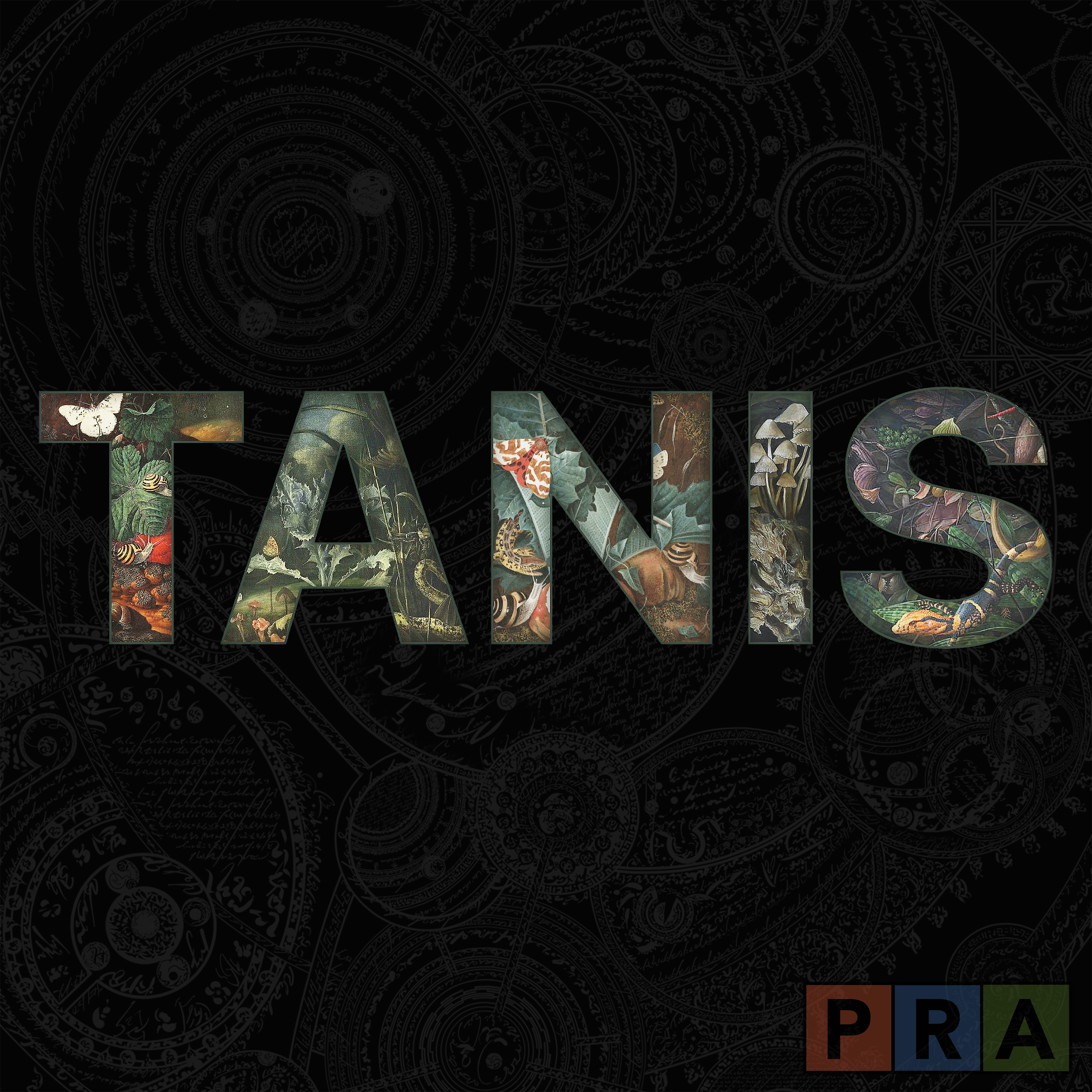 If you like investigative podcasts that are similar to ‘Serial’ in their presentation, then you should give a try to ‘TANIS’. This podcast follows Nic Silver (voiced by producer Terry Miles), who discovers a strange thing called Tanis. He doesn’t know what or who it is. He only got to know about it while investigating something else. The first time, he didn’t pay attention to it. But when he heard about it from another source, he knew he had to look into it. He created a podcast in an effort to demystify its meaning and is joined by other specialists who look into it. You can listen to all episodes of this podcast here. 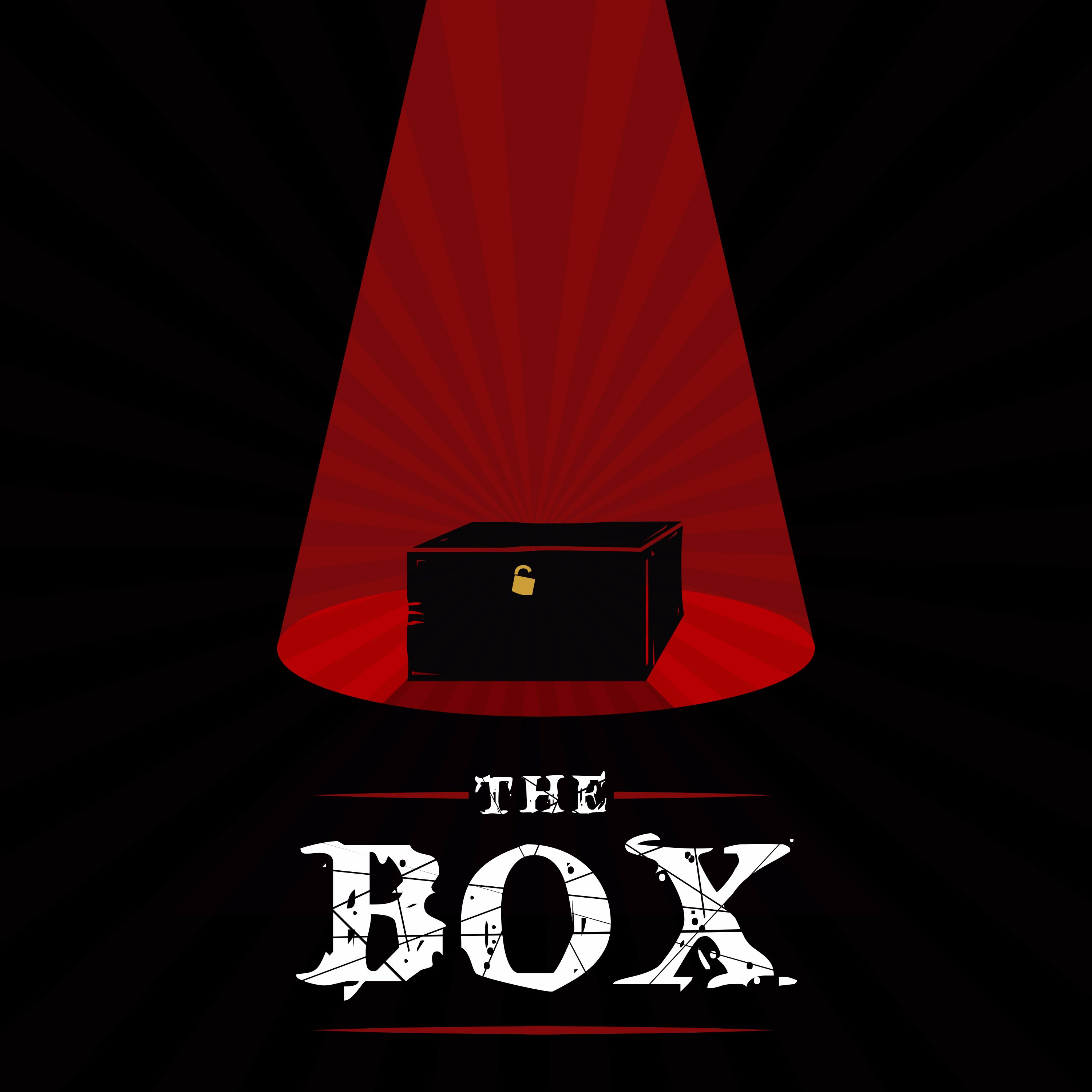 Reading other people’s journals is an interesting thing. You get to know what a person really was by reading their entries. This is their perception of themselves and the events around them, unbiased and unfettered. When Addison Gilmore found a box of old journals, she discovered that the owner had had some bizarre experiences. The case of missing children, a strange scientific discovery, a peculiar girl. At first, Addison thinks it is all a joke, a figment of someone’s imagination. But as she further reads into it, she realises that there is a whole other world out there – a dark world that she is a part of now. You can listen to all episodes of ‘The Box’ here. 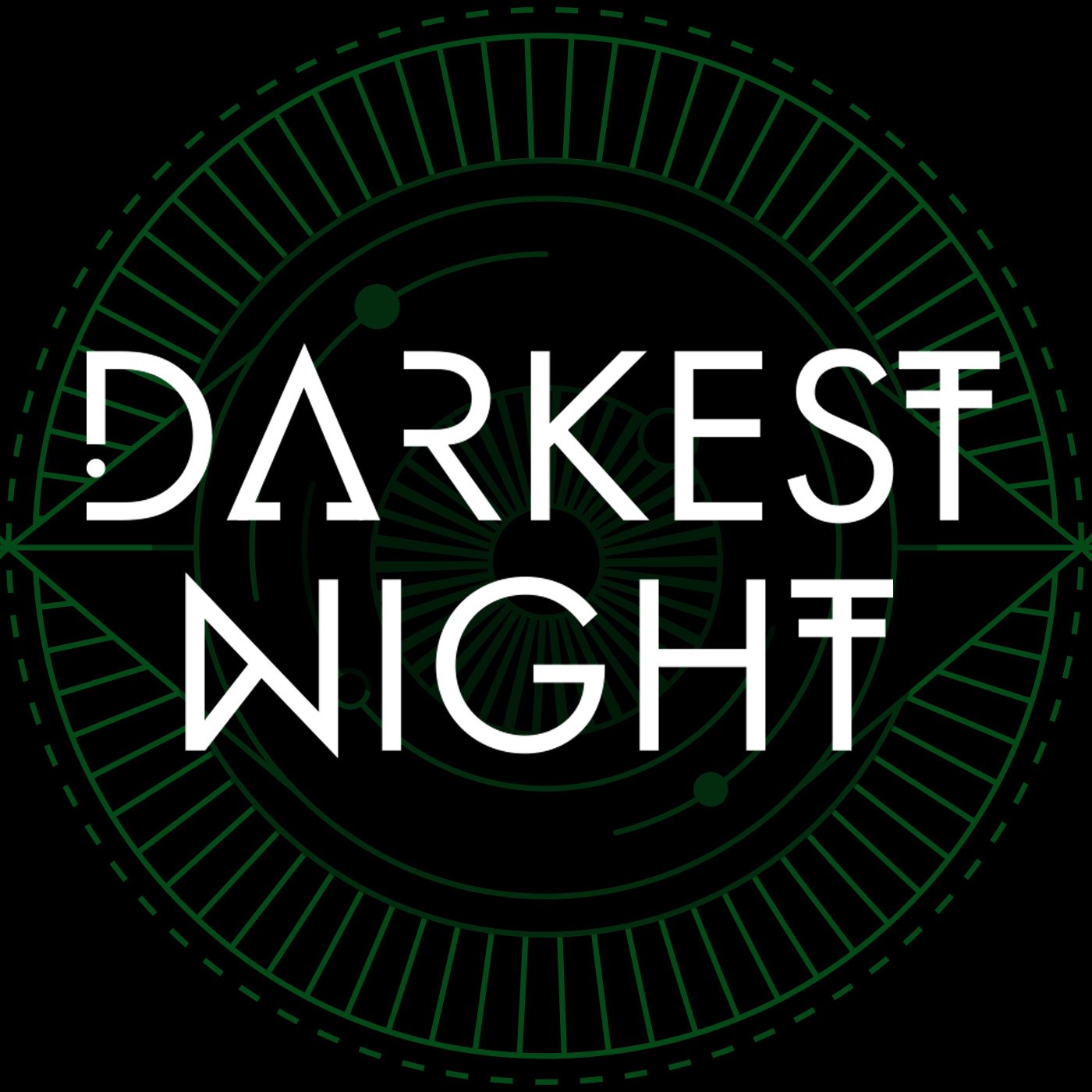 Ever wonder about death? Where do people go after their clock stops ticking on the Earth? If not such philosophical musings, do you wonder what was the last thought in the mind of the dying person? What was their last memory? ‘Darkest Night’ takes you on an audio journey where you get to listen to the recovered memories from the mind of a deceased person. It plays out like it is happening around you, so you get the same experience as the deceased. Now, what you have to do here is to figure out why people are dying. Are you up to the task? Catch all episodes of ‘Darkest Night’ here. 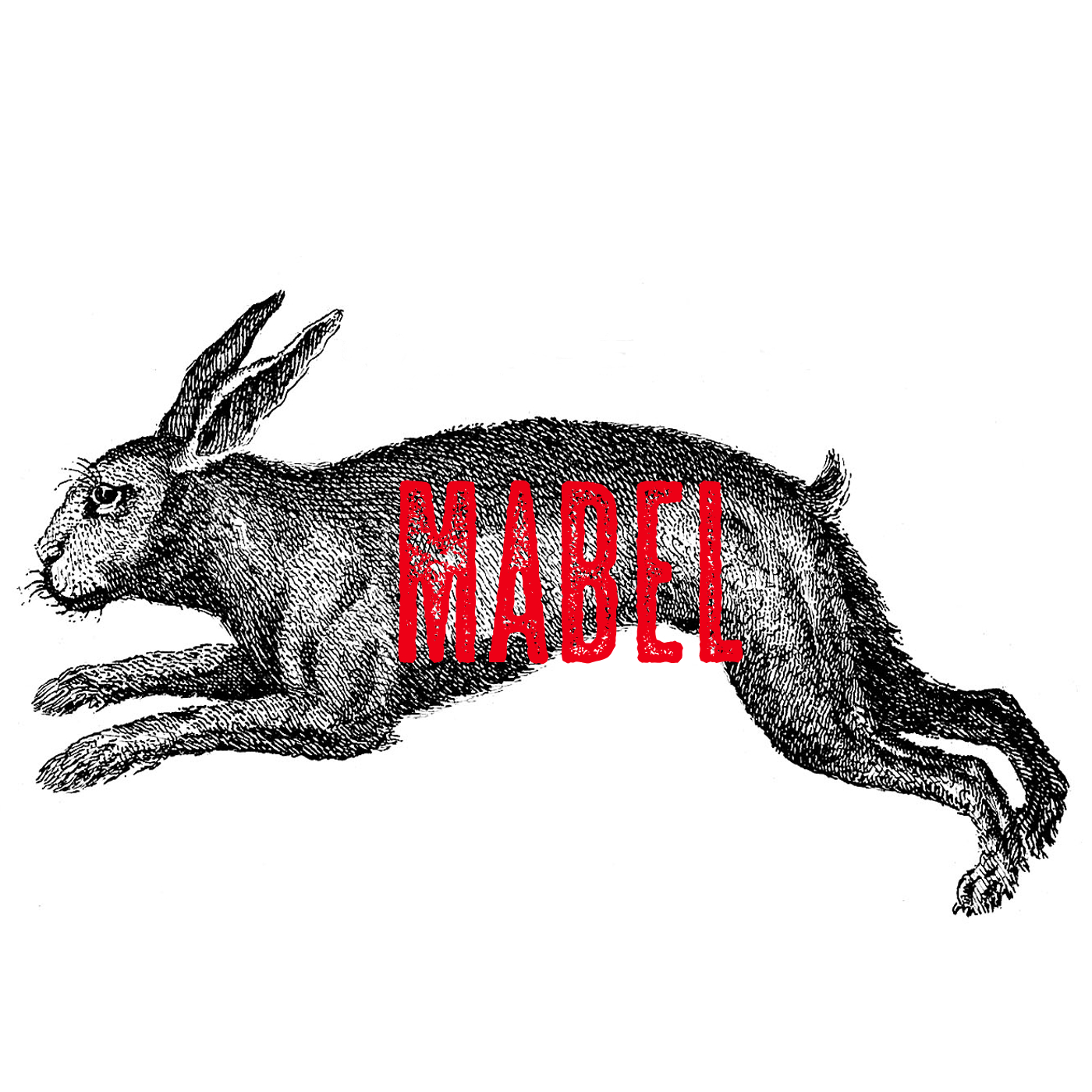 Anna cares for an elderly woman. Despite having her under her care, Anna barely knows anything about this woman or her family. But that’s not her job. She’s getting paid for caring for the old woman, so she doesn’t poke around much. But one day, an emergency leads her to look up the woman’s family and finds out about her estranged granddaughter called Mabel Martin. Her quest to look for Mabel leads her down a dangerous path where strange things happen and the stakes rise with every step. You can listen to all episodes of this podcast here. 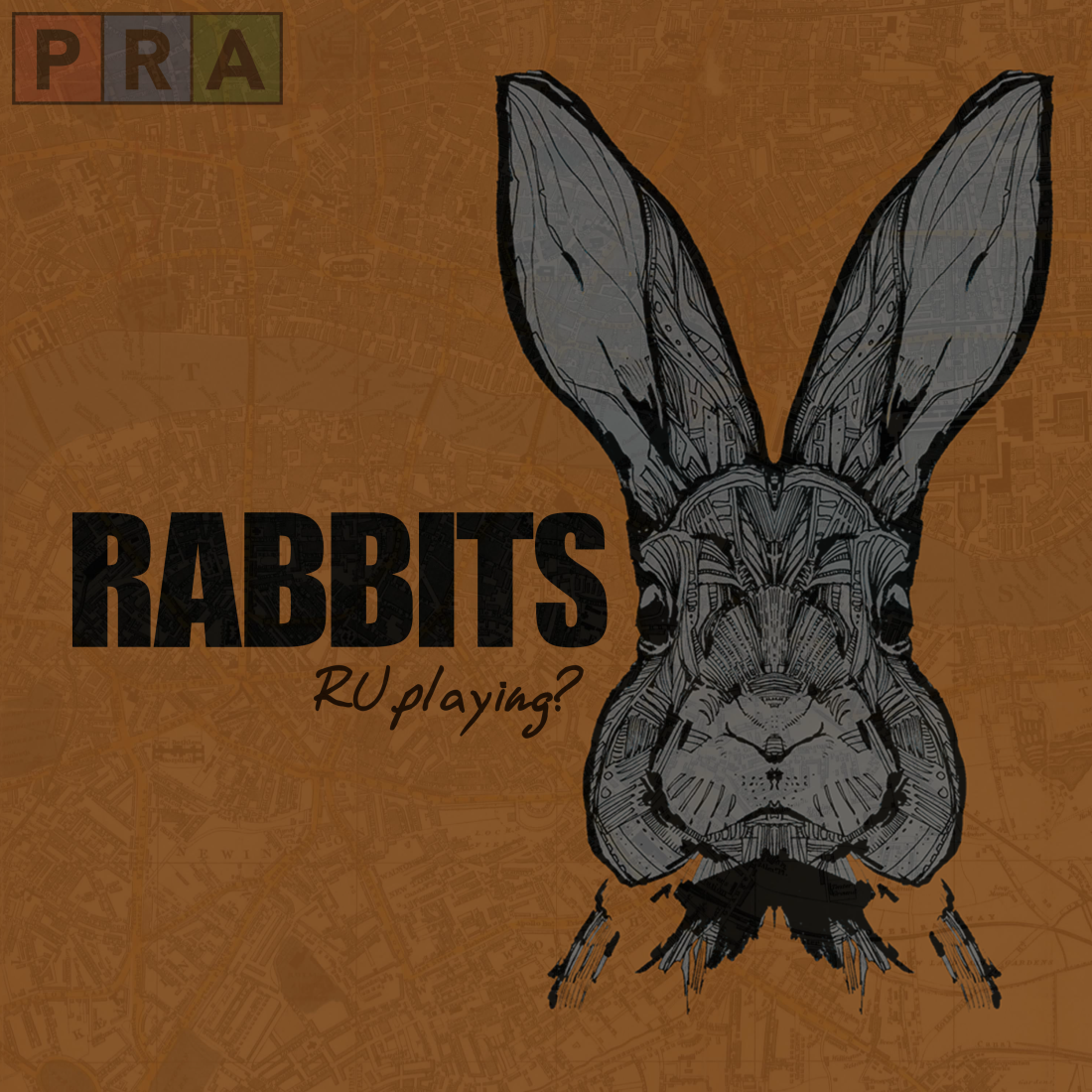 If you are into video games, then ‘RABBITS’ is one of the podcasts that you should definitely listen to. It will indulge the gamer in you because the game itself is one of the main characters in the story. In fact, it is a culprit. The story begins with the disappearance of a girl named Yumiko. Her best friend, Carly Parker, decides to find out what actually happened and comes to realise that the game that Yumiko used to play has something to do with it. The further inquiry leads her to stumble upon a bigger, more dangerous aspect of the game. The thing that could destroy the world as we know it. Listen to all episodes of the podcast here. 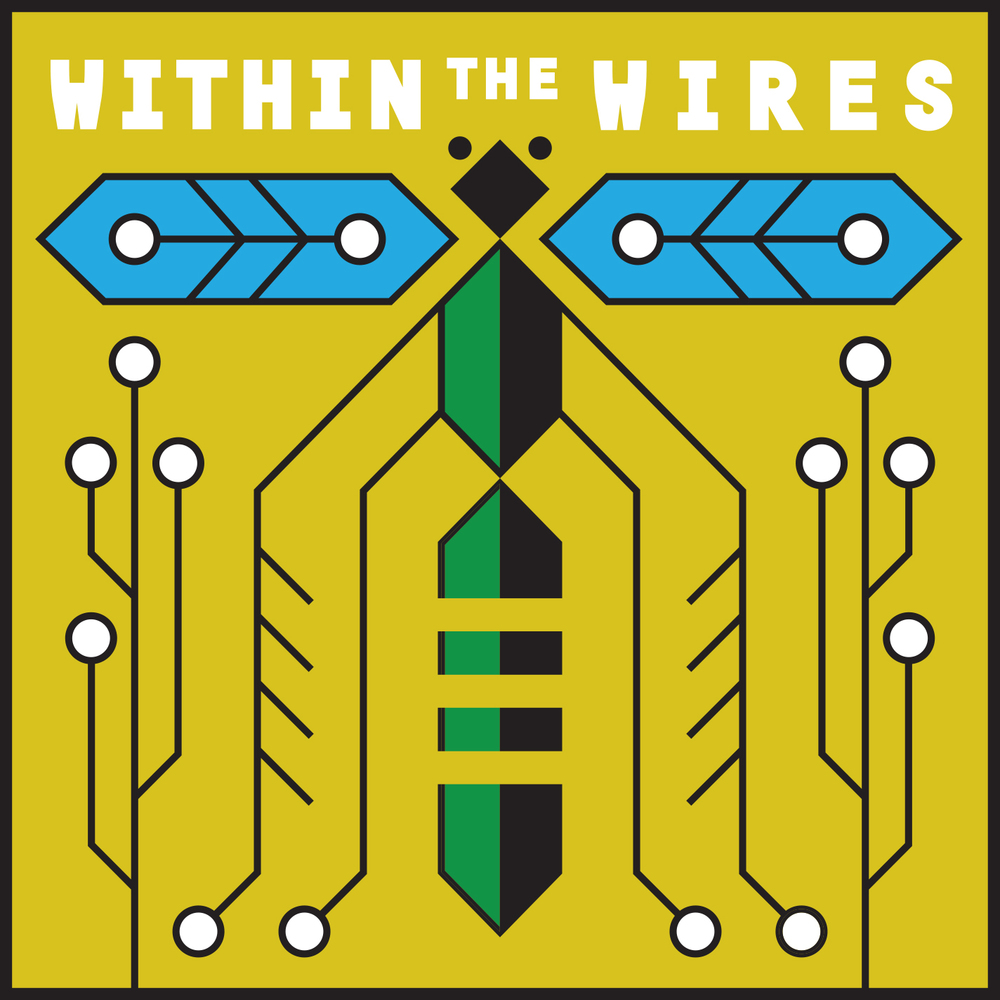 ‘Within the Wires’ is an anthology podcast that is served to the listeners in the form of audio diaries or notes from a certain person. Every season has a different tone, taking place in a completely different environment. The first season follows the story of a medical inmate. The episodes play out as an exercise for relaxation. But that’s not the only thing the cassette has. The second season takes place from the perspective of an artist. The episodes take place in the form of an audio diary where the subject takes the tour of a museum. The third season is set in 1950s Chicago and tells a political thriller in the form of letters and notes. You can listen to all seasons of the podcast here. 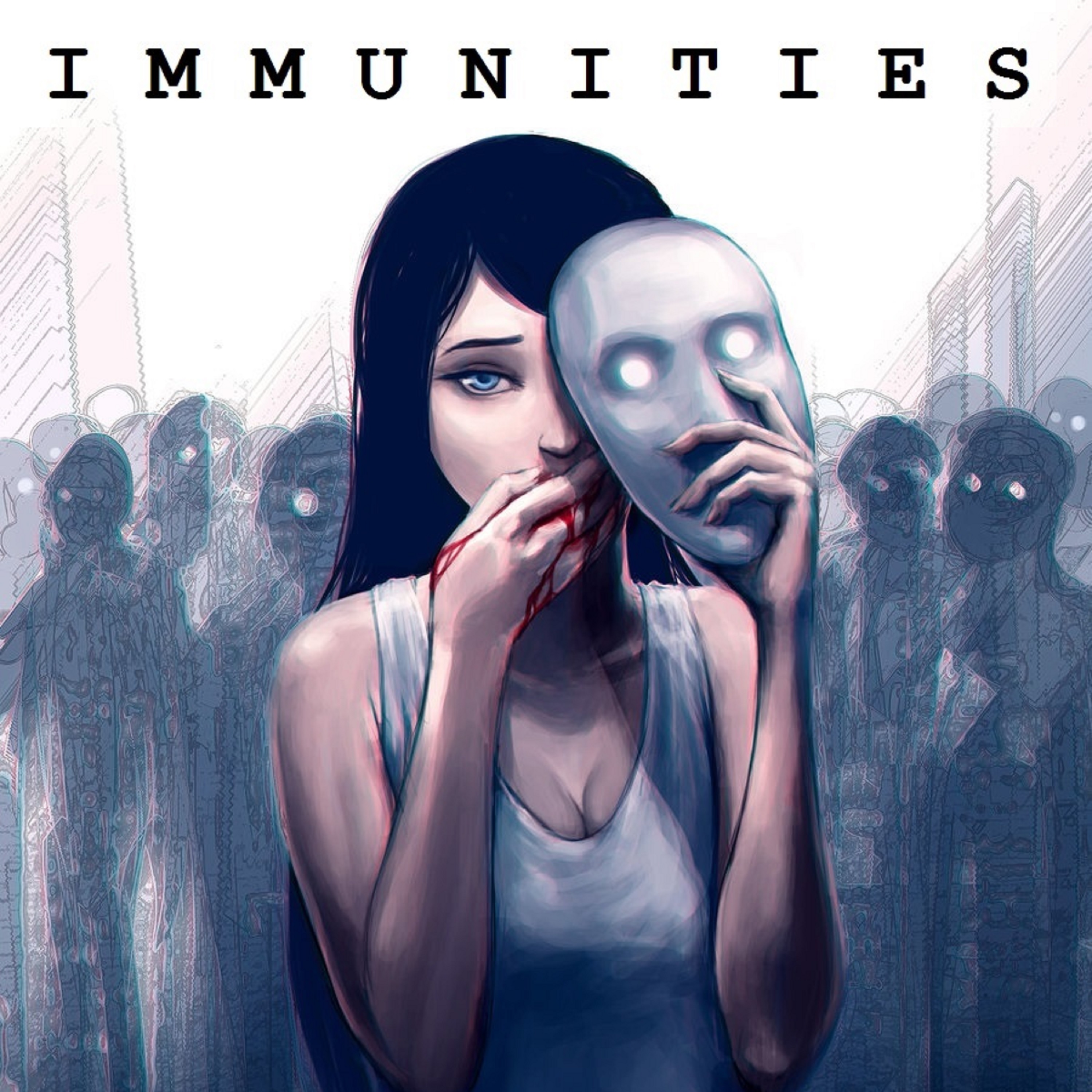 If you love the movies that feature alien invasions, then you should listen to ‘Immunities’. This sci-fi drama walks along the line of alien horror and weaves a mystery that will make you binge listen to it. It takes place in the aftermath of an alien invasion. Humanity has succumbed to the stronger species, and the result is pretty horrifying. You can’t trust anyone anymore. Their faces are of the people you know and love. They behave like them too. But they are not them, not really. But you can’t let your feelings surface. You don’t want them to know you know. You can listen to all episodes of this podcast here. 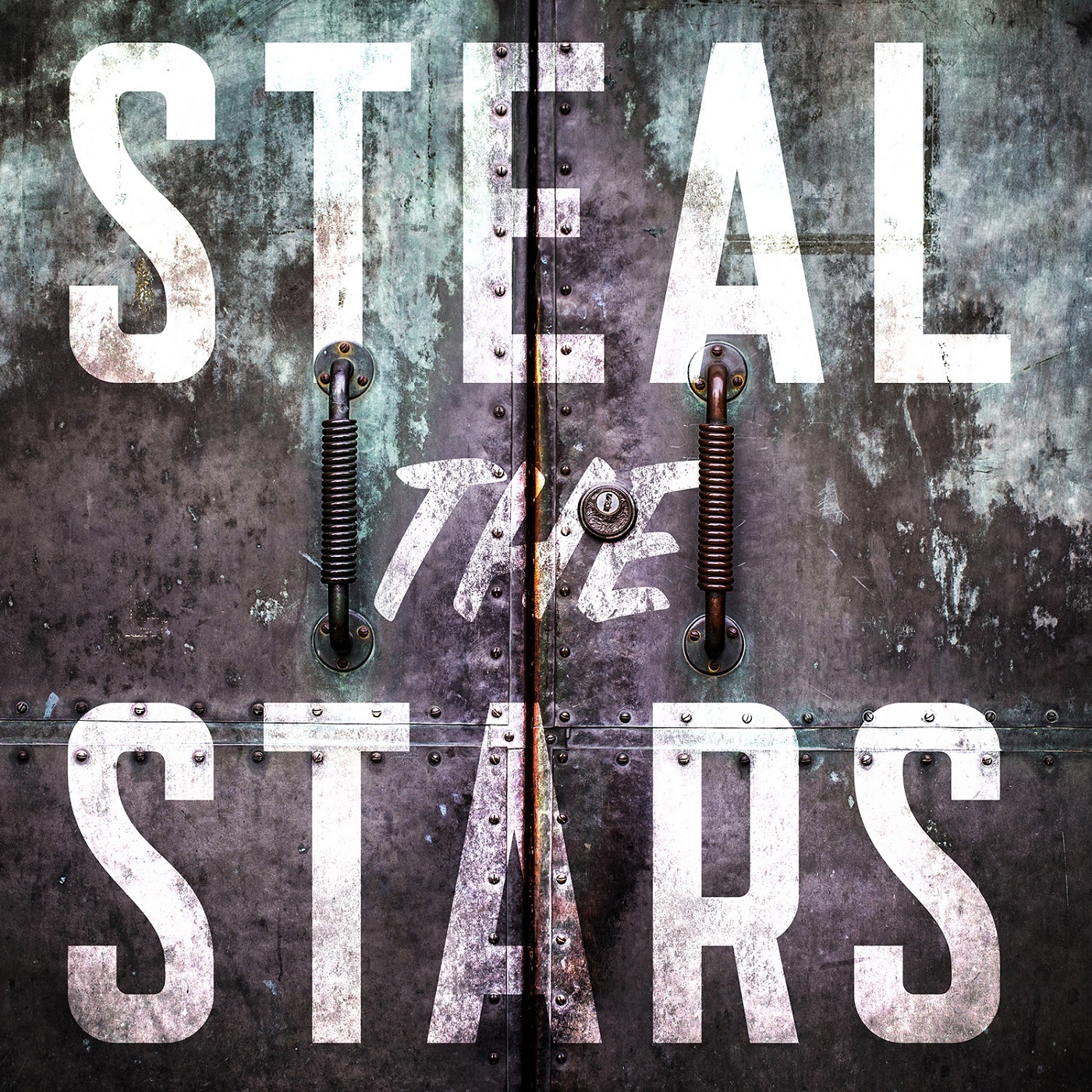 As people prepare to storm Area 51 (true story!), we wonder if there really is truth in what they say about secret government facilities that hold alien captive. If you are interested in such conspiracy theories, then ‘Steal the Stars’ will capture your imagination, unlike any other podcast. A crashed UFO? Check. An alien body? Check. A secret government facility? Check. Want to add more spice to this story? Add an impossible heist. With only fourteen episodes, this sci-fi thriller will keep you on the edge of your seat. Listen to all its episodes here. 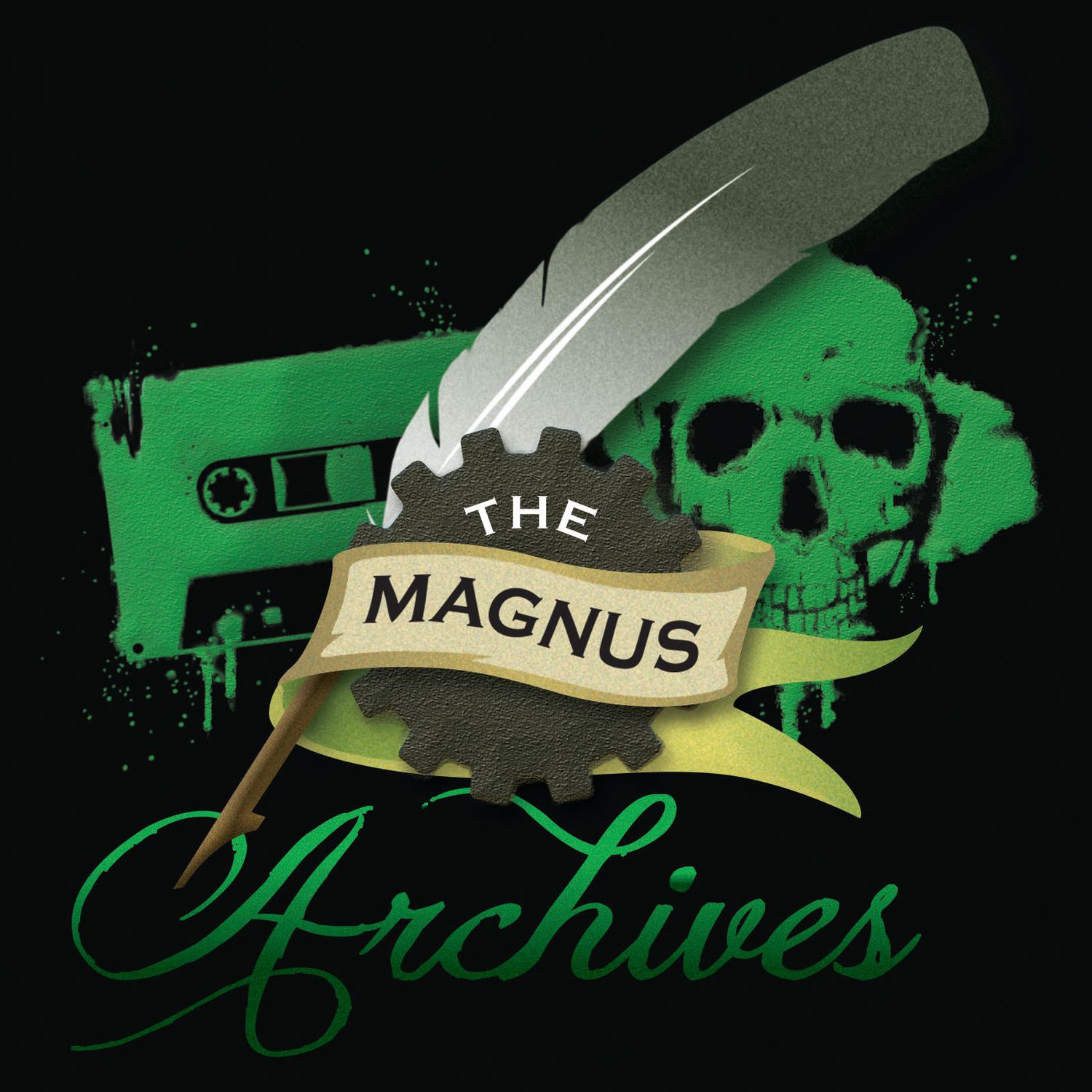 Jonathan Sims is the head archivist of the Magnus Institute. It is an institution focused on the study of the paranormal. No, they are not ‘Men of Letters’, “saving people, hunting things”; they are scholars who study all the weird and unexplainable things and try to find a sense or logic in them. In this podcast, Sims reads all the statements that the Institute has collected over the years. What is going on with these people? As Sims and his team try to figure that out, they come across a secret that changes their entire perception about the Institute itself. Listen to all episodes of this podcast here. 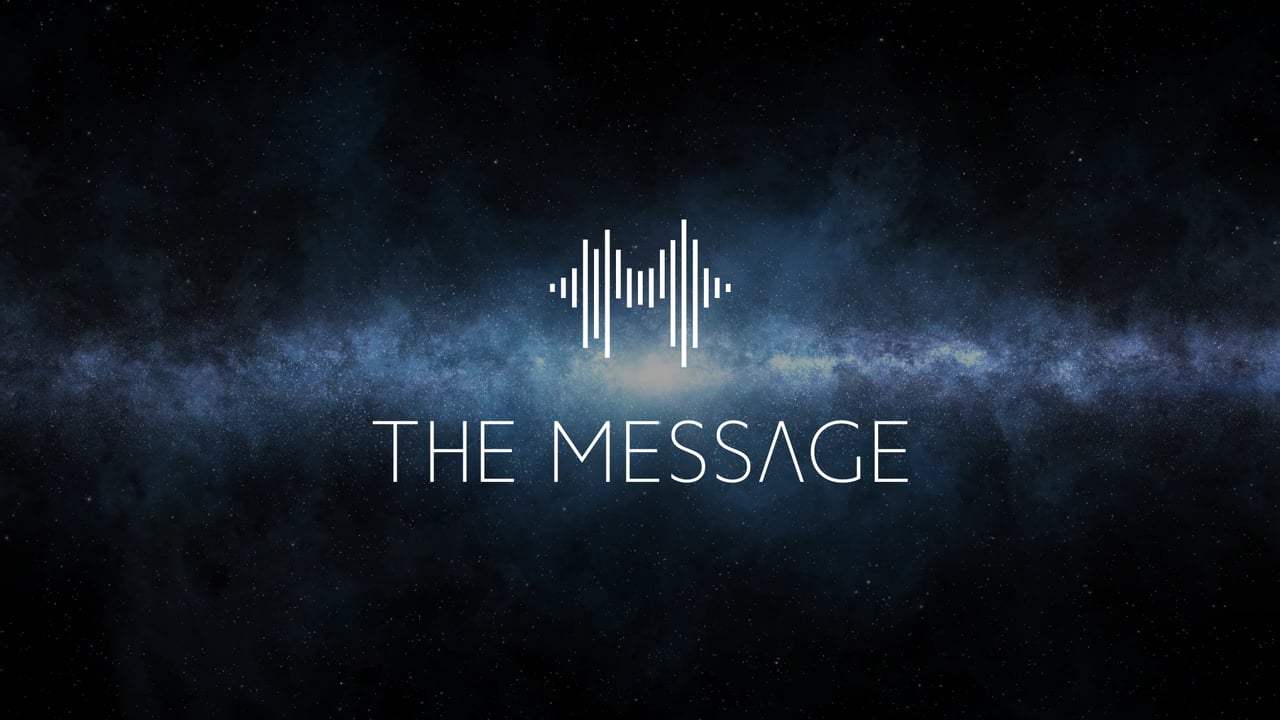 We have sent many transmissions into the universe, hoping that someone might listen to them and reply someday. What if someone else has been sending us such messages as well? ‘The Message’ focuses on the efforts of a team of scientists and cryptanalysts to figure out what a particular message means. It was received on July 21, 1945, in Hawaii. At first, they thought the Japanese were transmitting something. But preliminary investigation suggested otherwise. Unable to crack the code, the military sent it to the NSA. What’s the message? Find out by listening to the podcast here. 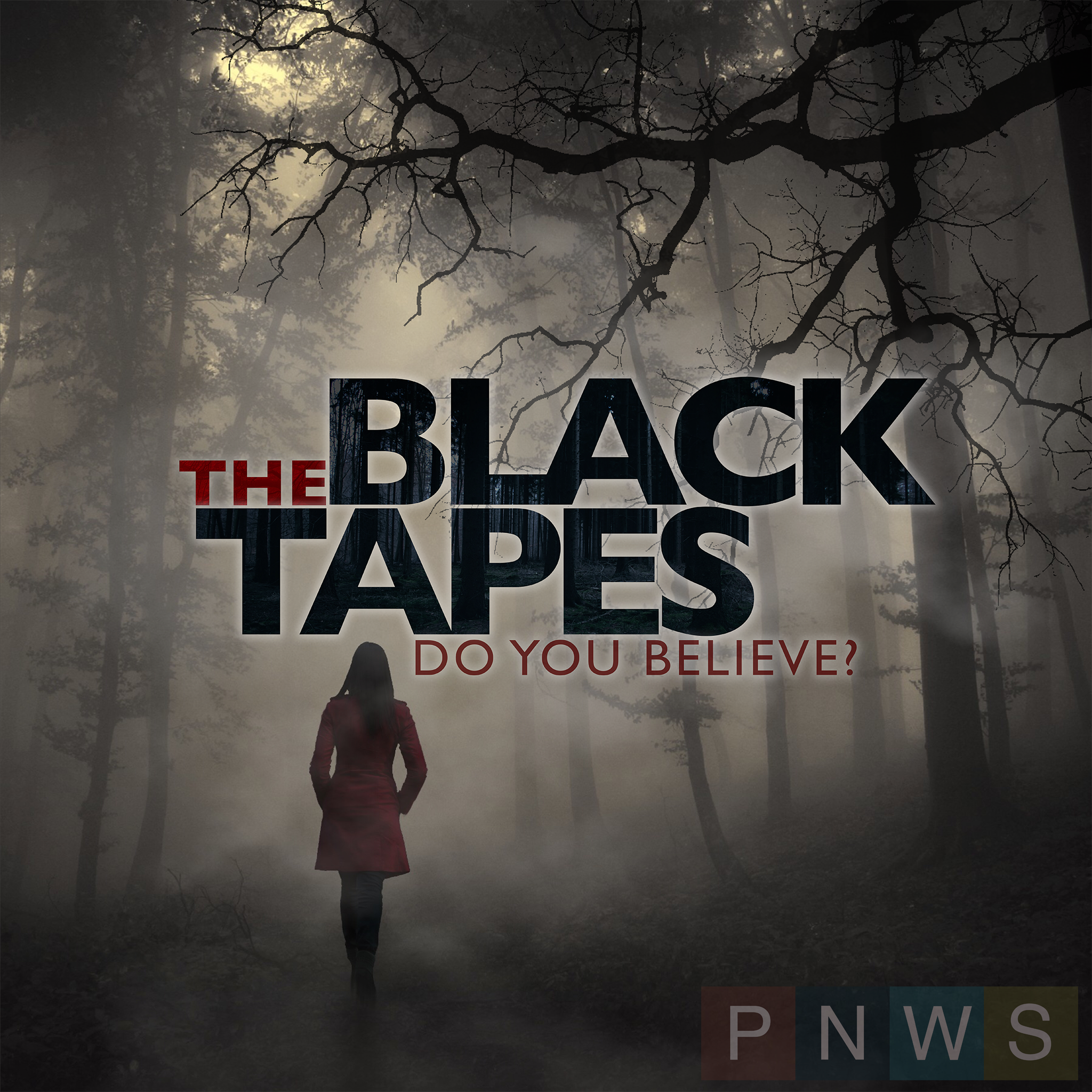 Dr Richard Strand is a ghost hunter. He goes around the country to investigate the cases where people claim to have seen ghosts or any other paranormal entity. His job is not to hunt down these entities or drive them away. He doesn’t perform any rituals or chants to free the victims of these hauntings. Rather, he proves that these things don’t really exist. He is a debunker, and usually, he succeeds in doing so. But like any detective, he too has a collection of unsolved cases. In this podcast, Alex Reagan revisits these cases, trying to solve it, to see if Strand’s skepticism works in this one. You can listen to all episodes of ‘The Black Tapes’ here.