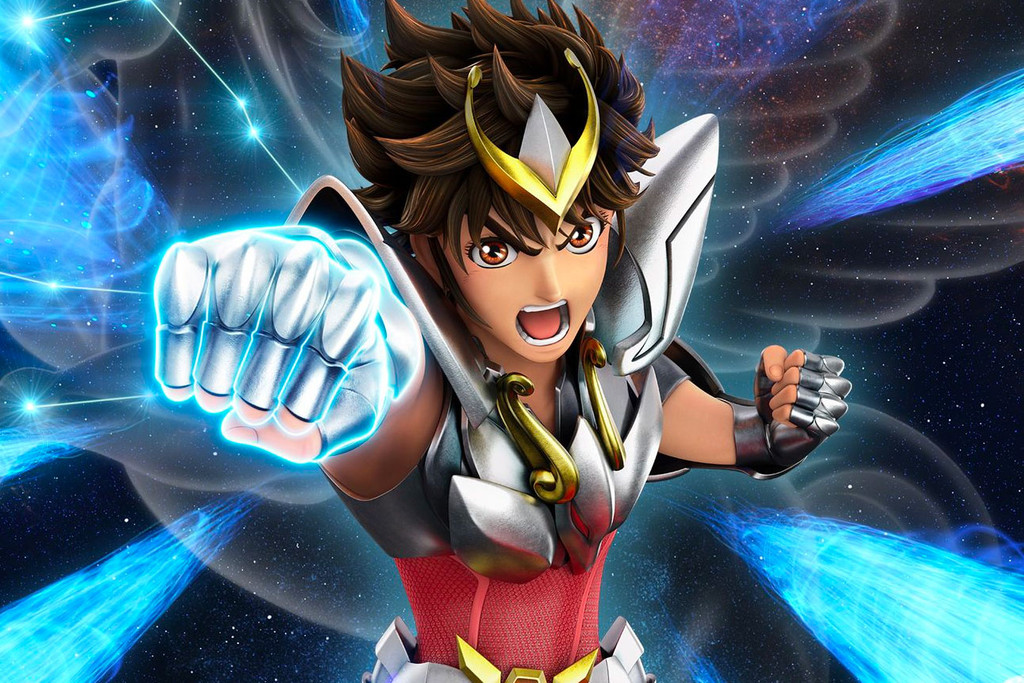 For the past few years, having a Netflix subscription as an anime fan is really starting to pay off as the streaming giant is constantly expanding its anime library. At the end of 2018, Netflix had a total of 35 originals and famous licensed anime like ‘Naruto‘, ‘Death Note‘, ‘Megalo Box‘ and many others.

One of the Netflix Original anime is ‘Saint Seiya: Knights of the Zodiac’ which is a very famous Japanese anime franchise that has been around for the past three decades. Based on a Manga written by Masami Kurumada, the whole franchise includes several video games, spin-offs, and even movies. ‘Saint Seiya: Knights of the Zodiac’ is indeed a huge acquisition for Netflix and it proves that Netflix means serious business when it comes to anime.

The original series is actually considered to be the Father of all Shounen anime since soon after its release, the whole action-shounen based storylines became cliches with anime like ‘Bleach‘, ‘Dragon Ball Z‘ and many others. Those who have seen the original will probably remember how they connected with at least one of all the amazing characters of the show. And now that Netflix has come out with a remake, most fans will surely find themselves rooting for all of their old favorites. For the ones who are not too familiar with the original, this is your chance to watch a classic anime show with a much better production value than the original.

Saint Seiya Knights of the Zodiac Season 2 Release Date: When will it premiere?

In recent years, Netflix has really taken its anime game to a whole new level with so many new releases. There are already several anime lined up to release on the platform over the next several months.

Compared to the original, that has a traditional animation style, ‘Saint Seiya: Knights of the Zodiac’ seems to have a more CGI style presentation. The remake follows the same narrative as the manga but anyone who is looking for a frame to frame comparison between the two will probably be disappointed as those who have seen the anime know that gender of one of the main protagonists has been changed.

The English Dub and subbed version of ‘Saint Seiya: Knights of the Zodiac’ is available on Netflix.

Somewhere between constant heroic battles, the daughter of Zeus is born; she is the goddess of war, Athena. Soon after this, many youths named the “Saints” rush to protect her amid all of these battles. These saints are capable of fighting without any weapons and can even shatter the whole sky open. The sole reason why they are called the “Saints” is that they themselves are capable of summoning the power of the Cosmos.

In the present-day events, a whole new generation of Saints exists and Saint Seiya is a youth who aspires to be one and is determined to achieve his dream through sheer hard work and dedication. He finally manages to make his way towards victory and becomes one of the Saints who protect the Goddess of war and wisdom.

But this is where his journey begins as many enemies await the forces of the Saints. On every corner, there is a whole new threat and Seiya, along with his team, must find a way to battle all of these evil forces.

Shun Andromeda, simply known as Shun, is one of the Bronze Saints and is also one of the most powerful characters in the series. Shun has been depicted as a male character in the original series but in the new version, Shun is actually going to be a female character. There is already a lot of controversy around this and this new idea is getting a lot of mixed reactions. But only time will tell if this approach will work in the anime’s favor or not. Shun will now probably be portrayed as Ikki’s younger sister and will still be the “Chosen One”. The kind personality of the character will probably be the same and also, Shun is still going to be this pacifist who believes in solving problems without shedding unnecessary blood.

Hyouga Cygnus is another Bronze Medal saint who is one of the secondary protagonists of the show. He appears to be very calm and stoic but underneath all of that, he is extremely passionate and dedicated to his own ideals. As a Saint, he is able to manipulate ice and snow as he pleases. He is able to do this by controlling the atoms of matter by using their power of Cosmos.

Shiryuu Dragon is a Bronze Medal Saint of the Dragon who is considered to be one of the most mature characters in the entire series. Thus, he is the calmest and wisest of them all. Also, his strength is the greatest among all of them and this is reflected when he is able to win battles without even using his Dragon Cloth. He has trained at the Lushan Five Ancient Peaks in China and that’s where he acquired his Dragon Bronze Club after learning the reverse waterfall technique. He also sports a huge green and white dragon tattoo on his back.

Saori Kido is one of the main protagonists of the show who is a reincarnation of Goddess Athena. According to the Myth that goes around her true self, she is the one who inherits the complete control over the Earth from her Zeus, her father. Athena is the goddess of war and wisdom who reincarnates every 200 years to bring an end to all evil. She is born by first appearing at the foot of her own statue at the temple. She later falls in love with Seiya and is very well aware that the two of them can never be together.

Seiya is the main titular protagonist of the series who is one of Athena’s eighty-eight protectors known as Saints. He is also one of the forty-eight bronze Saints who and is protected by the Peagus Constellation. Despite being the main character, Seiya is actually one of the least popular leads of the anime but is ranked as one of the strongest.

Ikki Pheonix is another bronze Saint who is introduced a little later in the series. Even then, Ikki has a very significant role where he initially serves as a strong antagonist and later becomes one of the most powerful allies of the Saints. He is more of a lone wolf but still does not think twice when it comes to sacrificing his own life for his friends.