Created for the small screen by Sally Wainwright, ‘Gentleman Jack‘ is a period drama TV series. It follows Anne Lister, a dynamic female landowner in 19th Century England who arrives in Halifax to take care of her family estate. Despite people’s judgment of her masculine appearance and demeanor, Anne smashes societal norms to manage her vast businesses as well as pursues romantic relationships with several women.

Eventually, Anne falls in love with and marries fellow landowner Ann Walker, and their union paves the way for a revolutionary change. The show is hugely admired by fans for its intriguing characters and brilliant portrayal of themes like lesbian relationships, women’s rights in the Georgian Era, and complicated family dynamics. Now, if you wish to enjoy other interesting series like this, we’ve got a list of recommendations for you. You can watch most of these shows similar to ‘Gentleman Jack’ on Netflix, Hulu, or Amazon Prime.

Created by Amy Sherman-Palladino, ‘The Marvelous Mrs. Maisel‘ is a period comedy-drama TV series. It follows Midge Maisel, a housewife who becomes a prominent name in the New York standup comedy circuit after her husband divorces her. Though she faces various hurdles like vicious rivals, family pressures, and a male-dominated workplace, she manages to overcome each challenge and get back up each time she falls.

This never-give-up trait makes Midge rather similar to Anne Lister, who refuses to conform to society’s expectations of women and decides to employ her talent of entrepreneurship to provide for her family. In addition, both protagonists take charge of their lives after suffering heartbreaks. Moreover, like Anne has a trusted advisor in Samuel Washington, Midge has Lenny’s support through everything.

Based on Jane Austen’s eponymous unfinished manuscript, ‘Sanditon‘ is a period drama TV series set in Regency England. Created by Andrew Davies, it revolves around Charlotte Heywood’s experiences in the seaside resort town of Sanditon and her equations with the various residents, who have secrets of their own. As time passes, Charlotte not just experiences love, loss, and friendship, but also discovers her true self.

Though Charlotte belongs to a less privileged background than Anne, she similarly manages the class divide and prejudices of a small town. Moreover, like Anne rejects the notion of marriage being a woman’s only destiny, Charlotte decides to focus on her career rather than finding the right man to settle down with. Not just that, both protagonists share a bittersweet equation with their sisters and are strong-headed females who break gender stereotypes.

‘Anne Boleyn‘ is a psychological thriller TV series that documents the last five months in the life of Queen Anne Boleyn, the second wife of King Henry the VIII. Before she gets executed by her husband for treason and adultery, she manages to secure her daughter Elizabeth’s future and also question the regressive political and religious beliefs that dominate society.

In ‘Gentleman Jack,’ Anne Lister encounters numerous men who are jealous of her authority and wish to usurp her position. Likewise, Queen Anne is sentenced to death when the men around her get insecure about her power and strategy. Both shows intricately depict the consequences women have had to face over the years for claiming their rights, be it extreme like Queen Anne’s fate or in the form of the criticism Anne Lister gets. 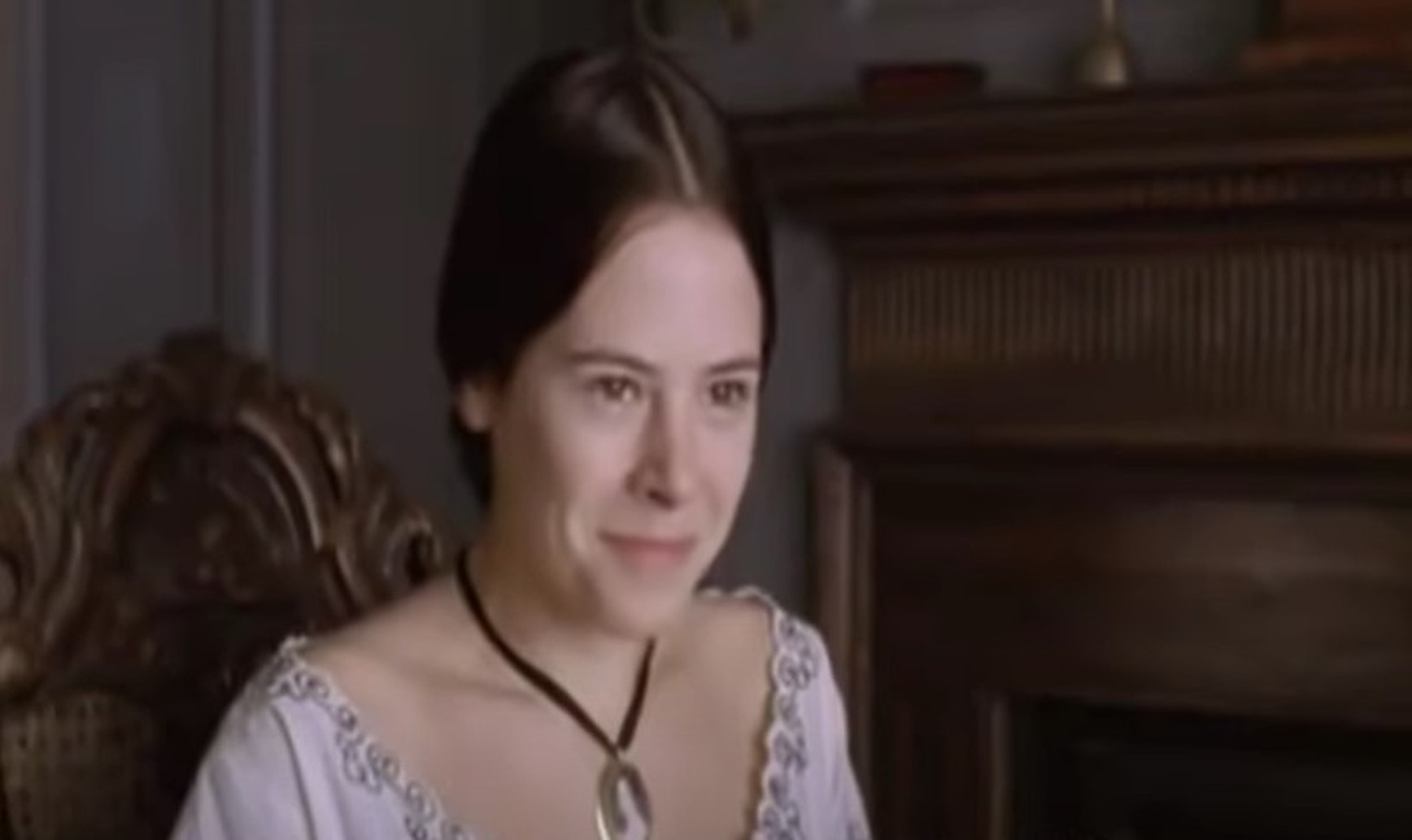 Adapted from Sarah Waters’ novel of the same name, ‘Fingersmith’ is a period crime drama TV series. It follows Sue Trinder, a pickpocket who is hired by Richard Rivers to assist him in a devious scam for a hefty sum. Their target is to convince Maud Lilly – a wealthy young woman – to marry Richard so that he can take over her money and get her institutionalized. Hence, Sue poses as Maud’s maid to get close to her, but both women unexpectedly fall for each other, putting Richard’s plan in jeopardy.

Sue and Anne Lister both fall in love with women who are tormented by their relatives and are hesitant to accept their sexuality as it is considered taboo in society. However, gradually Maud goes through extremities to ensure that Sue is given her rightful place and exhibits the courage to stand up for her love. This is also seen in the case of Ann Walker, who, despite her apprehensions and religious beliefs, chooses to be with Anne and marries her. On top of that, both Maud and Ann face treacherous female figures who exploit them.

Created by Mae Martin and Joe Hampson, ‘Feel Good‘ is a British comedy-drama TV series. It chronicles the ups and downs of George and Mae’s relationship as they grapple with problems like drug addiction and the hesitation to come out to the family. Be it the 19th Century like ‘Gentleman Jack’ or modern times like ‘Feel Good,’ it is equally difficult for the LGTBQ+ community even now to seek acceptance for their choices.

Therefore, both shows sensitively delve into the fears and reluctance that surround lesbian relationships through the lens of characters like Ann Walker and George Lawson. Moreover, Ann’s past traumas and struggles with mental health often threaten her relationship with Anne, whereas Mae’s drug addiction causes the same effect on her equation with George. In conclusion, it can be said that parallels can be drawn between both couples, despite their contrasting times.

Based on yet another Sarah Waters novel, ‘Tipping the Velvet’ is a period drama TV series set in Victorian England. It is adapted by Andrew Davies and centers around Nancy Astley, an ordinary cook who falls in love with male-impersonator Kitty Butler. Both women engage in a passionate affair both on and off stage, but soon Kitty bows down to societal pressure and gets married to pursue a conventionally secure future.

Heartbroken, Nancy goes on a journey of self-discovery as she explores her sexuality while working as a male impersonator. Her equation with Kitty bears a high resemblance to Anne Lister’s long-term relationship with her married lover Mariana Lawton, who refuses to leave her husband and comfortable life for Anne. Moreover, each show talks about women in different eras having a sense of agency over their sexual desires and not letting patriarchal norms control their choice of partners and profession.

Created by Alena Smith, ‘Dickinson‘ is a comedy-drama TV series that is loosely based on the life of celebrated writer Emily Dickinson. Set in the 19th Century, it follows Emily as she tragically falls in love with her brother’s fiancée, Sue. Heartbroken at her lover’s marriage, the young writer fights against gender constraints and family expectations, proving to be rather ahead of her times in terms of vision and mindset.

Apart from being set in the same period, the two shows feature like-minded female protagonists who rebel against the rules their loved ones set for women and are rather unabashed about their opinions and sexuality. They also experience similar heartbreak when their lovers leave them due to fear of being shunned by society and thus, use their education to prove their worth in a world that doesn’t take them seriously.