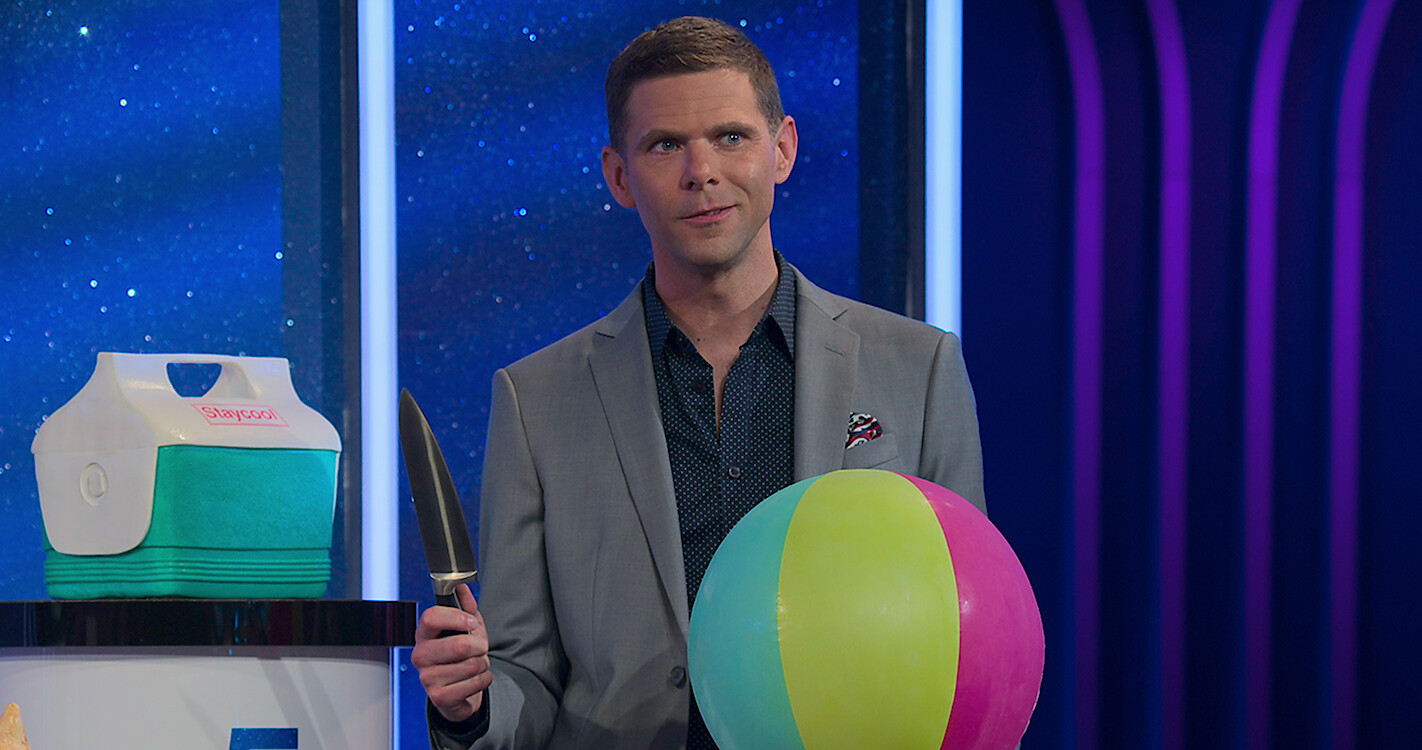 Hosted by Mikey Day, ‘Is It Cake?’ grabbed the attention of viewers across the board given its unique premise and brightly cheerful setting. The Netflix show is centered around a viral internet trend where seemingly random objects are cut open with a knife to reveal that they were, in fact, cake all along. The baking show features talented bakers from across the country. In each episode, three bakers are first shown an assortment of objects. The contestants have to identify the hidden cake amongst these objects from a distance to prove their keen eyesight.

The second round has the three participants scrambling to make a cake that looks like an everyday object. A panel of three judges, unique to each episode, is presented with these creations and they have to select which is most likely to fool you. In case of a tie, the judges proceed to taste these mesmerizing cakes and declare a winner. The winner of each episode gets $10,000 as a prize and moves ahead in the competition. The final episode of each season has the top three contestants face-off against each other with the ultimate winner getting a prize of $50,000. If you are looking forward to watching some more delightful baking competitions, then these shows might be just what you need! You can watch most of these shows similar to ‘Is It Cake? ’ on Netflix, Hulu, or Amazon Prime. 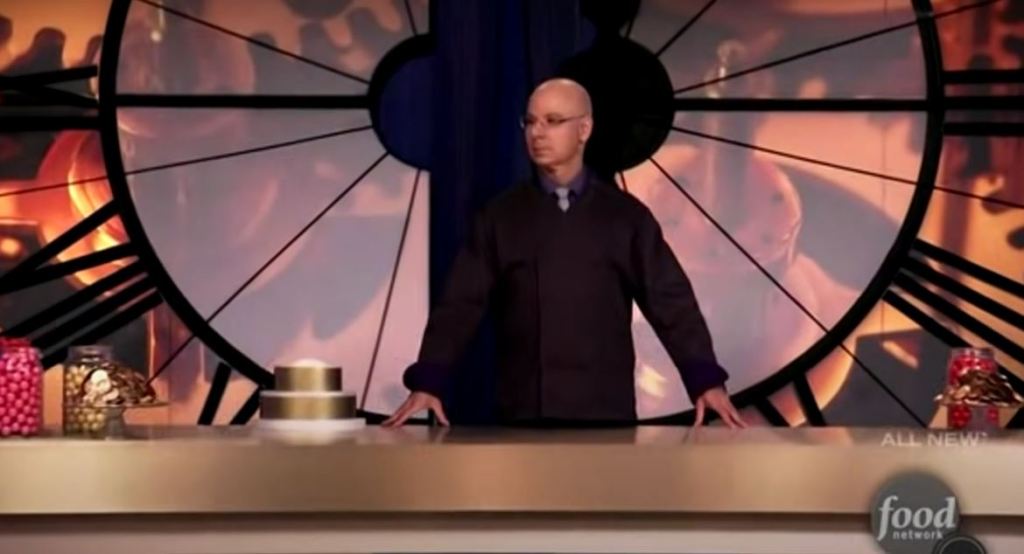 ‘Sweet Genius’ on Food Network show has four chefs in each episode trying to win $10,000. The show has three rounds. Each round starts with a mandatory ingredient and an inspiration as told by the host and judge — Pastry Chef Ron Ben-Israel. When half of the round has gone by, Chef Ron tells the contestants what the second mandatory ingredient is. After every round, the loser is declared by Chef Ben-Israel telling the contestant, “You were no sweet genius,” and is eliminated.

The time limit of each round is different, with the first round being only 40 minutes, the second having 50 minutes while the third round lets the participants use a whole hour to create their dishes. The show featured many unique bakes that impressed viewers. The show was also an excellent opportunity for many chefs across the country to earn a name for themselves just like ‘Is It Cake?’ 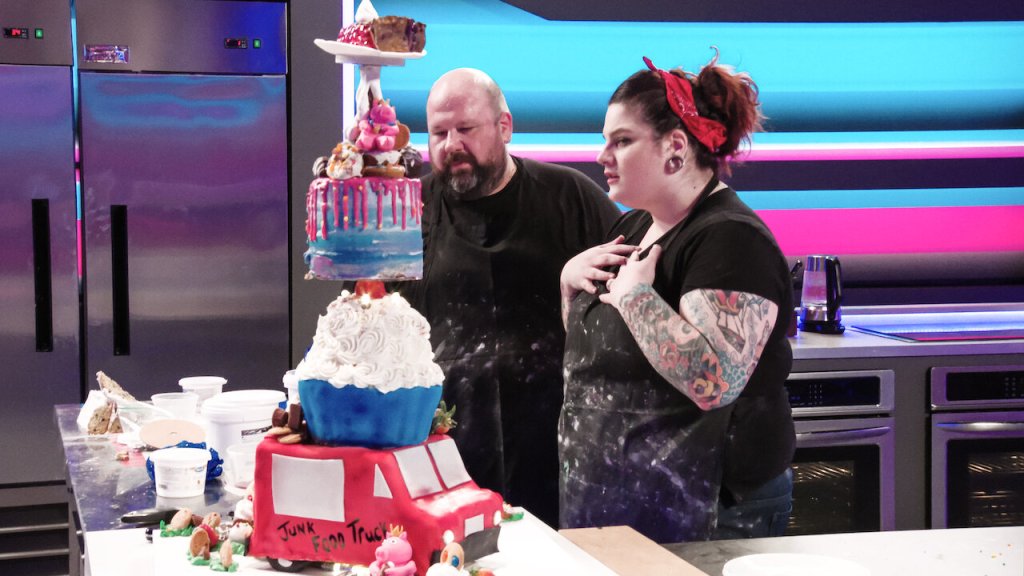 For a heavy dose of sweetness, check out ‘Sugar Rush‘ on Netflix! The baking reality series pits four teams of two against each other in a baking competition in each episode. The show has three rounds — the first round is cupcakes. In round two, the teams have to whip up tasty confections and then, in the round third and final round, make cake worth its weight. The participants have the chance to win a prize of $10,000 for each episode. If you too cannot wait to see some more deliciously sweet dessert, ‘Sugar Rush’ is exactly what you need!

‘Baketopia‘ is an HBO Max baking show hosted and judged by Rosanna Pansino, a well-known YouTuber with over 13 million subscribers. In each episode, Rosanna presents the bakers with two challenges that they must complete. The winning baker receives $10,000 and a trophy from Rosanna and her Cake Council, which includes Donal Skehan and Timbo Sullivan.

Every episode starts with the First Tier challenge, with the winner receiving a $1,000 cash prize and an opportunity to wear the Gold Rolling Pin Pin. The second challenge, called Top Tier, has the bakers present their cakes, which are then judged based upon appearance, trendiness, creativity, and taste. The winner gets the grand prize of $10,000 and the “Baketrophia.” The show is fun, relevant, and competitive enough to keep you on the edge and rooting for your favorite contestants! 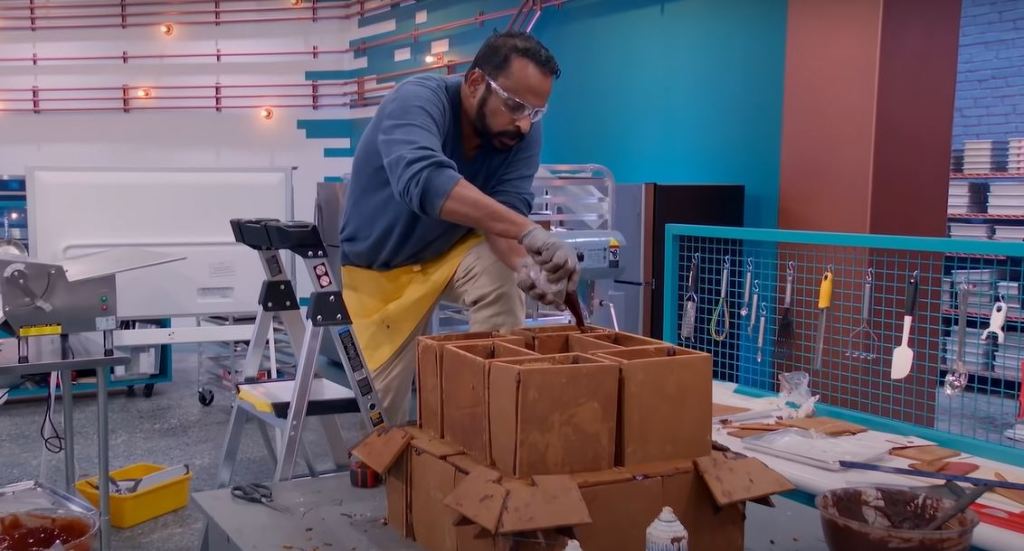 While ‘Is It Cake?’ takes the visual presentation of cakes to the next level, ‘Baking Impossible’ stretches the very definition of a cake. This Netflix baking show combines baking with engineering also known as “bakineering.” The participants work in a team of two — an engineer and a baker — and do not know each other prior to the competition. Their task in each episode is to make a cake that meets the requirement of the issued challenge.

The teams have 16 hours to make the impossible possible and compete in the Stress Test that measures the success of the cakes. In each episode, one team gets eliminated while the winner gets an advantage for the next episode. With a grand prize of $100,000, the participants give it their all to be the ultimate winner and try to impress the judges as often as possible. So, if you would like to see a cake sailboat that can be controlled by a remote or an edible car that can go up to 25 miles per hour, this is the show for you! 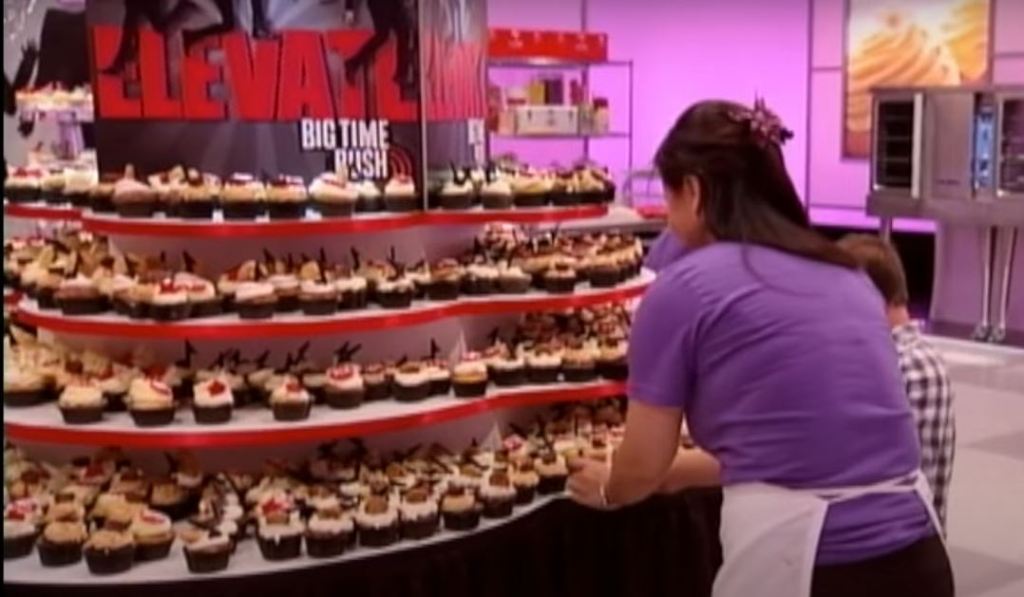 How to make a cake better? Make it so you can eat it whole! Cupcakes are a beloved dessert across the globe and ‘Cupcake Wars’ shows viewers just how serious of a business it can be. Each episode of this Food Network show has four teams, with one chef and a sous-chef. Each episode has a certain theme and comprises three rounds. The teams are eliminated one by one in every round, with the third round deciding who the winner of the competition is.

In the first round, contestants have to create a cupcake with unusual ingredients related to the theme and make sure it tastes good in 45 minutes! The winners proceed to the second round, where they have 75 minutes to make three different types of cupcakes with a great thematic presentation. The final teams have to make 1,000 cupcakes within the next two hours and present them on an elaborately constructed display.

Each team receives the assistance of four baking assistants and one carpenter in completing the round. The judges taste them at the display and then declare the winning team that will go on to receive $10,000 and the opportunity to be featured in an upcoming event. The fans of ‘Is It Cake?’ will enjoy the sheer skills displayed by these contestants and their competitive spirit.

Learning to bake is hard. It’s even harder to do so in front of a camera and in the presence of some of the most well-known bakers across the United Kingdom. ‘The Great British Bake Off’ starts with amateur bakers who have to go through three challenges every episode. Every week, the show has a different theme that the contestant should keep in mind while cooking.

The first of these is the Signature Challenge, where contestants can make a dish using their recipes that they are confident in. Then comes the Technical Challenge, where the contestants have to recreate a dish from the given recipe under minimal supervision and it requires the knowledge of certain techniques. The dishes from this round are taste-tested blindly and ranked. The Showstopper Challenge is the place for these bakers to shine. Each contestant gets to present a dish that showcases their skill set and professionalism.

Every week, a contestant is eliminated, with the finale featuring the top three bakers, out of which the best baker of the season is declared. This British show is a delight to watch with its persevering contestants, amusing cast, and an overall sense of humor that is hard to beat. Naturally, the show is beloved by many both in the UK and the USA and we cannot recommend it highly enough! 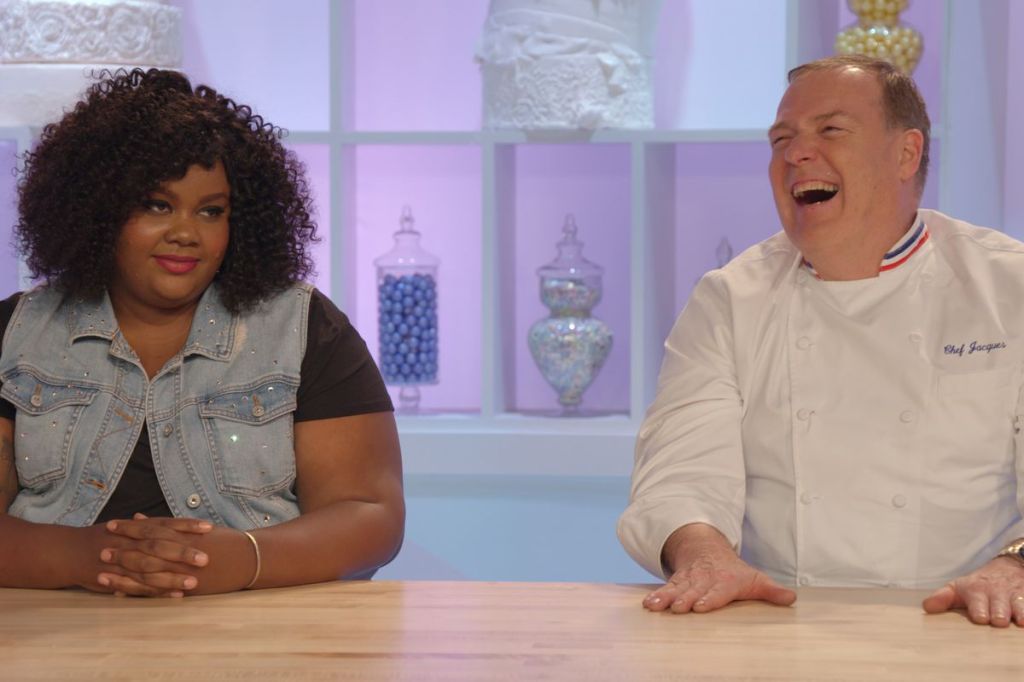 Baking is considered one of the most delicate branches of cooking. Naturally, Netflix decided to allow total amateurs to try their hand at recreating phenomenal masterpieces, without any training, in ‘Nailed It!‘ The show is chaotically amusing to watch. Each episode features three new bakers who have to go through two rounds of cooking to win a $10,000 prize and the ‘Nailed It!’ trophy.

The first round has the contestants bake a confectionary of their choice out of three given options. The winner of this round gets a special prize and a golden chef’s hat to wear for the rest of the episode. Perhaps the golden hat is meant to be a good luck charm because, in the second round, these three amateurs have two hours to recreate an entire baking masterpiece from scratch!

‘Nailed It!’ gives a glimpse into just how hard it is to bake and the skill required to make even the easiest of desserts. From people creating food disasters that you can’t help but stare at to having the hilarious Nicole Byer as the host, this baking disaster is sure to leave you rolling in laughter and craving for more! The show tops this list for its unique premise, fan following, and overall entertainment factor that makes sure to keep you hooked.

Read More: Is It Cake: Where Are They Now?