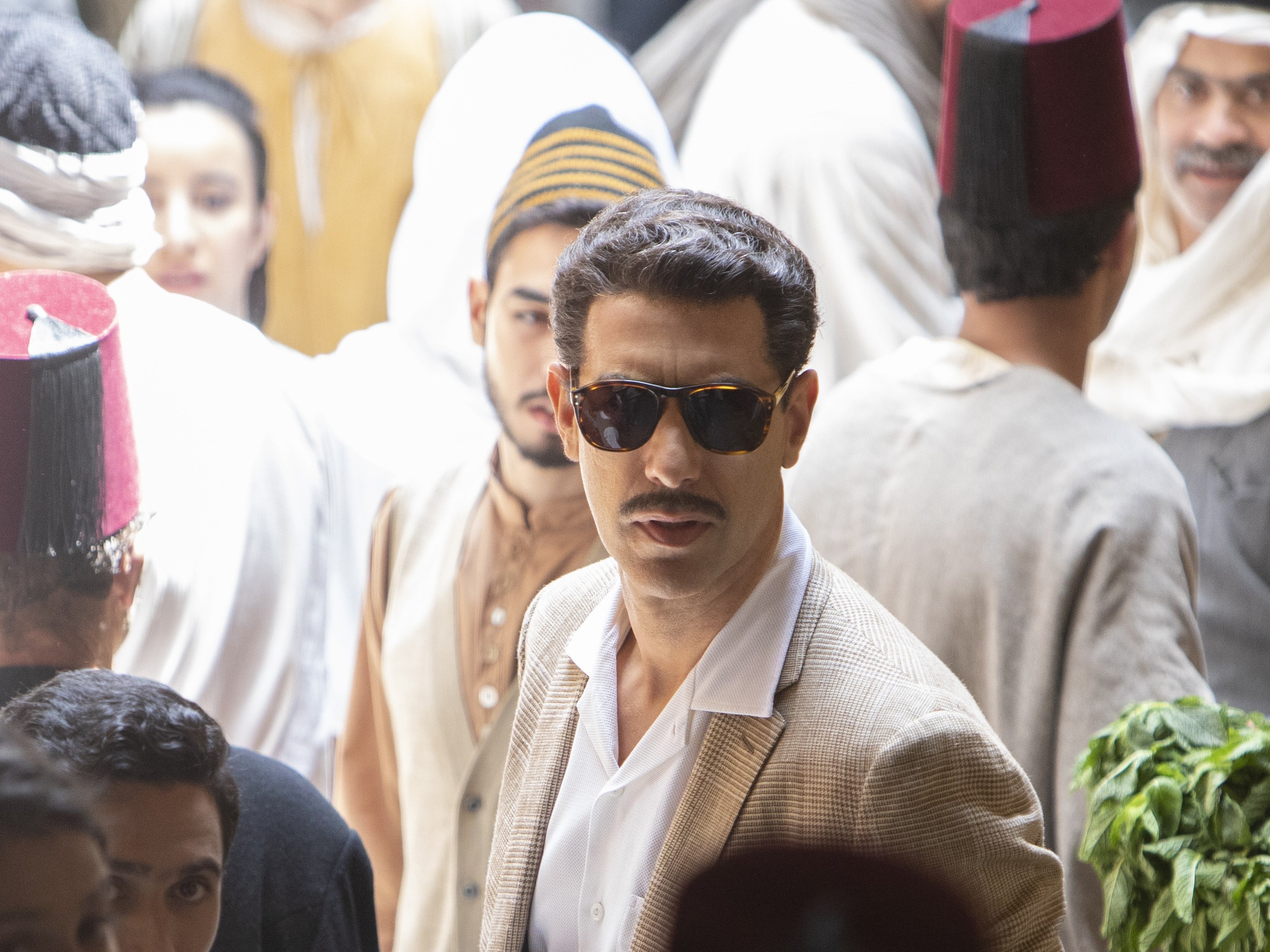 The tension between Israel and Syria has been around for many decades now. The two countries have lost hundreds of thousands of lives in their struggle, but till date, they couldn’t come up with a solution. War or hostility naturally means that one nation will use all the resources available to inflict harm on the enemies. ‘The Spy‘ starring Sacha Baron Cohen in the lead role is about Israel using one of the best agents within Mossad’s ranks to act as their mole inside the Syrian government. The spy in question, Eli Cohen, infiltrated Syria and even managed to become the Chief Adviser to the country’s Minister of Defense.

Sacha Baron Cohen plays the spy in this show, portraying a role completely different from the ones he usually plays. It is mind-boggling to even think about how difficult and dangerous it must’ve been for Eli Cohen to live with a constant life threat every single day in Syria. However, despite all his efforts, Cohen did get caught eventually and was executed in 1965. Gideon Raff, a prolific Israeli writer-director, is helming the series. Earlier, he also pulled off the series ‘Prisoners of War’ in exquisite fashion. ‘PoW’ later went on to inspire the American series ‘Homeland‘.

‘The Spy’ is a nerve-wracking thriller, and the fact that it is based on true events naturally increases the excitement by quite a few degrees. If you loved this series and are looking for similar shows, then you have arrived at the right place. Here’s the list of best shows similar to ‘The Spy’ that are our recommendations. You can watch several of these series like ‘The Spy’ on Netflix, Hulu or Amazon Prime. 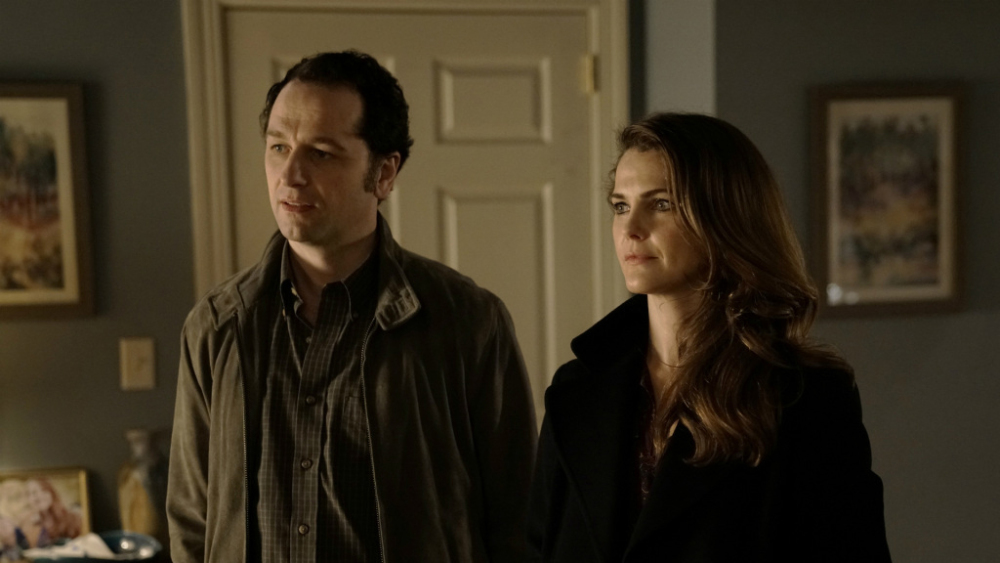 Despite not being an actual war, the Cold War did lead to the world being polarized into two different factions which were constantly trying to push the other one down. During the Cold War, both America and Russia kept each other under strict surveillance to gather information regarding what the enemy is planning next. The FX series ‘The Americans’ centers around a Russian couple, both working as KGB agents, who are in America to spy on the latest moves of the US government. They put up an appearance as a couple with a good social life while secretly planning and carrying out their missions. The series makes us reflect on how certain lives are determined by the whims and fancies of the people in power. This couple in question do not have any life of their own, having devoted themselves entirely to serving their higher authorities. 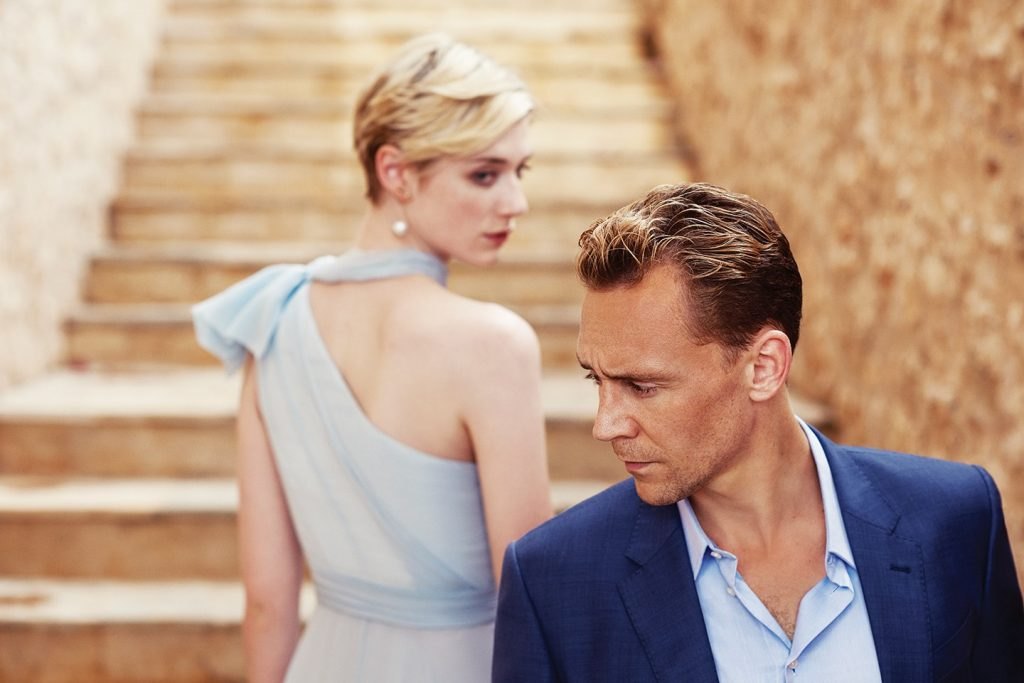 If you have come across (false) rumors that Tom Hiddleston might be cast as the next James Bond, they are probably based on his performance in this series. Hiddleston, here, plays the character of former soldier Jonathan Pine who now serves as the night manager of a luxury hotel after quitting his job with the army. Pine is recruited by Angela Burr (Olivia Colman), one of the high-ranking agents of the MI6, to go undercover to infiltrate a group of arms smugglers and destabilize their organization. The series is adapted from a similarly-titled book by John le Carré. It is the strong performances by the cast that make ‘The Night Manager’ a far more enjoyable show than those spy stories which crowd our televisions every other day. Coleman, Hiddleston, and Hugh Laurie are truly the best choices in their respective roles. 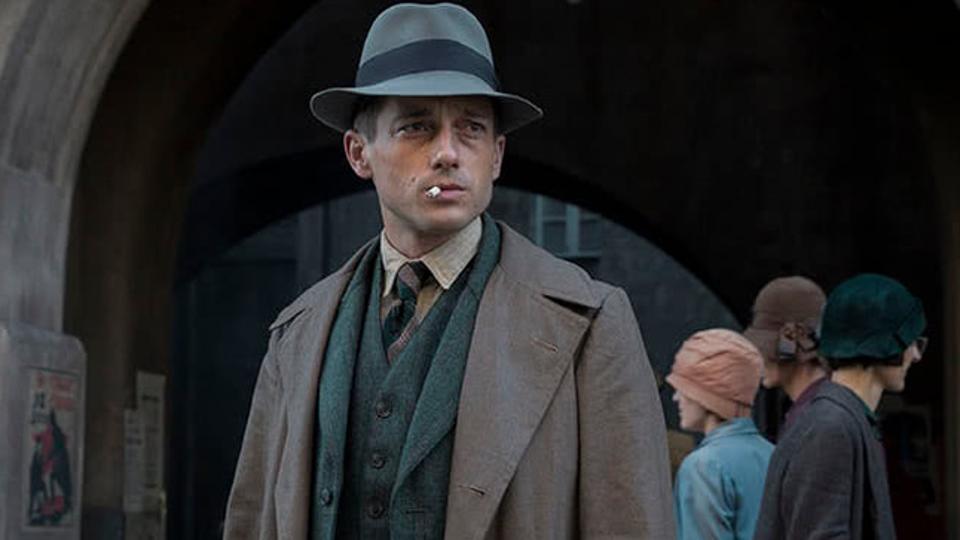 One of the most wonderful period crime dramas you will come across on television, ‘Babylon Berlin’ is a masterful creation by Tom Tykwer, Achim von Borries, and Hendrik Handloegten. The trio have also written and directed the entire series. The story of the show centers around the German city Cologne’s police commissioner Gereon Rath, who has been transferred to Berlin to bust a pornography and extortion racket. The series is set during the 1920s, a time when Germany was going through some major social and political changes while the country was still reeling from the losses suffered in the First World War. A sense of angst which we very frequently witness in German cinema is also present in ‘Babylon Berlin’. 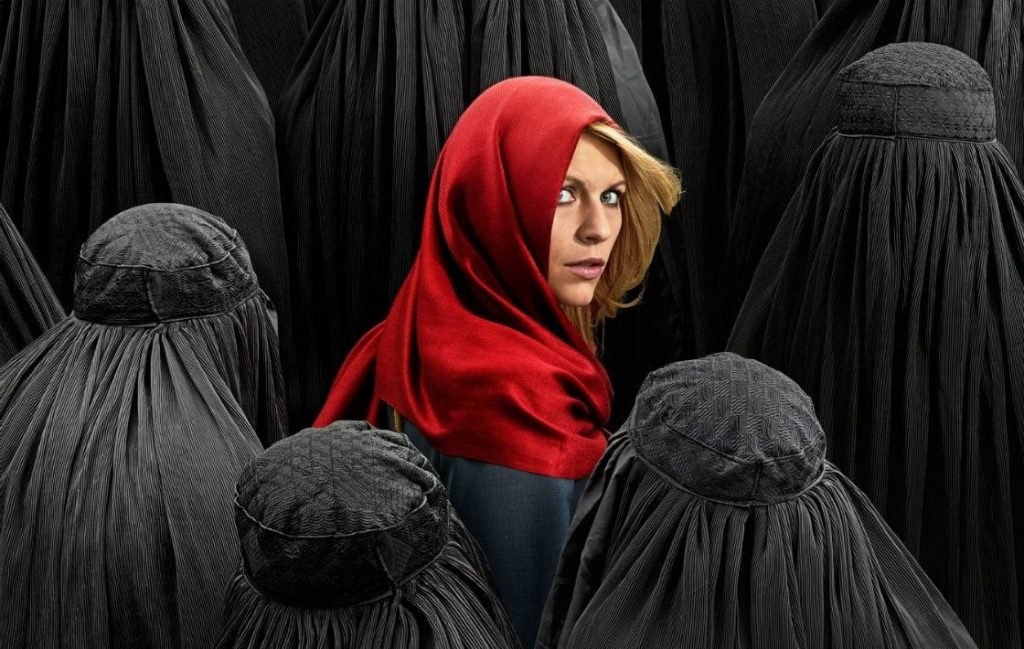 Hardly has any show depicted the world of international espionage as brilliantly as ‘Homeland’. The series stars Clair Danes as the CIA spy Carrie Mathison and Damian Lewis as Nicholas Brody, a U.S. Marine Corps Scout Sniper. Brody has been a captive of the Al-Qaeda for a long time before his rescue, which leads Carrie to doubt whether he has been “turned” by his captors onto their side. While Carrie goes around the world on her missions, Brody becomes a public figure by entering politics. However, a terrorist attack disturbs all the equations as Brody flees the country and Carrie does not understand what to make of his escape.

The series is brilliantly built on the equation of these two characters who try to get the better of each other. Truth is very elusive in this world of espionage. The series is rather tense, and becomes even more fascinating when Carrie’s bipolar nature starts having a massive impact on her career and the decisions she makes. However, it must be mentioned here that despite the positive reviews, many critics have pointed out the bigoted point of view the series propagates in certain cases. 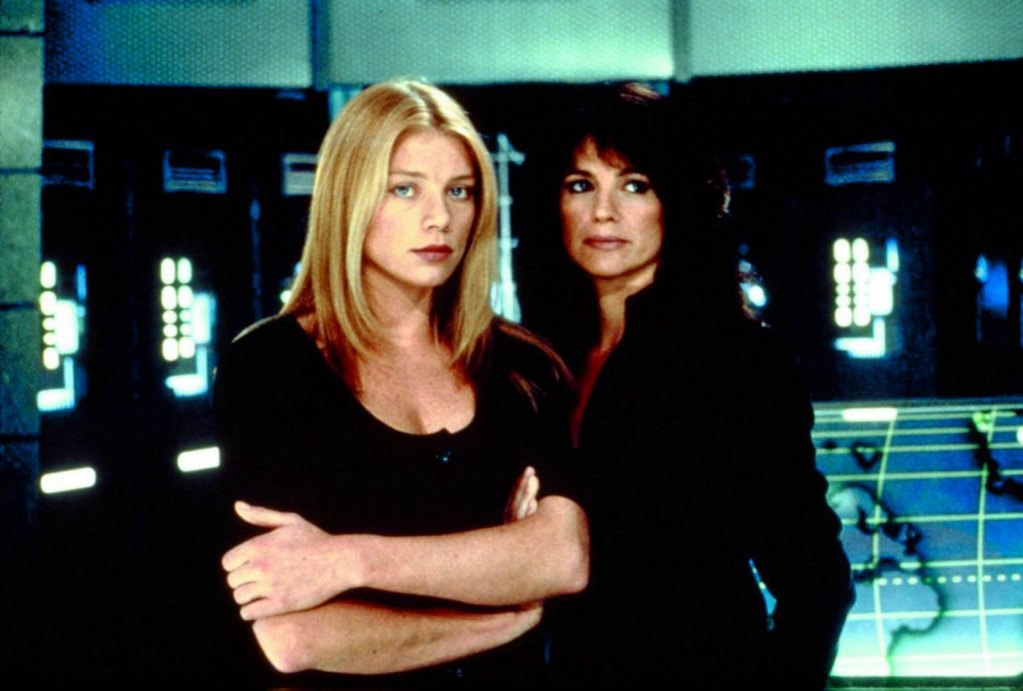 This series is based on the 1992 film ‘Nikita’ directed by Luc Besson (‘Leon: The Professional’). The story centers around a girl called Nikita who is made to join a secret government organization called Section One. This organization has some of the world’s most ruthless assassins as its members. After her recruitment, Nikita also goes through a rigorous training process which transforms her into one of the deadliest women in the world. While she is made to believe Section One has been created to battle international terrorism, Nikita cannot exactly trust her bosses. ‘Nikita’ does reveal to us how shady government organizations may end up ruining some people’s lives to meet their goals. Nikita is at first falsely convicted of a murder, and then brought out of prison on the condition that she joins Section One. The series is brilliantly written, and takes the story far beyond the scope of the original film. Solid performances are also an added bonus. 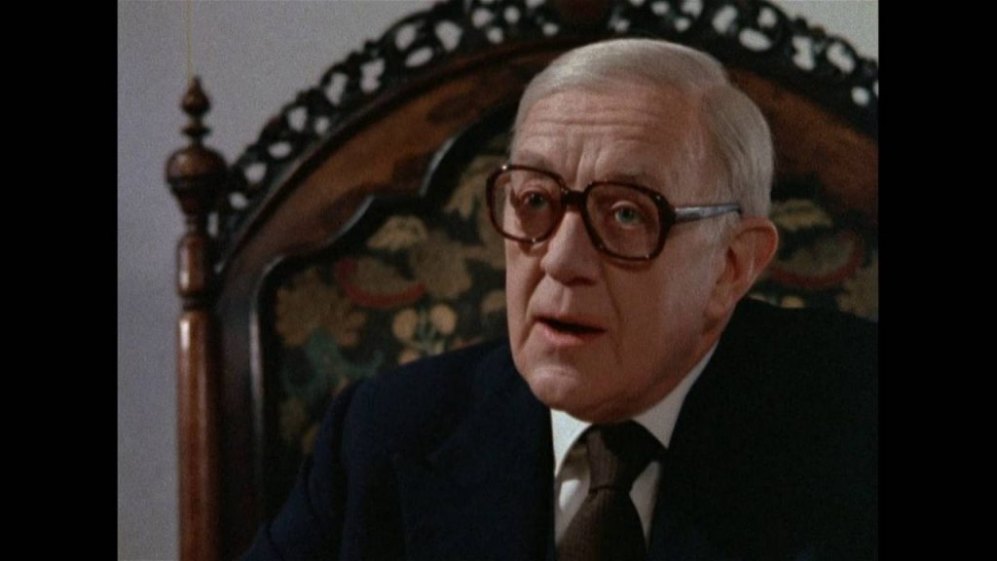 John le Carré’s novel of the same name is the inspiration behind this BBC miniseries. The series centers around the eponymous spy who used to work for the MI6 (referred to discreetly as “The Circus” within the show). When George Smiley gets to know of the murder of one of his important international associates, he returns back to the circuit once again to probe further. What he chances upon is a dangerous plot being concocted by his nemesis, the Soviet Union’s Karla. Smiley now sets out to thwart Karla’s plans and prevent him from causing any massive damage to the western world. The story, owing to the brilliant writing of le Carre, will keep you glued to the screen till the very end. The performances by the leading actors are also quite compelling. 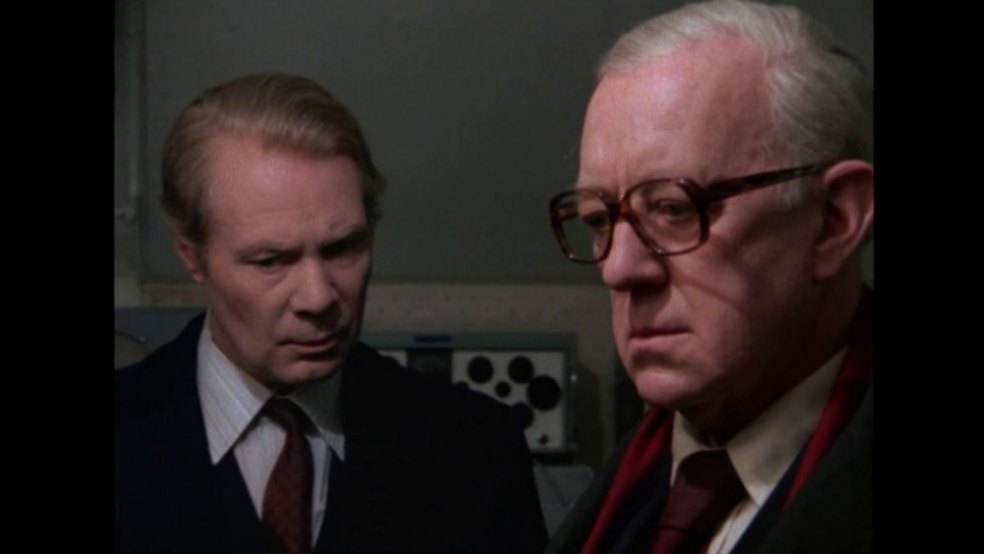 Another series with the character George Smiley, ‘Tinker Tailor Soldier Spy’ was directed for BBC TV by John Irvin with le Carre himself penning the screenplay. The story begins at a point when Smiley is forced to retire after a failed mission. The MI6, naturally, faces some problems after this mission, but nobody is prepared to handle the news when it comes to light that one of the high-ranking MI6 operatives is a mole working for the Soviet Union. When all other tactics to find the perpetrator fails, Smiley, despite being on the list of suspects himself, is brought out to retirement to investigate the matter. It is again the brilliant writing and the performances which turn this series into one of the best spy shows of all time. Alec Guinness won the BAFTA TV Award for Best Actor for his performance in the show. Le Carre has claimed that this series is his favorite adaptation of his own work. ‘Tinker Tailor Soldier Spy’ was later made into a film in 2011 with Gary Oldman playing the leading role.