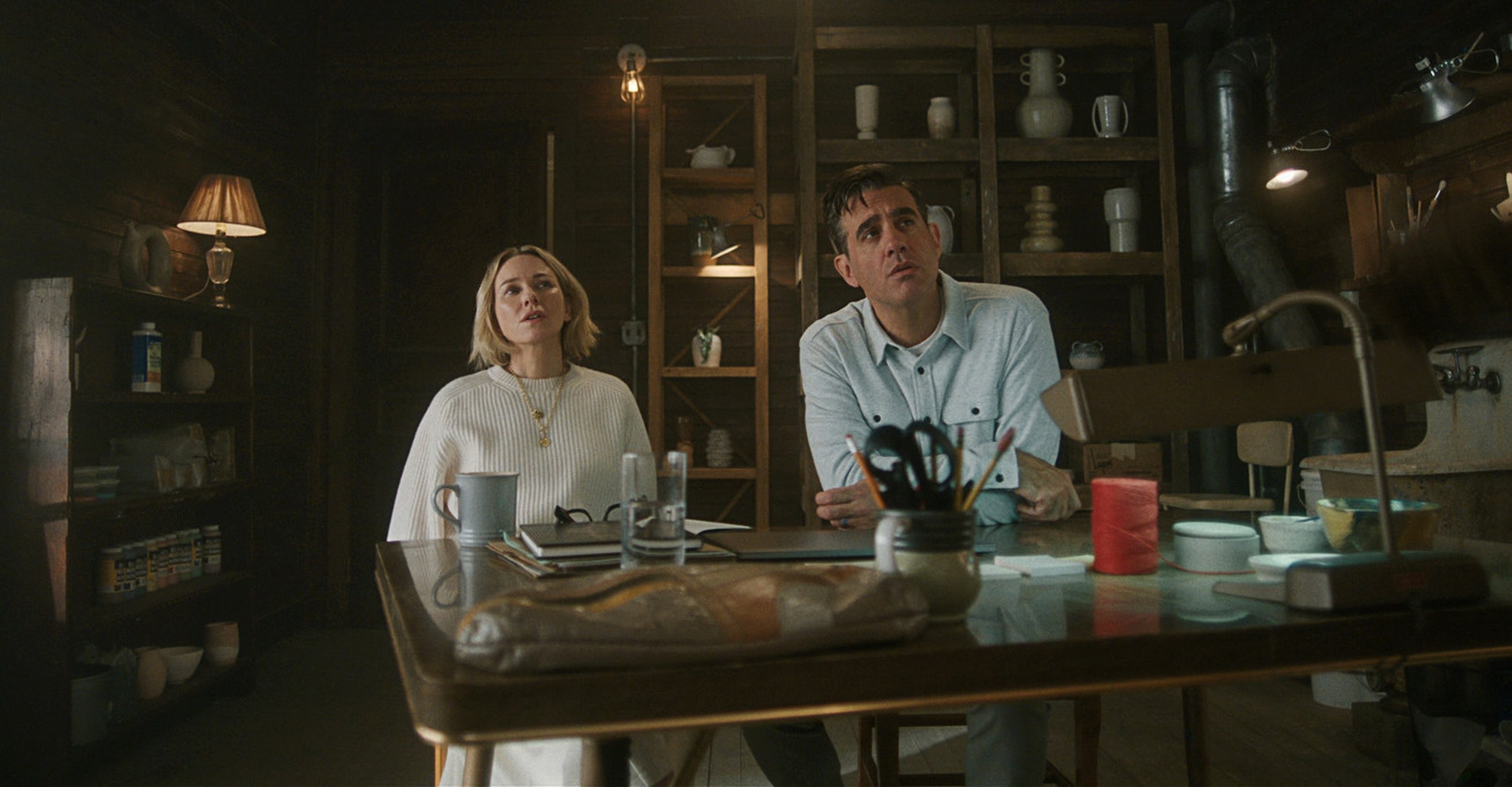 Based on the 2018 news report ‘The Haunting of a Dream House’ by Reeves Wiedeman published in The Cut, Netflix’s ‘The Watcher‘ is a true crime mystery series that dramatizes the true story of a married couple who move into their dream house in Westfield, New Jersey. However, soon enough, their new home becomes the source of their worst nightmare when a stalker named The Watcher starts sending them harassing and intimidating letters.

Co-created by Ryan Murphy and Ian Brennan, the series features stellar performances from some of the biggest names in Hollywood, including Naomi Watts, Bobby Cannavale, Mia Farrow, Jennifer Coolidge, and Noma Dumezweni. So, if you are a fan of the genre and wish to watch something along the same lines after this, you might want to check out the recommendations that we have listed below. You can watch most of these shows like ‘The Watcher’ on Netflix, Hulu, or Amazon Prime. 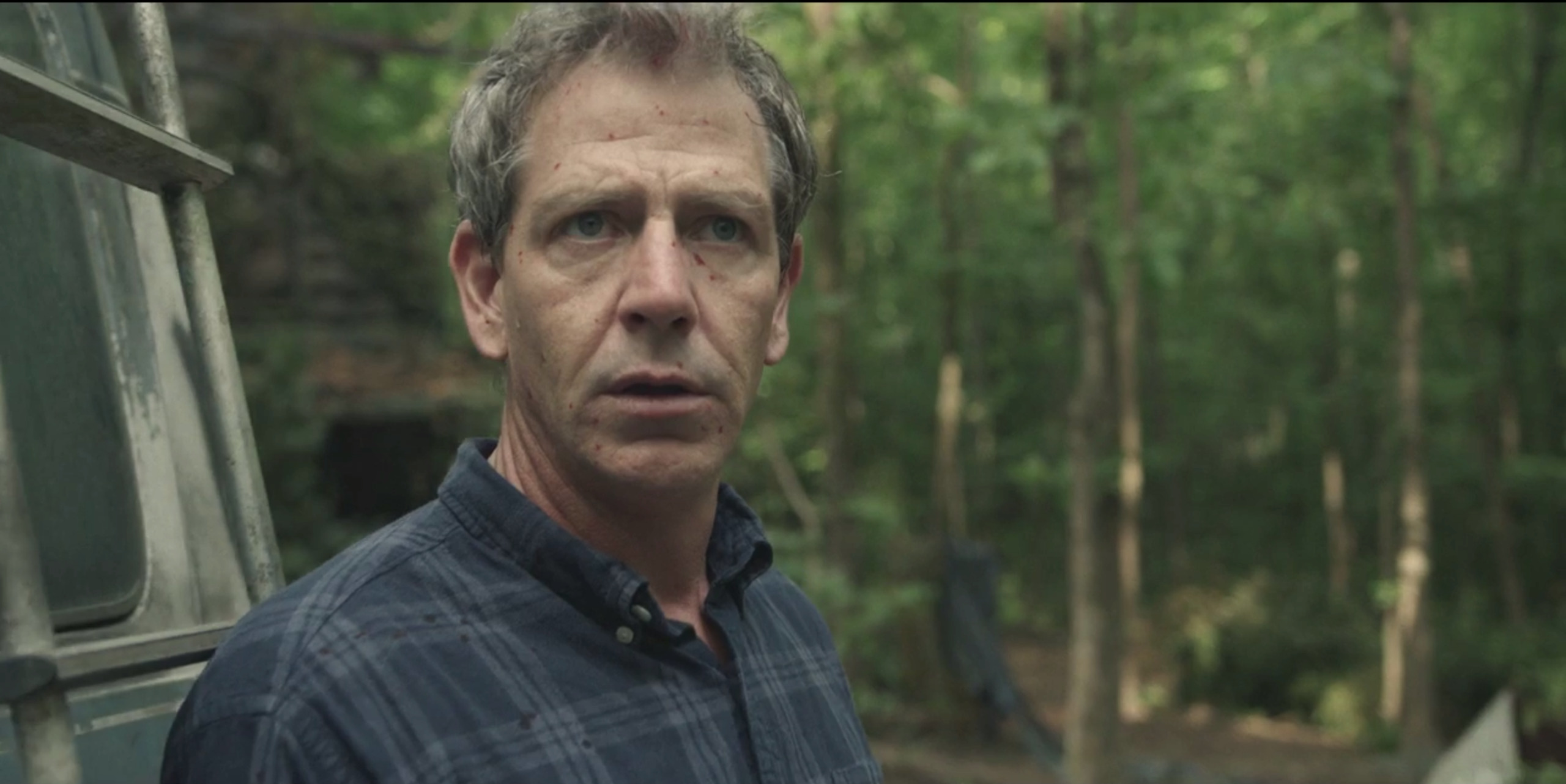 Based on the 2018 eponymous novel by Stephen King, HBO’s ‘The Outsider’ is a psychological thriller drama series developed by Richard Price that revolves around the investigation of the gruesome murder of a young boy. Albeit, when a mysterious and supernatural force gets linked to the case, the beliefs of one of the leading investigators turn upside down as he begins to question everything. Although ‘The Watcher’ doesn’t involve the murder of a young boy, what makes ‘The Outsider’ similar are the style of direction and the mystery surrounding the main culprit of the occurrences in the respective series.

Based on the Dateline TV episodes about the story of Pam Hupp, NBC’s ‘The Thing About Pam’ is a true crime drama series named after the eponymous podcast. Dramatizing the actual events of a 2011 murder case, the narrative revolves around Betsy Faria’s murder and how her husband, Russ, gets convicted falsely. Although, when the sentence is overturned, all the new pieces of evidence point toward Pam Hupp. Like ‘The Watcher,’ ‘The Thing About Pam’ is a true crime series focusing on a suspenseful and horrific case.

Co-created by Joel Fields and Joseph Weisberg, ‘The Patient‘ is a psychological thriller series that revolves around a gloomy psychotherapist named Alan Strauss, a fresh widower trying to cope with the recent death of his wife. His agony is increased tenfolds when one of his patients, Sam Fortner, turns out to be a serial killer.

To escape his homicidal urges, Sam seeks help from Alan by keeping him hostage. What links ‘The Patient’ with ‘The Watcher’ is that both involve intimidating figures, a serial killer and a creepy stalker, who use their ways to assert their presence in the protagonists’ lives by tormenting them.

Based on Jeff Lindsay’s 2004 novel ‘Darkly Dreaming Dexter,’ Showtime’s ‘Dexter‘ is a crime drama series developed by James Manos Jr. It follows the double life of Dexter Morgan, who is a blood spatter analyst in the fictional Miami Metro Police Department during the day and a vigilante serial killer at night. Much like the stalker in ‘The Watcher,’ Dexter indulges in a reasonable amount of stalking in ‘Dexter.’ Moreover, he seems like just another neighbor in the neighborhood, which keeps him out of trouble, just like ‘The Watcher.’ 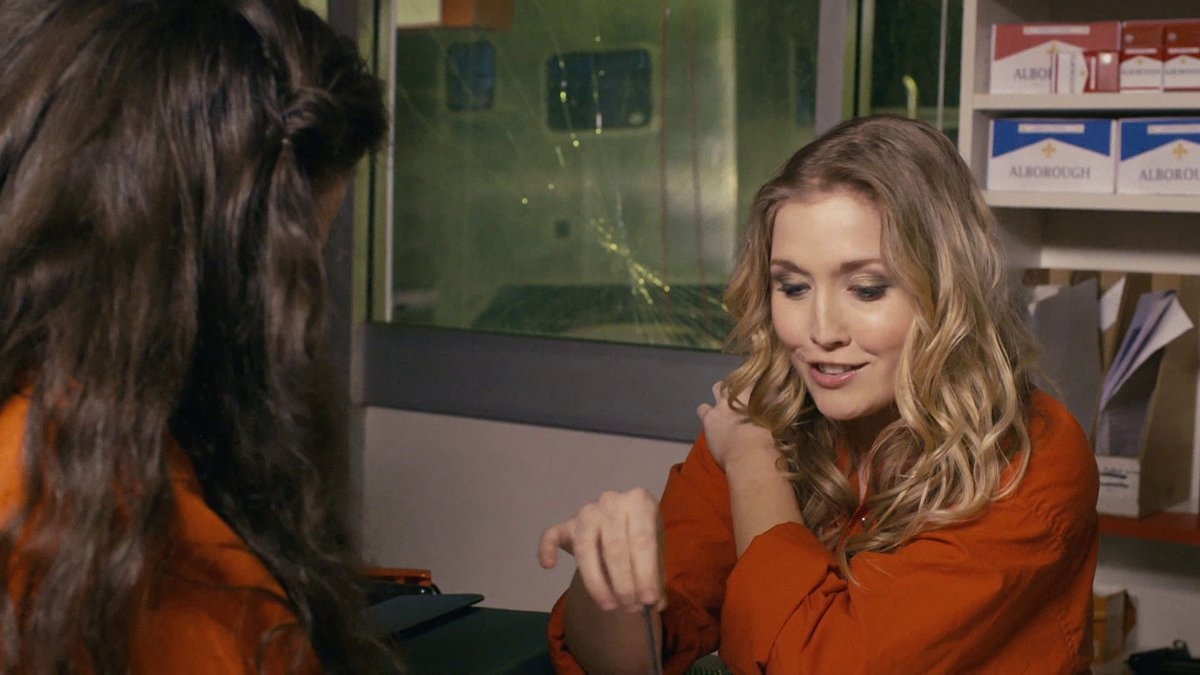 ‘Obsession: Dark Desires’ is a true crime docudrama series that dramatizes the real-life experiences that victims have had of stalking. We all know that obsessions can be of different kinds, some healthy and others not so much. The show focuses on the dark side of the same that make the culprits turn to following their victims and making their life a living hell. The themes of stalking and trying to conceal one’s identity are seen in both ‘Obsession: Dark Desires’ and ‘The Watcher.’ 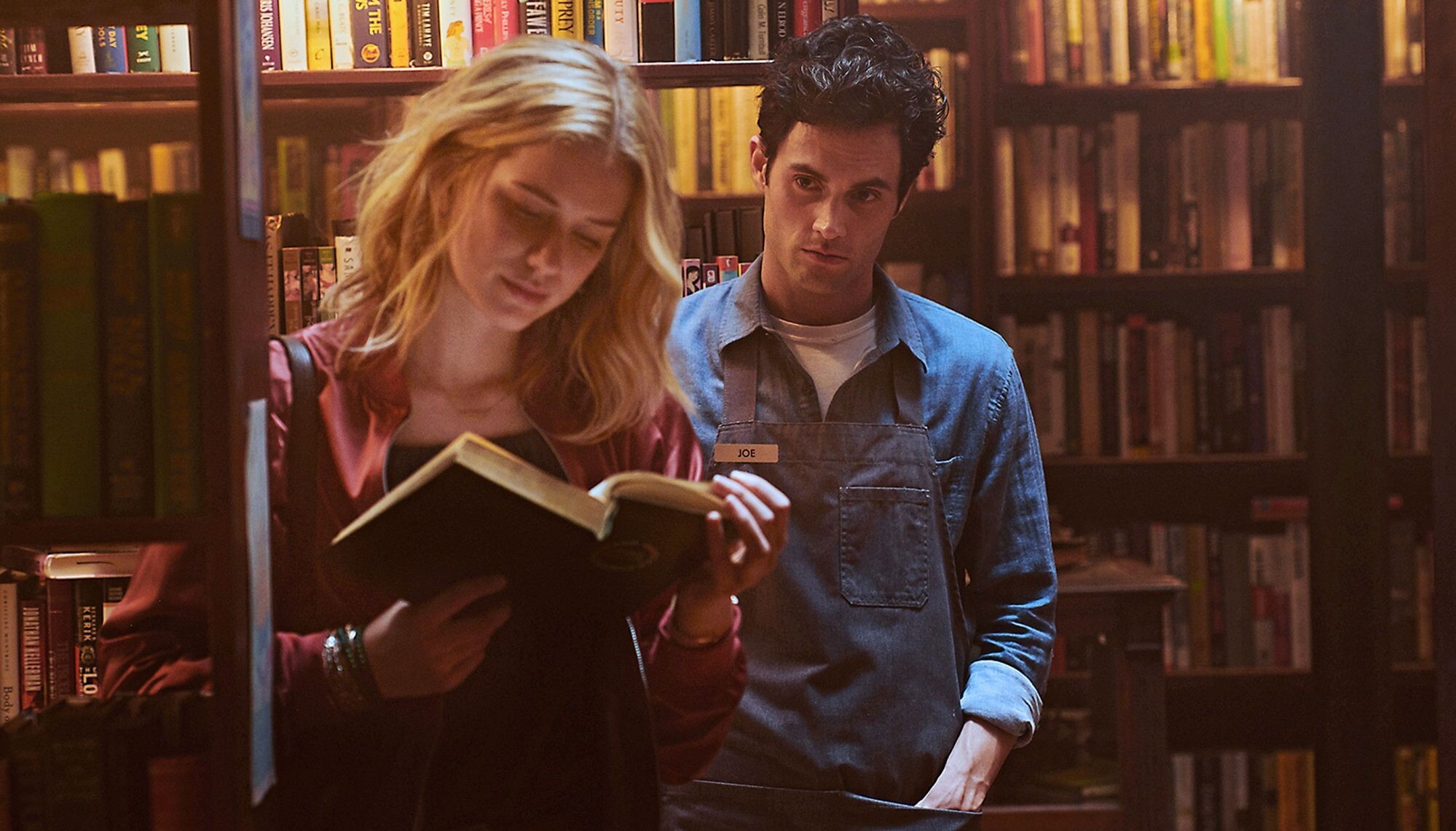 Based on ‘You,’ ‘Hidden Bodies,’ and ‘You Love Me’ by Caroline Kepnes, Netflix’s ‘You‘ is a psychological thriller series created by Greg Berlanti and Sera Gamble. The narrative revolves around a dangerous, charming, and obsessive man named Joe Goldberg, who tends to fall in love easily and develop an intense obsession with the woman in question, so much so that it becomes life-threatening. Like the stalker in ‘The Watcher,’ Joe from ‘You’ also indulges in stalking and invades others’ privacy. 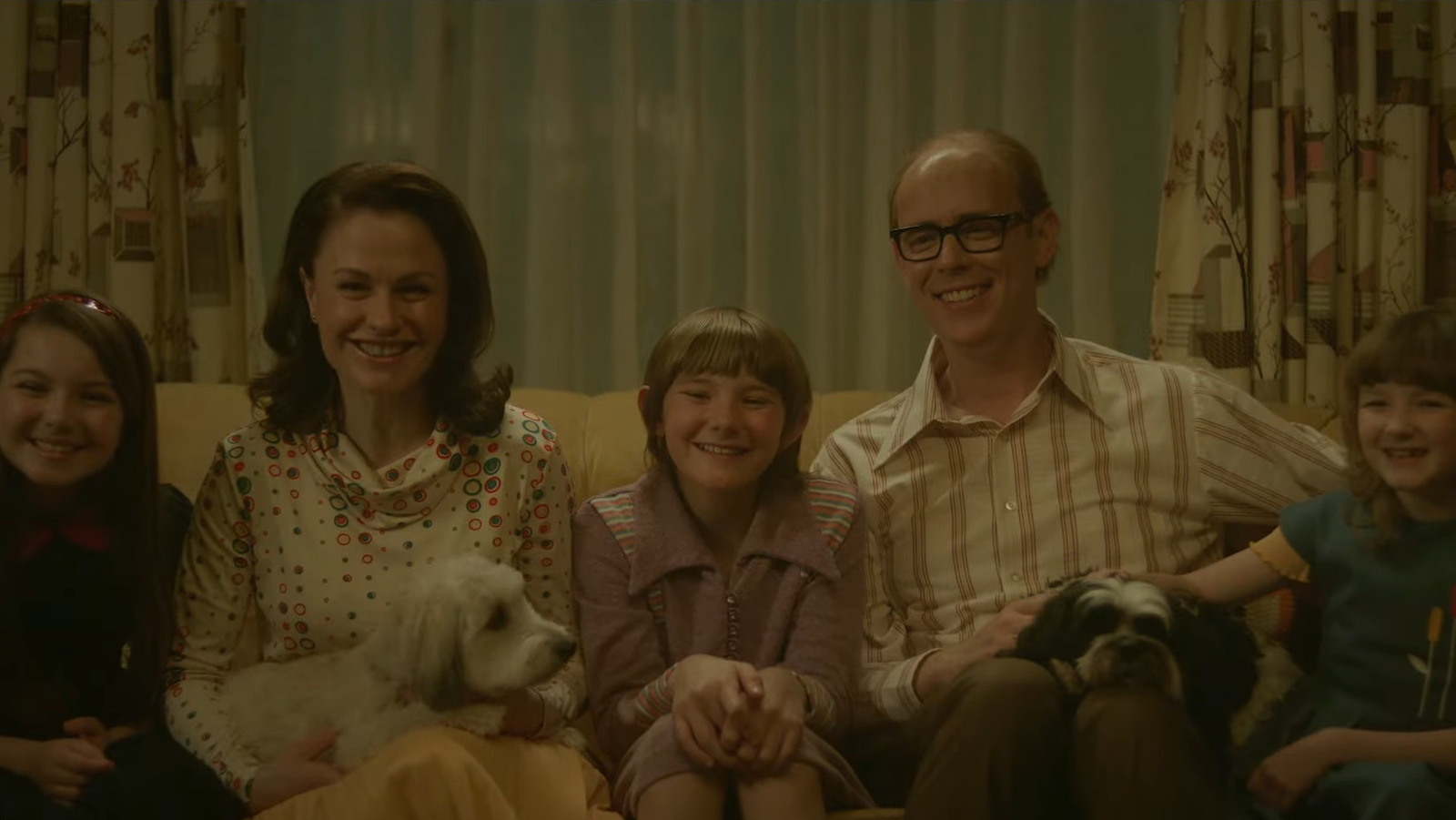 Based on real-life events like ‘The Watcher,’ Peacock’s ‘A Friend of the Family‘ is a true crime drama series created by Nick Antosca that follows the Broberg family and their close friend, Robert Berchtold. Set in the 1970s, the two-faced Robert kidnaps the 12-year-old daughter of the Brobergs named Jan. A couple of years later, upon returning her to her parents, he kidnaps her again when she is fourteen. Both ‘The Watcher’ and ‘A Friend of the Family’ involve a family getting tormented and harassed by someone they know, thus making them similar.

Read More: Where is Netflix’s The Watcher Filmed?