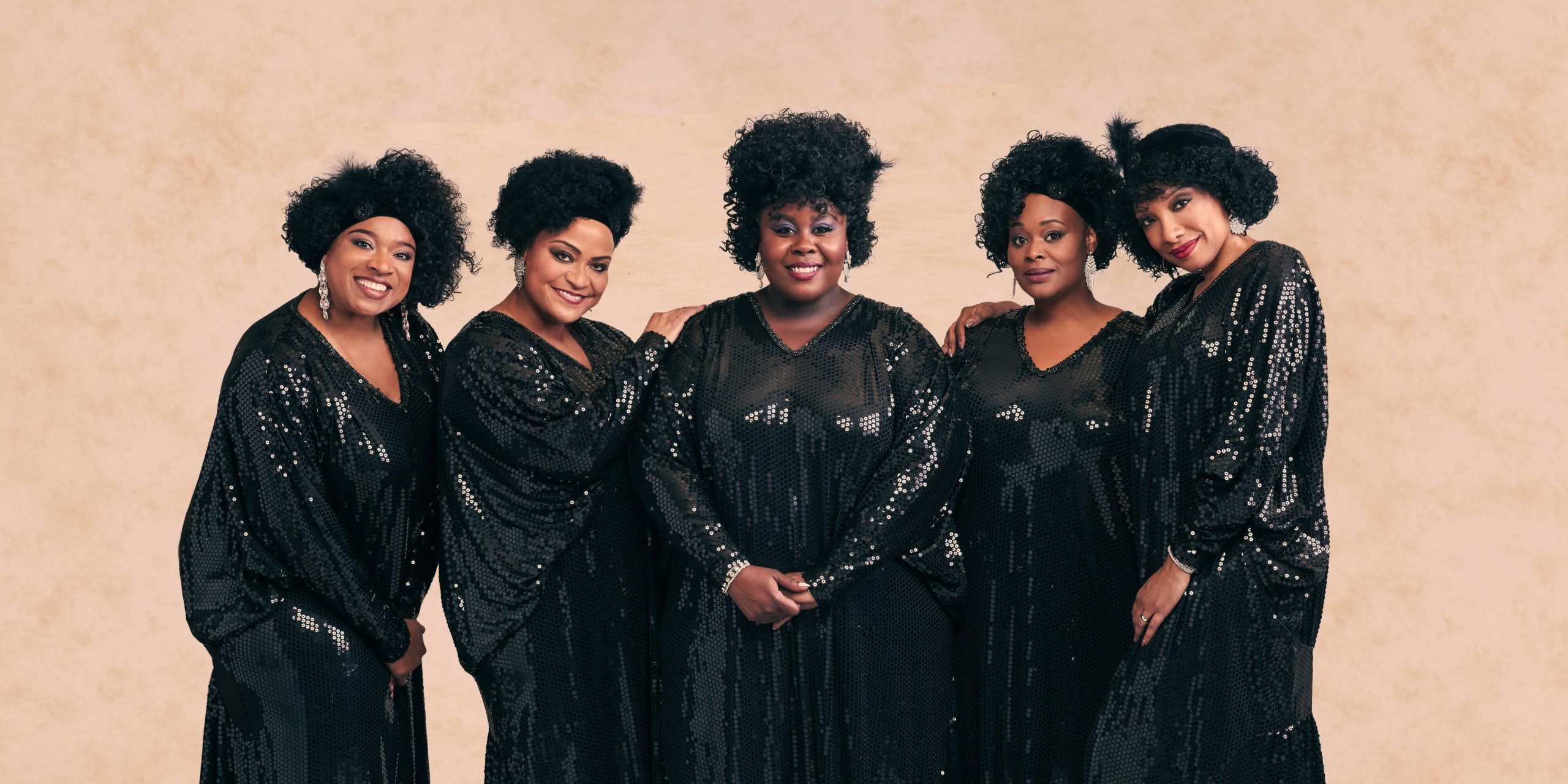 If you’re a fan of gospel music, you must be familiar with the name The Clark Sisters. Touted as the pioneers of contemporary gospel, the world-renowned group has produced many record-breaking albums since its formation in 1966. ‘The Clark Sisters: The First Ladies of Gospel’ is a biopic on the journey of the highest-selling female gospel group. It showcases the ups and downs in the professional lives of the supremely talented sisters – Jacky Clark Chisholm, Denise “Niecy” Clark Bradford, Elbernita “Twinkie” Clark, Dorinda Clark-Cole, and Karen Clark Sheard and the guiding force of their trailblazing career, their mother, Dr. Mattie Moss Clark.

The movie also throws light on the heartwarming and heart-wrenching moments in their careers, from their origins, setbacks, loss, interpersonal rivalries to winning a Grammy Award, and garnering unparalleled fame as gospel queens of the music industry. Lifetime collaborated with pop-culture icons like Queen Latifah, Missy Elliott, and Mary J. Blige, to produce the film. Christine Swanson serves as the director, while Camille Tucker has given story and teleplay. Let’s find out about the filming locations of ‘The Clark Sisters: The First Ladies of Gospel.’

The movie was shot in Canada’s most populous province, Ontario. Located in Central Canada, Ontario is famous for its natural heritage, cultural diversity, and thriving economy. It is also home to 4/5 of the Great Lakes and the magnificent Niagara Falls. It’s filming studios, favorable climate, tax incentives, and beautiful locales encouraged the makers to set up a production base in Ontario. Here is the specific area where the movie was filmed.

The film was entirely filmed in Ontario’s capital city, Toronto. Check out the hilarious behind-the-scenes video shared by Christina Bell, who plays Twinkie in the movie.

Here’s another video from one of their jamming sessions on the set.

Christina also shared a video from the filming location, featuring Kiera and herself, singing and having fun during a break from shooting.

Below is a beautiful and soothing video of the actors/singers recreating one of the iconic songs from the iconic music collection of the Clark Sisters. Check it out!

The ‘Name It Claim It’ sequence was shot in a production studio in Toronto.

Sheléa, who essays the character of Dorinda in the film, shared a picture of her reel sisters from the filming site. Don’t forget to check out the inside joke in the caption.

The filmmaking industry of Toronto has earned the colloquialism – “Hollywood North” for its contribution to movie production in the world. The largest film and television production center in Canada, Toronto, boasts multiple filming studios and stands in for various cities around the world.

It served as a filming location for movies like ‘The Shape of Water,’ ‘Goodwill Hunting,’ ‘Suicide Squad,’ ‘X-Men,’ and many others. Shows like ‘American Gods,’ ‘The Handmaid’s Tale,’ ‘Orphan Black,’ ‘The Umbrella Academy,’ were also shot in Toronto, Ontario.

Ellis essays the character of the matriarch of the Clark family, Mattie Moss Clark. You may recognize Ellis as Sharon Salaam from the critically acclaimed drama ‘When They See Us.’ The supporting cast includes Ronnie Rowe as John, Brandon McKnight as Glynn, Romaine Waite as Greg Cole, Saad Siddiqui as Reza, Simone Miller as young Dorinda, Kerron Schullere as Bill Moss, and Danny Waugh as Promoter, among several others.