The Informer: Everything We Know 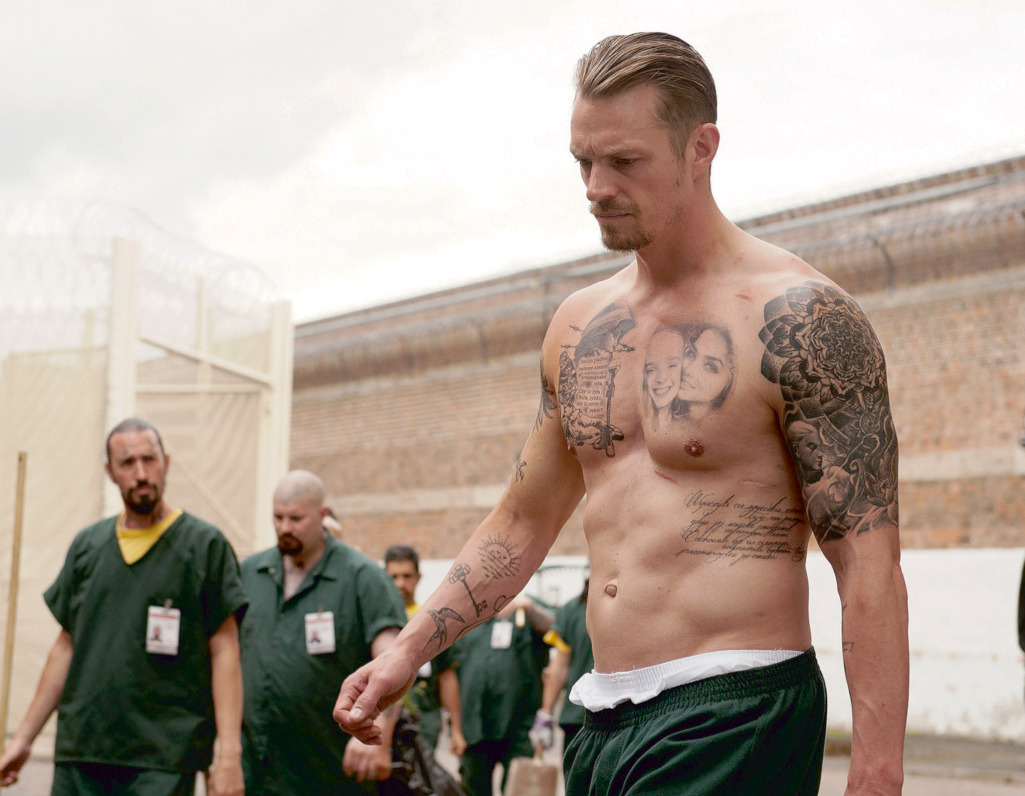 While book adaptations may have a bad name for lackluster cinematic adaptation and a relatively uninventive creative premise, they certainly brim with the possibility of adequate source material for riveting stories. That is exactly what the upcoming British crime movie, ‘The Informer’ will seek to milk, in order to depict a dark, suspenseful and engrossing crime thriller story. The movie is based on a book by the Swedish crime team, Anders Roslund and Borge Hellstrom titled ‘Three Seconds.’

The adaptation was announced in 2017 at the Cannes Film Festival. ‘Three Seconds’ won the Swedish Academy of Crime Writers Award in 2009 and was a best-seller there. It was noted for its intriguing portrayal of violence, betrayal and a wise but untrusting protagonist.

The movie has already been released in the United Kingdom but not in the United States. It has been described as being a dark tale set in a cynical world full of mysterious characters. One can rest assured that if nothing, the movie has a promising plot with its dense source material which runs for over 450 pages. The film is conflict-packed with tons of interesting story arcs and instances of engaging conflict. You can find out what the story is about, who all are involved in the project, when you can catch it in your nearest cinema and a link to the trailer below.

The Informer Plot: What is it About?

The movie follows Pete Koslow, a former special operations soldier who is also a rehabilitated criminal. He works for twisted FBI handlers who use his services to infiltrate Polish drug trade by sending him on undercover missions. Koslow’s latest quest could be his opportunity to quit the dangerous and shady business of working undercover but it is also his most challenging one.

Firstly, he has to return to Bale Hill Prison, a place that he has had a troubled past in and a place that he struggled to leave. He would be forced to enter the prison after years of working in the Polish mafia as a secret Informer to take control of the amphetamine trade inside. However, inside the prison, a drug trade that he is involved goes wrong and Koslow finds himself racing against time to preserve his identity. He has to seek assistance from a member of the NYPD’s Organized Crime Division to protect him and his loved ones.

The Informer Cast: Who is in it?

The Swedish actor, Joel Kinnaman is the lead actor of ‘The Informer.’ He plays the role of secret operative, Pete Koslow who has to complete one last quest in order to gain freedom from his risky life of being an FBI undercover agent. Kinnaman is best known for playing the lead character, Takeshi Kovacs in the science fiction television series, ‘Altered Carbon.’ Before that he was seen on the political thriller, ‘House of Cards’ as the governor, Will Conway who runs for president. He gained recognition after the Swedish thriller, ‘Easy Money.’ Moreover, he has also appeared in ‘Suicide Squad’ and was one of the contenders to play the lead role in ‘Mad Max: Fury Road.’

The British actress, Rosamund Pike plays a certain character named Wilcox. Her most recent notable movie was perhaps the psychological thriller, ‘Gone Girl’ where her portrayal of the psychopathic lead actress was well-appreciated. She has appeared in several prominent movies such as ‘Pride & Prejudice,’ ‘Johnny English Reborn’ and ‘Jack Reacher.’ The thriller genre is familiar territory for Pike who rose to fame after being cast as a Bond girl in the movie, ‘Die Another Day.’

Apart from Pike and Kinnaman, the English actor, Clive Owen is also a part of the movie’s cast. He is slated to be one of the central antagonists of the movie. He became prominent after playing a struggling writer in ‘Close My Eyes.’ He has also acted in other movies like ‘Sin City,’ ‘Inside Man’ and ‘Children of Men.’ Other cast members include Ana de Armas as Sofia Hoffman, Common as Grens, Joanna Kaczynska and Edwin de la Renta.

The Informer Crew: Who is Behind it?

‘The Informer’ is directed by Andrea Di Stefano. The Italian director’s first directorial feature-length venture was ‘Escobar: Paradise Lost.’ Moreover, he also helped prepare the movie’s adapted screenplay along with Matt Cook and Rowan Joffe. Brooke and Will Blair composed the movie’ music score while Daniel Katz handled the cinematography. It was edited by Job ter Burg. The movie is produced by Thunder Road Pictures and The Fyzz Facility while Warner Bros. has distributed the thriller in the United Kingdom. Aviron Pictures handles the distribution in the United States.

The Informer Release Date: When Does it Premiere?

‘The Informer’ will release in the United States on January 10, 2020. However, the movie has already premiered in the United Kingdom on August 30, 2019.

The trailer for ‘The Informer’ can be watched below. It provides a decent glimpse into the dark and problematic corner that Kinnaman’s character finds himself in. You should definitely check it out to get a glimpse of the kind of thriller story that it seeks to tell and decide whether it is your cup of tea.