Netflix’s The Mole Season 1: Where is the Cast Now? 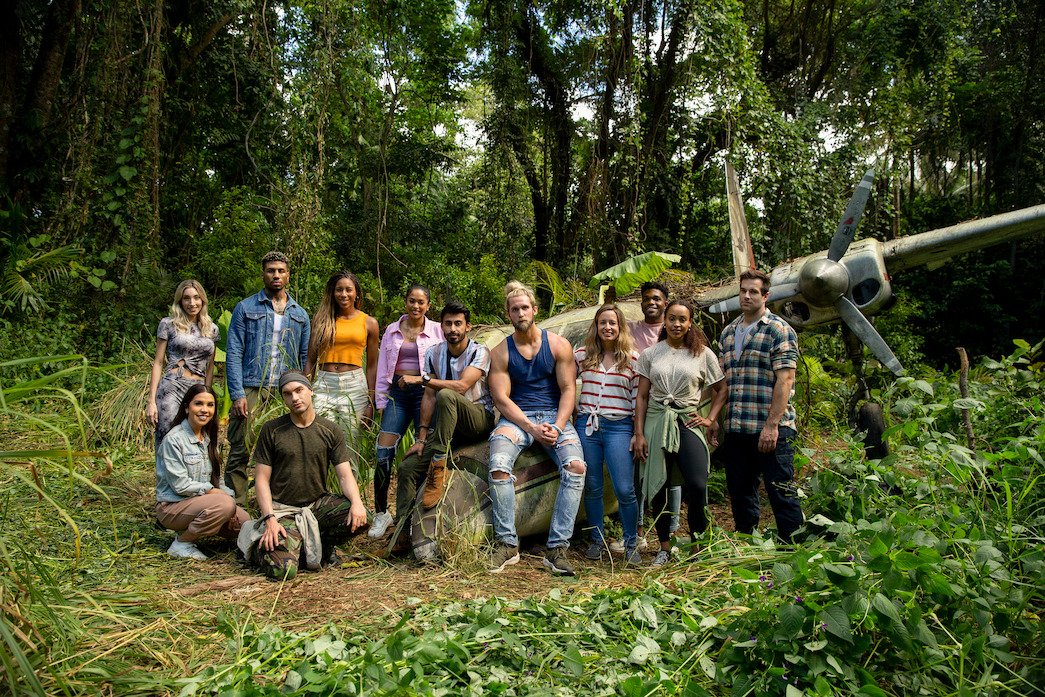 As a competition series living up to the cult-classic reputation of the eponymous ABC production it’s a reboot of, Netflix’s ‘The Mole‘ can only be described as equal parts baffling and captivating. After all, it revolves around 12 players — technically, 11 plus a secret saboteur — as they undertake a variety of challenges while also trying to identify the imposter, all to earn some hard money. So now that the first installment of this incredible original has premiered on our screens in its entirety, let’s find out precisely what every one of its cast members is up to these days, shall we?

Where is Osei White Now?

Although Osei’s stint in the show wasn’t long-lasting — he was the first to be booted off — he did leave a significant mark through his sheer innocent sincerity as well as straight face humor. It thus comes as no surprise he was often referred to as the “funny kid” while growing up in New York as the eldest of 15 kids, meaning he’s also highly adaptive and can thrive under any situation. Therefore, following a variety of odd jobs and even earning his real estate license, the 32-year-old NY-LA-based travel enthusiast is currently an actor, model, and artist signed by BMG Talent.

Where is Samara Joy Now?

Since we couldn’t get to know Samara much during her time in ‘The Mole,’ we should start off by stating she was raised in a small town in Maryland as one of seven siblings by a single mother. She hence learned the importance of hard work at an early age and eventually decided to pursue a career in both modeling and psychology upon graduating from West Virginia University. This led her to relocate to Atlanta, Georgia, for a master’s in her chosen academic field, where the 25-year-old still resides as a fashion model as well as a mental health counselor focusing on at-risk LGBTQ+ teens.

Where is Dom Gabriel Now?

Dom was honestly one of the most sincere players in the production as his goal was to earn some cash for his single parent — his mother/his best friend — yet he was the third to be eliminated. However, from what we can tell, it appears as if he has still managed to create a good life for them in Toronto, Canada, by serving as not just a Machine Operator at a Ben and Jerry’s factory but also an artist. The 29-year-old is a singer-songwriter for the DØNTCALL band, which has already released a few great singles, such as “Truth or Dare” as well as “Drowning,” that you can stream on Spotify right now.

Where is Sandy Ronquillo Now?

A Texas native through and through, Sandy was actually raised by her father alone after her mother suddenly disappeared when she was just seven, never to be seen or heard from again. She has thus learned to be independent and cautious all on her own the hard way, which has further driven her to a field where she can genuinely help others in a manner that will create a difference. Therefore, at the age of 26, the follower of Christ, travel enthusiast, and fitness buff is an Applied Behavior Analysis (ABA) therapist in Forth Worth, working particularly with children on the spectrum. Her mother’s case is still open.

Where is Pranav Patel Now?

Although we came across Pranav as an “extremely intelligent” law student with a background in biomedical engineering and a sports history, the truth is he has not just evolved but is also so much more. The 29-year-old New Jersey native actually resides in Boston at the moment, where he serves as an intellectual property associate at Lando & Anastasi LLP’s Chemical & Materials Sciences practice group. Moreover, he dabbles in space law, healthcare law, bioethics, engineering design, public health, and biomedical development, amongst much more, and is even the co-founder of AfroDesi (2018; a movement that blends Afro with Indo music). As for his personal life, he’s in a happy relationship with Sabrina Drezek.

Where is Casey Lary Now?

Cathleen “Casey” Lary can honestly only be described as a Northern California native who has proudly worn many hats throughout her significant 39 years of existence. Whether an advertising project manager, a recruiter in Silicon Valley, an English teacher in Japan, or a COVID ICU nurse across different cities, she has done it all to now be a travel nurse based in Oakland. As if that’s not enough, she’s even an avid athlete who often hikes and participates in various triathlons or competitions (like the annual Escape from Alcatraz) to maintain her fitness.

Where is Greg Shapiro Now?

Greg admittedly hails from a Jersey Shore-based strong Jewish family that he’s incredibly proud of owing to the values they’ve instilled in him, yet he has always known he’s quite a free spirit. He has hence traveled to over 40 countries as of writing (including Guatemala, Bolivia, and Peru); plus, he holds certifications in not just Zumba and Scuba Diving but also Yoga as well as Reiki. Coming to his professional standing, the 32-year-old proudly works as a Consumer Insights & Rewards Manager at City Experiences and a Marketing Research Professional specializing in travel-entertainment strategies in Seatle, Washington.

Where is Jacob Hacker Now?

Born and raised in a small country village in Ohio, ‘The Mole’ gave Jacob the opportunity to step foot outside of the United States for the very first time; he had to get his passport made for this. But focusing on only his current standing, from what we can tell, the 29-year-old still lives in the Northwest, where he serves as a Lieutenant firefighter-paramedic by day (going on over eight years) and a model/actor by night. He’s signed under Heyman Talent Artists Agency at the moment, so with his stint in this competition series definitely opening more doors for him, we can’t wait to see what he’ll do next.

Where is Avori Henderson Now?

Originally from a small town in Springfield, Illinois, Avori presently seems to be based in Los Angeles, California, where she continues to thrive as a professional gamer and a model signed by Ford Models. She’s even happily married to Australian creative director-photographer David Strib (January 2022), with whom she has been exploring the world and finding herself for the past few years. They’ve been to states as close as Nevada, Idaho, and Hawaii or countries as far away as Mexico, the UAE, Iceland, and Switzerland. It’s imperative to note that the 26-year-old recently started dabbling in music as well; her debut single “Revive” came out in August, and she has another song called “Last Life” on the way.

Where is Joi Schweitzer Now?

From what we can tell, Joi currently resides in Atlanta, Georgia, alongside her family as a proud wife, mother, commercial pilot, fitness enthusiast/coach, as well as a rising public personality. Though the latter is not just because of her lasting stint on Netflix’s ‘The Mole; it’s because she has been actively maintaining her social media presence in a brand-style manner for a while now. We should mention that despite the fact the 40-year-old’s family is her top priority, flying is her first love as she grew up around her airplane mechanic father — it’s thus something she has no intention of parting ways with anytime soon.

Where is William “Will” Richardson Now?

Even though Will won the $101,500 prize pot by guessing the identity of the secret saboteur correctly, it doesn’t appear as if he has drastically changed his lifestyle in any way, shape, or form. The only difference is that the 29-year-old lifelong Nevada native has seemingly evolved from a mere former athlete turned lifestyle brand manager for athletes into a booming digital creator himself. This growth is honestly not very surprising considering the combination of his appearance (literally Thor-like with his long blonde locks and 6’5″ height), his alluring personality, and his own stable job of knowing the significance of having such a brand.

Where is Kesi Neblett Now?

Ever since stepping away from her role as the Mole for good, it seems like Kentucky native Kesi has simply been pursuing spontaneity, freedom, as well as adventure in every sense of the term. The Columbia University engineering graduate (and volleyball athlete) had actually quit her highly stable job as a software developer/computer analyst at Goldman Sachs in March 2021. Therefore, today, although based in New York, the 27-year-old has been traveling, playing volleyball, reading, and writing to reconnect with her creative self, fill her days, and just be content. Hawaii, Mexico, and Greece are only a few places she has recently been to.

Read More: Where Is the Cast of The Mole Season 2 Now?