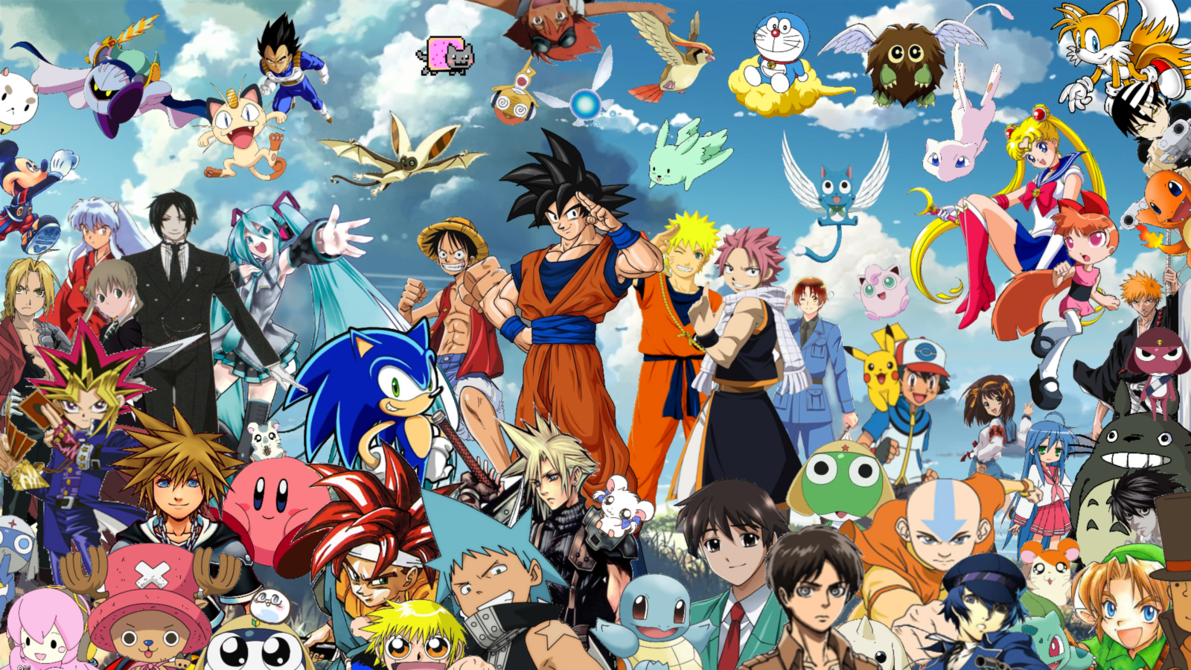 As much as you would hate to admit it, as a hardcore Otaku, you crave the good old crossovers even to this day. Anime crossovers are more of a dying sub-genre these days but back in the 90s, during the golden era of anime, every once in a while, major studios would drop some of the craziest anime universe crossovers. These would usually be miniseries involving some badass action with the greatest shounen characters or just a simple rom-com piece that just gets better with all of your favorite Shoujo characters gathering in a single show. Even a few manga have adopted this trend now. So, we’ve done a lot of research on anime crossovers and have selected the best ones that are probably worth your time. Here’s the list of the top crossover anime of all time: 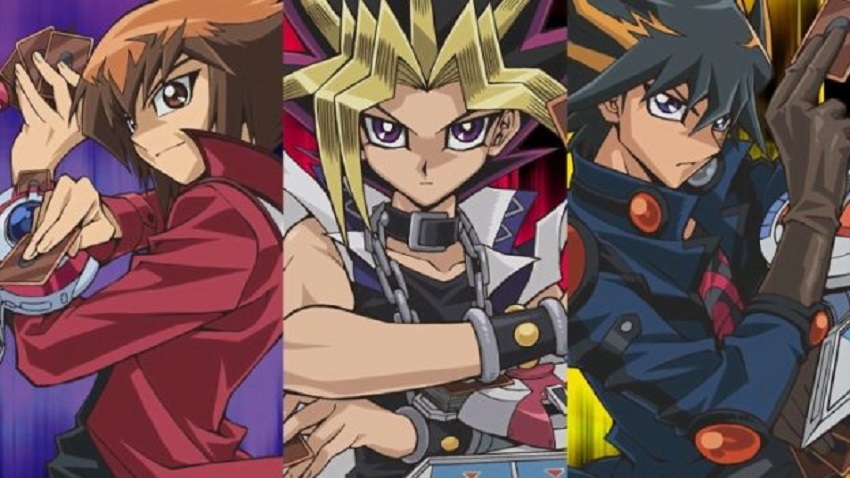 ‘Yu-Gi-Oh!: Bonds Beyond Time’ is the ultimate crossover movie that unites Yugi Mutou, Yusei Fudou, and Yuki Judai who are the main protagonists of ‘Yu-Gi-Oh!’, ‘Yu-Gi-Oh! GX’, and ‘Yu-Gi-Oh! 5Ds’ respectively. The three heroes are forced to time travel and join forces to fight a villain named Paradox who causes mayhem in the entire timeline by jumping from one time to another. If you’ve been following the ‘Yu-Gi-Oh!‘ franchise since its very beginning, then this one will give you some major nostalgia with the return of the fan service favorite Yugi Mutou. Apart from that, this movie holds quite an interesting time travel story that will entertain you throughout its runtime. Definitely a must-watch for all ‘Yu-Gi-Oh!’ fans! 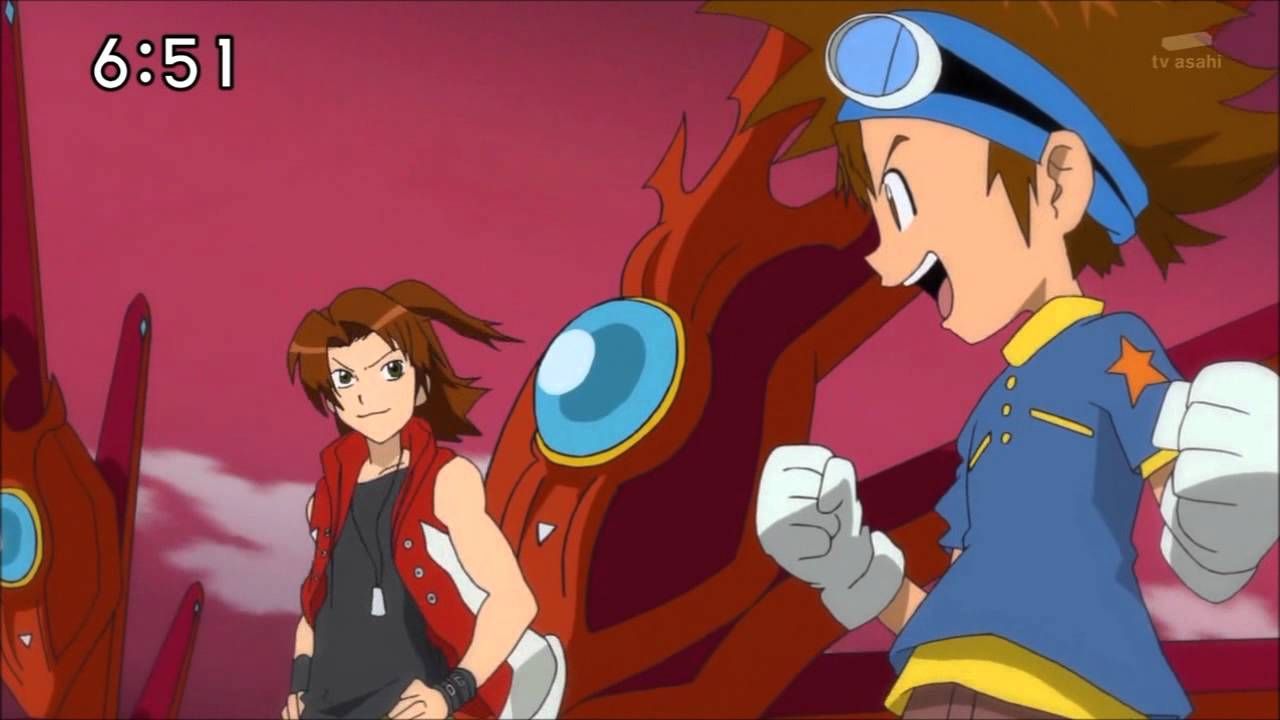 Also known as ‘Digimon Fusion’, ‘Digimon Xros Wars’ is the sixth anime series in the ‘Digimon‘ franchise. In the grand finale of its three seasons, the series features an attack where all of our heroes are surrounded by evil forces. This is when the heroes from all five ‘Digimon’ series arrive to rescue the main protagonists of this series. Each hero uses his/her own special powers and an intense iconic battle between good and evil ensues. 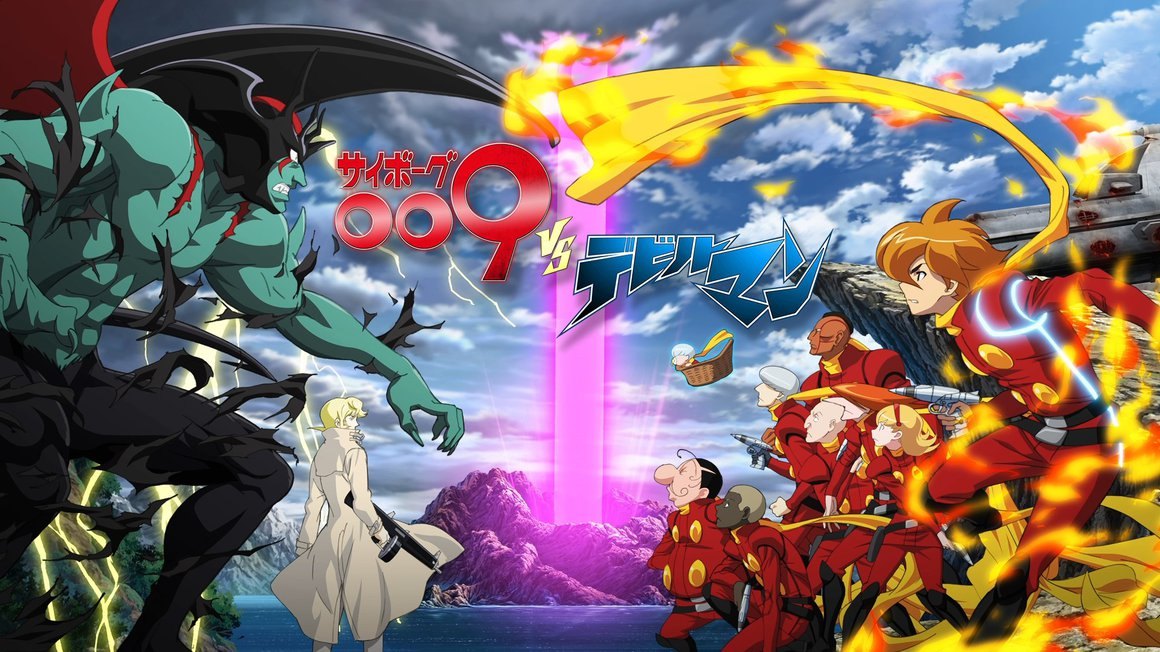 Now that ‘Devilman Crybaby‘ is on Netflix, this recent crossover might get the attention of many anime fans. This special 3 episode OVA features Cyborg 009 and Devilman, who are characters from the yesteryear of anime. However, the creators produced this OVA only when they felt that they would be able to meet the expectations of fans with some high-quality action scenes. While the story of this OVA is pretty mediocre, the hard work of the studios clearly reflects through its crisp and clear visuals. I wouldn’t recommend this crossover to someone who is not familiar with the characters of the two series as it makes no attempts to reintroduce or develop them. But if you’re a fan of the comics and the classic series, then this one is worth checking out. 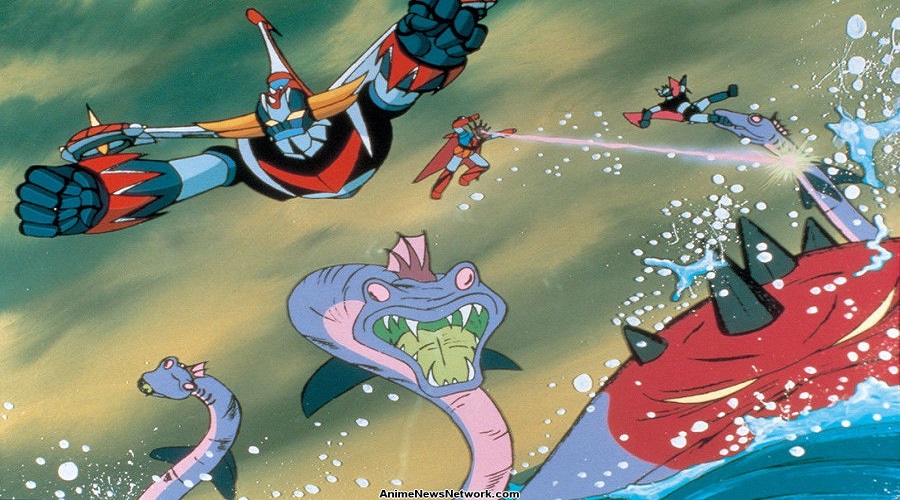 ‘Grendizer, Getter Robo G, Great Mazinger: Kessen! Daikaijuu!’ is an extremely old anime movie and you’re probably hearing about it for the first time. There was a time when mecha completely ruled the world of anime with iconic giant robots like Grendizer, Getter Robo G and Great Mazinger. In this anime movie, the three heroes battle a regenerative behemoth called Dragosaurus. Despite being the strongest robots ever known in the world of anime, defeating this giant monstrous creature proves to be no walk in the park for them.

Crossover aside, this movie involves your typical mecha action where the protagonists get slapped around like ragdolls until they’re able to hack a strategy to defeat the villain. When it comes to the visuals side of it, for an anime that came out in the 70s, the action scenes are quite fluid but do have that vintage quality. So overall, you can still watch this one if you’re looking for a soft introduction to the whole ‘UFO Robo Grendizer’ series. 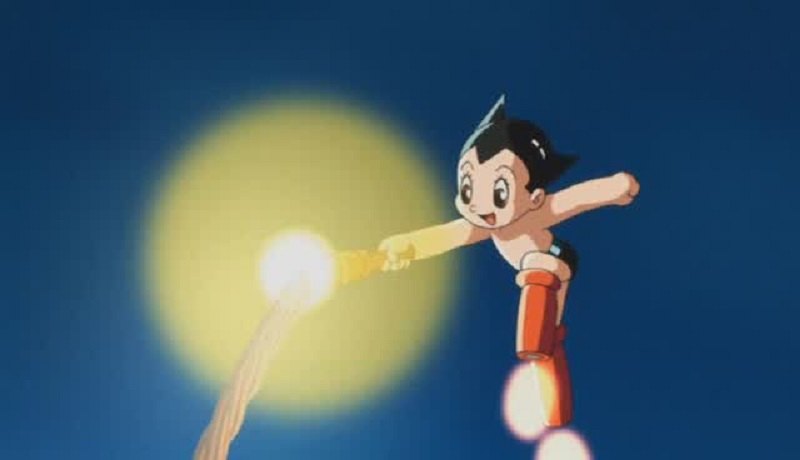 As a tribute to the anime giant Osamu Tezuka, ‘Ravex in Tezuka World’ is an 18-minute short film that featured in an album of the Japanese band called Ravex. It celebrates Osamu’s “would-be” 80th birthday by portraying several of Tezuka’s creations such as ‘Black Jack’ and ‘Astro Boy’. This crossover will take you back to the roots of the world of anime proving that anime would not be what it is today without the contribution of Osamu Tezuka. This crossover portrays a what-if “return” story wherein the space boy drifts deep into space and is then rescued by the three members of Ravex. He is then revived by “Space Jack” and is given a whole new name. What follows is another mini enthralling adventure where many characters such as Shinichi Osawa, The Princess Knight and even Rock Holmes return.

Along with some of the most classic characters, the film also involves music from some prominent artists like BoA, Maki Goto, Anna Tsuchiya, Tohoshinki, and TRF. This crossover may not be too appealing to the new generation of anime viewers. But for adults who have been through the golden era of anime when it was just starting to take over the world of animation, this one will bring back a whole lot of positive memories. 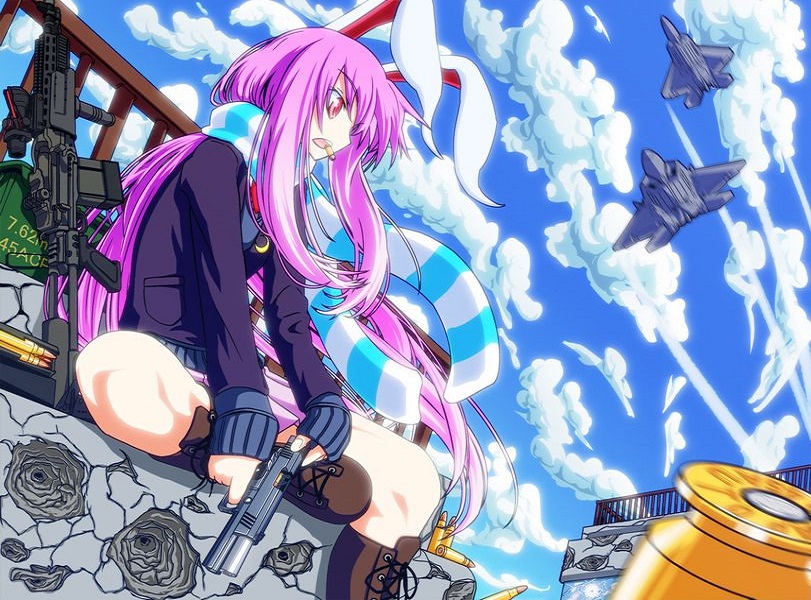 Animated by ufotable, ‘Anime Tenchou x Touhou Project’ is another one-episode feature that involves the characters from ‘Anime Tenchou’ and the doujin game franchise, ‘Touhou Project’. Though this crossover was very well accepted by those few people who were able to watch it, because of its limited release in Japan, it’s a little hard to find it these days. But its notable integration of characters with such diverse personalities makes it a worthy mention on this list. 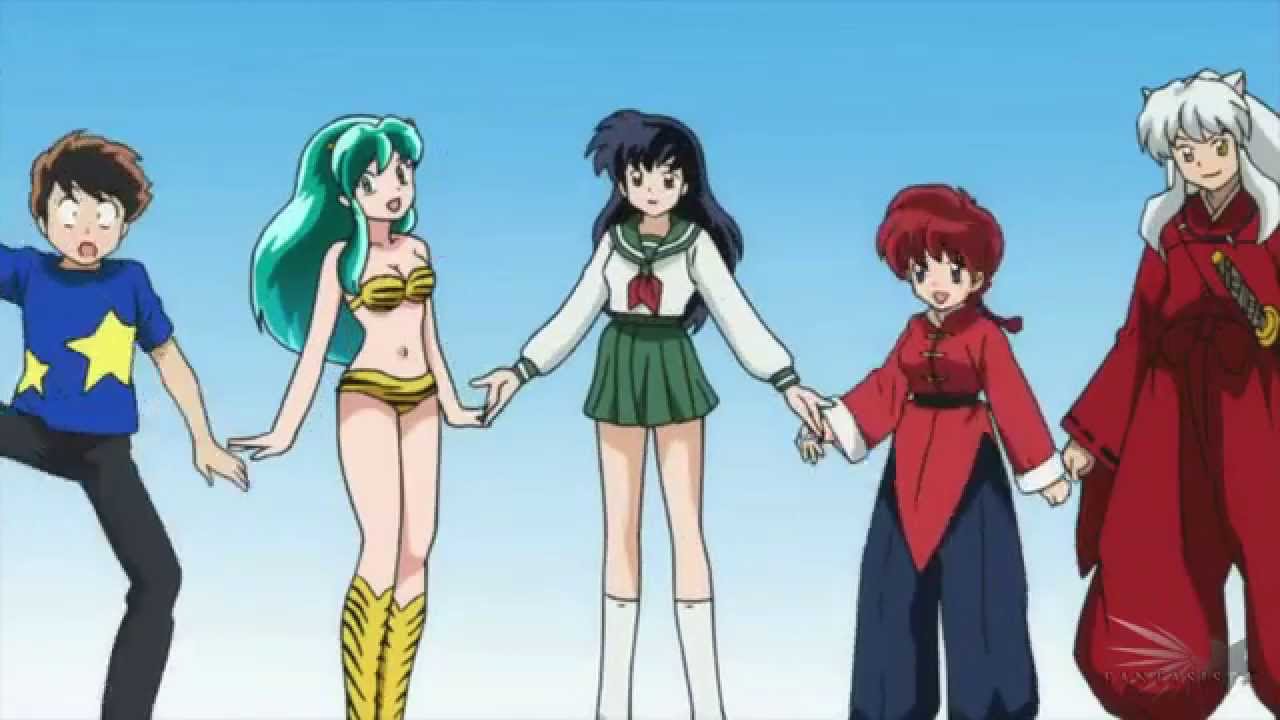 ‘Inuyasha‘ is a timeless anime that has been appreciated by several generations now. To pay tribute to the mangaka, Rumiko Takahashi, who created ‘Inuyasha’, Shounen Jump created a crossover of some of her best works in 2008. ‘It’s A Rumic World: 50th Anniversary Weekly Shonen Sunday’ is nothing but a one-episode short that brings together the characters of ‘Urusei Yatsura‘, ‘Ranma 1/2’, and ‘Inuyasha’.

Despite its extremely short runtime, the few interactions that the characters share are downright hilarious and significant enough to make this one a memorable crossover. What makes this crossover truly stand out from all the others is the way in which its characters break the fourth wall where Inuyasha and Ranma notice that they sound alike and even other characters like Kagome and Lum directly address the audience. 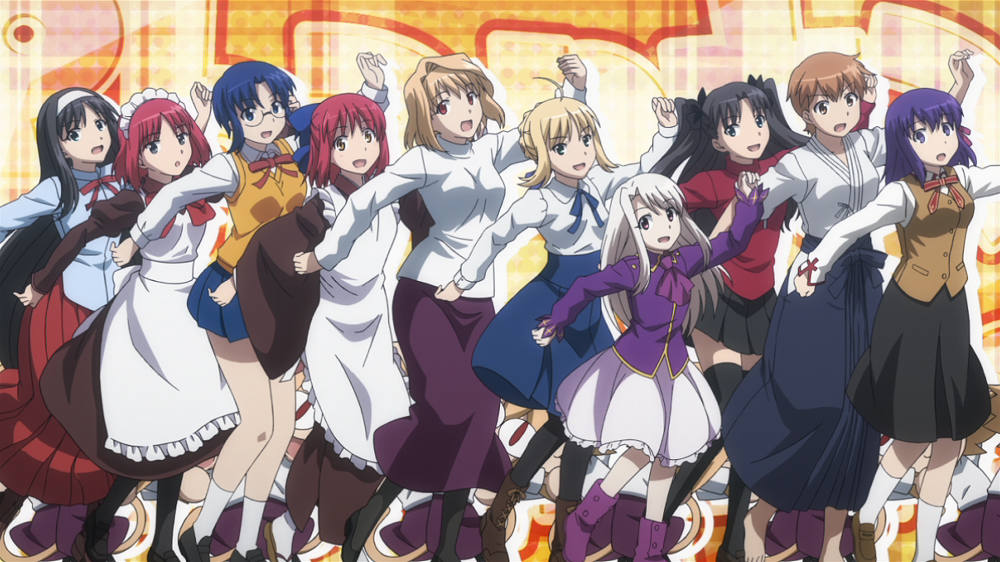 Type-Moon, the gaming company behind the renowned ‘Fate’ visual novel series, happened to have some extra funding. Putting it to good use, the firm decided to create a hilarious gag-filled crossover that meshes almost all of their popular characters. Despite being extremely chaotic due to its huge cast, the anime is strangely addictive. You just get this strange feeling of enjoyment when you see your favorite characters from ‘Fate/Stay‘, ‘Tsukihime’ and ‘Melty Blood’ in situations that are no way related to what they go through in their respective titles. It’s surprising to see how this anime takes characters from three very serious shows and gives the viewers a whole new perspective on their personalities. 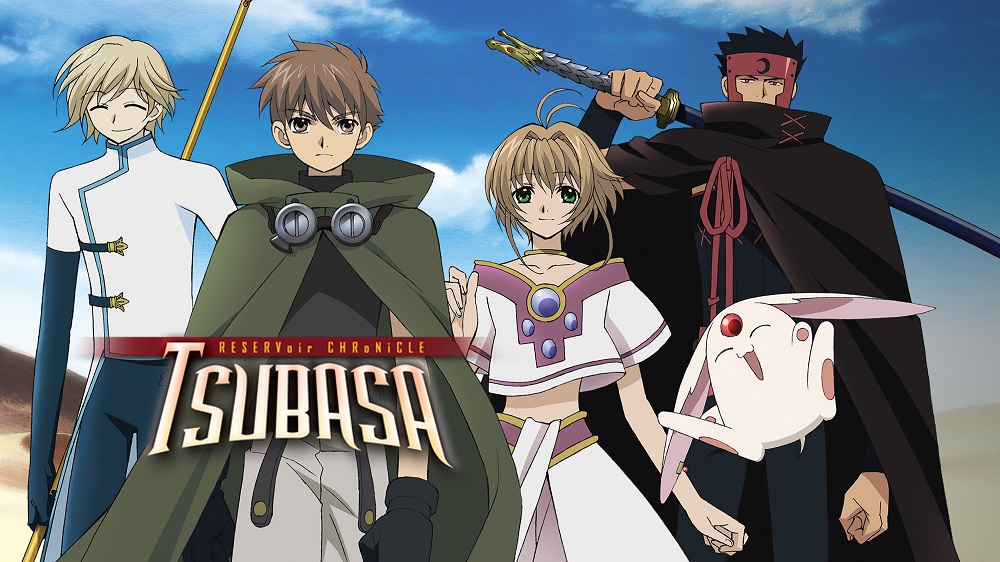 Coming from Clamp Studio, the creator of anime shows like ‘Cardcaptor Sakura‘, ‘Magic Knight Rayearth’ and ‘X/1999’, ‘Tsubasa: Reservoir Chronicle’ is a one of a kind standalone series that brings in characters from all of the studio’s renowned works. The anime successfully manages to take some common elements from each universe to reimagine a refreshing fantasy drama.

The basic premise revolves around Sakura, Princess of the Kingdom of Clow, who loses all of her memories after an incident and must now rely on her childhood friend, Syaoran, to bring them back and somehow save her dying soul. Overall, this anime proved to be quite popular amongst both fans and critics, who praised the storyline which involves all famous characters.

Hiro Hashima, the mangaka of some really popular anime shows, has always been known for creating links between many of his distinctive works. For years, it was hinted that two of his greatest works, ‘Fairy Tail‘ and ‘Rave Master’, are interrelated in many ways. Finally, in 2013, the main protagonists of the two series shared some much-needed screen time in a one-episode OVA. With incredible pacing and casting of characters, ‘Fairy Tail x Rave’ features a grand battle between two of our beloved shounen characters, Natsu and Haru. What makes this OVA even more exciting is the involvement of other amazing characters like Lucy, Elie and Ezra. If you have been a fan of Hiro Hashima’s work, this one-episode crossover is enough to take you on an unforgettable trip down the memory lane. 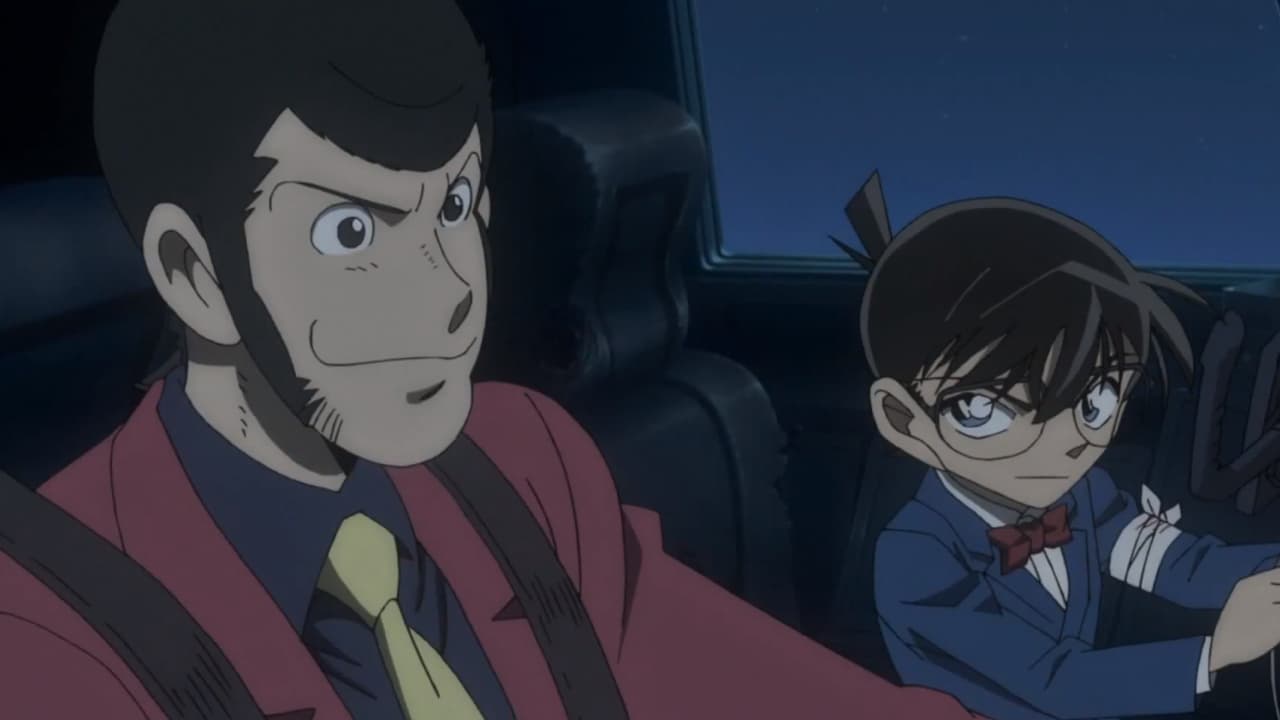 As you would expect from the title itself, ‘Lupin III vs Detective Conan: The Movie‘ is a game of cat and mouse between our beloved thief Lupin III and the cute little genius detective of the anime world, Detective Conan. This anime movie has everything that every fan loves from the two series and even if you haven’t seen one of the two, you’ll still have a great time watching it. The premise is pretty basic and revolves around the idea of Lupin III, the uncatchable thief, being pitted against the great Detective who has the perfect record of solving every single case.

Within the first two days of its release, the film was able to gross over $6 million in just Japan and was clearly an instant hit. Many other anime films that feature Detective Conan have also done really well but this one left all of them behind and was a huge success both critically and commercially. Regardless of whether you’re familiar with the two shows or not, this is one crossover film you don’t want to miss out on. 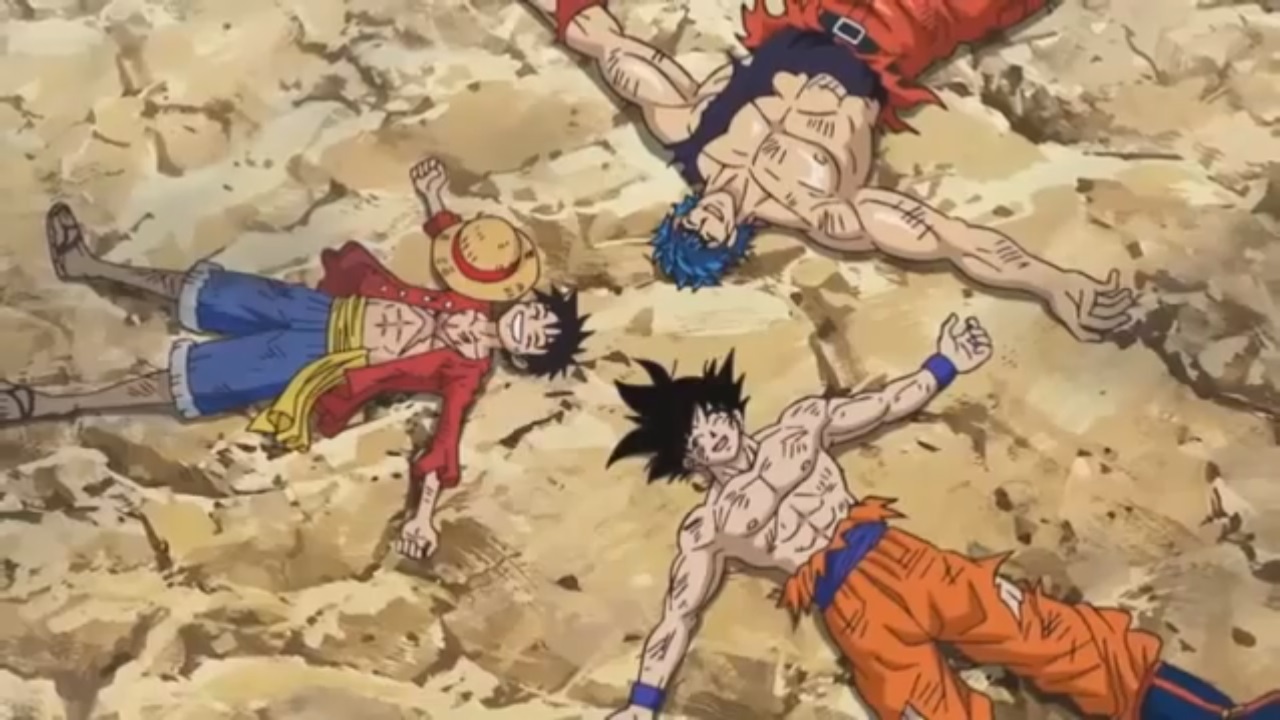 With three of the most powerful characters in anime history, the ‘Dream 9 Toriko & One Piece & Dragon Ball Z Super Collaboration Special’ is literally like a dream come true for every shounen fan. But as overwhelming as this may feel, many fans were actually worried if a crossover of this scale would be able to deliver or not. Surprisingly, this mini-series was able to deliver in every possible aspect and went way above and beyond everyone’s expectations. Instead of taking a simpler approach where Goku, Luffy and Toriko could be working as a team towards a common goal, the anime features these three great characters competing against each other to get their hands on the Carat Sizzled Cattle, an extremely rare piece of meat.

For obvious reasons, shounen fans have a huge appetite for epic fight scenes, especially the ones who are fans of the three characters featured in this crossover. The action choreography and quality in this miniseries very well meet the expectations of all of those battle-hungry shounen lovers. Apart from all of that, the second part of it gets even more interesting when all three of them join forces to battle against one common enemy. What more can you ask from an anime crossover?