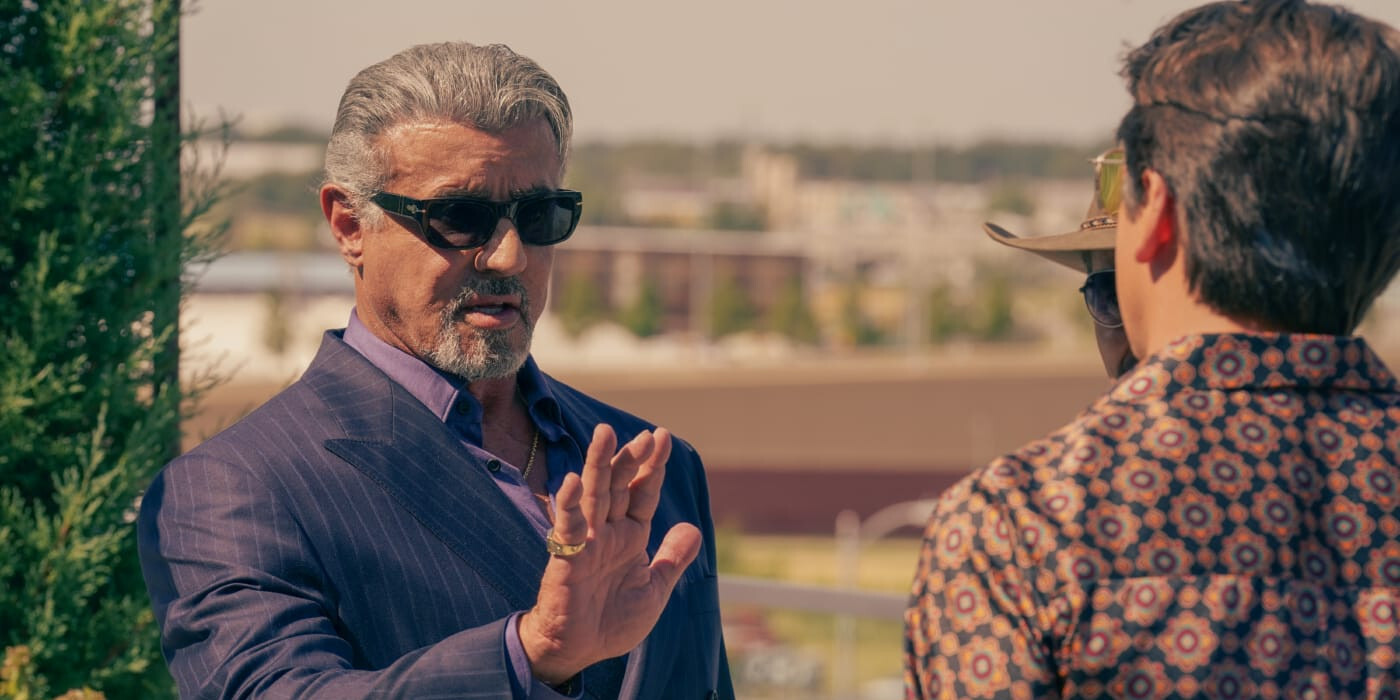 Paramount+’s ‘Tulsa King‘ tells the story of Dwight “The General” Manfredi, a mafia capo establishing a new crew in the titular town. As the narrative progresses, Dwight makes some new friends and powerful enemies. Dwight’s conflict with Caolan Waltrip’s Black Macadam gang comes to a head in the season 1 finale, titled ‘Happy Trails.’ The episode sees Dwight leaving his past behind and embracing life in Tulsa, only to end up back at square one. If you are wondering about the consequences of Dwight’s actions and their aftereffects, here is everything you need to know about the ending of ‘Tulsa King’ episode 9! SPOILERS AHEAD!

The season 1 finale, titled ‘Happy Trails,’ opens with a flashback to an incident years ago with Don Charles “Chickie” Invernizzi, torturing one of the crime family’s debtors at a New York City house. Armand “Manny” Truisi calls Dwight to handle the situation. When Dwight arrives, he tries to save the man, but Chickie accidentally sets the house on fire. Dwight is forced to kill the man and is arrested for the crime, explaining his 25-year prison sentence. 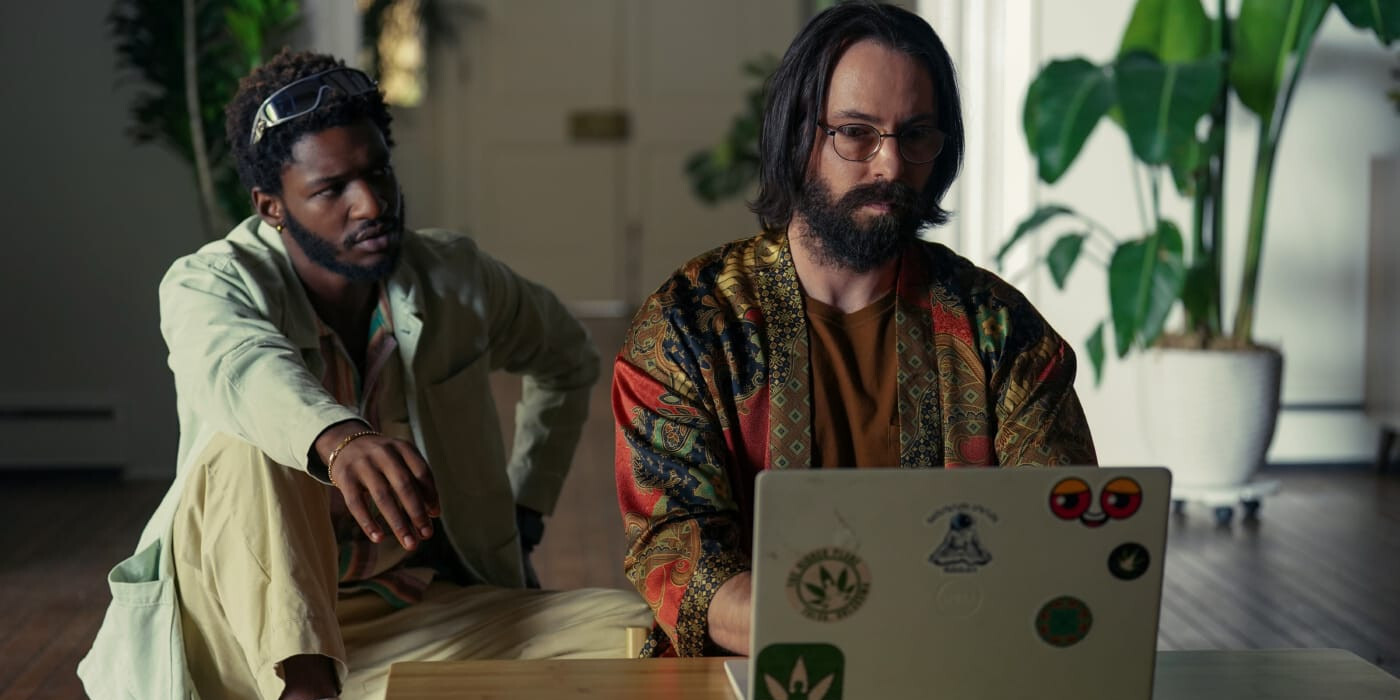 In the present, Dwight is interrogated by the ATF after Stacy Beale is shot during a gunfight. However, Dwight refuses knowledge about Caolan Waltrip’s whereabouts. He is rescued by a layer and leaves the interrogation without having to reveal any secrets. Dwight meets Stacy at the hospital, and she is revealed to be recovering from the gunshot wound. However, Stacy worries that she will be fired from the ATF. Dwight wishes Stacy well before leaving the hospital and returning to his gang.

Meanwhile, Waltrip assembles the remaining members of the Black MacAdam. He rallies the crew for a face-off with Dwight and his gang. When one member insists that they must lay low and rebuild as the ATF is on their trail, Dwight kills him. As a result, Black MacAdam is forced into a gang war due to Waltrip’s ego. Later, Dwight meets Manny and asks the latter if he wants to stay out of the impending war with Black MacAdam. Manny exclaims that fleeing from New York all those years ago made him feel like a coward. Manny no longer wants to be a coward and wishes to stand up for himself. As a result, he promises to join Dwight in the fight against Black MacAdam.

Chickie and his underbosses arrive in Tulsa, Oklahoma, to meet with Dwight. Chickie comes under the guise of ending his feud with Dwight. However, Dwight sees through Chickie’s ruse and refuses to cooperate with the Invernizzi crime family’s head. Dwight insults Chickie and ends his association with the Invernizzi crime family. However, he turns Goodie Carangi to his side before sending Chickie and Nico back to New York City. At Mitch’s restaurant, Dwight introduces the gang to Goodie as an official member of their crew.

Dwight’s gang, including Manny, Mitch, Tyson, Grace, and others, gather at Mitch’s restaurant, where Dwight gives them a chance to turn away from the life of crime. However, he insists that if they cross this line, there will be no turning back for them. The group unanimously supports Dwight, and he delivers a speech to raise their spirits as the gang awaits their fight with Black MacAdam.

Later, Dwight meets Bodhi and tells him about Waltrip’s fortune accumulated in a bank account. He instructs Bodhi to hack Waltrip’s computer and steal the money away. The task becomes complicated as Waltrip’s computer is in ATF’s custody. Nonetheless, Bodhi navigates the hurdle and wipes out millions of dollars from Waltrip’s bank account. Dwight asks Tyson to back out of the fight, but he refuses. After learning that Dwight wiped out his bank account, Waltrip is enraged and opens fire on Mitch’s restaurant.

In the episode’s finale act, the conflict between Dwight and Waltrip reaches its peak after Dwight steals all of Waltrip’s money. The Black MacAdam biker gang arrives at Mitch’s restaurant to get revenge and end their feud once and for all. The biker gang opens fire on the restaurant and attempts to kill everyone inside. On the other hand, Dwight and his gang are prepared to fight back. The group retaliates with their guns, leading to a gunfight between both parties. 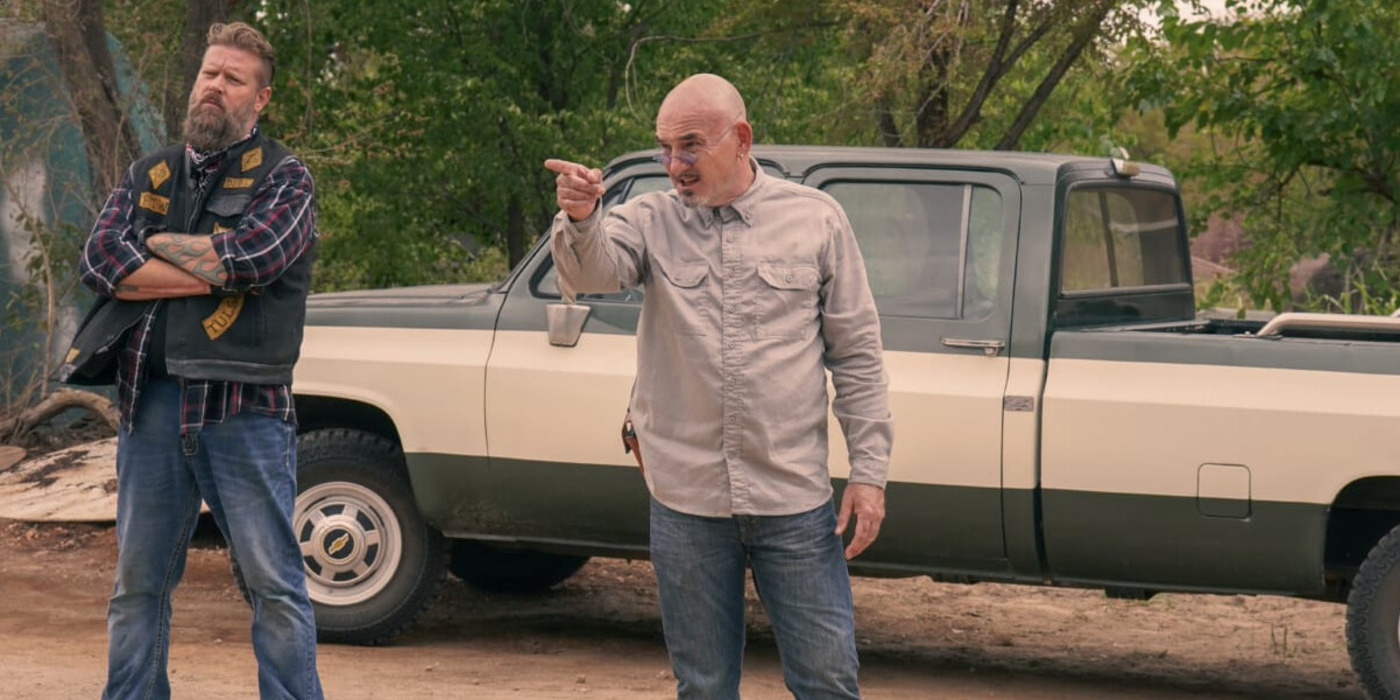 The conflict between Dwight and Waltrip starts after the former sells drugs in what is perceived as Waltrip’s area of business. Despite starting on the wrong foot, Waltrip tries to extend an olive branch and wants to come to a mutual understanding. However, Dwight refuses and ends up killing Carson Pike, Waltrip’s right-hand man. Moreover, the ATF goes after Black MacAdam following the incident leading to Waltrip holding a grudge against Dwight. Ultimately, Dwight must defeat Waltrip to assert his dominance and prove that he is the undisputed mafia boss of Tulsa. Thus, the gunfight ends with Dwight cornering Waltrip and shooting him dead.

Why Is Dwight Arrested?

After Dwight and his gang defeat Waltrip and Black MacAdam, the story jumps three months forward in time. We see Dwight spending time with his daughter, Tina, and grandchildren, who arrive in Tulsa to visit him. Dwight takes them to the Fennario Ranch, where Spencer teaches the boys horse riding. Later, he meets Margaret and invites her to the opening of his new restaurant/casino following the renovation of Mitch’s restaurant. However, Margaret does not promise to show up as she has other plans. 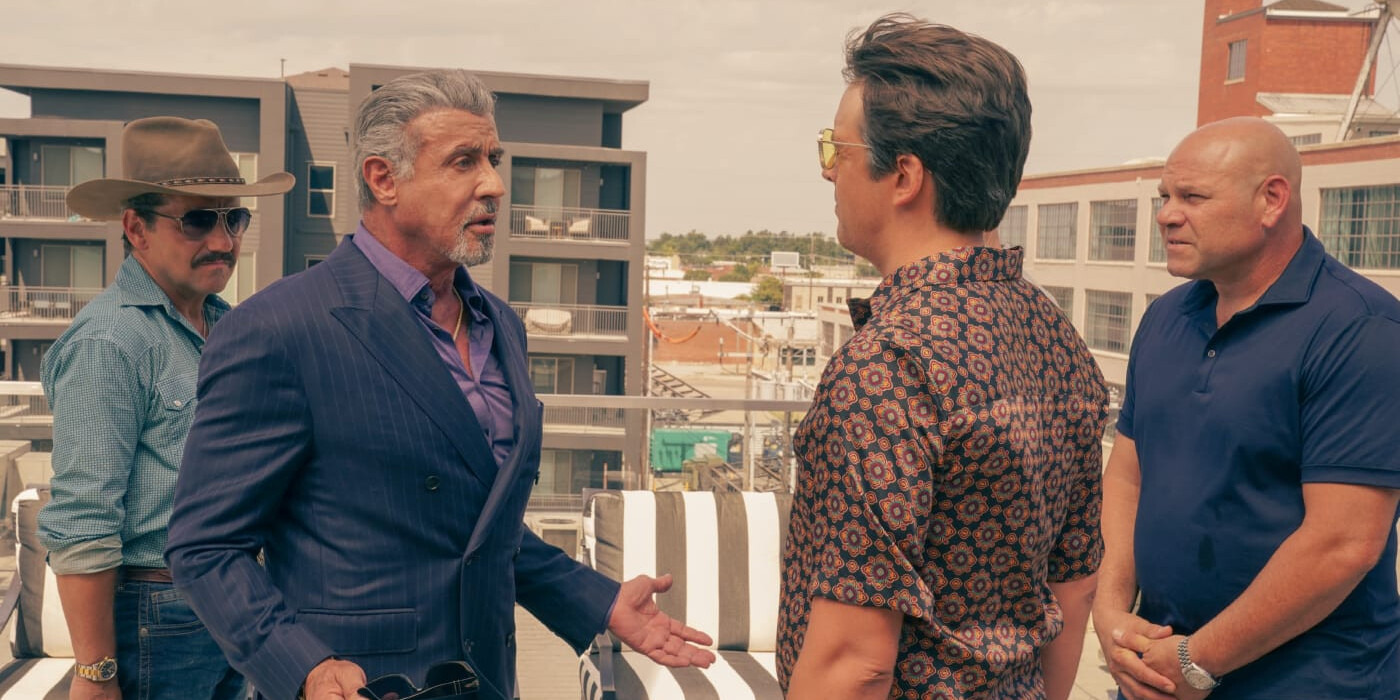 At the opening party, Dwight and Tina enjoy a father-daughter dance while Mitch dedicates a song to Dwight. However, the festivities are cut short when a mystery woman calls Dwight outside the restaurant. Dwight sees Stacy waiting for him but is surprised to find the ATF arriving to arrest him. The final moments depict the ATF arresting Dwight for bribing an ATF officer and driving him away while a shocked Tina is forced to relive her childhood all over again.

The episode’s ending confirms that Stacy finally stops protecting Dwight. She almost loses her job because of her association with Dwight. However, when given a chance to make a fresh start, she must also accept one of ATF’s conditions. That condition turns out to be framing Dwight for bribing her, leading to the mafia boss’ arrest. Ultimately, things work out in Stacy’s favor as Dwight deals with Waltrip for her, and she arrests Dwight before he can expand his criminal empire in Tulsa. Therefore, it is likely that this was Stacy’s plan all along. Meanwhile, Dwight faces the possibility of another prison sentence and must rely on his friends outside to save him.