We Own This City: Where Are They Now? 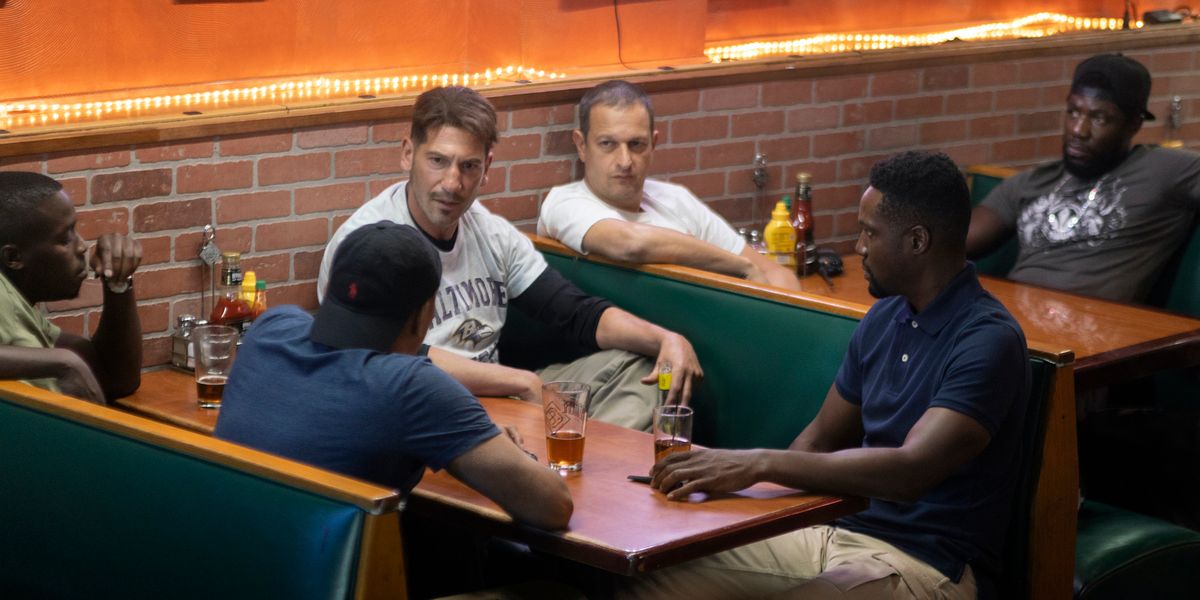 ‘We Own This City‘ is a police procedural drama that follows the shocking corruption scandal within the Baltimore Police Department. The series is based on Justin Fenton’s 2021 nonfiction book of the same name and developed for television by George Pelecanos and David Simon (‘The Wire‘). It highlights the misconduct and unconstitutional policing of the Gun Trace Task Force (GTTF). The six-part series concludes with the conviction and sentencing of several GTTF officers. If you are looking for an update about those involved in the GTTF corruption case, here is everything you need to know!

FBI Special Agent Erika Jensen made a name for herself, working on several drug cases. The New York native had been part of the bureau since the early 2000s and began investigating the Gun Trace Task Force officers in 2015. Meanwhile, John Sieracki had worked as an officer for the Baltimore Police Department for several years. After a brief stint in the Internal Affairs division, he joined an FBI task force that unraveled the GTTF scandal.

Together, Jensen and Sieracki served as the primary investigators of the GTTF case. In 2018, the duo received the Attorney General’s Award for Distinguished Service for their investigation. However, since then, the duo has remained outside the public eye. Presently, Sieracki reportedly works as a Special Agent for the Office of the Maryland State Prosecutor and resides in Towson, Maryland. On the other hand, Jensen’s whereabouts remain unknown, but she likely continues to work as an FBI Special Agent.

Evodio Calles Hendrix, a native of Cleveland, Ohio, was a part of the Gun Trace Task Force. He worked for the Baltimore Police Department as a detective for several years before being assigned to the elite task force. On March 1, 2017, Hendrix was summoned by Internal Affairs and arrested by the FBI. He was charged with racketeering conspiracy and racketeering aiding and abetting. Hendrix cooperated with the investigation after pleading guilty to charges against him. He was sentenced to 7 years in prison. However, Hendrix was released early and was a free man by February 2022.

Marcus Roosevelt Taylor was one of the youngest and least experienced cops on the Gun Trace Task Force when the unit became the subject of a federal investigation. Taylor had joined the BPD in 2009 and later became a part of the GTTF. Taylor was arrested in March 2017 and charged with two counts of racketeering conspiracy and racketeering aiding and abetting.

Other charges against Taylor include racketeering, robbery, and possession of a firearm in furtherance of a crime of violence aiding and abetting. Taylor was found guilty of the former charges. On June 7, 2018, he was sentenced to 18 years in prison. Despite Taylor’s appeal, his original conviction was upheld Fourth Circuit Court of Appeals in 2019. Taylor is serving his sentence at FCI Forrest City Low and is expected to be released in 2032.

Hailing from Middle River in Baltimore County, Maurice Ward is one of the disgraced Gun Trace Task Force Cops arrested in 2017. Ward had joined the Special Enforcement Section (SES) team in 2015. He was involved in several robberies with his GTTF colleagues. Ward was charged with racketeering conspiracy and racketeering aiding and abetting.

Ward pleaded guilty and extensively cooperated with the federal investigation. As a result, he and Evodio Hendrix received the shortest sentences among the arrested GTTF officers. On June 8, 2018, he was sentenced to 7 years in prison. On February 16, 2022, Ward was released early from prison, having served five of his 7-year sentence.

Daniel Hersl is a former BPD officer who had gained a reputation for being an aggressive cop. Hersl was a part of the GTTF and one of the eighth members of the squad arrested in March 2017. Hersl was charged with two counts of racketeering conspiracy along with other crimes. He and Marcus Taylor were the only GTTF officers who did not plead guilty and went to trial in court.

On February 12, 2018, Hersl was found guilty of two counts of racketeering conspiracy, racketeering aiding and abetting, racketeering, and robbery. He was sentenced to 18 years in prison. Hersl is serving his sentence at the United States Medical Center for Federal Prisoners in Springfield, Missouri. He is expected to be released in 2032.

Jemell Lamar Rayam, a former member of the GTTF, was arrested in 2017. Rayam joined the BPD in 2005 and was later assigned to the GTTF. He admitted having indulged in robberies since 2009. Rayam was charged with racketeering conspiracy, racketeering aiding and abetting on February 23, 2017. He pleaded guilty to the racketeering conspiracy charge and cooperated with the investigators. However, given the severity of his crimes, Rayam was sentenced to 12 years in prison. Presently, Rayam is serving his sentence at the Federal Medical Center in Rochester, Minnesota. He is expected to be released in 2027.

Momodu Bondeva Kenton Gondo joined the BPD in 2005. In 2015, he was a member of the GTTF when the FBI wiretapped his calls leading to the discovery of his association with drug dealers and paving the way for the investigation of the other GTTF officers. Gondo was charged with racketeering conspiracy and racketeering aiding and abetting on February 23, 2017. He also faced charges related to drug distribution.

Gondo pleaded guilty to one count of racketeering conspiracy and one count of conspiracy to distribute and possess with intent to distribute a mixture or substance containing heroin. He received a 10-year prison sentence followed by four years of supervised release. Gondo is currently held at the FCI Butner Low in Bunter, North Carolina, and is slated for release in 2025.

Wayne Jenkins is a former BPD Sergeant who served as the leader of the Gun Trace Task Force. Jenkins was a decorated cop and had a reputation for his role in several high-profile drug busts. However, he was also sued for misconduct before his arrest in 2017. Jenkins was charged with two counts of racketeering conspiracy, racketeering aiding, and abetting.

He was also charged with two counts of robbery, aiding and abetting, and two counts of possession of a firearm in furtherance of a crime of violence. Other charges against Jenkins include deprivation of rights under the law of color, destruction, and alteration or falsification of documents. He was sentenced to 25 years in prison. Jenkins is reportedly serving his sentence in a Kentucky prison and isn’t expected to be released before 2038.

Read More: Where Is We Own This City’s James Kostoplis Now?