Where Was GAC Family’s Joy for Christmas Filmed? Who is in the Cast? 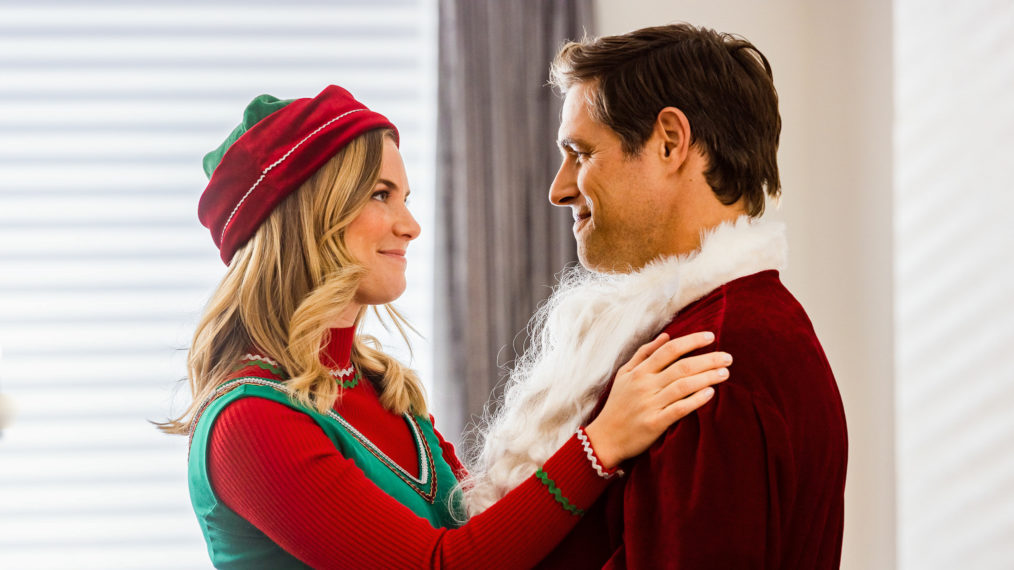 With its 12 Movies of Christmas series, GAC Family brings viewers the best Christmas-themed movies each year to enjoy the holidays. A sweet and touching tale about the importance of giving and the true meaning of Christmas, ‘Joy for Christmas’ is one such GAC movie directed by Pat Williams. It revolves around Holly, who must convince renowned pro athlete Jack Kane to be the face of her family firm’s annual Christmas toy drive in order to save the event from getting canceled.

Jack eventually agrees and starts taking part in the activities Holly has planned for the campaign. As Jack and Holly start spending time together to fulfill the dreams of those in need, they reconnect with festive traditions and get blessed with the gift of love. Set against the backdrop of Christmas decorations in a small town, ‘Joy for Christmas’ fills the audience’s hearts with warmth and joy indeed. If you are wondering about the serene locations where this movie was filmed, we’ve got you covered. Let’s dive in!

‘Joy for Christmas’ was filmed entirely in parts of the province of British Columbia, specifically Vancouver. Principle photography was most likely carried out in October 2021. British Columbia is chosen as a filming spot for several major productions, given the generous tax concessions the province offers on filming. The region’s vast geography includes coastal islands, mountains, and lush forested areas that can be used as backdrops for all kinds of movies and TV genres.

British Columbia is also highly popular for filming purposes due to its high-tech production setups and a large network of trained crew and artists. Some of the most known filming sites in the province are Vancouver, Surrey, Richmond, Kamloops, Kelowna, and Abbotsford. In the past, movies like the ‘Percy Jackson‘ series, ‘Juno,’ and ‘The Hurt Locker,’ and also the TV shows ‘Riverdale‘ and ‘Once Upon a Time‘ were filmed in British Columbia. Here are more details about the exact filming locations of ‘Joy for Christmas.’

Popularly referred to as Hollywood North, the lively city of Vancouver in British Columbia served as the primary filming location for ‘Joy for Christmas.’ The city has a perennial cloud cover that creates the perfect lighting conditions for filming. Along with being home to established state-of-the-art filming studios, many talented actors and film crew are based out of Vancouver; thus, making it a hotspot for movie and television production.

The scenery of the city has a variety of options for filmmakers, with a metropolitan cityscape, snow-clad mountains, and also a bustling seaport. Vancouver is also a prominent center for music, theatre, and art and has several art galleries. The University of British Columbia, Britannia Mine Museum, VanDusen Botanical Gardens, and Robson Square are the most famous filming spots in the city. A lot of Christmas movies such as ‘A Dickens of a Holiday,’ ‘Christmas in Tahoe,’ and ‘An Unexpected Christmas‘ were also filmed in Vancouver.

Cindy Busby plays Holly Silver, a publicist for her family firm who is tasked with getting a pro athlete on board for the annual Christmas toy drive. Busby is known for her roles in the movies A Godwink Christmas: Meant for Love,’ ‘Marrying Mr. Darcy,’ and ‘Romance in the Air.’ Sam Page stars opposite Busby as Jack Kane, the renowned athlete who agrees to be a part of Holly’s campaign. Page has also done notable work in the TV series ‘The Bold Type‘ and ‘Desperate Housewives,’ as well as the movie ‘Christmas in Rome.’