Where Was GAF’s Christmas in Pine Valley Filmed? Who is in the Cast? 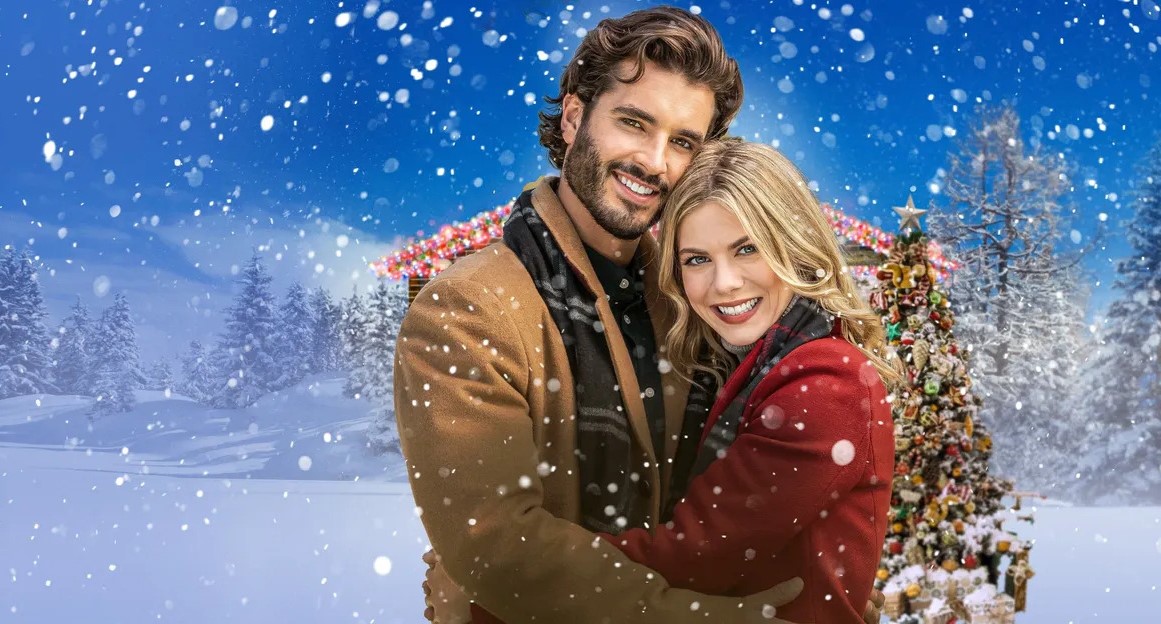 Directed by Damián Romay, GAF’s ‘Christmas in Pine Valley’ is a romantic comedy movie that revolves around Natalie Cameron and her successful soap company, which attracts the attention of a major magazine. Having thought of it as a family-run business, a reporter named Josh arrives at her farm on behalf of the magazine to know more about her company. However, he is unaware that it is run by Natalie and some longtime family friends — Mary, Carlos, and Lisa.

Natalie knows how much Josh’s article in the magazine can impact the struggling farm, so she puts on a show to make him believe that her “family” and the Christmas traditions are very much real. When one of Lisa’s friends, Dave, arrives without prior notice, Natalie saves the situation by introducing him to Josh as her fiancé. Things start getting more complicated when she and the reporter fall in love. While the exciting narrative keeps the viewers hooked, the Christmas setting against the farm’s backdrop makes you wonder where ‘Christmas in Pine Valley’ was shot. In that case, we have got you covered!

‘Christmas in Pine Valley’ was filmed entirely in Georgia, particularly in Savannah and Dublin. The principal photography for the Christmas movie commenced in March 2021 and wrapped up in April of the same year in a couple of weeks. Let us take you through all the specific sites that appear in the GAF movie without further ado!

Most of ‘Christmas in Pine Valley’ was lensed in Savannah, the oldest city in Georgia and the county seat of Chatham County. The filming unit supposedly set up camp at various sites across the city to shoot scenes against suitable backdrops. Located on the Savannah River, Savannah is frequented by millions of tourists, thanks to its historic buildings, parks, and cobblestone streets.

Some of the notable tourist attractions in the city are the Savannah International Trade & Convention Center, the Savannah Civic Center, and Jones Street. Moreover, the city’s locales have been featured in numerous movies and TV shows. A few popular ones include ‘Forrest Gump,’ ‘The Menu,’ ‘Now and Then,’ and ‘The Act.’

Additional portions for ‘Christmas in Pine Valley’ were seemingly taped in Dublin, a city in Laurens County. Situated in the northcentral region of the county and west of Savannah, it comprises two historic districts — the Dublin Commercial Historic District and the Stubbs Park–Stonewall Street Historic District. Dublin is home to Theatre Dublin, the Dublin Carnegie Library, and several prestigious universities and colleges, including Georgia Military College, Oconee Fall Line Technical College, and Middle Georgia State University.

Kristina Cole portrays Natalie Cameron in the GAF movie. You might find Cole familiar as she has appeared in several other movies like ‘Romantic Rewrite,’ ‘The Wedding Arrangement,’ and ‘Billions.’ On the other hand, Andrew Biernat essays the role of Josh. The actor is known for his roles in ‘Aileen Wuornos: American Boogeywoman‘ and ‘Minx.’

Read More: Where was GAF’s A Merry Christmas Wish Filmed? Who is in the Cast?