Where Was Hallmark’s Romance to the Rescue Filmed? Who is in the Cast? 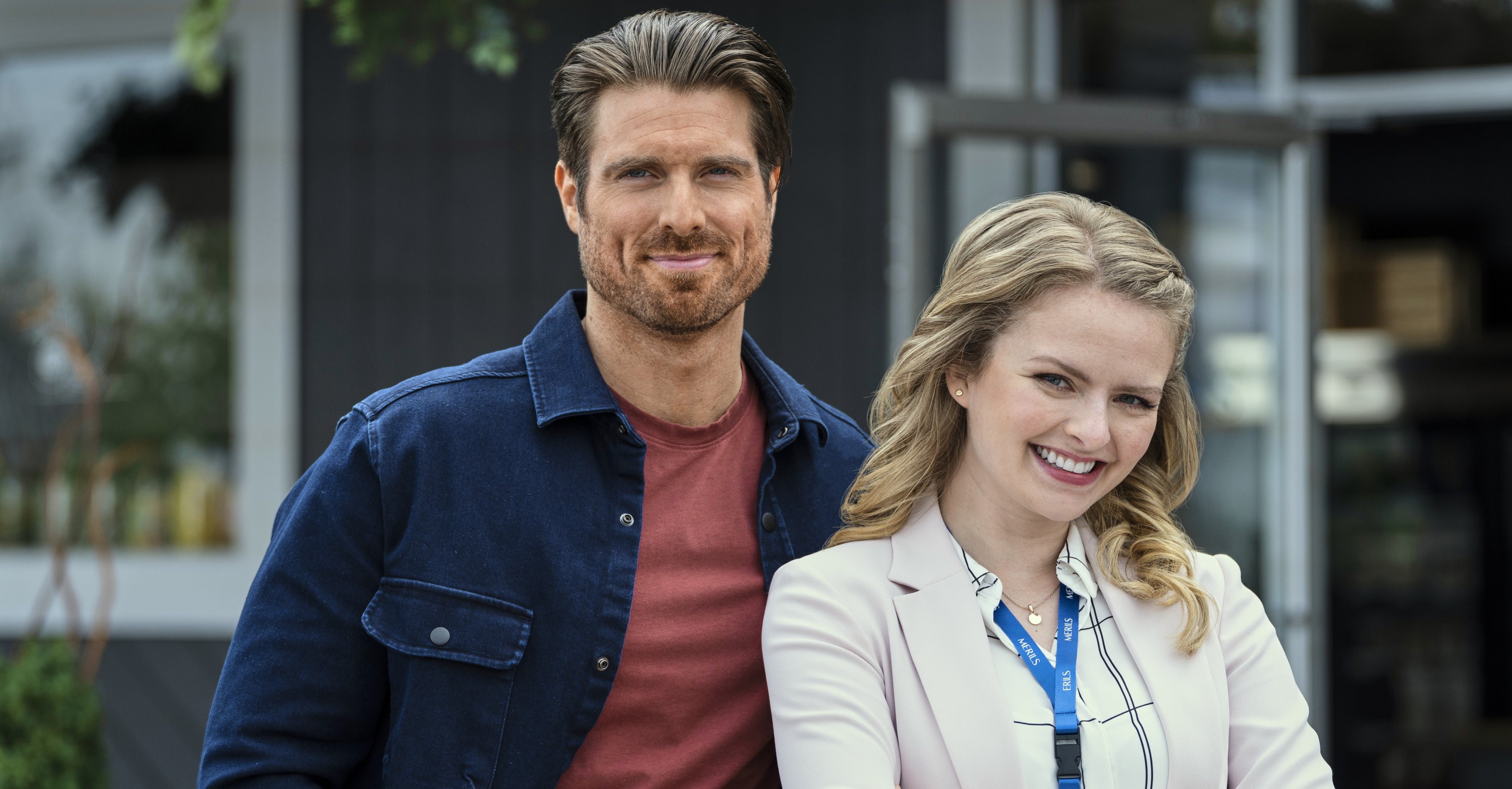 Directed by Heather Hawthorn-Doyle, Hallmark’s ‘Romance to the Rescue’ is a romantic movie about a girl named Kyra who works in a grocery store. After meeting her new manager, Trevor, Kyra decides to woo him by telling him that she has an agility-trained dog. The problem is that there is no dog, and Trevor cannot wait to meet said dog. To save herself from embarrassment, Kyra adopts a dog named Sam from the local shelter. Unable to train Sam, she convinces the shelter’s head, Kevin, to train the dog for competitions.

While training Sam, Kyra and Kevin grow closer, but Kyra’s motives behind the whole situation make things complicated. Whether for the canine-friendly storyline or the compelling performances by the actors, the Hallmark movie is one you should not miss. The film’s calming and pleasing backdrops add to its charm. Given such beautiful settings, it is natural for many to wonder where the film was lensed. If you are in the same boat, we have all the answers you need!

Romance to the Rescue Filming Locations

Formerly titled ‘Sit, Stay, Love!,’ ‘Romance to the Rescue’ was primarily filmed in Langley, British Columbia. The principal photography for the movie started on April 19, 2021, and was wrapped up in May 2021. Let’s get to know more about the filming location in detail.

Located in the Canadian province of British Columbia, the city of Langley served as the filming location for ‘Romance to the Rescue.’ The city has more than 17 public parks, and several of them allow dog-owners to enjoy time with their canine buddies, like the Uplands Dog Off-Leash Park, 4441 206 Street. The Allstars K9 Training, which provided their dog-training expertise for the film, is also based close to the city.

The show’s cast and the crew had a memorable time while filming the Hallmark movie. Director Heather Hawthorn-Doyle expressed her happiness through an Instagram post, wherein she praised the actors. “The BEST acting team in the biz! This has been a huge pleasure,” she wrote in the caption. Actor Marcus Rosner, who plays Kevin in the movie, shared another heart-touching post wherein he heaped compliments on his co-stars and the movie’s director and expressed his pleasure in being part of the film.

As a part of the Metro Vancouver Regional District, Langley has hosted several productions within its borders. The city has a rich and long history that, combined with its natural beauty and calming atmosphere, makes it a popular location amongst filmmakers to lens their productions. Some of the projects shot in Langley are ‘Always Amore‘ and ‘When Calls the Heart.’

Romance to the Rescue Cast

Actress Andrea Brooks essays the role of Kyra in ‘Romance to the Rescue.’ She is a well-known face in Hallmark movies and is known for ‘The Wedding Fix’ and ‘Fishing for Love.’ Joining Andrea as Kyra’s love interest, Kevin, is Marcus Rosner. You may know him from his performances in ‘Killer in the Guest House‘ and ‘Christmas With a Crown.’ Acting as Trevor is none other than Nathan Witte, who you may have seen in ‘Greed: A Seven Deadly Sins Story‘ or ‘My Best Friend’s Bouquet.’

Benjamin Charles Watson acts as Kyra’s co-worker and friend, Mark. Other notable actors, who appear in the film, include Melanie Rees (Diane), Ashley Ross (Lara), and Sarah Surh (Vet). Apart from them, many more performers grace the movie with their presence. Dog-lovers will be delighted to know that a female canine named Nova portrays the role of the “perfect mix of canine and cupid” — Sam.