Where Was Hallmark’s The Royal Nanny Filmed? Who is in the Cast? 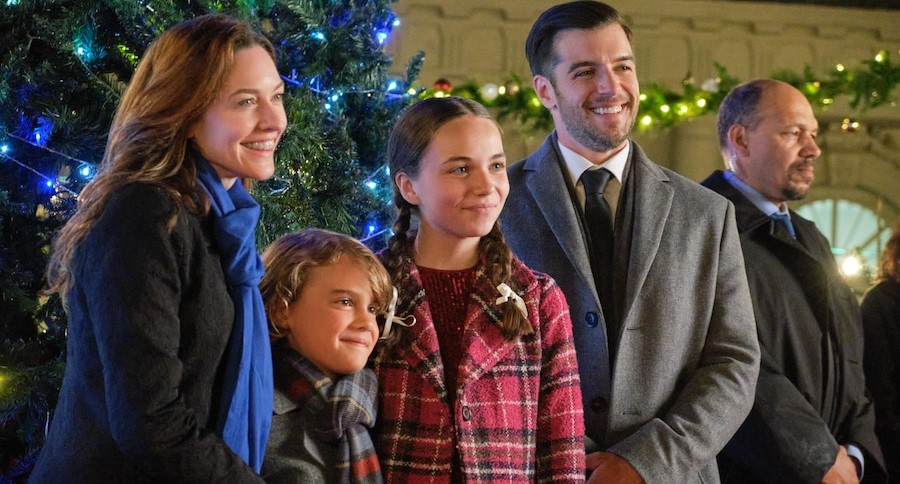 Directed by Jonathan Wright, Hallmark’s ‘The Royal Nanny’ is a romantic comedy movie that follows MI5 agent Claire. She is assigned the task of protecting and keeping the royal family safe from all the threats surrounding them during the holiday season but must do so by working undercover as a nanny for the family. However, the assignment is not a walk in the park, as Claire has to face several challenges, such as staying focused on her mission and not giving in to Prince Colin’s charms.

The Christmas movie includes several unconventional subjects, such as an undercover spy, which adds a bit more character to the narrative and keeps the viewers hooked on it till the end. Moreover, the grand and beautiful Christmastime decorations against the backdrop of some equally aesthetic locations enhance the movie’s quality. Naturally, it makes one wonder where ‘The Royal Nanny’ was shot. If the same question is in your mind, allow us to fill you in on all the details!

‘The Royal Nanny’ was filmed entirely in Belgium, particularly in Brussels. As per reports, the principal photography for the Christmas movie commenced in late August 2022 and wrapped up within a month, in September of the same year. Situated in Northwestern Europe, Belgium is the sixth-most densely populated country in the continent and one of the six founding countries of the European Union.

As evident in the movie, Belgium is a developed country with high living standards, education, quality of life, and healthcare. So, let’s not waste any time and traverse all the specific sites that can be spotted in the Hallmark movie!

All the pivotal sequences for ‘The Royal Nanny’ were lensed in and around Brussels, a Belgian region comprising 19 municipalities, including the City of Brussels. From the looks of it, the cast and crew set up camp at various sites across the region to tape different scenes against suitable interior and exterior backdrops. This included a historic castle an hour away from the City of Brussels.

Situated in central Belgium, Brussels is known to be the most densely populated region in the country. As far as architecture is concerned, it is very diverse, with a few medieval and neoclassical architectures still preserved. In addition, Brussels is home to several modern buildings, including the World Trade Center of Brussels, the Northern Quarter, Madou Tower, Rogier Tower, and Proximus Towers, some of which you might spot in the movie.

Besides the architecture, Brussels has over 8,000 hectares of green spaces, making it one of the greenest capitals in Europe. Some of the popular parks and gardens of the region are Brussels Park, Forest Park, the Botanical Garden of Brussels, and the Royal Greenhouses of Laeken. The region has served as a pivotal production location for many movies and TV shows. Some notable ones are ‘Blue Is the Warmest Colour,’ ‘The Danish Girl,’ ‘The Loft,’ ‘The Missing,’ and ‘The French Mans.’

Rachel Skarsten plays Claire, the MI5 agent in the Hallmark movie. The actress is known for her roles in ‘Reign,’ ‘Batwoman,’ ‘Fifty Shades of Grey,’ ‘Imposters,’ and ‘Acquainted.’ On the other hand, Dan Jeannotte portrays Prince Colin in the holiday rom-com. You might recognize Jeannotte from his work in ‘Reign,’ ‘Good Witch,’ ‘The Bold Type,’ ‘Designated Survivor,’ ‘Fargo,’ and ‘Dark Matter.’