Where Was Lifetime’s Sweet Navidad Filmed? Who is in the Cast? 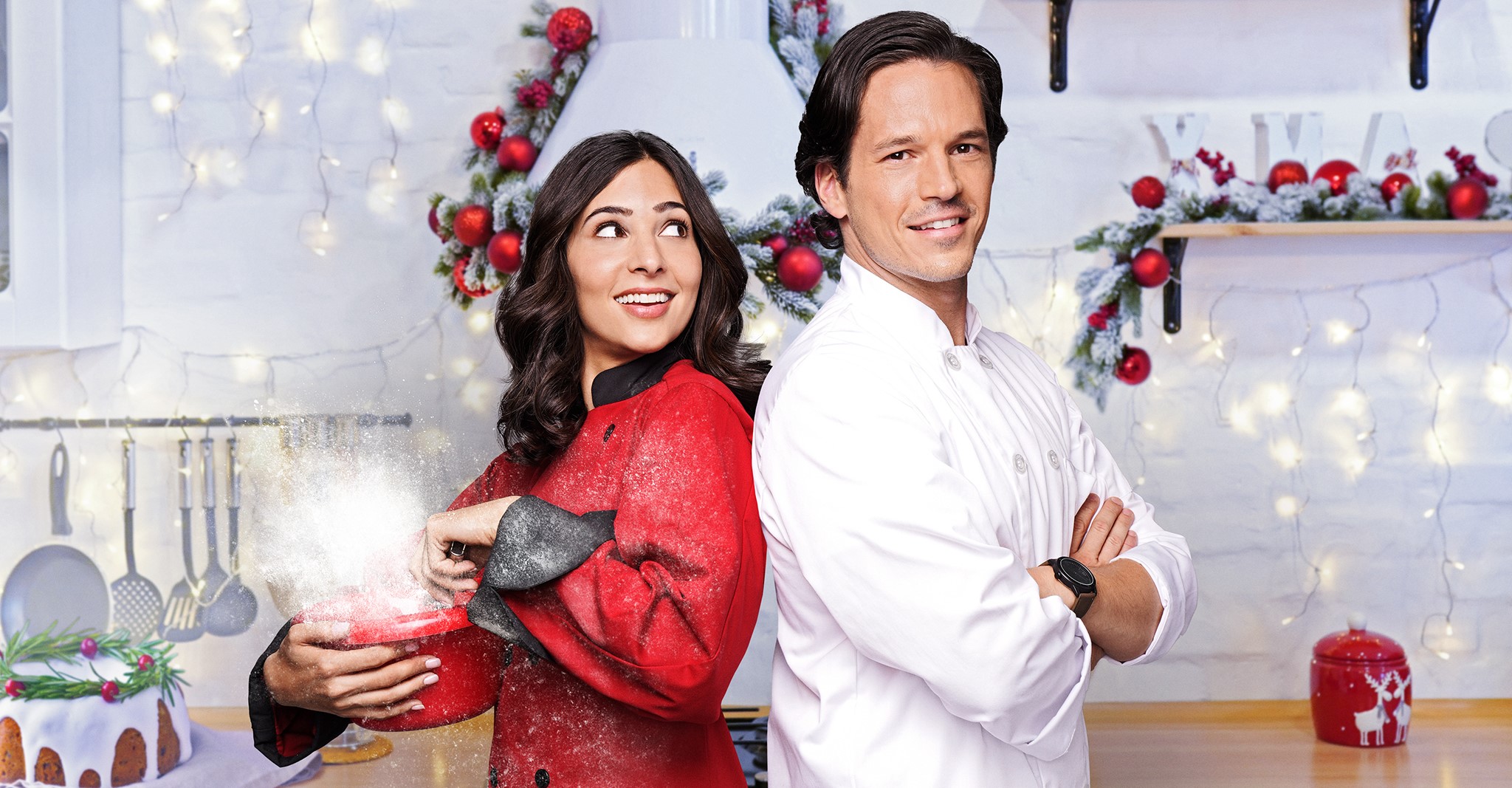 Directed by Brittany Underwood, Lifetime’s ‘Sweet Navidad’ is a romantic comedy movie (part of Lifetime’s ‘It’s a Wonderful Lifetime’ lineup). It follows a pastry chef named Carmen Tirado, who dreams of opening her bakery one day. Although lacking any culinary school background, her talent is undeniable and is soon discovered by the hotel owner Victor Flores. After his insistence, Carmen applies for the pastry chef position for the upcoming holiday gala at his hotel. Upon getting accepted, she finds out that she has to work with another chef named Jax to create the perfect holiday menu for the guests.

While Carmen depends on her homegrown skills and bakes from the heart, Jax focuses on the proper techniques and is a perfectionist. Along with the rising tension between them, sparks fly despite their differences as they prepare the holiday menu. The Christmas movie involves the theme of a blooming romance and food, making it an intriguing and mouth-watering watch. Moreover, the exciting use of locations throughout the movie makes one wonder where ‘Sweet Navidad’ was shot. If you are one such curious soul, we have got you covered!

‘Sweet Navidad’ was filmed entirely in California, specifically in Los Angeles. The principal photography for the Lifetime movie commenced in April 2021 and seemingly wrapped up within the same month. Located in the Western United States, California is known for its vast and diverse landscape, which works in favor of filmmakers and makes for a suitable production location for different kinds of filming projects, including ‘Sweet Navidad.’ Now, without further ado, let’s follow Carmen and Jax as they work together and get a detailed account of all the sites that appear in the romantic movie!

All the pivotal sequences for ‘Sweet Navidad’ were lensed in and around Los Angeles, the largest city in California and the second most populous city in the United States. From the looks of it, the production team seemingly set up camp at various sites around the city to tape different scenes against suitable backdrops. Moreover, it is possible that they utilized the facilities of one of the film studios in Los Angeles to shoot some key scenes.

Situated in Southern California, Los Angeles is known for its gorgeous beaches, posh neighborhoods, ethnic and cultural diversity, ties to Hollywood, and sprawling downtown. Millions of tourists visit the city each year, thanks to all the iconic and famous landmarks that Los Angeles houses, including the Los Angeles Memorial Coliseum, the Venice Canal Historic District, the Hollywood Sign, the Los Angeles County Museum of Art, and the Cathedral of Our Lady of the Angels.

Given its ties to the Hollywood industry, apart from tourists, several filmmakers also frequent Los Angeles. Over the years, the City of Angels has served as a prominent production location for different movies and TV shows. Some popular ones are ‘Weird: The Al Yankovic Story,’ ‘Bullet Train,’ ‘Top Gun: Maverick,’ ‘The Office,’ and ‘House of the Dragon.’

Camila Banus portrays Carmen Tirado in the Lifetime movie. Banus might seem like a familiar face to you because she has worked on other projects like ‘Speak Now,’ ‘Counterpunch,’ ‘Dexter,’ ‘Days of Our Lives,’ ‘Star,’ ‘A Bride’s Nightmare,’ and ‘Killer Caregiver.’ On the other hand, Mark Hapka essays the role of Jax. The actor is known for his roles in ‘Parallels,’ ‘Days of Our Lives,’ ‘Beyond the Mat,’ ‘Real Fiction,’ and ‘Deadly Revenge.’

Read More: Is Lifetime’s Sweet Navidad Based on a True Story?