Where Was Netflix’s That’s Amor Filmed? 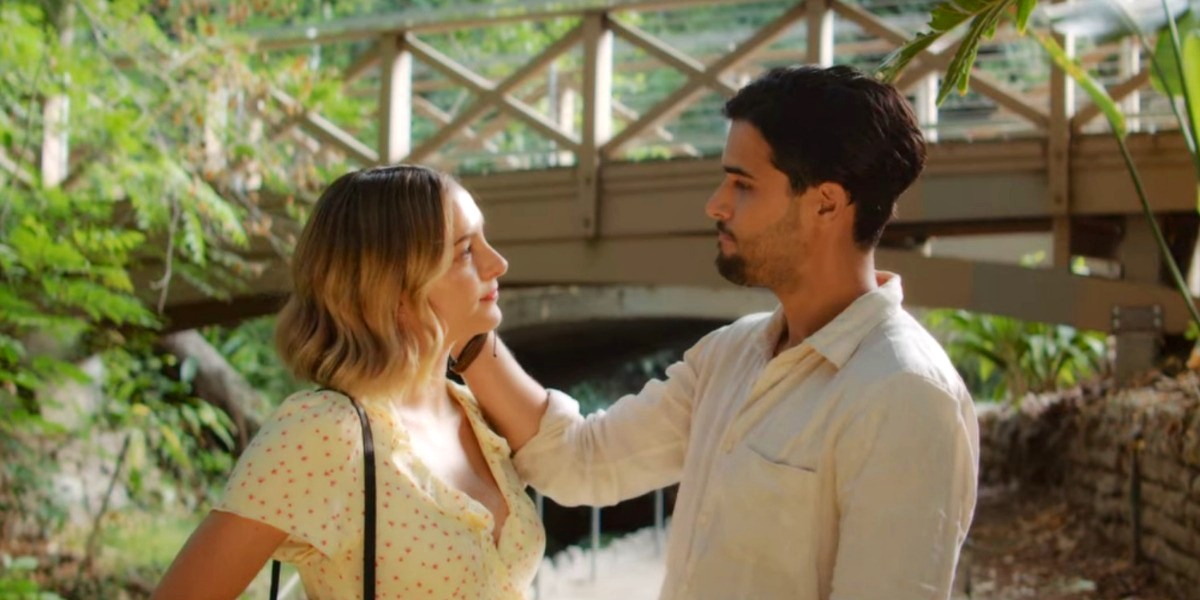 Netflix’s ‘That’s Amor’ is a romantic comedy movie directed by Shaun Paul Piccinino (‘A California Christmas‘) that follows Sofia, a graphic designer who loses her job and breaks up with her boyfriend. She moves in with her mother and attempts to rebuild her life while kindling a romance with Matias, a Spanish chef with a profound outlook on food and life.

The Netflix movie takes viewers across some stunning and serene locations that set the mood for the romantic tale of Sofia and Matias to unfold. Naturally, viewers must be intrigued to know about its filming sites. If you are one such curious soul, here is everything we can tell you about the same!

‘That’s Amore’ was filmed entirely in California, specifically in the Los Angeles and Sonoma counties. Principal photography likely commenced sometime in May 2021 and wrapped up early June of the same year. The story opens in San Francisco and later moves to a small California town. However, San Francisco appears only in establishing shots, and most of the movie was recorded extensively in Los Angeles County. Now, here is a detailed look at the exact filming spots!

Most of the scenes of ‘That’s Amor’ were taped in and around Los Angeles. The cast and crew shot some sequences in the Studio City neighborhood; the scenes depicting Sofia and Matais’ first date were shot in a coffee shop at 4342 Tujunga Avenue. Studio City is a popular filming spot as it offers a typical suburban setup representing a small California town. Therefore, it is understandable why the makers chose to lens important scenes in the neighborhood.

The airport sequence towards the movie’s end was recorded in Van Nuys, a neighborhood in the central San Fernando Valley region of Los Angeles. The production team specifically set up camp at the Van Nuys Airport on 16461 Sherman Way to shoot the scene. Van Nuys is known for its aesthetic appeal and features in several popular movies and TV shows, such as ‘Licorice Pizza,’ ‘Young Sheldon,’ and ‘Parks and Recreation.’

To record some significant portions, the ‘That’s Amor’ team traveled to Culver City in Los Angeles County, a renowned name in cinema history. Some scenes of the movie were lensed at Cafe Solar, a popular restaurant situated at 6224 West Manchester. Culver City is famous for its arts, architecture, and museums, as well as numerous movie studios and record labels. Several hit movies such as ‘Bullet Train,’ ‘Interstellar,’ and ‘American Sniper‘ were filmed in the metropolis.

Petaluma, a city in California’s Sonoma County, appears in the movie through aerial shots. Located in the North Bay region of the San Francisco Bay Area and is known for its rich cultural heritage, history, and arts. Since the movie opens in San Francisco, it was an obvious choice for the production unit to tape the establishing shots in the region. The city has hosted the cast and crew of many movies and TV shows, such as ‘Lolita,’ ‘American Graffiti,’ ‘Basic Instinct,’ and ‘13 Reasons Why.’

Read More: Is Netflix’s That’s Amor Based on a True Story?