Where Was Netflix’s The Good Nurse Filmed? 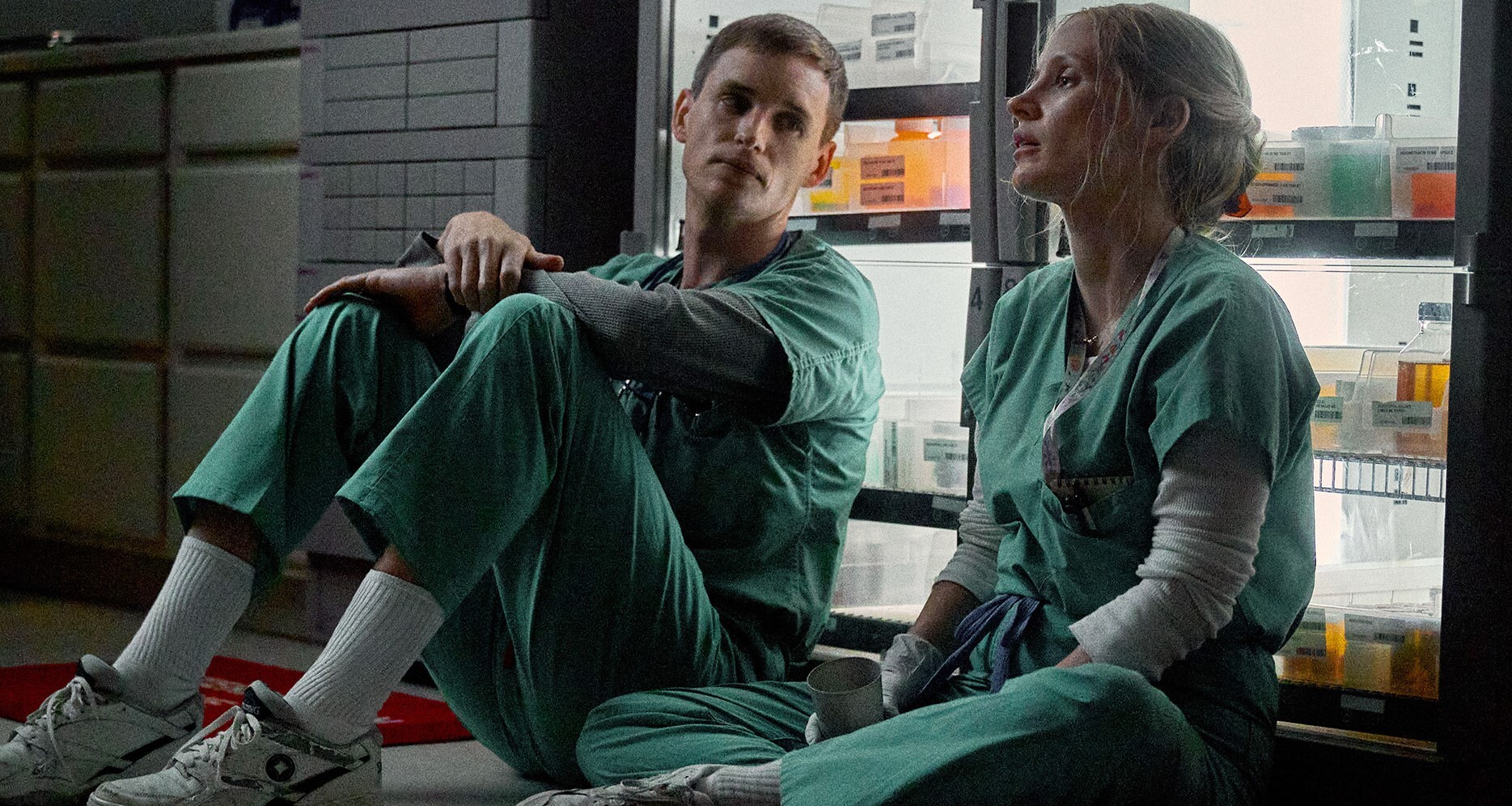 Based on the 2013 novel titled ‘The Good Nurse: A True Story of Medicine, Madness, and Murder’ by Charles Graeber, Netflix’s ‘The Good Nurse’ is a biographical crime drama movie by Tobias Lindholm. It revolves around a compassionate yet overburdened nurse named Amy. She doesn’t have the easiest life as she is not only a single mother but also suffering from a deadly heart condition, while her night shifts at the hospital test her emotional and physical limits. However, things get brighter for her when help arrives in the form of a new recruit in her unit named Charlie Cullen.

Over time, Charlie and Amy become good friends, and for the first time in a long time, she is hopeful about the future. But when he becomes a prime suspect in a series of mysterious patient deaths in the hospital, she must do everything she can to get to the bottom of the truth. The thrilling narrative is complemented by the use of a chilling undertone, primarily against the backdrop of the hospital. Thus, it is natural that you wish to know where ‘The Good Nurse’ was shot. Well, here are all the details we have gathered about the same!

‘The Good Nurse’ was filmed in Connecticut, Pennsylvania, and New Jersey, particularly Fairfield County. The principal photography for the movie reportedly commenced in April 2021 and wrapped up in June of the same year. Although most of the story is based in New Jersey and Pennsylvania, the shooting primarily occurred in Connecticut. Now, let’s traverse all the specific sites that feature in the Eddie Redmayne-starrer!

Numerous pivotal sequences for ‘The Good Nurse’ were lensed across Fairfield County, the most populous county in Connecticut. In particular, Stamford, the state’s second most populous city, served as one of the primary production locations for the movie. During the filming schedule, the cast and crew members were spotted taping several scenes in and around Morgan Street and Beal Street.

In May 2021, the filming unit traveled to Norwalk, a city in the southern region of Fairfield County, for shooting purposes. They set up camp in Van Dyk Recycling Solutions at 360 Dr. Martin Luther King Jr. Drive to record a few key scenes for the movie. Furthermore, the production team utilized the premises of Mechanic Street Lot at 2-36 Mechanic Street in Darien, near Wall Street, and Richard C. Briggs High School at 350 Main Avenue for lensing certain portions. Unfortunately, both these sites are permanently closed to the public now.

Situated in the southwestern corner of Connecticut, Fairfield County has hosted the production of several movies and TV shows over the years. Apart from ‘The Good Nurse,’ the county’s locales can be seen in movies like ‘We Need to Talk About Kevin,’ ‘Revolutionary Road,’ ‘Rachel Getting Married,’ ‘The Stepford Wives,’ and ‘The Big-C.’

Reportedly, additional portions of ‘The Good Nurse’ were taped in Pennsylvania, the fifth most populous state in the nation. Also known as the Keystone State, Pennsylvania features a highly diverse landscape, making it a suitable production location for different kinds of on-screen projects. Some movies and TV shows that have been shot in the state are ‘The Sixth Sense,’ ‘Hustle,’ and ‘Abbott Elementary.’

A few scenes for ‘The Good Nurse’ were seemingly recorded on location in New Jersey, a state in the nation’s Mid-Atlantic and Northeastern regions. Over the years, the state has served as a pivotal filming site for many productions; some notable ones include ‘The Greatest Beer Run Ever,’ ‘A Beautiful Mind,’ and ‘The Equalizer.’