Where Was Sherlock Holmes: A Game of Shadows Filmed?

Directed by Guy Ritchie, ‘Sherlock Holmes: A Game of Shadows’ is a period mystery movie that is a sequel to the 2009 ‘Sherlock Holmes.’ Based on the famous characters of Sir Arthur Conan Doyle — the titular character Sherlock Holmes and Dr. John Watson, the movie follows an original premise while taking inspiration from some of Doyle’s short stories, such as ‘The Adventure of the Empty House’ and ‘The Final Problem.’

The 2011 mystery movie follows Sherlock Holmes and Watson as they travel across Europe to stop Professor James Moriarty – their arch enemy – in his tracks as he is busy carrying out several crimes all over the continent.  The film features stellar performances by talented actors, including Robert Downey Jr., Jude Law, and Jared Harris. The lavish settings and vivid visuals depicting the late 19th century only add an interesting layer to the suspenseful narrative. Are you keen to learn where this mystery movie was shot? Here is everything you need to know about it!

‘Sherlock Holmes: A Game of Shadows’ was filmed in several countries of Europe, primarily England, as well as parts of British Columbia in Canada. Since characters in the film travel to a variety of locations, so did the cast and crew to make the narrative seem more authentic. The principal photography seemingly commenced in October 2010 and continued through early 2011. So, here is a detailed look at the specific filming sites!

Surrey is one of the many locations that was used for filming the Robert Downey Jr.-starrer. The crew utilized many stages at Shepperton Studios to bring the narrative to life. Moriarty’s study, auction rooms and their exteriors, the interior of the Swiss chalet, the interior of Watson’s study, and Sims Area Club were all taped in this expansive studio. Moreover, sequences involving the gypsy tent and Ravache cellar were also lensed on the sound stages. Located at Studios Road, Shepperton in Surrey, the film studio offers 15 stages of varying sizes. 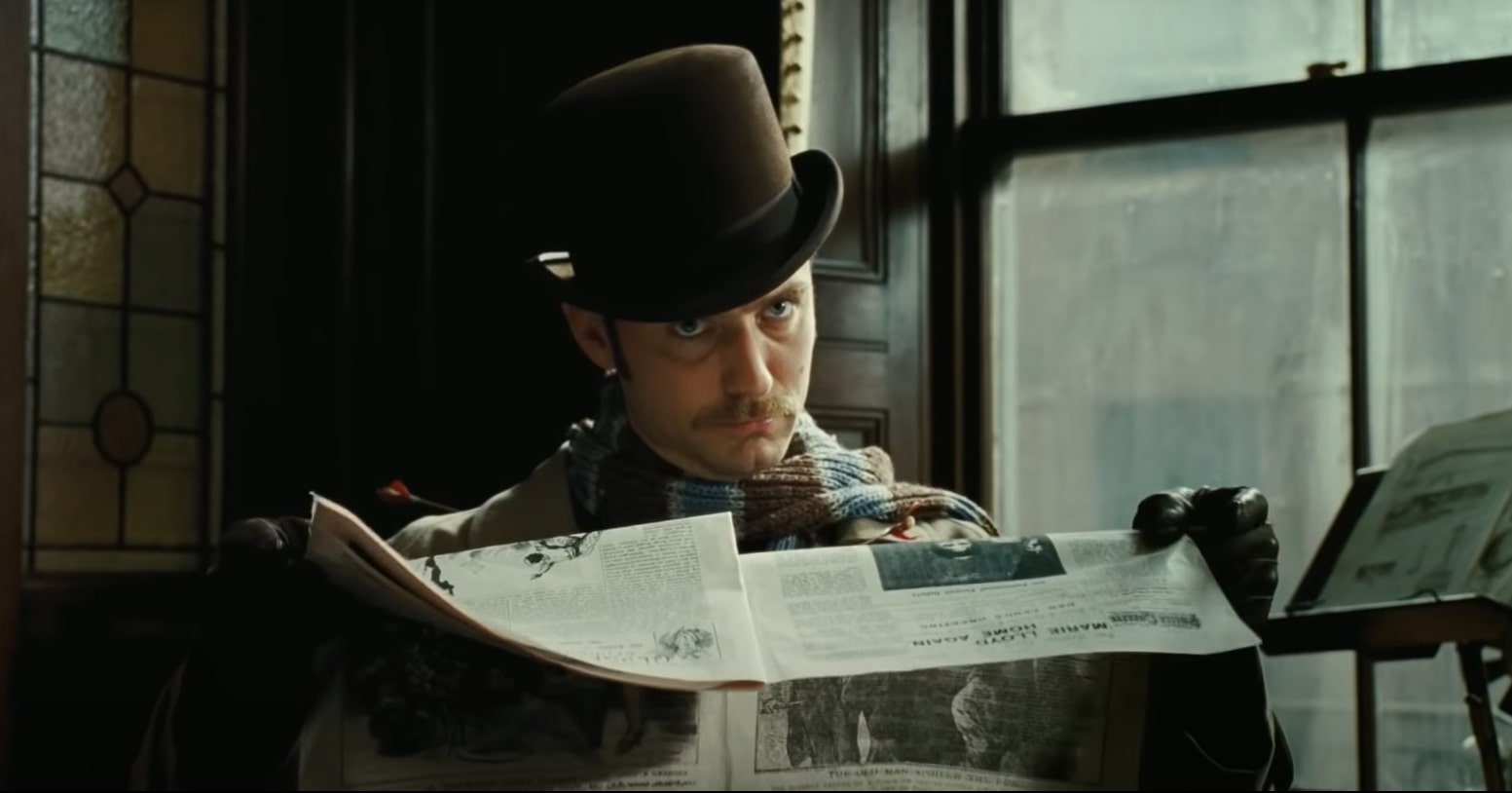 The sequences portraying the French-German border were filmed in Bourne Woods, located south of Farnham. Hampton Court Palace in East Molesey doubles as the exteriors for Kings College Cambridge in the movie. At the same time, Richmond Park in Richmond stands in for the Romani camps.

The production team also moved to Oxfordshire to tape several important sequences for the movie. The intense action scene involving a gunfight at the Meinhard Train Station was lensed in the Didcot Railway Centre on Station Road, Didcot. However, a large green screen was required for this sequence. 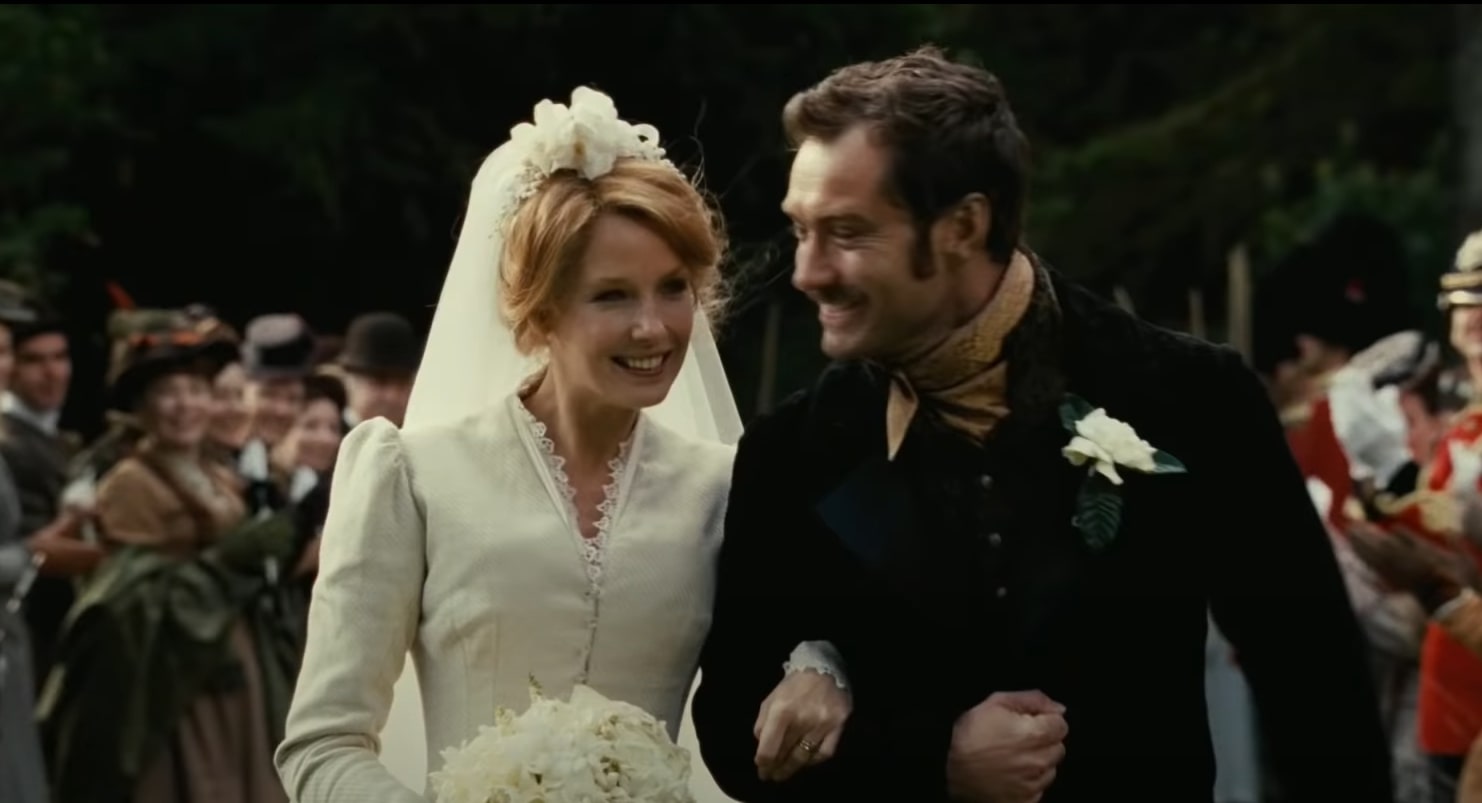 As for Mycroft’s home, the crew used the Shirburn Castle located in the village of Shirburn near Watlington. The sequences depicting the wedding of Mary and John were filmed at St. Mary’s Church in the village and civil parish of Pyrton.

Kent is another location that features in this mystery drama film. Another significant production site is the Historic Dockyard Chatham, a maritime museum on Main Gate Road in the town of Chatham. You may even recognize the White Cliffs of Dover and the country house named Knole (in Sevenoaks) in several sequences of the movie. In addition, the scenes involving the Paris Catacombs were taped in Fort Amherst, which is located on Khartoum Road in Chatham. 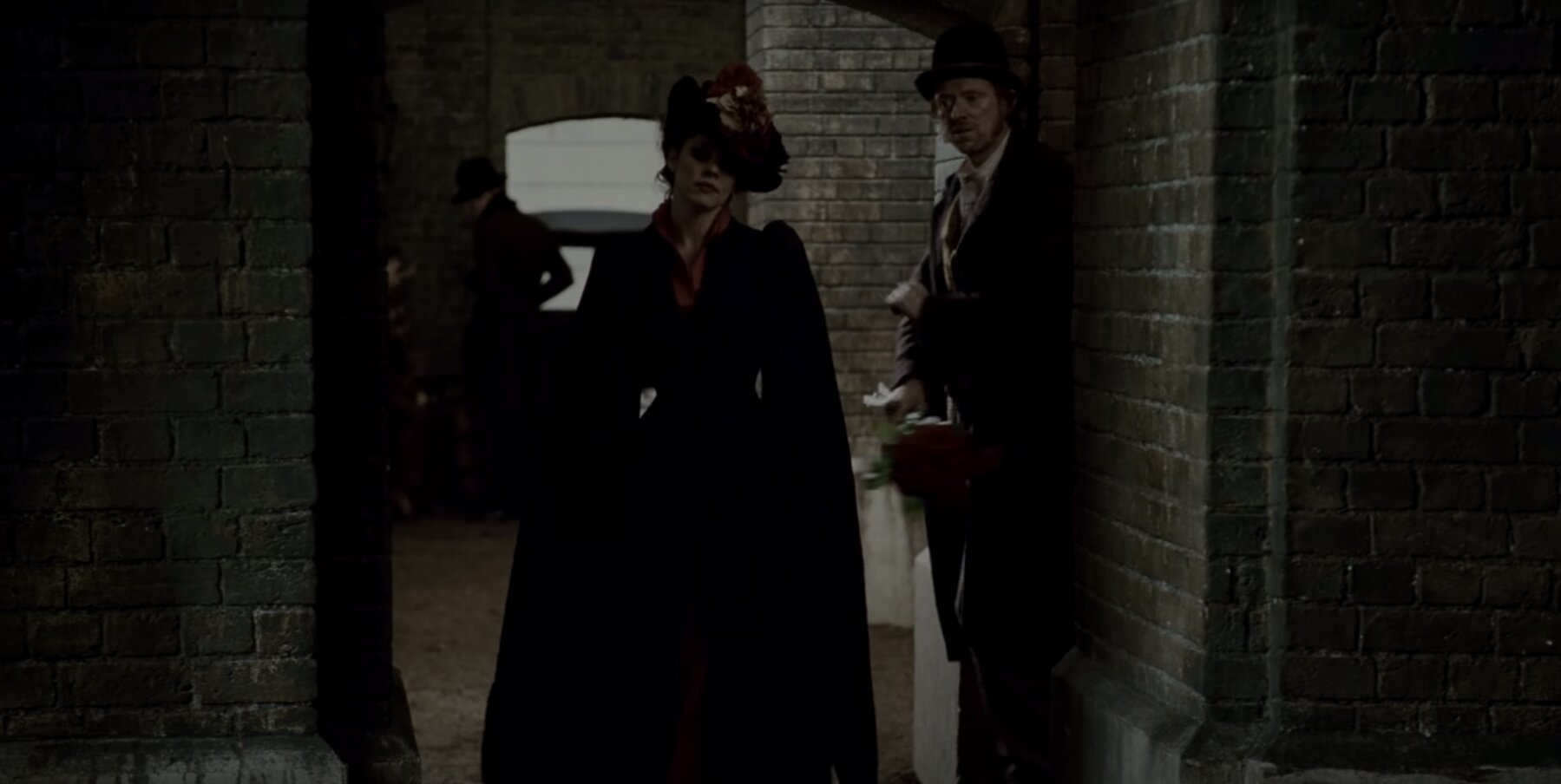 London serves as one of the major filming locations for this movie. The scene where Holmes is trailing Irene was lensed at Old Royal Naval College in Greenwich. Moreover, the sequences depicting Watson’s stag party were shot in Wilton’s Music Hall, situated at 1 Graces Alley. Additionally, you may spot the Australia House in Strand, which doubles as the interior for the Cromwell and Griff Auction House.

The team also used several locations in Hertfordshire, a county in southern England. The scenes involving Moriarty’s study were lensed at Hatfield House, a country house on Great North Road, Hatfield. Furthermore, Baker Street and some famous digs at 221B were actually sets created on the stages of Leavesden Studios. Now known as Warner Bros. Studios, Leavesden, the exact location of the filming facility is Warner Drive, Leavesden, Hertfordshire WD25 7LP. One of the most notable credits of the studio are the Harry Potter films.

Moreover, pivotal scenes were filmed at Elstree Studios, located at Shenley Road, Borehamwood, Hertfordshire, WD6 1JG. It is famous as the production site for ‘The Crown.’ Hertfordshire appears in various movies such as ‘Johnny English‘ and ‘Saving Private Ryan.’

Various other locations, including Victoria Bridge in Worcestershire and areas of Oxford University, also feature in a number of scenes. Additionally, sequences were lensed at Pinewood Studios located at Pinewood Road in Iver Heath in Buckinghamshire. The studio has served as a production location for ‘The Dark Knight‘ and ‘No Time To Die.’ Waddesdon Manor in Waddesdon stands in for the interiors of Hôtel Du Triomphe, where Moriarty signs the books. Additionally, the outdoor sequences featuring Parisian streets were filmed in this location. Moreover, PS Waverley, the famous steamship, was also used for filming some prominent scenes for the movie.

Other Locations in Europe

The production team flew to France to tape several scenes for the movie, especially the opening sequence where you might spot Place de la Cathedrale in Strasbourg. A few scenes were seemingly filmed on location in Paris. In addition, the cast and crew members were spotted shooting several sequences in Skogafoss in Iceland as well as Capel Curig in Snowdonia, North Wales. Furthermore, the train scenes with gorgeous views of the snowy landscape were filmed in Triengen, a municipality in Kanton Luzern, Switzerland.

Apparently, the filming crew also took a trip to the Nuxalk First Nation region in Bella Coola Valley, British Columbia. The versatile landscape of the Canadian province includes the Pacific coastline and several mountain ranges, which makes for an attractive filming location for all kinds of movies. Over the years, popular films and TV shows have been shot in the region, such as ‘The Adam Project‘ and ‘House M.D.‘