Who Is Loquareeous In Atlanta? Who Plays Larry? 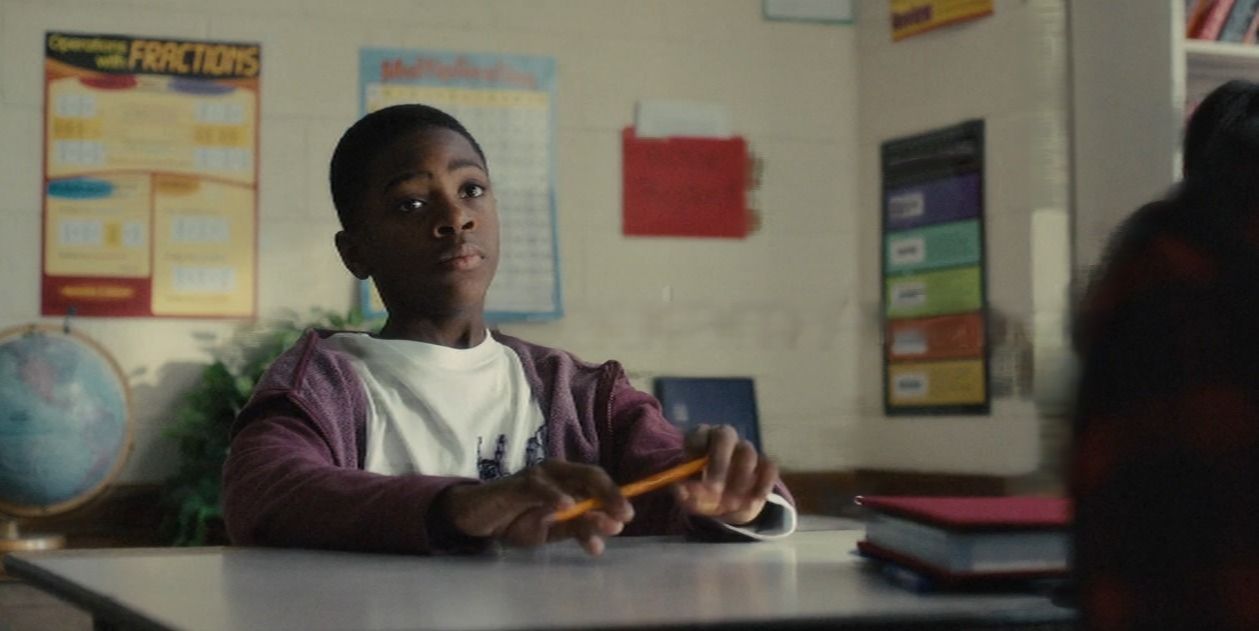 ‘Atlanta‘ revolves around the life of Earnest “Earn” Marks, a broke single father who manages the growing career of his cousin, Alfred “Paper Boi” Miles, a rising hip hop artist. The series is known for its authentic exploration of an African-American’s perspective of a privileged society, strong social commentary, and surreal humor.

Although the show’s much-awaited season 3 premiere shifts the focus from Alfred and his crew, the aforementioned elements that make the show are still present. However, the episode focuses on a different protagonist in the form of a middle-school student — Loquareeous aka Larry. If you wish to learn more about the new character in ‘Atlanta’ and the actor who plays the part, here is everything you need to know! SPOILERS AHEAD!

Who Is Loquareeous, aka Larry?

Loquareeous is introduced in the first episode of ‘Atlanta’ season 3 titled ‘Three Slaps.’ The episode is set sometime in the future and follows Loquareeous, an African-American middle-school student with a strict mother. In the episode, Loquareeous is punished by his teacher for disrupting the class with his excessive celebration over the news of the upcoming school trip. The principal calls Loquareeous’ mother and grandfather to the school to discuss Loquareeous’ behavior.

Seeing how Loquareeous’ mother and grandfather handle the situation, the young kid’s guidance counselor grows worried and calls Social Security. Loquareeous is reluctantly put under the care of Amber and Gayle, a white lesbian couple who are foster parents to three other children of color. The couple gives Loquareeous the nickname of “Larry,” as his original name is hard to spell and pronounce. Throughout the episode, Amber and Gayle’s self-aware and socially conscious actions reek of cruelty towards their children.

As a result, Loquareeous attempts to flee from his new family. Although he fails at first, he ultimately succeeds and manages to reach somewhere where his mother gladly takes him back. The episode’s ending implies that Loquareeous is a fragment of Earn’s imagination. As the ordeals of Loquareeous come to an end, the scene shifts to Earn waking up in his hotel room. The struggles of Loquareeous seemingly hint at the deep-seated insecurities and fears of Earn as a black man in America who constantly deals with those more privileged than him.

In ‘Atlanta,’ young actor Christopher Farrar essays the role Loquareeous. His bright and energetic personality led Farrar to take up acting at a young age. Farrar grew up in St. Louis, Missouri, and booked his first acting gig in 2015. However, his first major part came in 2019 as Young Shawn in the teen drama series ‘All American.’ Farrar is known for his performances in several hit shows such as ‘Veep, ‘Call Me Kat,’ and ‘Young Sheldon.’

Farrar appears as Jason in the sports comedy film ‘Home Team,’ about the life of NFL coach Sean Payton. Farrar is arguably best known for his role as Auggie Roberts in the hit medical drama series ‘Chicago Med.’ His time playing the part of Auggie, a child with autoimmune disease, inspired the young actor to start the charitable organization Farrar Children Foundation. Through the foundation, Farrar helps children impacted by autoimmune diseases.