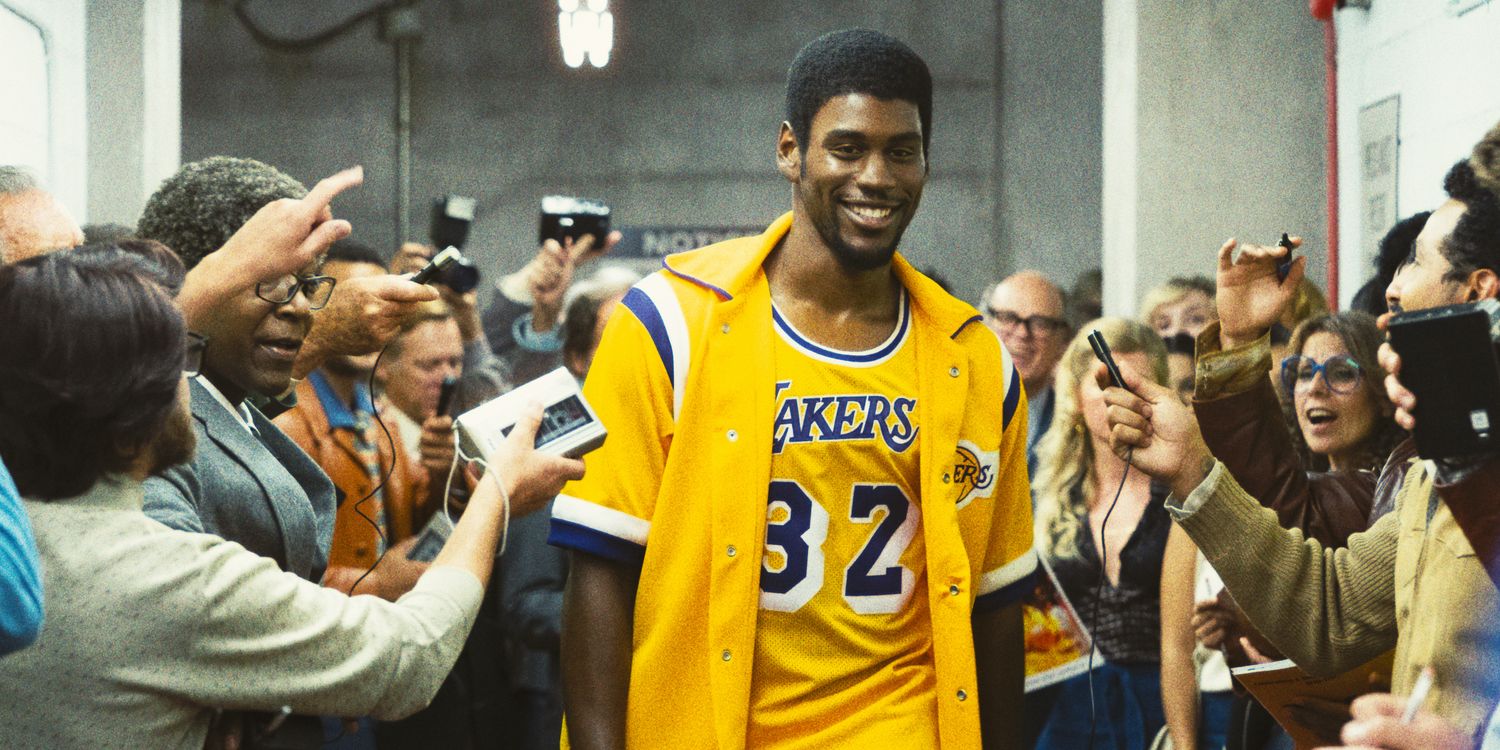 ‘Winning Time: The Rise of the Lakers Dynasty‘ episode 8 takes viewers deep into the LA Lakers’ 1979-80 season with its dramatic retelling of the real-life events. The episode titled ‘Don’t Stop ‘Til You Get Enough’ focuses on the return of Jack McKinney, as Paul Westhead and Pat Riley struggle to deal with their uncertain futures with the team.

Meanwhile, Magic Johnson and Kareem Abdul-Jabbar take part in the All-Star Game, which leads to a rude awakening for young Magic. The episode seemingly resolves the coaching situation but stirs a conflict within Magic that will spark his desire to succeed at all costs. If you seek some insights about the episode’s events and ending, here is everything you need to know about ‘Winning Time’ episode 8! SPOILERS AHEAD!

The eighth episode opens with Jerry Buss retelling the story of how Roger Bannister, against all odds, performed the seemingly impossible feat of running a mile in less than four minutes. Meanwhile, the Lakers are celebrating their stunning form under Westhead and Riley. After becoming the first rookie in years to be a starter at the NBA All-Stars game, Magic Johnson receives plenty of media attention. In the dressing room, Riley advises Haywood to get his knee checked. The team’s celebration is cut short by the sudden arrival of Jack McKinney, who has recovered from his injuries.

McKinney reveals that he will be traveling with the team from the next week. He further adds that following clearance from doctors, he will return to his position as Head Coach full time. McKinney criticizes Westhead and Riley’s handling of the team, especially the benching of Spencer Haywood. Riley and McKinney disagree over the situation, leading to Westhead having concerns about their futures on the team. McKinney privately tells Westhead that Riley will have no position on the team as he does not trust the former Lakers player.

Elsewhere, Jeanie has a tough time dealing with the news that her grandmother Jessie’s cancer treatment failed, and she will soon die. Meanwhile, at the NBA All-Stars dinner, Magic and Cookie meet Magic’s childhood hero Julius “Dr. J” Erving. Magic is charmed by Dr. J’s kind and caring demeanor. After the game, Cookie learns about Magic sleeping with Rhonda and breaks up with him. A depressed Magic is comforted by Dr. J. Meanwhile, Buss learns the truth about his mother’s impending demise while Westhead reveals to Riley that McKinney wants to fire him. In the end, Riley decides to take matters into his own hands and save his job.

In the episode, Westhead faces a moral dilemma as he is forced to choose between his bond with McKinney and keeping his promise to Riley. Only after Westhead promises Riley that his job would be secure even under McKinney does he agree to quit as a broadcaster and becomes an assistant coach. Therefore, when McKinney is set to return and asks Westhead to fire Riley, he begins to drive himself crazy by worrying about the situation.

On the other hand, Riley believes that it is his and Westhead’s hard work that has brought the team near the playoffs. He sees a genuine chance of the Lakers winning the NBA Championship. Thus, he decides to try and convince Westhead that he must ask McKinney to let them coach for the rest of the season and propose that McKinney returns at the start of the new season. While Westhead admits that he would love the opportunity, he does not wish to betray McKinney. The stress causes Westhead to have a kidney infection forcing Riley to coach the game against Dr. J’s  Philadelphia 76ers. The Lakers lose the game miserably as Dr. J uses his influence on Magic to blindside the young rookie.

Meanwhile, McKinney and Westhead have a conversation about the coaching situation in the hospital. Westhead explains the merits of allowing him and Riley to continue coaching the team until the end of the season. While McKinney agrees, he is disappointed with Westhead and feels betrayed. After insulting Westhead over his lack of hunger, McKinney calls his assistant disloyal, leaving the coaching situation unresolved. However, given the tension created by the situation, it is likely that the team management will allow Westhead and Riley to continue. The episode ends with Jerry West sparking a desire for victory within Magic, who resolves to lead the team to the NBA Championship.