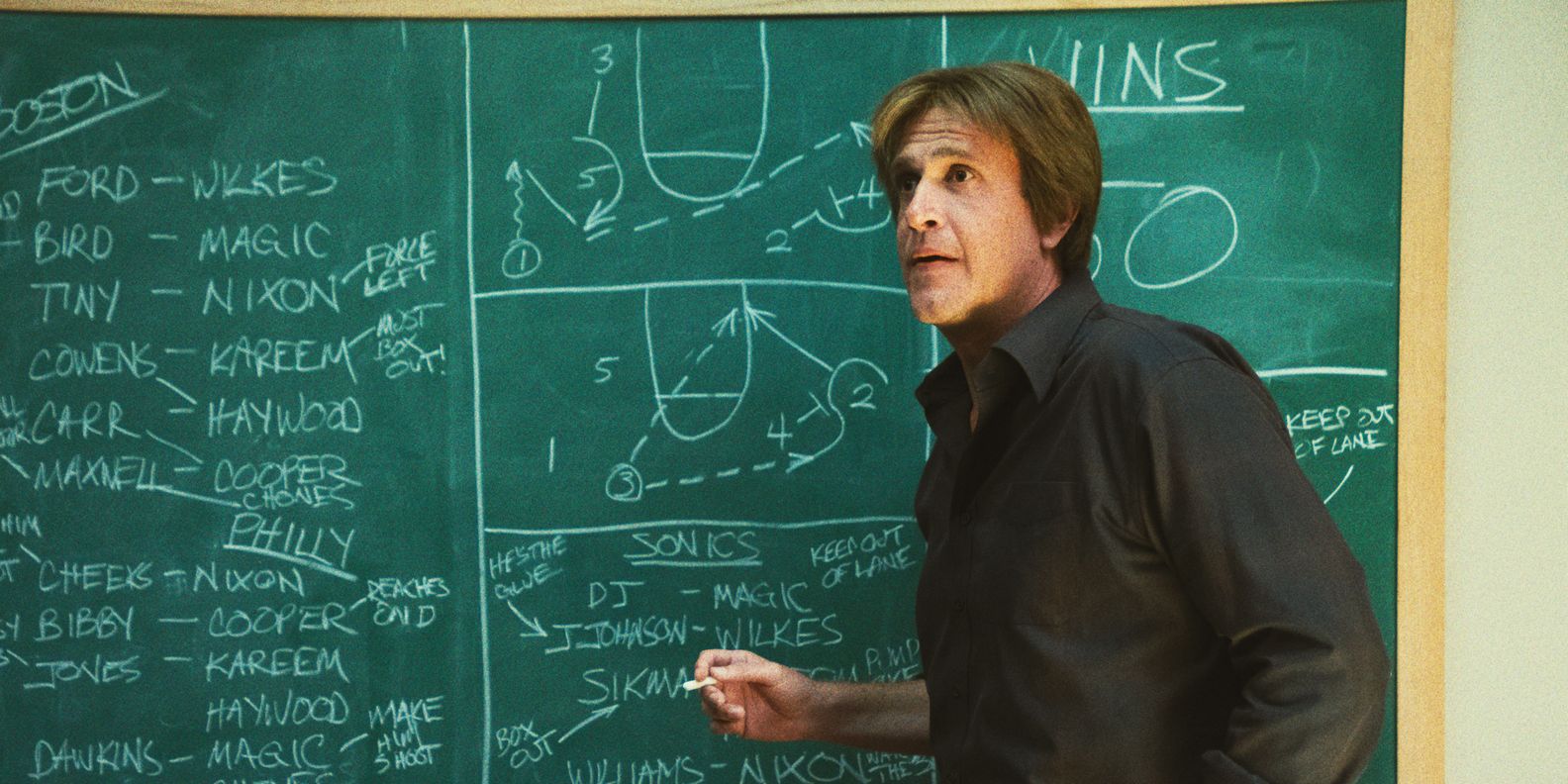 The ninth episode of ‘Winning Time: The Rise of the Lakers Dynasty‘ brings the LA Lakers one step closer to the promised land. In the episode, titled ‘Acceptable Loss,’ Jerry Buss faces a tough challenge as he must decide between Jack McKinney and Paul Westhead as the coach to lead the Lakers to the playoffs. On the other hand, the players face a tough time after one of them is revealed as a cocaine addict. If you are wondering about what happens in the Lakers’ climb to the NBA Finals and what sacrifices they have to make on the way, here is everything you need to know about the ending of ‘Winning Time’ episode 9! SPOILERS AHEAD!

The ninth episode titled opens with Claire Rothman explaining to Jerry Buss the team’s finances. The Lakers are hanging by a thread and must make it to the NBA Finals to break even amidst Buss’ lavish spending on the team. Claire tries to convince Buss to allow Jeanie to work at The Forum. However, Buss refuses as Jeanie is taking care of her grandmother. Buss learns that the doctors have cleared McKinney to return as the Lakers’ head coach. Therefore, Buss must decide whether to reinstate McKinney or to back Paul Westhead and his assistant Pat Riley.

Buss approaches Jerry West to help him resolve the situation. After some reluctance, West agrees to help Buss make the decision but asks for some time. Meanwhile, Riley worries that he and Westhead will lose their opportunity to lead the Lakers to the NBA Finals. During practice, Spencer Haywood has an outburst, leading to a private conversation with Kareem Abdul-Jabbar. Haywood admits that he is addicted to cocaine but promises to get clean before the playoffs. Thus, Abdul-Jabbar refrains from reporting his teammate.

Elsewhere, Buss and Jeanie worry as Jessie’s condition worsens. The doctor informs Buss that his mother does not have many days to live. After spending some time by a pool with her family, Jessie has a stroke that lands her in a coma. Meanwhile, Jeanie contemplates speaking with Buss about joining The Forum in a full-time role. West informs Buss that he cannot resolve the coaching situation and advises Buss to go with his gut feeling. Buss arrives at McKinney’s house to discuss his return but opts against it after realizing that McKinney is still not fit to coach. In the end, the Lakers reach the NBA Finals while Buss decides to take his mother off the ventilator.

In the episode’s third act, Buss faces an extreme personal loss as his mother passes away, but the Lakers book their place in the NBA Finals. Thus, the episode highlights the challenges everyone involved with the Lakers faces to reach the finals. Another challenging sacrifice comes in the episode’s final moments as the lakers must decide whether to allow Spencer Haywood to finish the season or dismiss him. After confirming their place in the finals, the Lakers squad relaxes at The Forum Club. However, they are alerted to Haywood’s worsening condition due to his addiction.

Abdul-Jabbar reports the incident to the team management. Westhead and Riley call in the entire squad to discuss the situation. While Riley argues that Haywood will be a valuable player for the team in the finals, Westhead allows the players to resolve the matter. He believes that since the decision will directly affect the team, the players should decide whether or not to dismiss Haywood. After asking for a few opinions, Abdul-Jabbar chooses to hold a vote.

After the decision is made, Abdul-Jabbar speaks with Haywood in the locker room. Haywood feels betrayed and believes that the “white” people are deciding his fate. However, Abdul-Jabbar informs him that the players have voted over Haywood’s fate, and the coaches were not involved. Abdul-Jabbar then reveals he cast the final vote, which led to the decision to dismiss Haywood. An enraged Haywood leaves the locker room while Abdul-Jabbar reflects on the decision. The tense moments highlight the difficulty of losing a beloved teammate. The episode closes out with Abdul-Jabbar teaching Magic Johnson his trademark skyhook shot while Haywood orders a hit on his Lakers teammates.