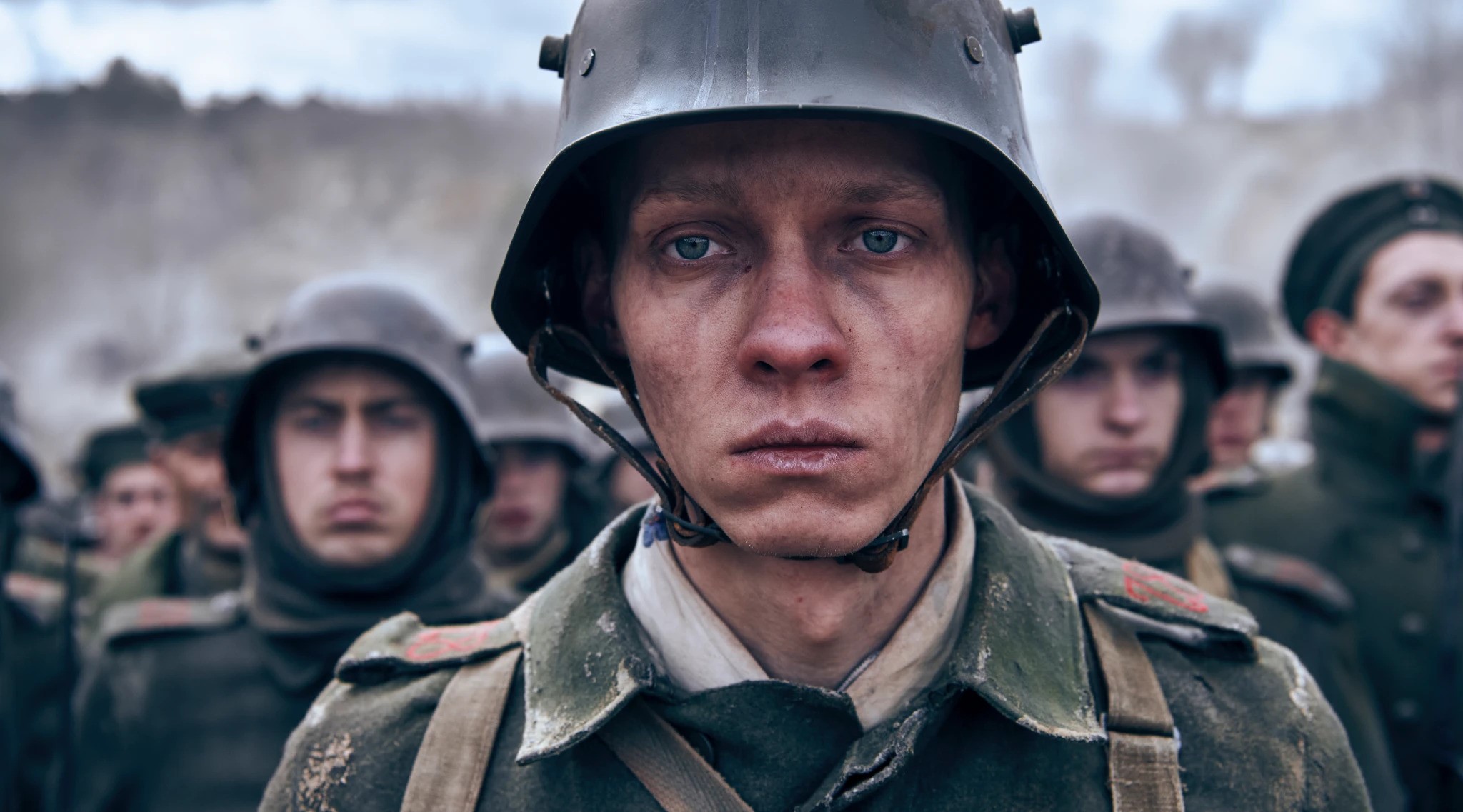 Based on Erich Maria Remarque’s 1929 eponymous novel, Netflix’s ‘All Quiet On the Western Front’ is a German anti-war movie co-written and directed by Edward Berger that revolves around a young German soldier named Paul Bäumer in the final years of World War I. Without any idea about the reality of war, Paul and his friends enlist in the German army in excitement and with the romanticized notion of fighting for their nation.

Soon, the young teenagers’ euphoric and wrong impressions of war are shattered when they find themselves in the middle of all the commotion, fighting for their lives in between the trenches. The war film touches upon several subjects and themes, such as the feeling of patriotism and war. So, if you are into such movies, you might want to give the below-listed recommendations a try. You can watch most of these movies like ‘All Quiet On the Western Front’ on Netflix, Hulu, or Amazon Prime.

Directed by Johan Earl and Adrian Powers, ‘Battle Ground’ (originally titled ‘Forbidden Ground’) is an Australian war drama movie set against the backdrop of World War I, just like ‘All Quiet On the Western Front.’ The narrative revolves around three British soldiers fighting on the Western Front of the war who get stranded in no man’s land. One of them gets severely injured and needs urgent medical aid, so they attempt to get back to the allied trenches while evading the watchful eyes of the German soldiers. Both ‘Battle Ground’ and ‘All Quiet On the Western Front’ masterfully depict war and its gruesome consequences.

Based on the 1928 eponymous play by R.C. Sherriff, ‘Journey’s End’ is a 2017 British war movie helmed by Saul Dibb that serves as the fifth film adaptation of the play. Set in 1918, the narrative follows a group of British officers who are led by the young Officer Stanhope in an Aisne dugout during the closing of World War I. What makes things complicated is that Stanhope’s mental health is deteriorating quite rapidly. Much like ‘All Quiet On the Western Front,’ ‘Journey’s End’ is set against the backdrop of war and tells the story from a specific group’s point of view. 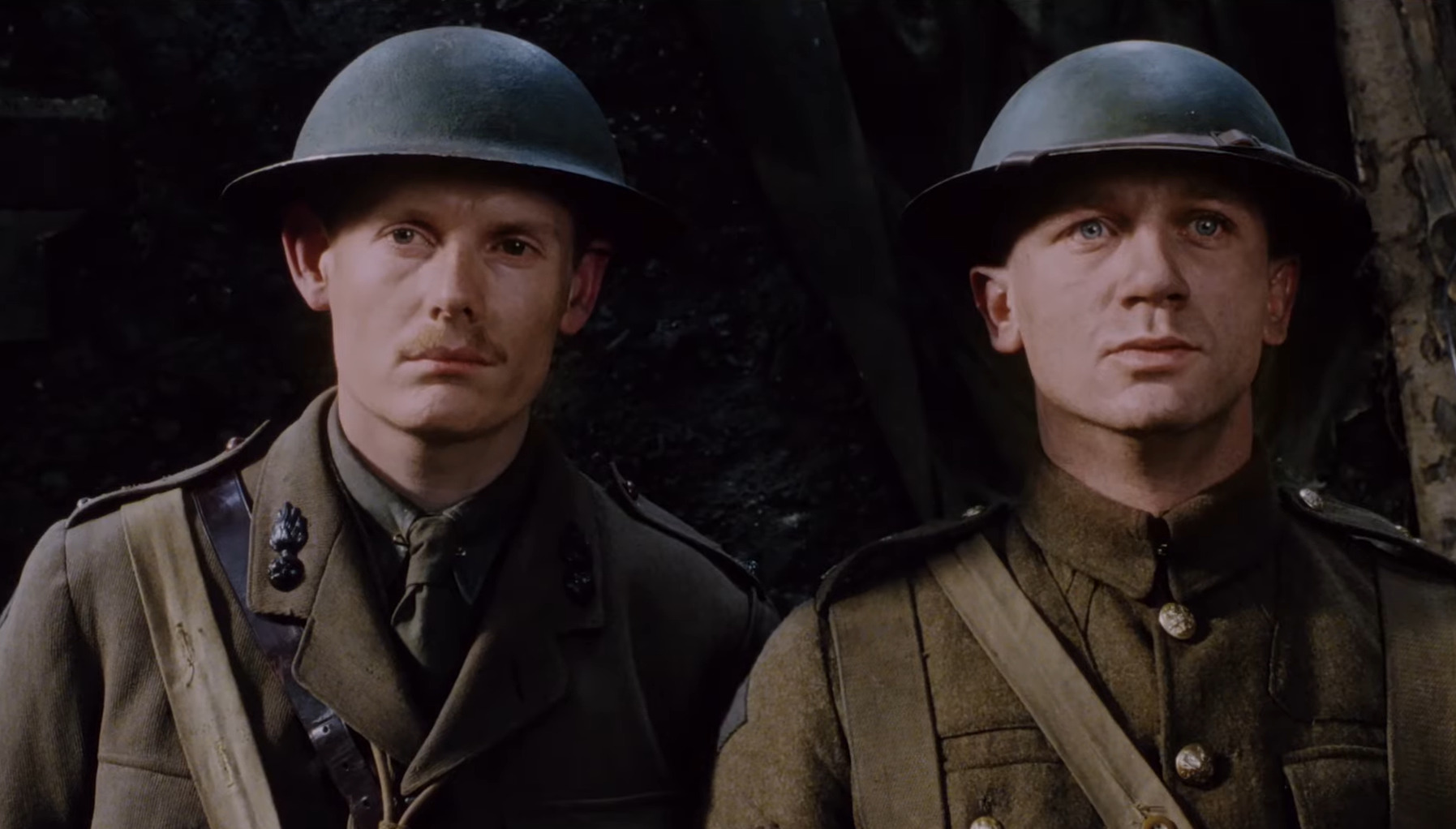 Starring Daniel Craig and Cillian Murphy, ‘The Trench’ is a 1999 British war action movie written and helmed by William Boyd that dramatizes the emotional and physical experience of a group of soldiers as they move through the trenches. Two teenagers, Billy MacFarlane and his brother Eddie, are at the center of the narrative as they volunteer to serve their country. As they witness the death of many soldiers on the battlefield, Billy and Eddie experience a whirlwind of emotions, from fear and panic to restlessness, much like Paul and his friends in ‘All Quiet On the Western Front.’

Written and directed by Nikolai Müllerschön, ‘The Red Baron’ (originally titled ‘Der rote Baron’) is a 2008 German-British biographical war movie that revolves around the famous Manfred von Richthofen, a World War I flying ace who also goes by the name of Red Baron. Manfred and his companions are fond of air combats as they find them quite sporty and challenging.

However, falling in love with Käte makes him realize that he is solely being used for propaganda means. Although most of the narrative focuses on the air combats during the war, it doesn’t make it that different from ‘All Quiet On the Western Front,’ as the protagonists in both movies realize the disgust of war, sooner or later. 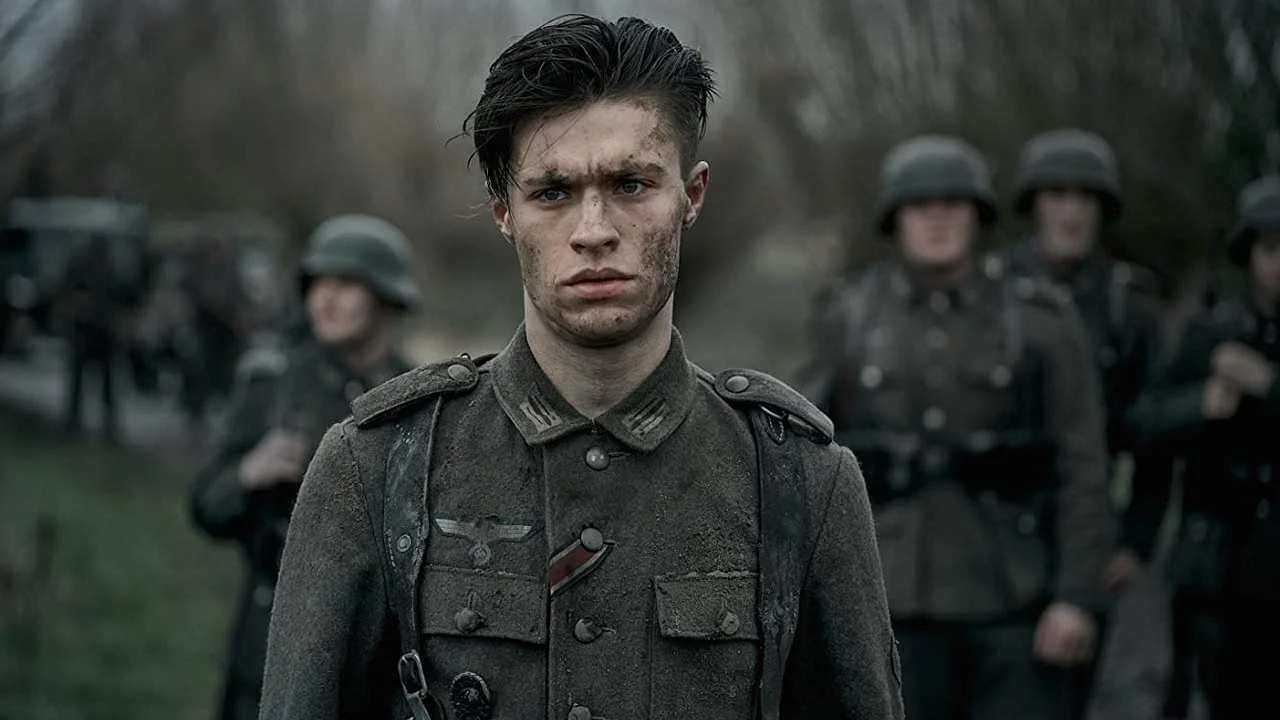 With Matthijs van Heijningen Jr. at the helm, ‘The Forgotten Battle‘ (originally titled ‘De Slag om de Schelde’) is a Dutch war movie that is set in 1944 during the Battle of the Scheldt in World War II. The narrative revolves around three young lives involved in the battle — a Dutch boy fighting for the Germans, a young Zeeland woman who reluctantly becomes a part of the Dutch resistance, and an English glider pilot.

The lives of the three individuals are somehow interconnected, and they must make some brave choices that influence not only their own lives but also that of others. What ties ‘The Forgotten Battle’ with ‘All Quiet On the Western Front’ are the backdrop of the tumultuous battlefield and the braveness of the leading trio in the face of war. 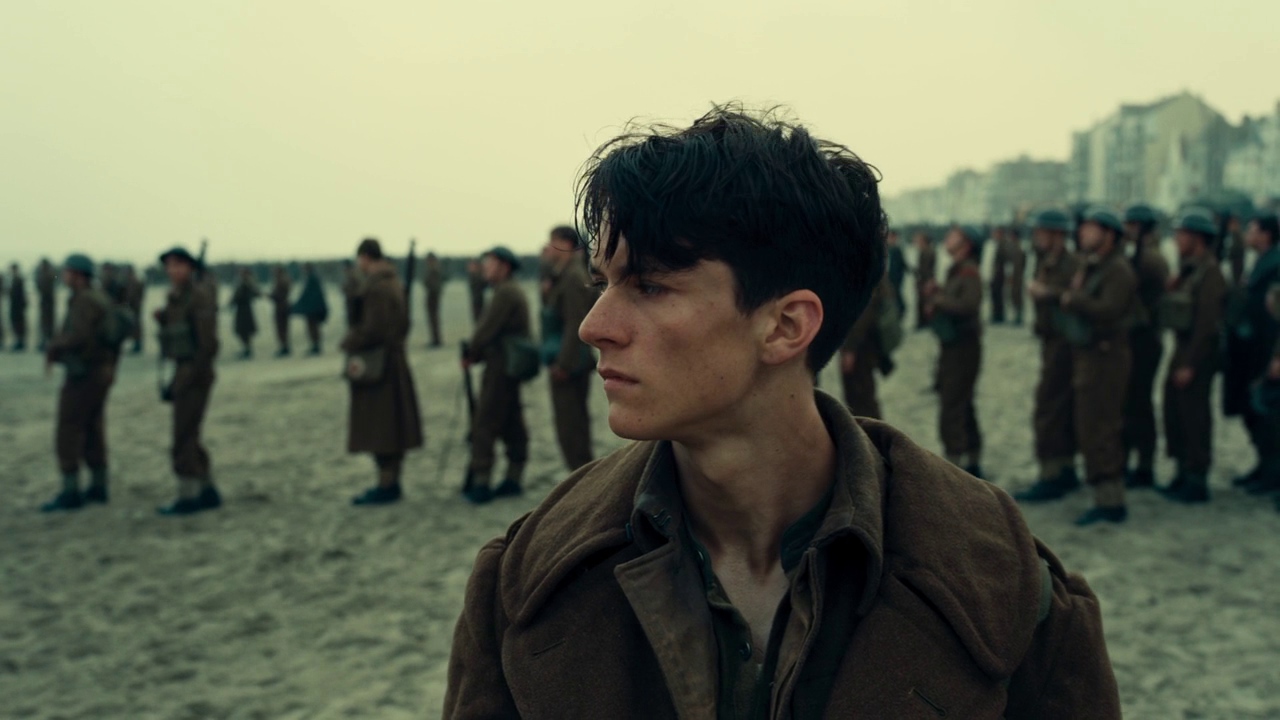 A cinematic gem written and directed by Christopher Nolan, ‘Dunkirk‘ is a war drama movie that breaks away from the bracket of conventional war films as it begins right in the media res of an intense battle during World War II. The narrative depicts the titular evacuation through three different perspectives — air, sea, and land. Being one of the most immersive war movies ever, you are bound to be transported back in time to the times of war. Even though it is a World War II movie, ‘Dunkirk’ is quite akin to ‘All Quiet On the Western Front’ in terms of the realistic portrayal of war and the brilliant visuals. 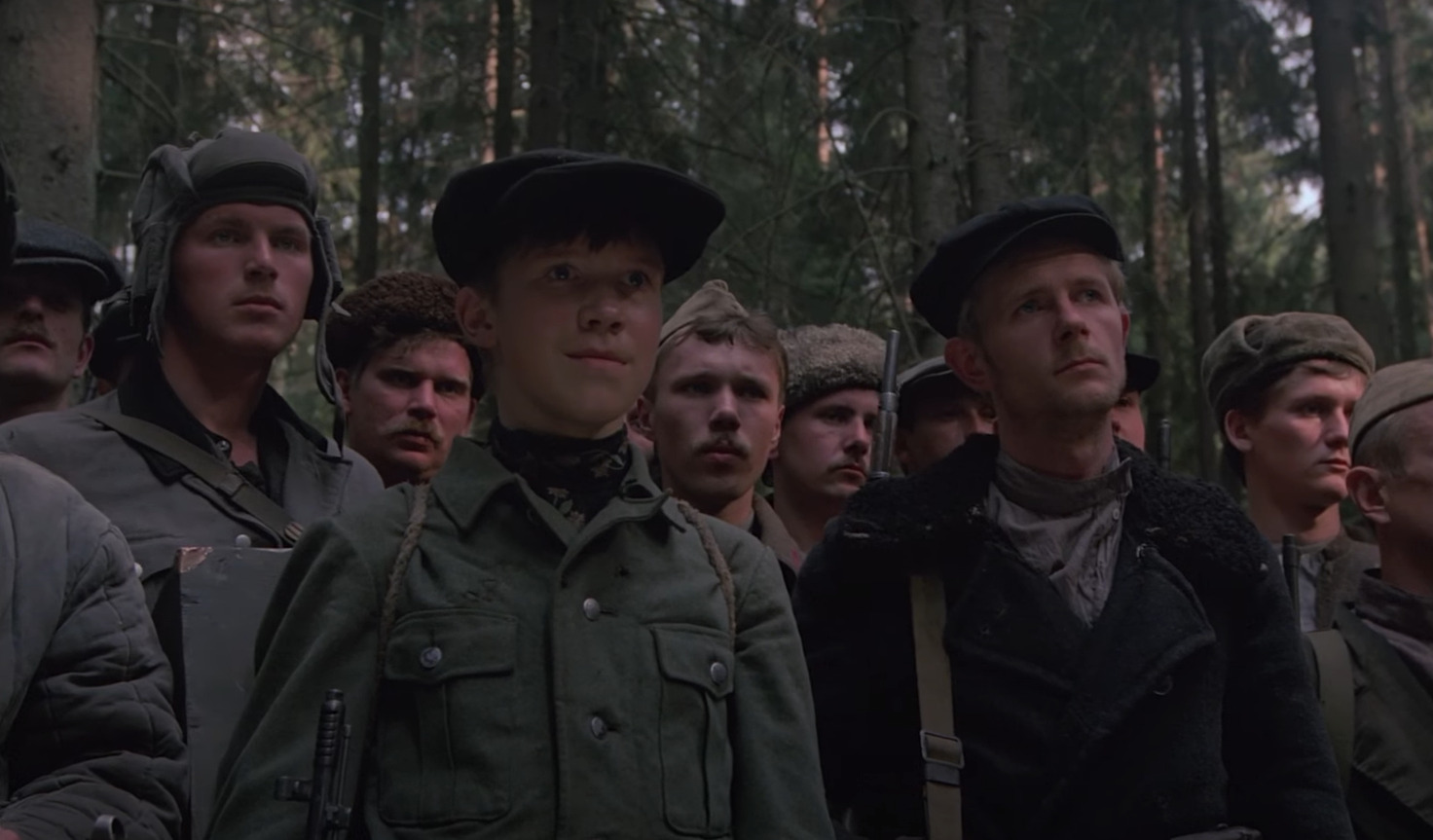 Inspired by the 1971 novel titled ‘Khatyn’ by Ales Adamovich and the 1977 memoir ‘I Am from the Fiery Village,’ ‘Come and See’ (originally titled ‘Idi i smotri’) is a 1985 Soviet anti-war movie co-written and directed by Elem Klimov. It follows a young boy, Flyora, who volunteers to join the Soviet resistance movement after coming across an old rifle. Oblivious to the reality of war, he witnesses the gruesome ruthlessness of the German forces firsthand. The theme of a young boy joining the army and learning the truth about the war the hard way is common in ‘Come and See’ and ‘All Quiet On the Western Front.’ 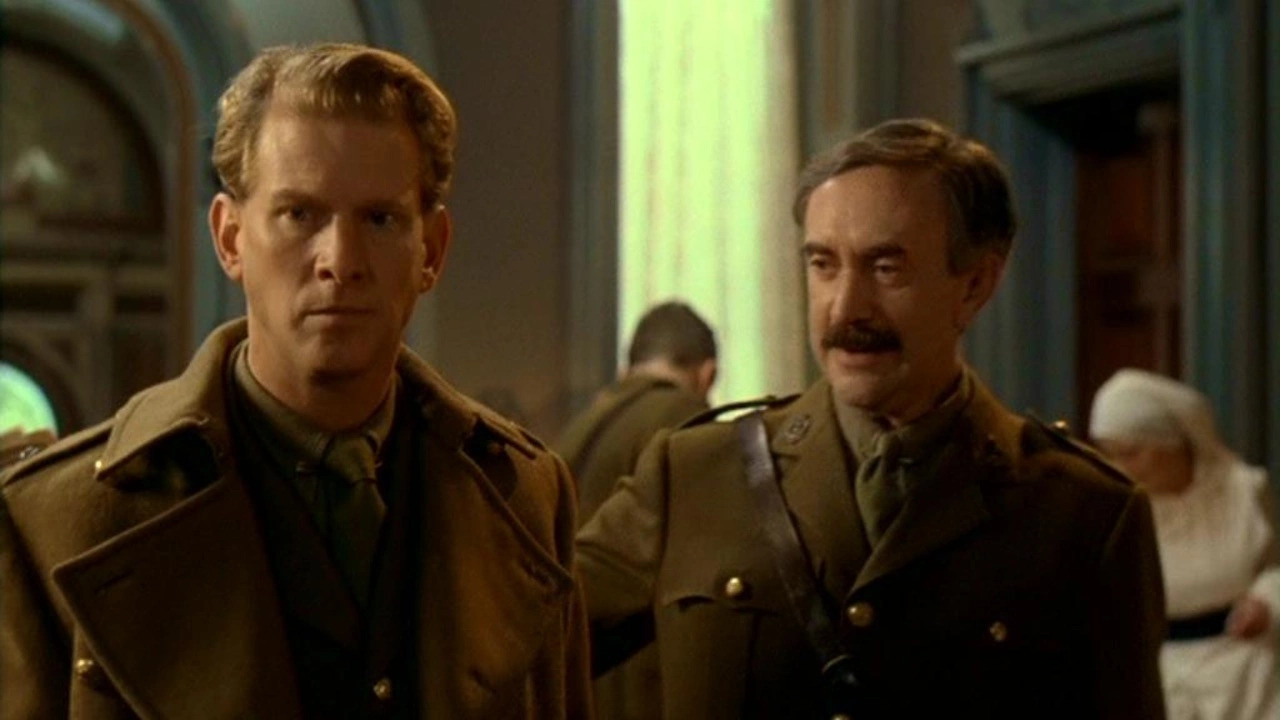 Another World War I movie like ‘All Quiet On the Western Front,’ ‘Behind the Lines’ (also titled ‘Regeneration’) is a British war film helmed by Gillies MacKinnon, inspired by the 1991 eponymous novel by Pat Barker. It revolves around war veteran and poet Lt. Siegfried Sassoon, who is sent to a psychiatric facility during World War I to treat his mental and emotional wounds.

The film gives us insight into the mental and emotional state of soldiers affected by the war and also those tending to them. Much like ‘All Quiet On the Western Front,’ ‘Behind the Lines’ gives a detailed account of the terrible effects of war and the emotional devastation it can cause.

Starring Paul Gross, who also sat in the writer and director’s chair for the film, ‘Passchendaele’ is a 2008 war movie that follows a Canadian soldier named Michael Dunne, his nurse girlfriend, and a young and naive boy. Their lives collide at different points in time, first in Alberta and then in Belgium when the Battle of Passchendaele during World War I is in full throttle. The backdrop of World War I and the gory visuals are what connect ‘Passchendaele’ with ‘All Quiet On the Western Front.’

Co-written and directed by Sam Mendes, ‘1917’ is a war drama movie that is loosely inspired by the stories Mendes’ paternal grandfather, Alfred, used to tell him about his time in the army during World War I. The narrative follows two young British soldiers — Will Schofield and Tom Blake — who are assigned a mission to deliver an important message to another one of their camps to stop them from walking into a deadly trap laid by the enemies.

Just like Paul and his friends in ‘All Quiet On the Western Front,’ Will and Tom are terrified by the idea of going through trenches and traps as they serve their country. Apart from the theme of war, the mental attitude of the characters of both films is somewhat similar when faced with the reality of war.

Read More: Where Was Netflix’s All Quiet on the Western Front Filmed?