6 Movies Like A Castle For Christmas You Must See

With Mary Lambert at the helm, ‘A Castle for Christmas’ is a warm Christmas-themed romantic comedy that transports the viewers to the far-flung land of castles and fairy tales. The modern-day story follows Sophie Brown, the bestselling author of the Emma Gale series, whose fans turn against her after she kills a fan-loved character without remorse.

With some encouragement from her publisher, Sophie goes to Scotland to reflect on her roots and amass inspiration for her next masterpiece. She ends up finding love and a family. If you have loved the feel-good concoction, we have a few more suggestions at hand. You can find most of these movies similar to ‘A Castle for Christmas’ on Netflix, Hulu, or Amazon Prime. 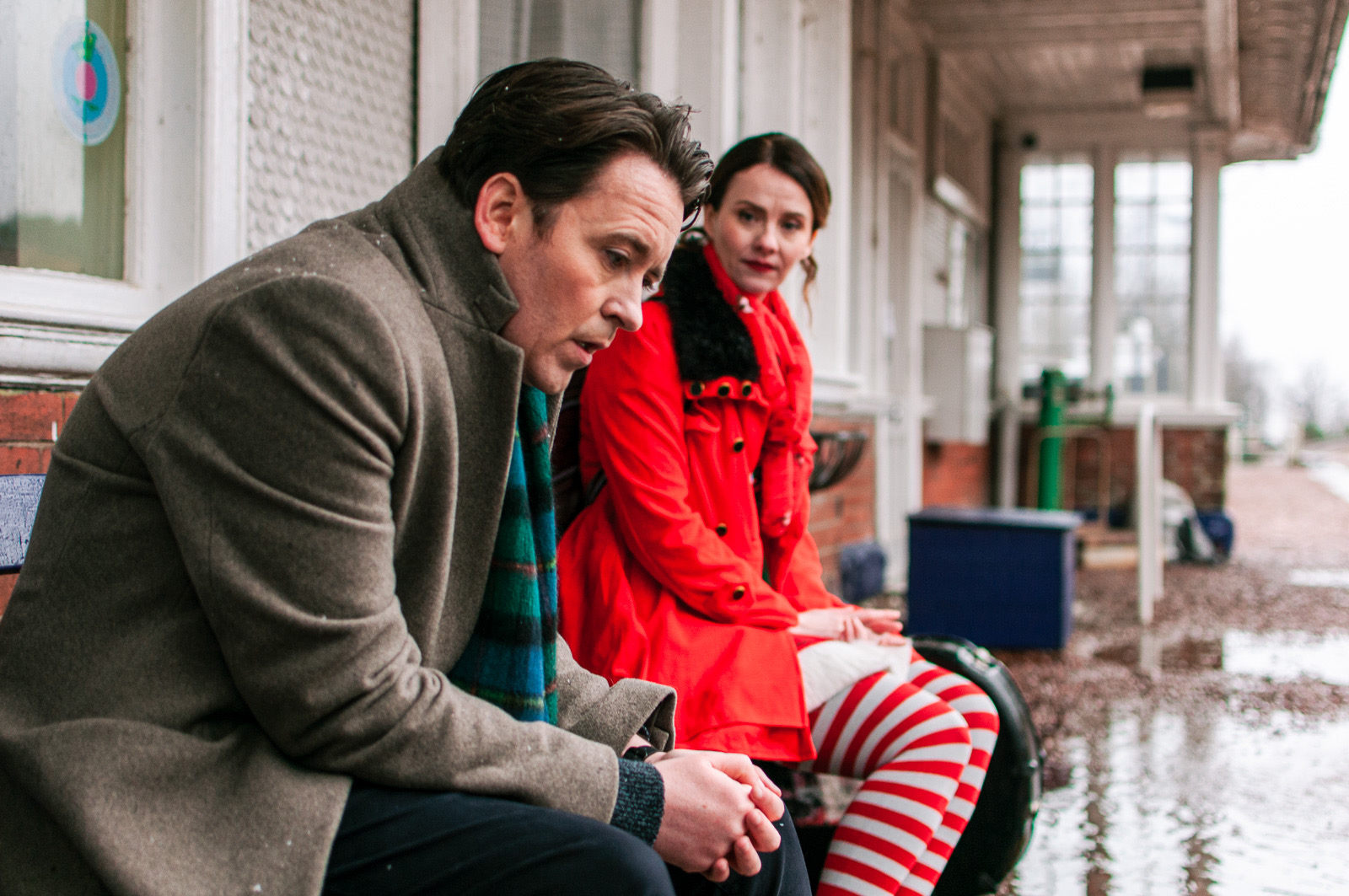 Directed by Ryan Hendrick and scored by Stephen Wright, ‘Lost at Christmas’ is the kind of rom-com that is capable of swaying you off your feet. The movie follows strangers Rob and Jen, two drifters longing for home with Christmas around the corner. Although miserably stranded in the desolate and snowy Scottish Highlands, they are desperate to return to the plains. They remain ignorant about their perfect chemistry as time runs out. If you are looking for another Christmas-themed adventure in Scotland after ‘A Castle for Christmas,’ this is the movie where you should place your bet. 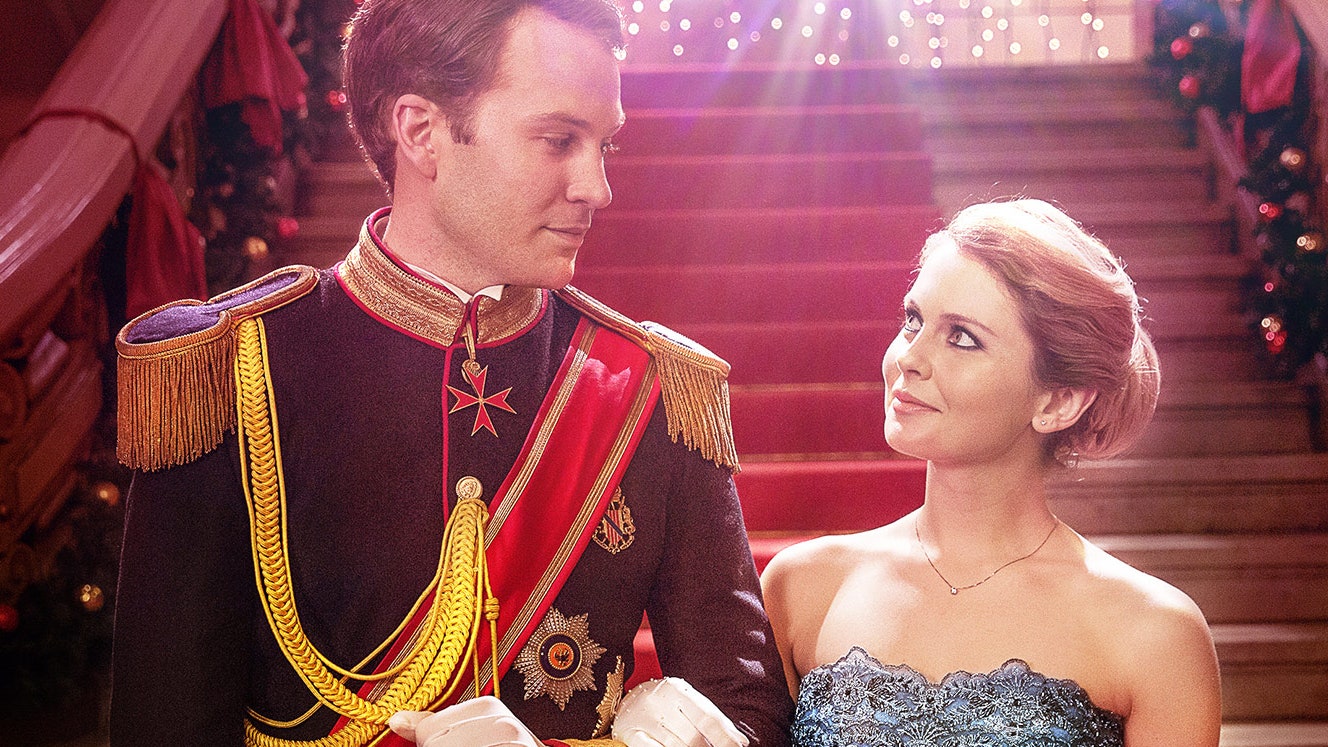 ‘A Castle for Christmas’ is not the first Netflix foray to walk the corridors of a royal court! Director Alex Zamm makes Christmas all the brighter with silly and endearing holiday rom-com ‘A Christmas Prince.’ The story entails journalist Amber, who makes a tour halfway across the world to snoop on a scandalous prince who has eyes on the throne. Meanwhile, she is in for some scandals of her own, although it is nothing she cannot handle. If you want another movie following ‘A Castle for Christmas’ that will take your worries away, this is the movie you should bank on. 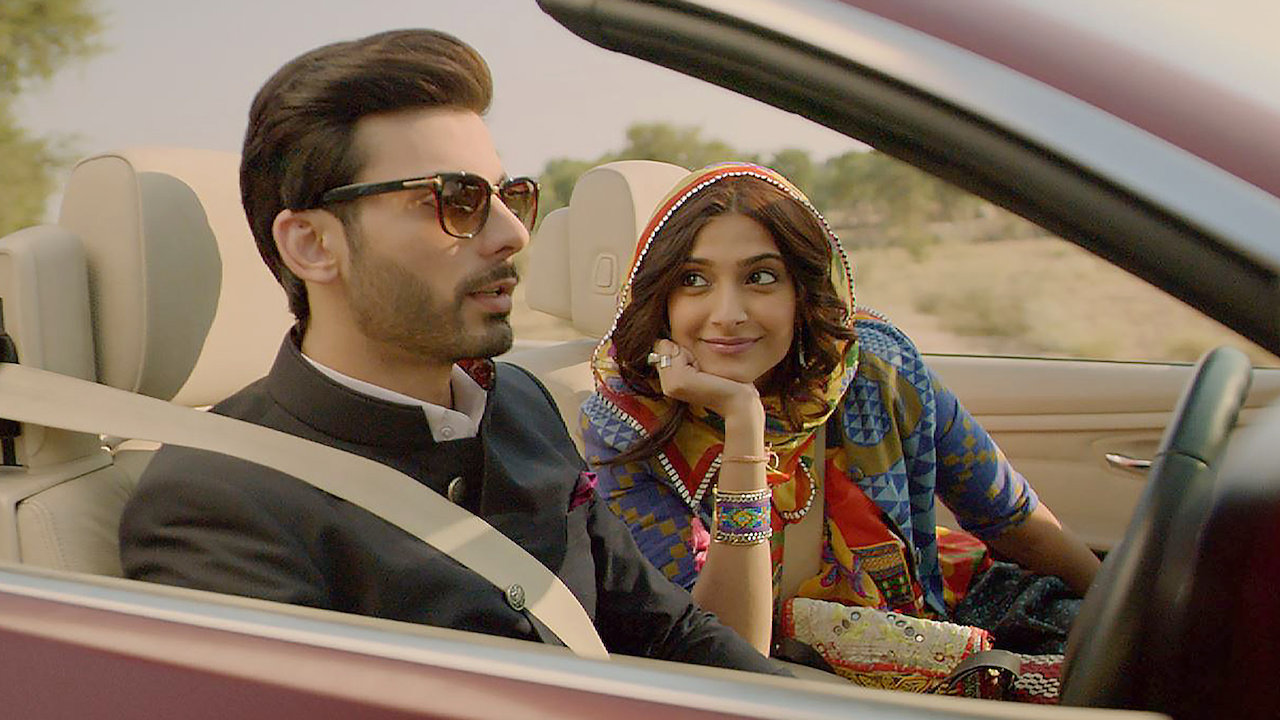 Helmed by Shashanka Ghosh, and a loose remake of the 1980 movie of the same name, ‘Khoobsurat’ is a quirky and feel-good romantic comedy movie that is bound to put a smile on your face. It is a rare Disney India production that shows glistening merit, backed by a royal premise. Mili Chakravarty, a renowned physiotherapist working for a cricket team, has not given marriage a thought, although her mother thinks otherwise.

Mili’s life takes a turn when she is summoned to a regal court of Rajasthan to heal a King. After getting to know about the tragedy that has led to the doom, she takes it upon herself to lighten up the household. If you have loved the reclusive character of Myles in ‘A Castle for Christmas,’ Vikram’s character will win your heart. 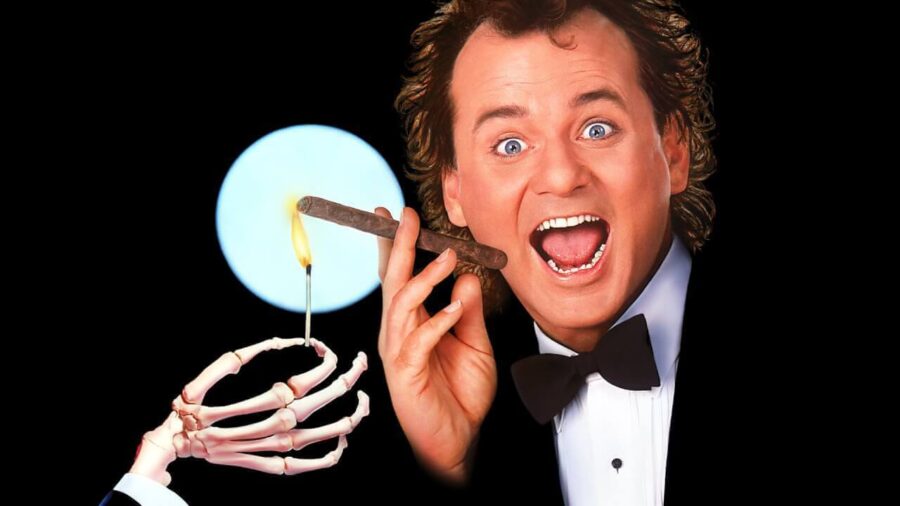 Charles Dickens’s timeless classic ‘A Christmas Carol’ has been adapted for the screen a plethora of times, the earliest surviving one dating back to 1901. With that being said, the story is reinvented time and again, and one of the best examples is Richard Donner’s Christmas comedy movie ‘Scrooged.’ Legendary comedian-actor Bill Murray takes up the role of Frank Cross, a Scrooge-type broadcast television president.

As unenthusiastic as Frank is about Christmas, he overworks his employees for the production of a lavish live adaptation of ‘A Christmas Carol.’ Marley’s ghost is replaced by that of Lew Hayward, but Frank’s reckoning still walks a similar path. The character of Myles in ‘A Castle for Christmas’ is a bit of a Scrooge, and if you want to know what that means, you must visit this timeless classic. 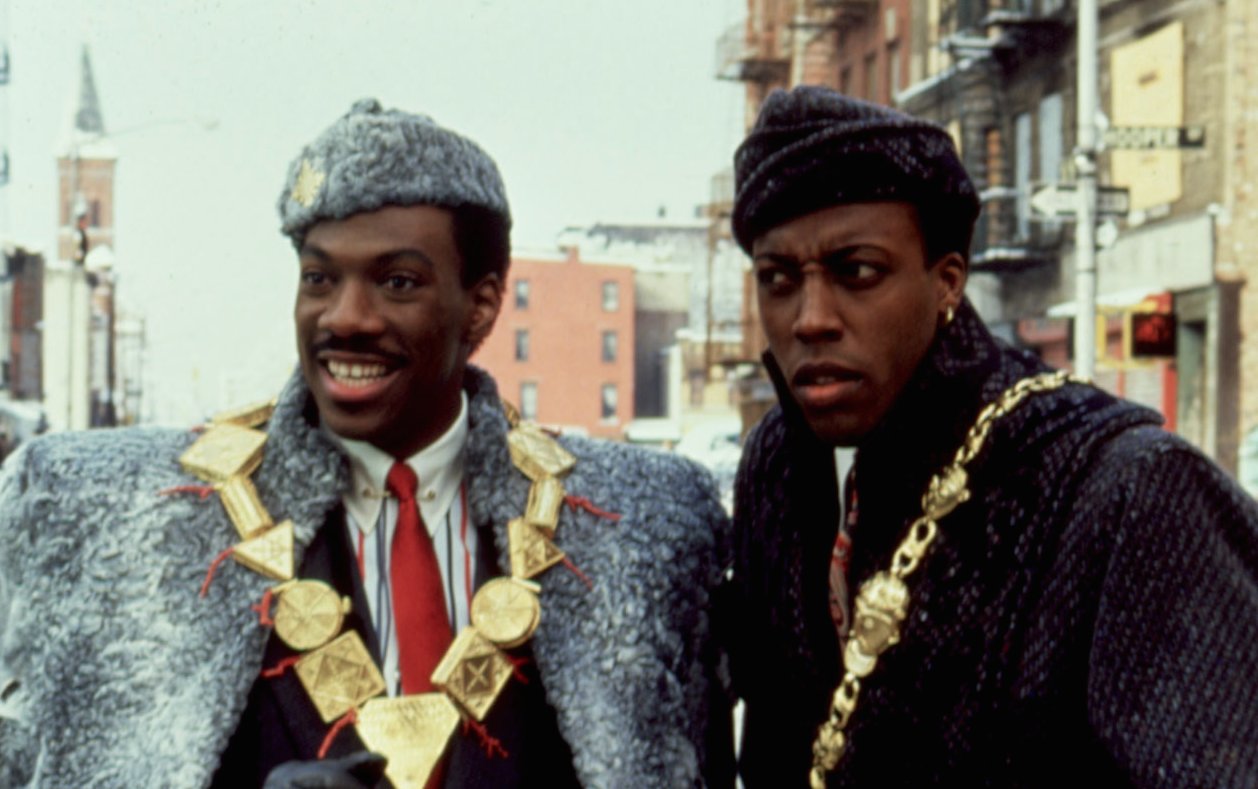 John Landis of ‘The Blues Brothers’ and ‘Michael Jackson’s Thriller’ music video fame gives a charming makeover to an eccentric premise in the funny and subversive winter-themed romantic comedy movie ‘Coming to America.’ African Prince Akeem (none other than Eddie Murphy), 21 and enamored by the West, has to find a woman to marry as per the tradition. He wants to find someone who would love him for his character and not for his royal title.

His search for love lands him across the Atlantic in America, where the prince takes up a job in a fast-food chain and courts Lisa. If you want to see an enterprising prince in contrast to Myles in ‘A Castle for Christmas,’ this is a movie that you should add to your bucket list. 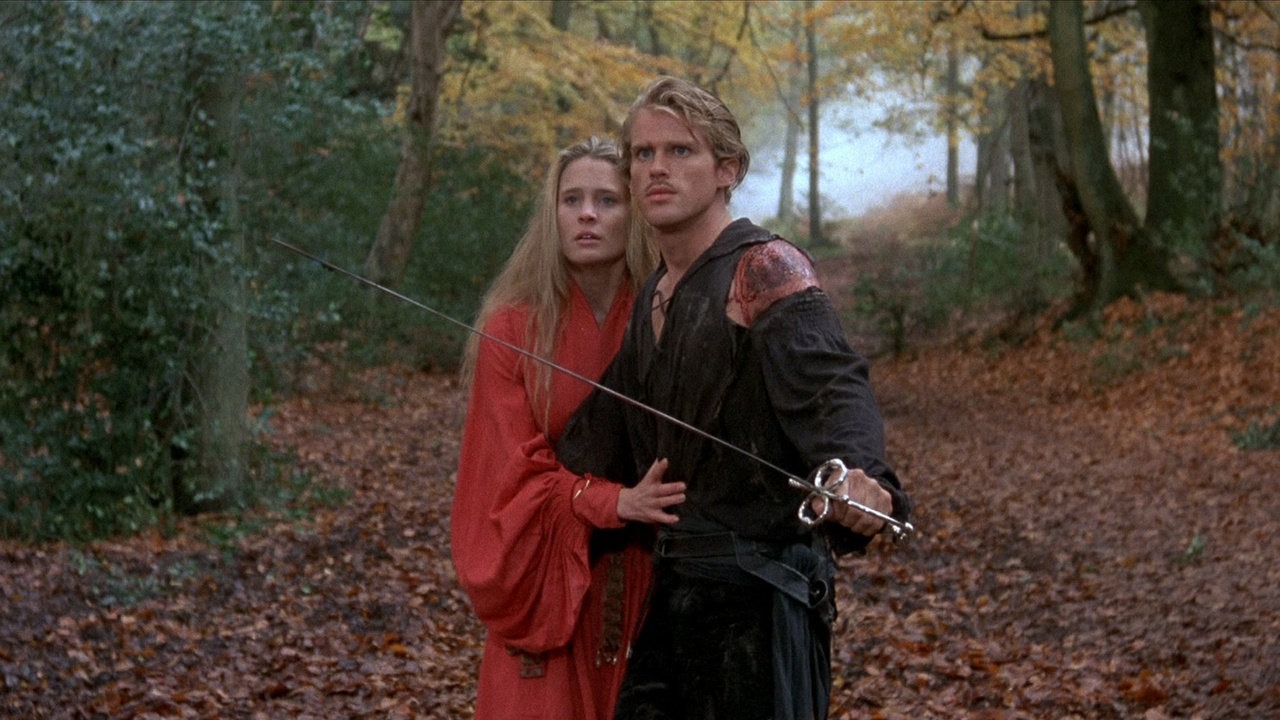 You may not stand romance, but the name of auteur director Rob Reiner should be enough to convince you otherwise. Based on the eponymous novel of William Goldman and helmed by Reiner, ‘The Princess Bride’ is one of the best fairy tales portrayed on the screen outside the universe of Disney. Princess Buttercup of the mythical kingdom of Florin is in love with commoner Westley.

The story takes a southward turn when Westley ventures out in search of a job. Separated on the road, they must defeat the evils in their journey and be reunited to fulfill the promise of the happily ever after. Sprinkled with a fairy tale ambiance, this is one of the best rom-com movies ever made. Cary Elwes, who plays the role of Myles in ‘A Castle for Christmas,’ delivers a commendable performance in the lead role against Robin Wright.