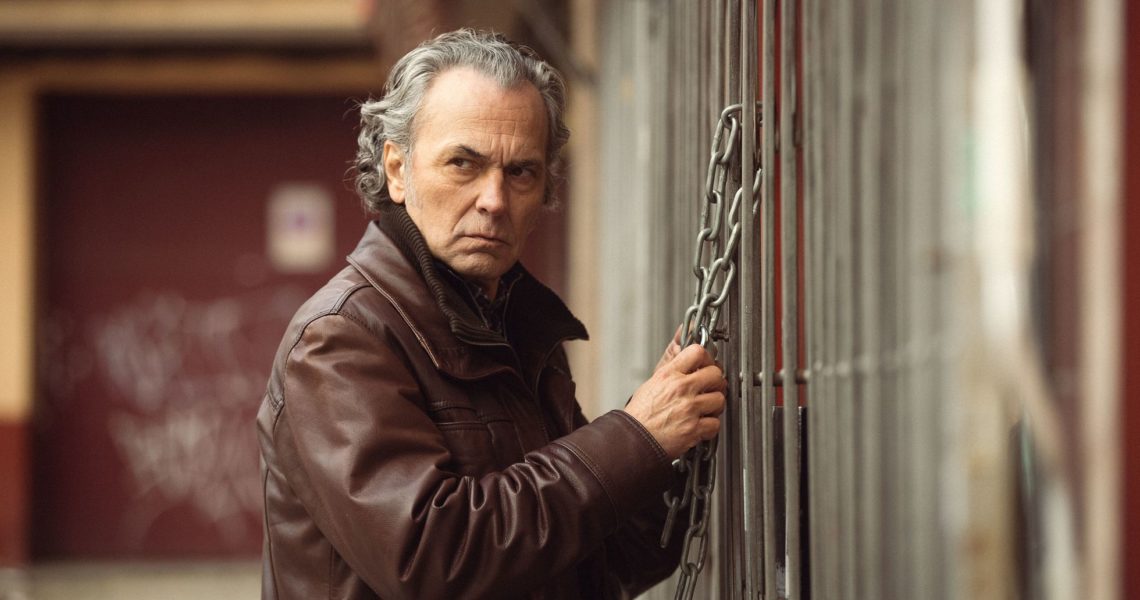 Created by David Bermejo, Netflix’s ‘Wrong Side of the Tracks’ (originally titled ‘Entrevías’) is a Spanish drama series loosely based on the Spanish sitcom ‘La que se avecina.’ The narrative revolves around Tirso Abantos — a war veteran who runs a hardware store. His monotonous and quiet existence is disturbed when his rebellious teenage granddaughter, Irene, enters his life.

When Irene finds herself in the clutches of the neighborhood drug dealers, Tirso joins forces with a corrupt police officer Ezequiel to deal with the criminals. If you have enjoyed watching ‘Wrong Side of the Tracks,’ here are some similar recommendations with action elements you might want to check out. You can watch several of these shows like ‘Wrong Side of the Tracks’ on Netflix, Hulu, or Amazon Prime. 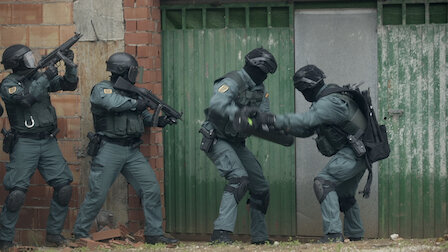 ‘La Línea: Shadow of Narco’ is a Spanish docuseries about a troubled city, a hub for drug trafficking in La Linea. La Linea de la Concepcion is located in the shadow of Gibraltar, a stunning natural formation that provides a dramatic background for the numerous vessels transporting narcotics from Morocco to Europe.

This series follows law enforcement personnel as they struggle to uphold the law. The series focuses on an interesting plotline with classic police chases and investigations to bust the drug dealing hub. ‘La Línea: Shadow of Narco’ and ‘Wrong Side of the Tracks’ share similarities based on the themes of uncovering drug cartels by an outstanding team of law enforcement officers. 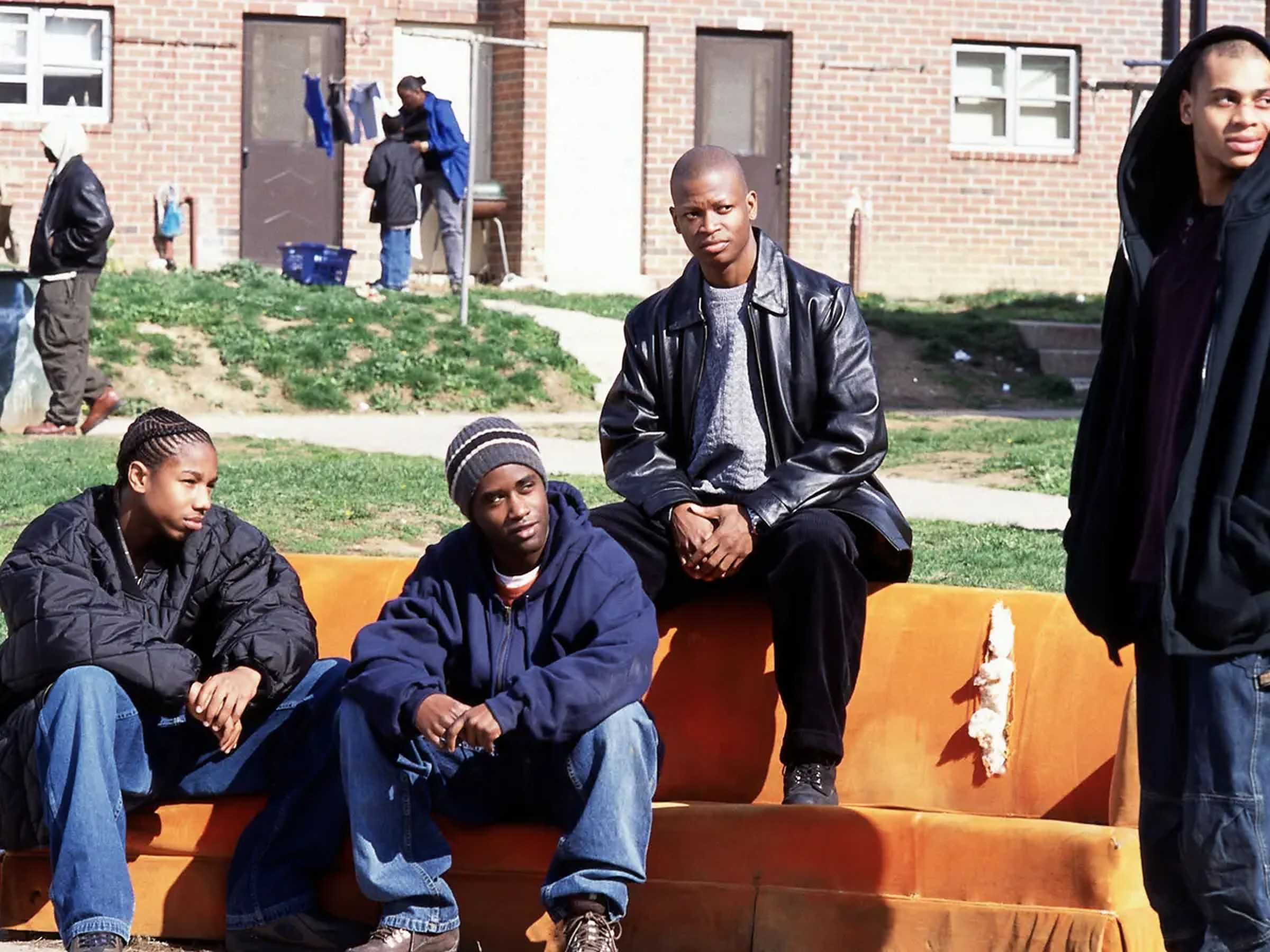 Created by David Simon, ‘The Wire’ is a series based in Baltimore, which follows Detective James McNulty and his team as they try their best to solve crimes and make every effort to close the gap between drug traffickers and law enforcement. ‘The Wire’ highlights the struggles of a post-industrial American metropolis, from the drug-infested neighborhoods of West Baltimore to the corruption at City Hall.

The series depicts a society where straightforward divisions between right and wrong, crime and punishment, and the police and their targets are constantly being tested. ‘The Wire’ and the ‘Wrong Side of the Tracks’ deal with the issue of drug dealers and drug-infested neighborhoods that form the central theme of the series, where law enforcement officers must go beyond their limits to cleanse the communities of drug cartels. 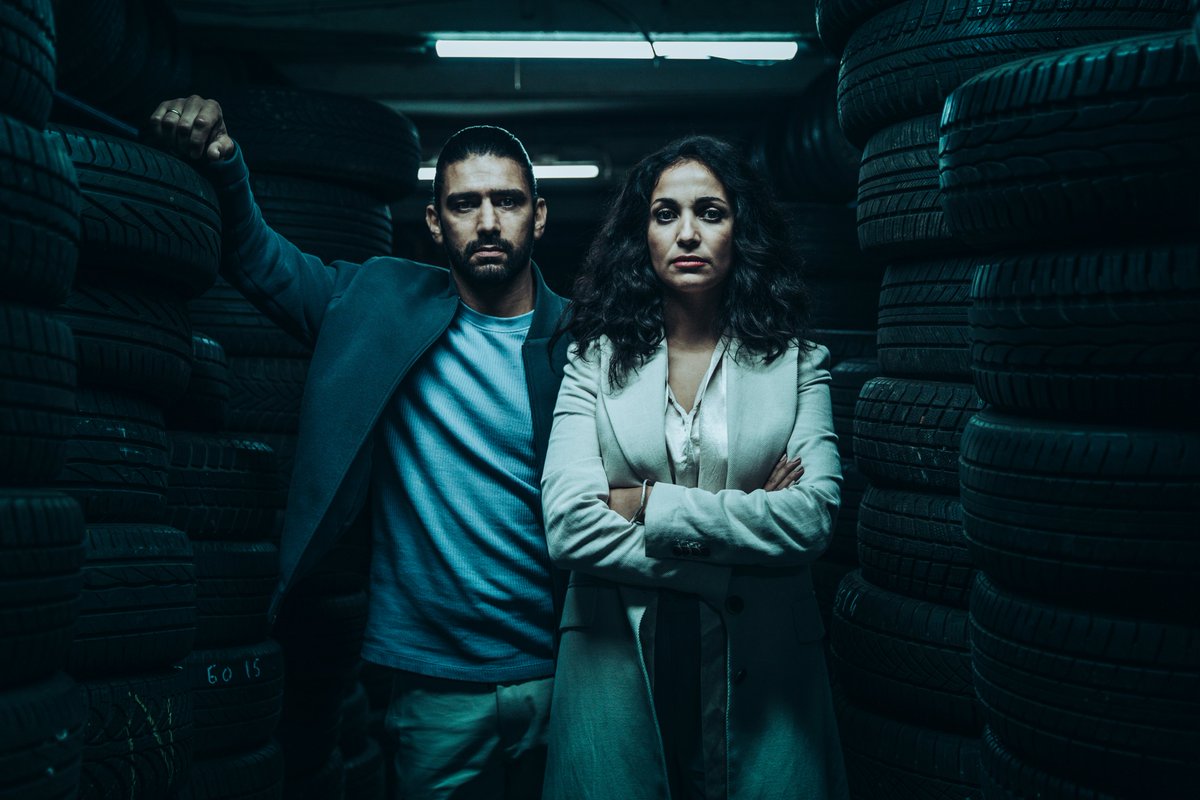 Created by Julien Leclercq and Hamid Hlioua for Netflix, ‘Ganglands’ is an action thriller series that plunges the audience into a warzone where veterans and amateurs collide side by side with formidable mobsters. The story revolves around the dynamic duo Shainez and Liana, who accidentally stumble upon a large quantity of cocaine in a hold-up. This puts them on the radar of the drug mafia in the city, and they are forced to be on the run.

But when a mafia family captures Shainez, Liana must team up with Shainez’s skilled embezzler uncle, Mehdi, to pull off an impossible heist and save her. Much like in ‘Wrong Side of the Tracks,’ ‘Ganglands’ explores the genres of drug mafia and rescue. Tirso and Mehdi share multiple characteristics, including rescuing their loved ones from a dangerous drug cartel. 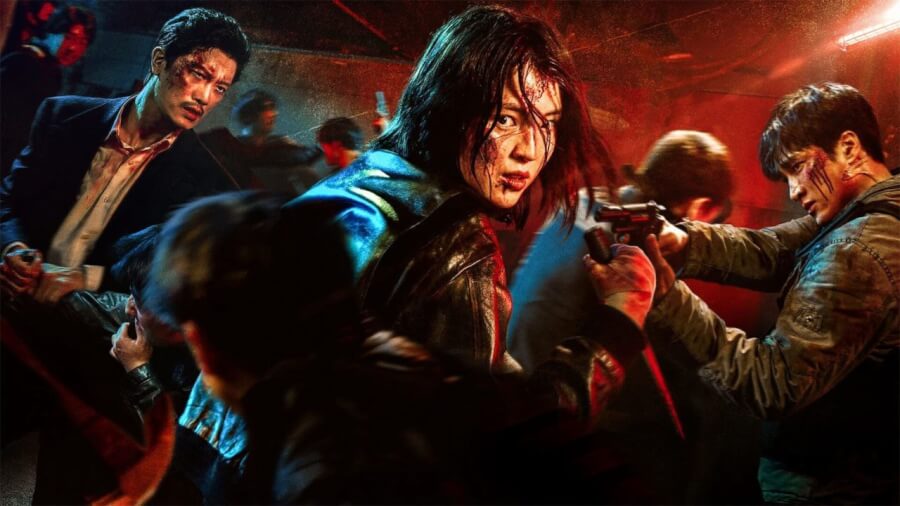 ‘My Name’ is a South Korean crime drama series directed by Kim Jin-min. After seeing her father killed, Yoon Ji-woo (Han So-hee) seeks out the name of the murderer and embarks on a dark road of revenge and retribution. She is well aware that the killer is connected to her father’s work with Dongcheon, the most significant drug trafficking organization in South Korea.

Ji-woo discovers the shocking truth of her father’s passing as she transforms into a murderer herself, blinded by revenge. Apart from both the series sharing themes of investigating with law enforcement officers to overthrow and bust drug rings, ‘My Name’ is an excellent alternative show to binge, which will keep you at the edge of your seats with fantastic, thrilling scenes. 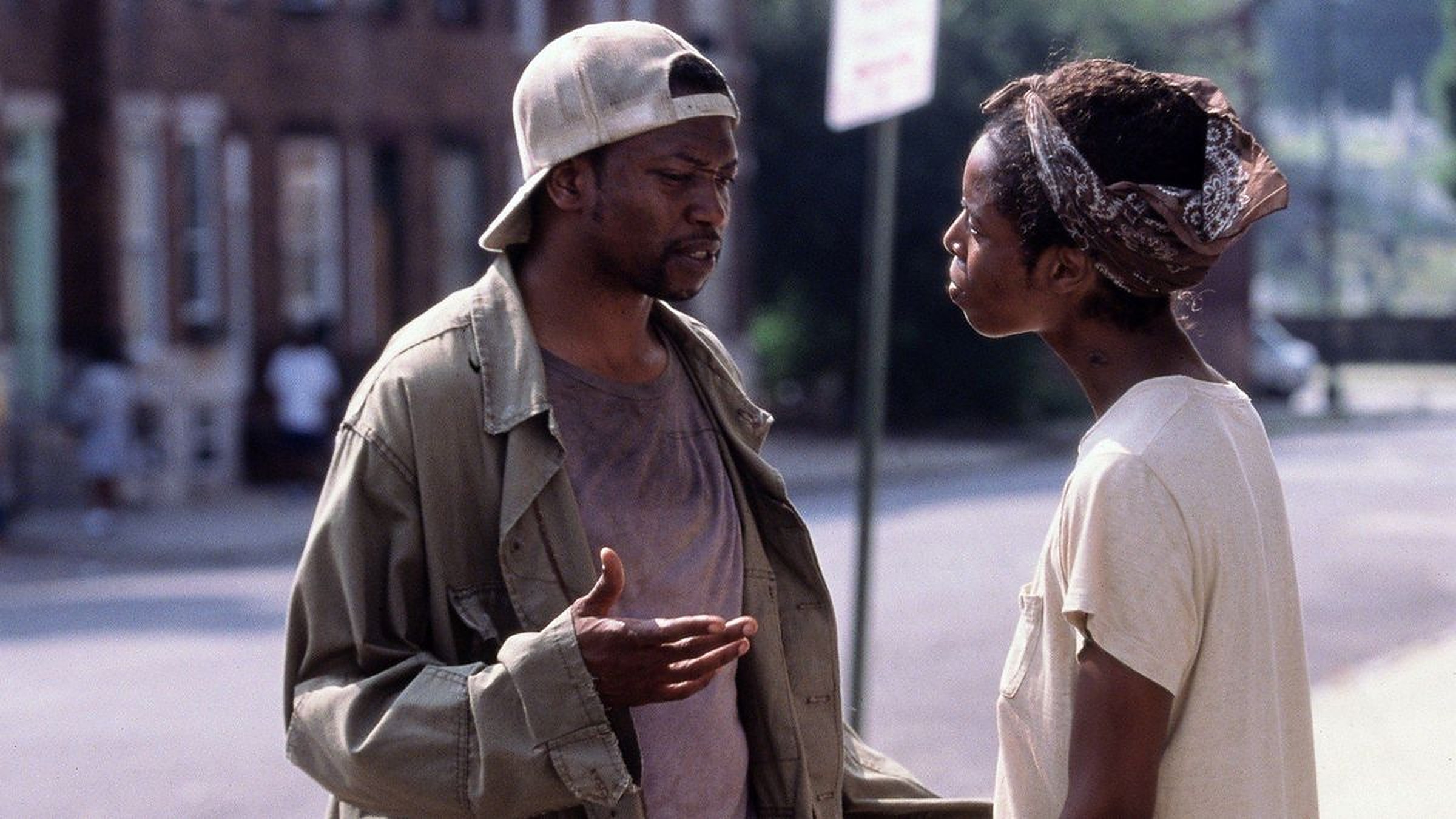 ‘The Corner’ is a crime drama series that follows a family struggling to survive in West Baltimore’s open-air drug markets. North Monroe Street and West Fayette Street intersection is known as “the corner.” Gary, Fran, and their adolescent son DeAndre reside in West Baltimore’s slums. Before Gary and Fran started using drugs, they had a typical suburban family existence. Gary and Fran are currently estranged and living off the grid, doing whatever it takes to feed their addiction.

DeAndre has an opportunity to escape the extreme poverty his parents live in by working hard and remaining in school, but he also has his own issues. He is persuaded to start selling drugs and live on the street corner. The shows share similarities regarding bad neighborhoods infiltrated with drugs and how drug abuse can lead to severe consequences. 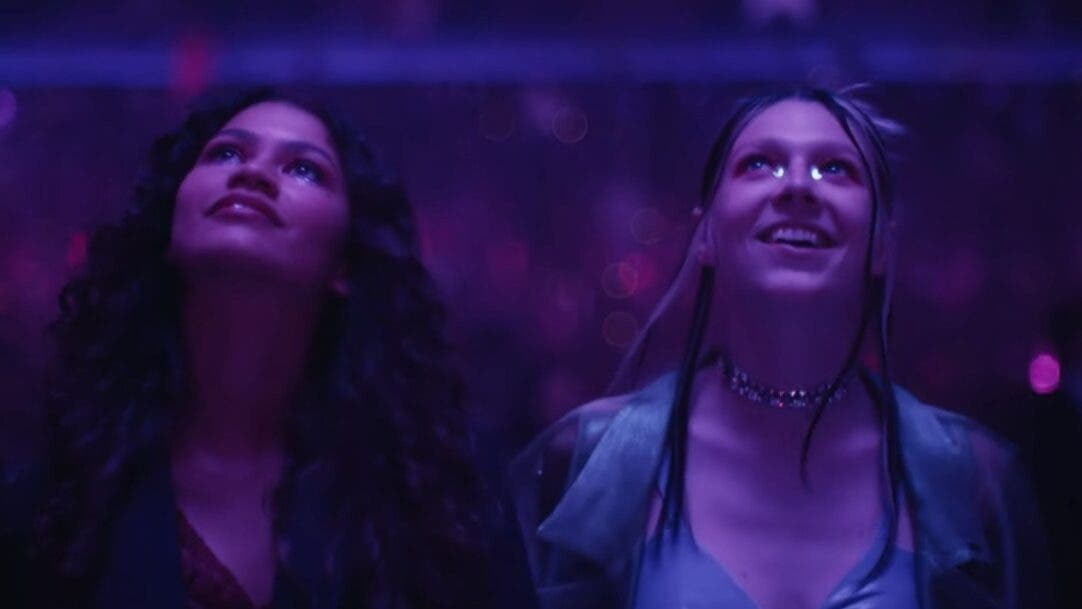 ‘Euphoria‘ is an engaging teen drama series that deals with various sensitive subjects. Its protagonist, Rue Bennett, constantly grapples with anxiety and drug addiction. The avant-garde show is a visually arresting and cutting-edge program. The series, which is brilliantly filmed and centers on a group of kids struggling with adolescent concerns, correctly portrays the devastation that drugs can cause.

Rue’s struggles continue as her addiction spirals out of control and engulf the lives of her loved ones. The themes of realism of drug abuse conducted by rebellious teenagers are similar in both the shows, and the characteristics of Rue and Irene are pretty identical, wherein both the girls get into trouble due to their drug abuse. 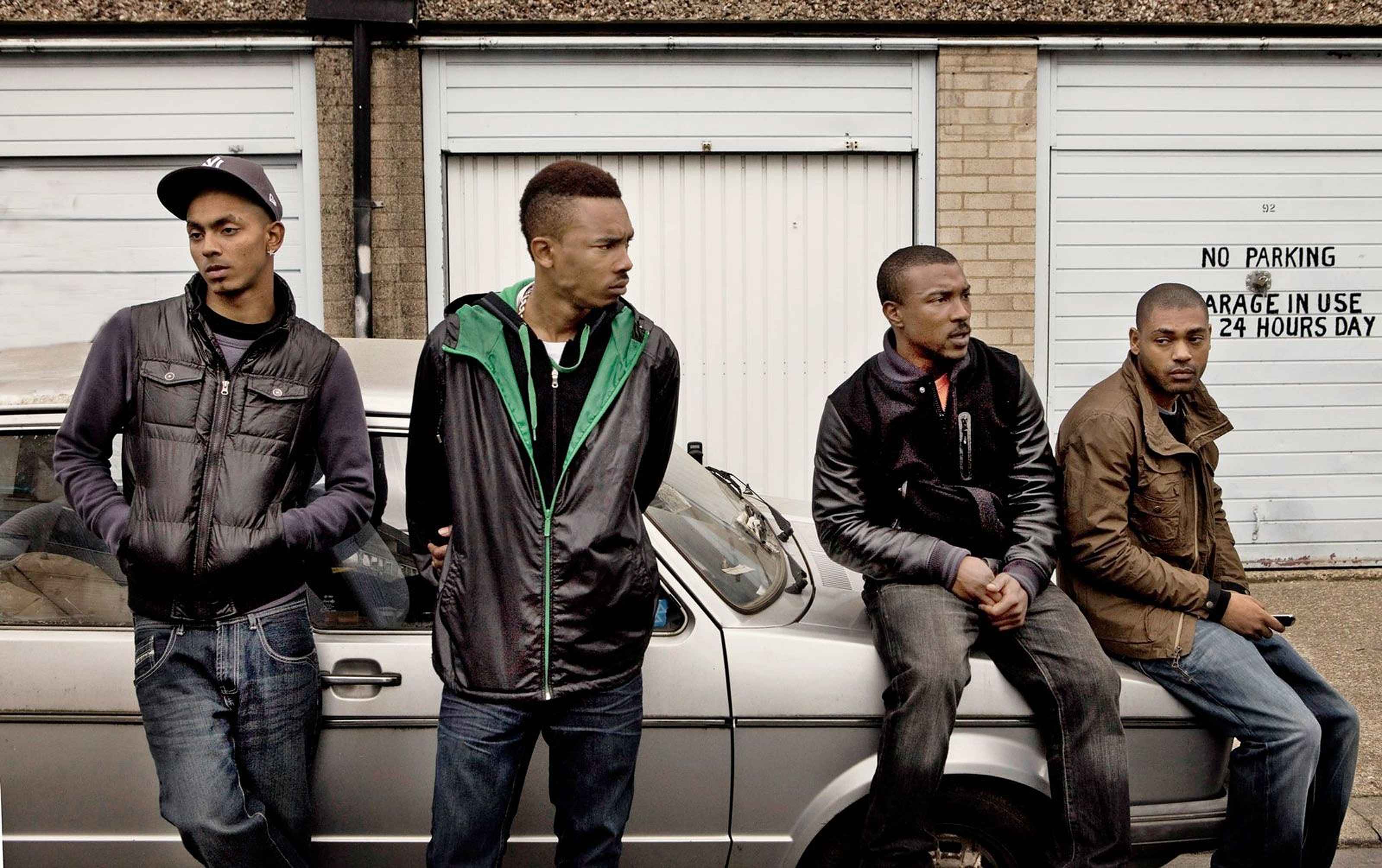 ‘Top Boy‘ is a British crime drama series that revolves around two London friends — Dushane (Ashley Walters) and Sully (Kano) — who run a drug business intending to be the wealthiest guys on the block. Although their business is underground, it is thriving and making them quite a lot of money. However, greed gets the better, and they partner with a don named Bobby Raikes to live wealthier. Soon, things go south as they get involved in the rivalry between the gangs of Raikes and Kamale Robert Lewis and face grave consequences.

‘Top Boy’ is a straightforward tale of two drug traffickers navigating London’s seedy underworld. However, when you go a bit further, ‘Top Boy’ also offers an intriguing sociological commentary on the allure of the drug trade. ‘Top Boy’ also links it to the problems affecting British youth, doing so in a very gritty, direct manner, much like ‘Wrong Side of the Tracks’ that explores the drug abuse problems affecting the youth. 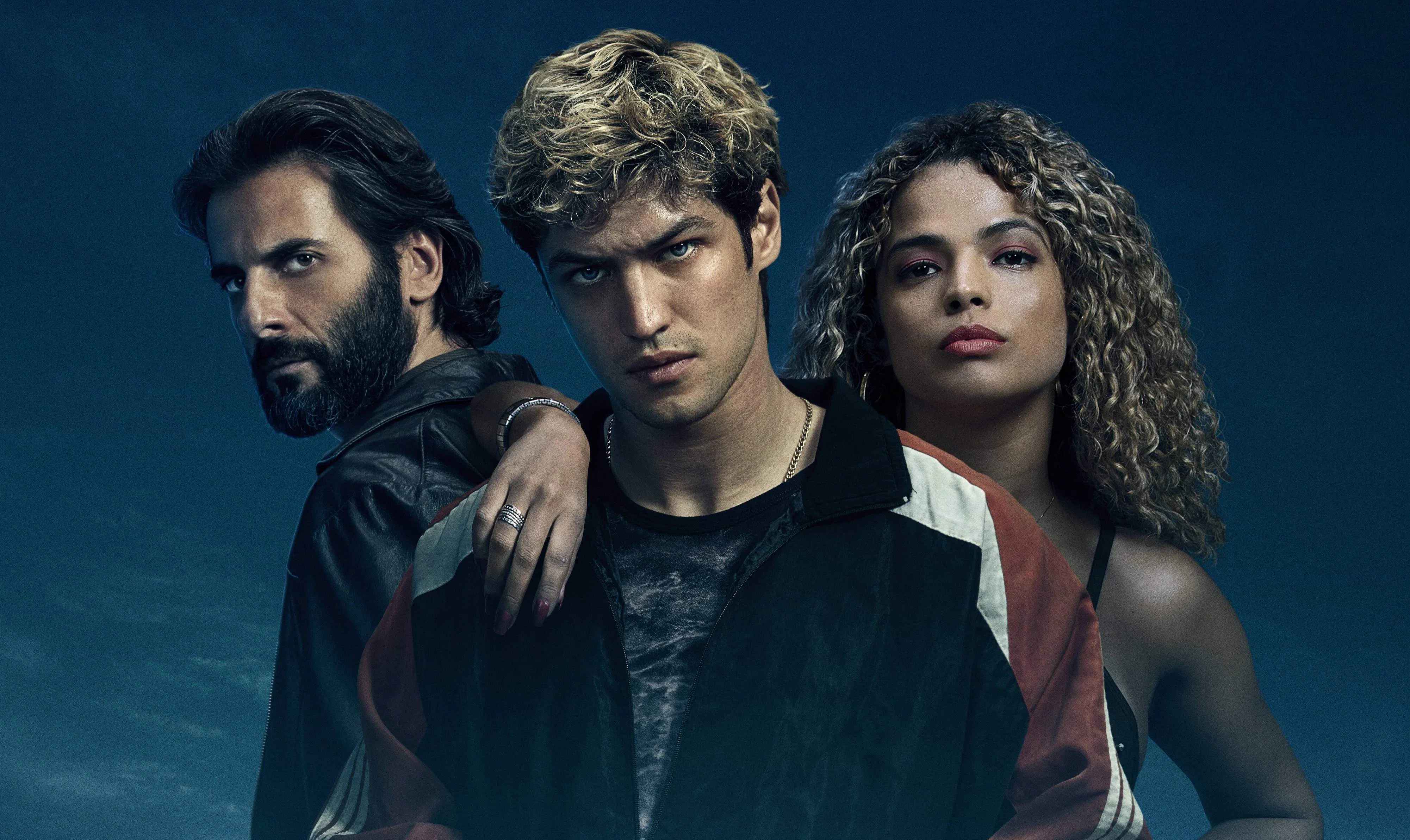 The crime drama series ‘Dom’ tells the tale of Pedro, a charming young man from Rio de Janeiro’s middle class, who discovers cocaine when he’s a teenager and becomes the boss of a gang that dominates the tabloids in Rio in the early 2000s. ‘Dom’ follows Pedro’s father, Victor Dantas, who, as a youngster, uncovers a discovery at the bottom of the sea, reports it to the authorities, and eventually joins the police intelligence department.

‘Dom’ alternates between action, adventure, and drama. The story follows the journey of a father and son who lead quite different lifestyles but frequently reflect and complete one another as they deal with circumstances that blur the borders between good and evil. ‘Dom’ highlights drug abuse among teenagers, and much like ‘ Wrong Side of the Tracks,’ Victor and Tirso attempt to help their loved ones fight against drugs.

Read More: Where is Wrong Side of the Tracks Filmed?