A good detective show has the ability to take us back to our childhood when we often spent lazy weekend afternoons in the company of Sherlock Holmes, Hercule Poirot, the Hardy Boys, or Miss Marple. The audience generally experiences detective shows from the point of view of the detective themselves or one of their close associates. If it’s the former, the audience learns new aspects of a given investigation alongside the detectives themselves. If it’s the latter, it adds another layer of mystery to the narrative.

Since its launch in May 2020, HBO Max has come to be regarded as one of the most prominent streaming platforms in the US and beyond. It has an impressive collection of TV shows which is not limited to original HBO and HBO Max productions. If you are a fan of detective shows, here are some of the best ones you can find on HBO Max. 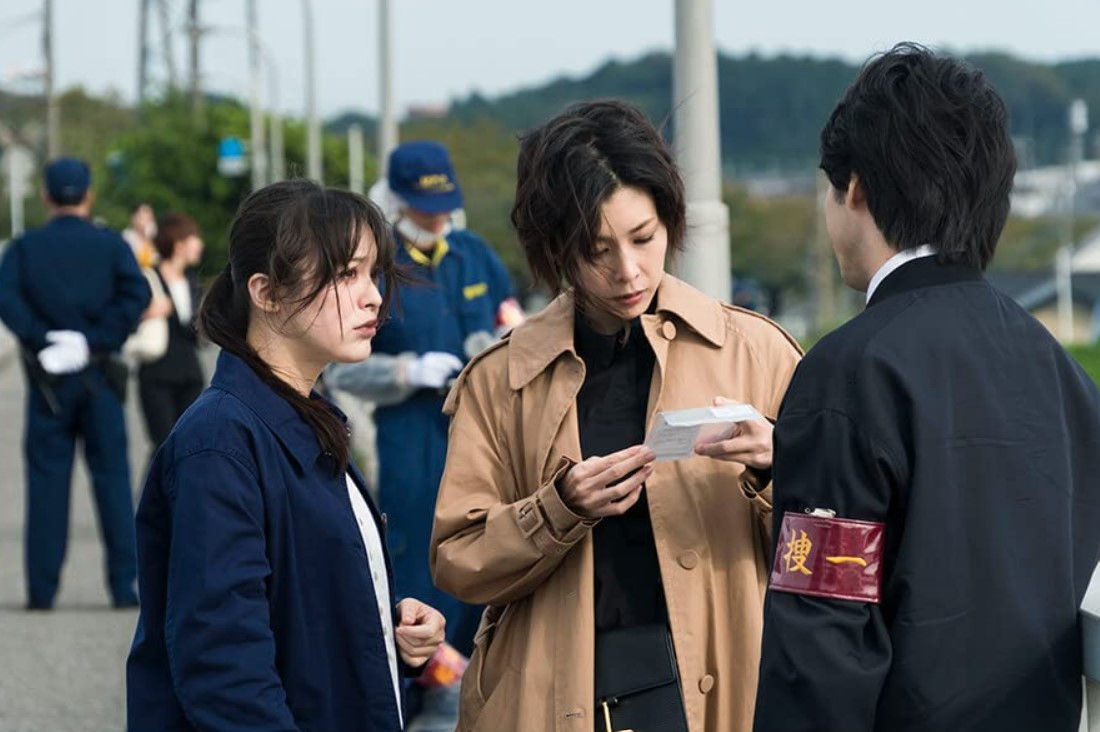 ‘Miss Sherlock’ offers a Japanese take on the immortal character created by Sir Arthur Conan Doyle. Sara “Sherlock” Shelly Futaba is a consulting detective residing in present-day Tokyo. Gifted with remarkable deductive skills, Sherlock often helps out the Metropolitan Police with their investigations. Almost every rendition of Sherlock has a Watson, and this is no exception. Dr. Wato Tachibana has recently come back to Japan after serving as a volunteer medical aid in Syria. She is Sherlock’s flatmate. As Sherlock solves various cases, she becomes aware of a secret organization, Stella Maris, the root cause of most of the crimes Sherlock investigates.

‘Epitafios’ is an Argentine crime thriller series. Although it was reportedly filmed in Buenos Aires, the show doesn’t explicitly mention where it is set. The plot revolves around Renzo Márquez, a former police detective who teams up with psychiatrist and ex-girlfriend Laura Santini to solve a series of murders. They discover that the murders are works of a killer who seeks to replicate previous killings as art pieces. The audience is also introduced to Bruno Costas, who is apparently on the path of vengeance for the deaths of four high-schoolers, killed five years earlier.

Nancy Drew is one of those characters mentioned above, the ones whose exploits you grow up reading. She has been portrayed by Pamela Sue Martin and Tracy Ryan on the small screen and Maggie Lawson in a film. In The CW series we are discussing here, the titular detective is played by Kennedy McMann. As Nancy prepares to leave for college, she finds herself at the center of a murder investigation, this time as a suspect. Having no other choice, she postpones her departure for a year. Like ‘Riverdale,’ another CW series based on classic characters, this rendition of ‘Nancy Drew’ is pulpy and consciously over-the-top.

Quite a few police procedurals have found their way from other networks to HBO Max. What differentiates ‘The Mentalist‘ from the rest is ultimately the main character. Patrick Jane (Simon Baker) used to be a fraudulent psychic medium with a large following. After his wife and daughter are murdered by a serial killer known as Red John, Patrick devotes his life to revenge. He realizes that the most efficient way to find the killer is to utilize the resources of law enforcement, so he begins helping the California Bureau of Investigation (CBI) with their cases.

The Danish-Swedish series ‘The Investigation’ is the dramatization of the death of the Swedish journalist Kim Wall, who was killed in 2017 at age 30. The story unfolds in six grounded and matter-of-fact episodes, primarily focusing on the investigation by the Copenhagen police officials. ‘The Investigation’s approach to the mystery is significantly different from most other thriller series. The killer, whose name is never mentioned, is arrested in the first episode itself. The rest of the show focuses on how the investigators build their case so the perpetrator can be put away for good.

Based on the 1994 namesake novel by Caleb Carr, ‘The Alienist’ takes place in the 1890s New York. The title of the show refers to Dr. Laszlo Kreizler, a criminal psychiatrist. He and his friend, newspaper illustrator John Moore, are contacted by police commissioner Teddy Roosevelt to help the NYPD solve the deaths of several young male prostitutes. Laszlo and John are helped by Roosevelt’s secretary Sara Howard. ‘The Alienist’ is a blend of history and fiction. For instance, Roosevelt was indeed the police commissioner of New York City between 1895 and 1897. 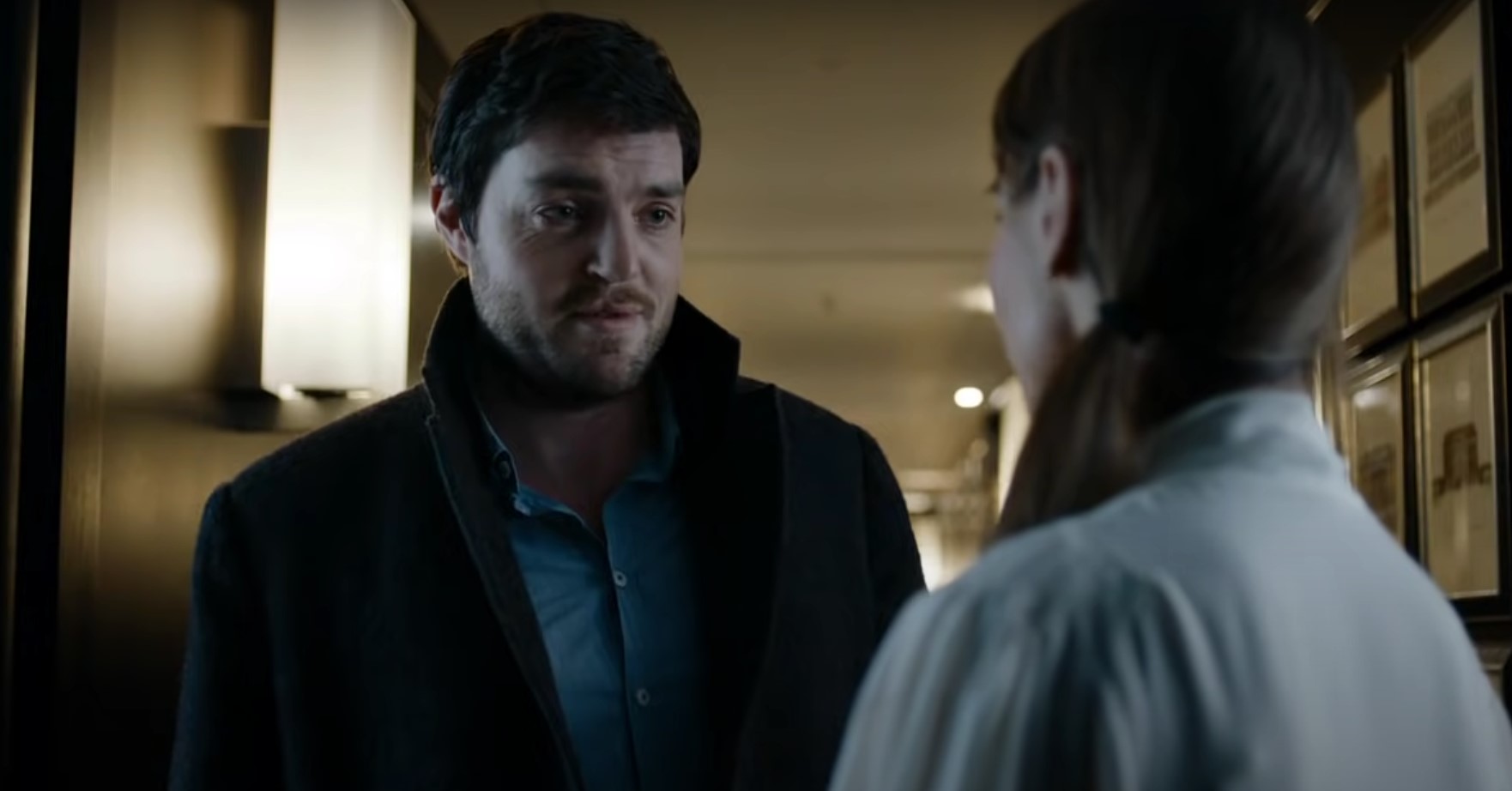 ‘C.B. Strike,’ or simply’ Strike,’ is a detective series based on the ‘Common Strike’ series of novels. J. K. Rowling, the author of the ‘Harry Potter’ series, wrote the ‘Cormoran Strike’ books under the pseudonym, Robert Galbraith. The show revolves around the titular character, Cormoran Blue Strike, a disillusioned war veteran who decides to become a private detective and sets up an office on London’s Denmark Street. He used to be a Special Investigation Branch investigator. Strike utilizes the experiences he accumulated in that role to help the police solve gruesome murders. He is helped by his assistant Robin Ellacott, who later becomes his business partner.

‘The Outsider’ is the TV adaptation of Stephen King’s 2018 novel of the same name. Set in a sleepy town in Georgia, the show begins with the discovery of the corpse of a young boy Frank Peterson. Detective Ralph Anderson investigates the case and deduces that the Little League coach Terry Maitland is a person of interest. As Ralph’s own son was once part of Terry’s team, Ralph feels personally responsible to bring him to justice. Ralph publicly arrests Terry and builds a strong case against him. However, Terry’s lawyer Howard Salomon gets involved and collects evidence that directly contradicts Ralph’s findings. Meanwhile, the Peterson family rapidly falls apart following Frank’s death, and Glory, Terry’s wife, discovers that their family has become the town pariah.

In ‘Sharp Objects,’ investigative journalist Camille Preaker (Amy Adams) struggles to deal with her past. She is an alcoholic and has spent most of her life self-harming. As the series begins, she gets out of a psychiatric hospital. Following the murders of two young girls in her hometown, Wind Gap, Missouri, Camille’s editor sends her back to investigate. As Camille returns to Wind Gap, she remembers her life there with her controlling mother Adora and half-sister Amma.

Very few thriller series had as big of an impact on 20th-century pop culture as ‘True Detective.’ It’s an anthology crime drama with each season focusing on different cases and revolving around different sets of characters. The first season is split into two timelines. In 1995, Detectives Rustin “Rust” Cohle (Matthew McConaughey) and Martin “Marty” Hart (Woody Harrelson) investigate the murder of Dora Lange, a 20-something prostitute whose body is found as if it was purposefully placed against a tree. She has deer antlers on her head and twig latticeworks that look similar to Cajun bird traps around her body. In 2012, Rust and Marty are forced to revisit the case from 1995 after someone is killed in the exact same manner as Lange.