10 Best Nonlinear Movies Ever Made 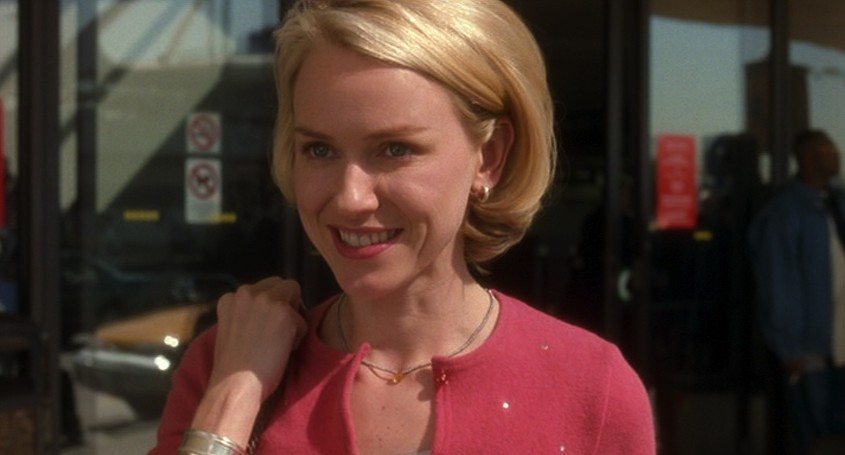 Narrative in cinema is not defined; it can take any form or shape. In ways more than one, it is a tool that directors use for better story-telling. Not to mention, a non-linear narrative keeps audiences hooked till the last moment. Some filmmakers like Quentin Tarantino, Christopher Nolan and David Lynch have utilized nonlinear narratives better than others. Below, I list down the films that have nonlinear plot definitions in their story structure. Basically, when you think of the word “nonlinear”, these are the films that first come to mind. Here is the list of top nonlinear movies ever made. You can watch several of these best nonlinear movies on Netflix, Hulu, or Amazon Prime. 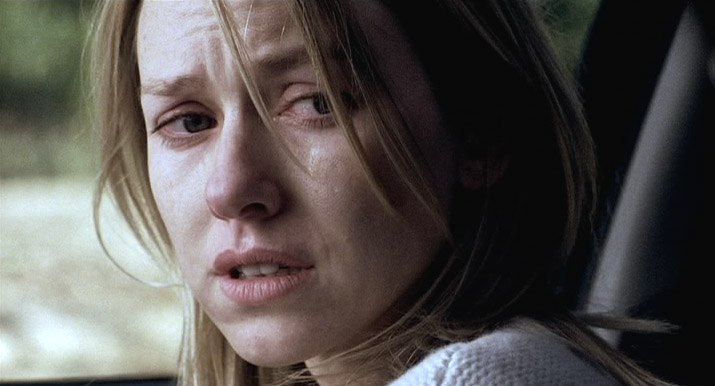 Well, here is a film that completely throws any form of story linearity out of the window to the point that it irked many audiences when the film was released back in 2003. It is a film that — with the help of some genius editing — follows a jumbled narrative that only begins to make sense once you are at least three-fourths into the film. I’m not even sure that the film would have been as effective if it was told in a linear fashion. Irrespective of whether you love the film or not, you have to give Alejandro González Iñárritu (two-time Best Director Oscar winner) full marks on originality and boldness.

Again, a film that usually invokes wildly opposite reactions from its audiences. Either you are going to love the film or hate it. As the name suggests, it is a rare film that actually tells the story in the reverse direction, that is, you watch the ending first and the beginning at last. The film itself is very disturbing to watch, but at the same time I think it has a clear message in it. A simultaneously beautiful and terrible examination of the destructive nature of cause and effect of how cruel time can be, ‘Irreversible’ is, in my opinion, one of the finest movies of the 21st century. 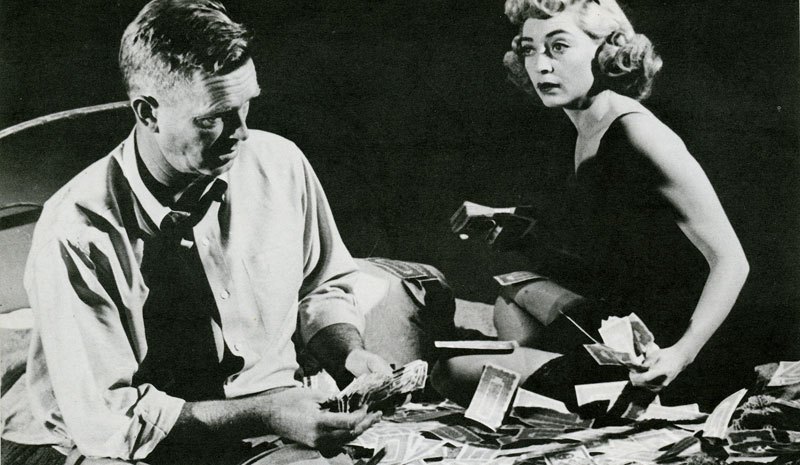 ‘The Killing’ was the film that established Stanley Kubrick in the industry as major director even though it was a commercial failure. Focusing on a man’s attempt to a high-profile robbery from the money-counting room of a racetrack, it’s thrilling, disturbing and imaginative, especially its story structure. It is one of the first films to play around with nonlinear narrative and doing it very successfully. It is also a stellar showcase for Kubrick’s impeccable art of staging. 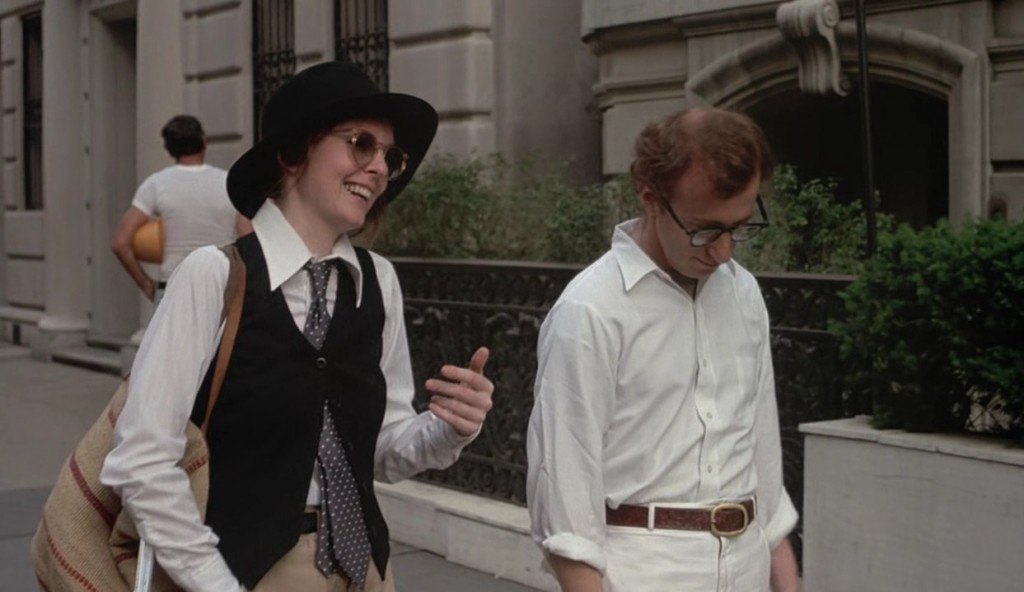 One of the very few films where the nonlinearity of story actually makes it funnier. ‘Annie Hall’ revolutionized the love story with added rules to the typical story of boy meets girl and falls in love. It is more like boy meets the girl, falls in love, boy loses the girl, boy gets the girl back, and then boy loses the girl forever. The whole structure of the story makes it real, bittersweet, and very funny. Easily, one of the best films of the 70s and arguably the greatest Woody Allen movie of all time. 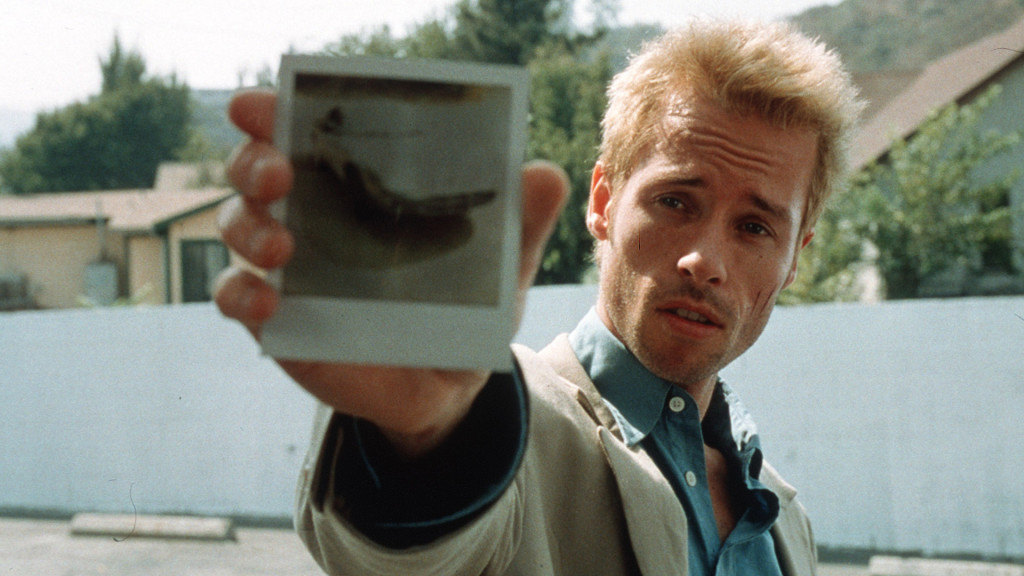 Armed with an exceptional screenplay developed along with his brother Jonathan, Christopher Nolan does something that has never been attempted in cinema before: he tells the story in reverse chronology with multiple narratives. The deliberate lack of a straightforward narrative structure makes this a thrilling, edge-of-the-seat cinematic ride, which will leave you gasping at the end. 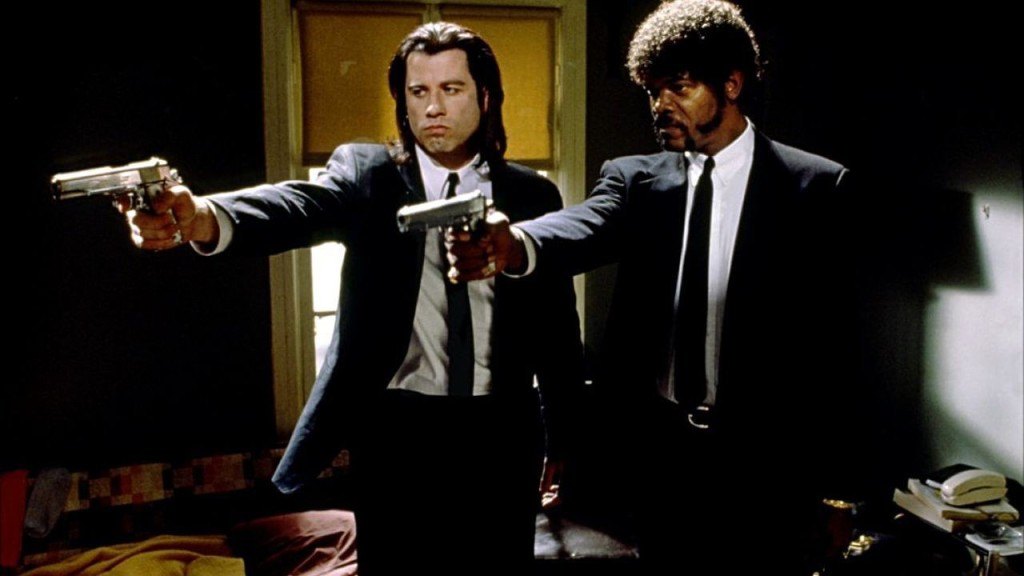 The film that firmly established Quentin Tarantino as the lord of cinematic violence. Narrated in a nonlinear format, the film requires multiple viewing to comprehend its basic theme. A robust crime drama with distinct dark comedic elements, ‘Pulp Fiction’ is a clear example of a film that benefits from nonlinear story-telling. The casual morbidity, irony, satirical references and allusions to contemporary popular culture. 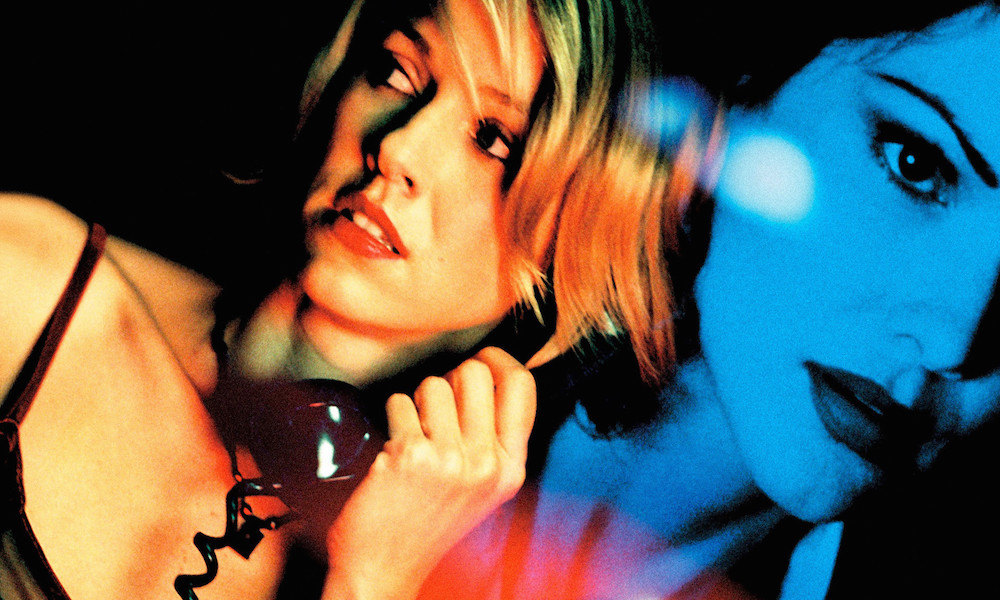 A film that is discussed even today, around 15 years after its release, ‘Mulholland Drive’, quite simply, offers the greatest cinematic mystery of all time. David Lynch’s best work till date, ‘Mulholland Dr.’ lingers, fascinates and feels like a hypnotic narration of an extended mood opera. It is one of those films which hugely benefits from multiple viewings when the underlying themes of identity, delusion and the nature of fame become all the more apparent.

3. Eternal Sunshine of the Spotless Mind 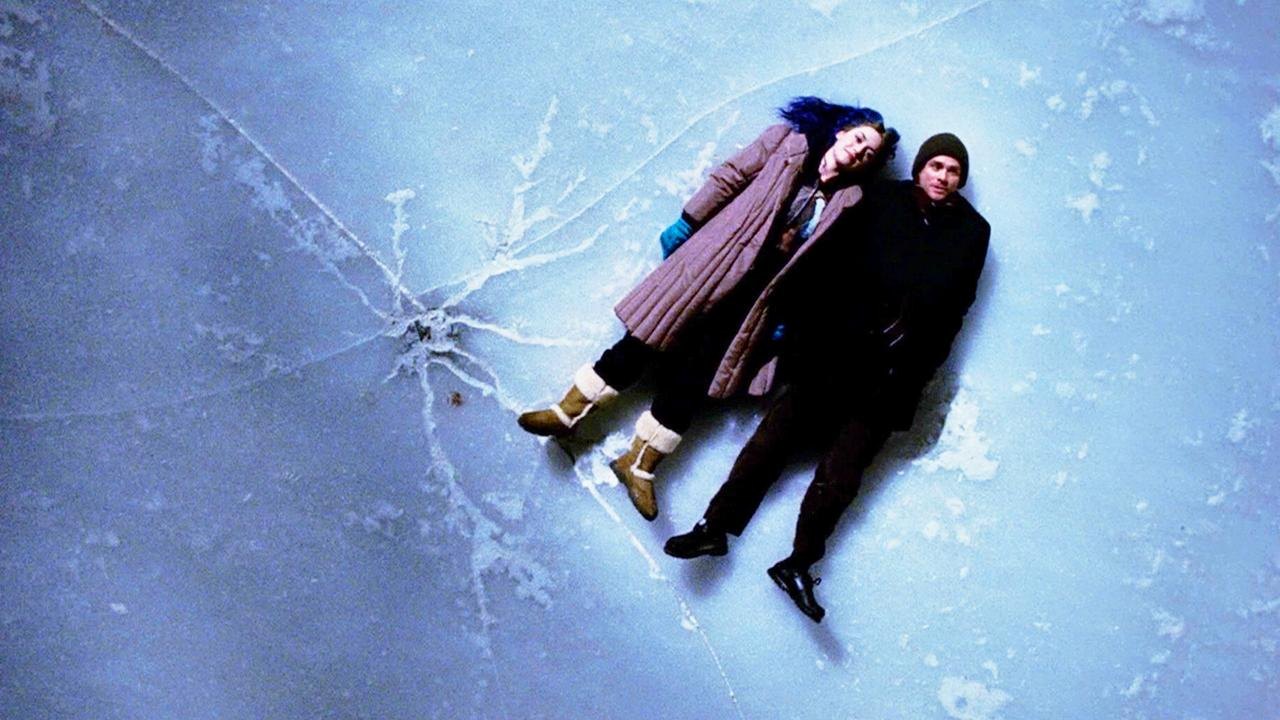 The dizzying, surreal epiphany of love and heartbreak has never been explored in the manner and to the degree of success with which this film does. The biggest joy of re-watching ‘Eternal Sunshine of the Spotless Mind’ is that there is always something new to be found and discovered. And that’s been only possible due to its smartly assembled storytelling style. For example, if you pay attention, the color of Kate Winslet‘s hair is clue to the part of the story you are watching. 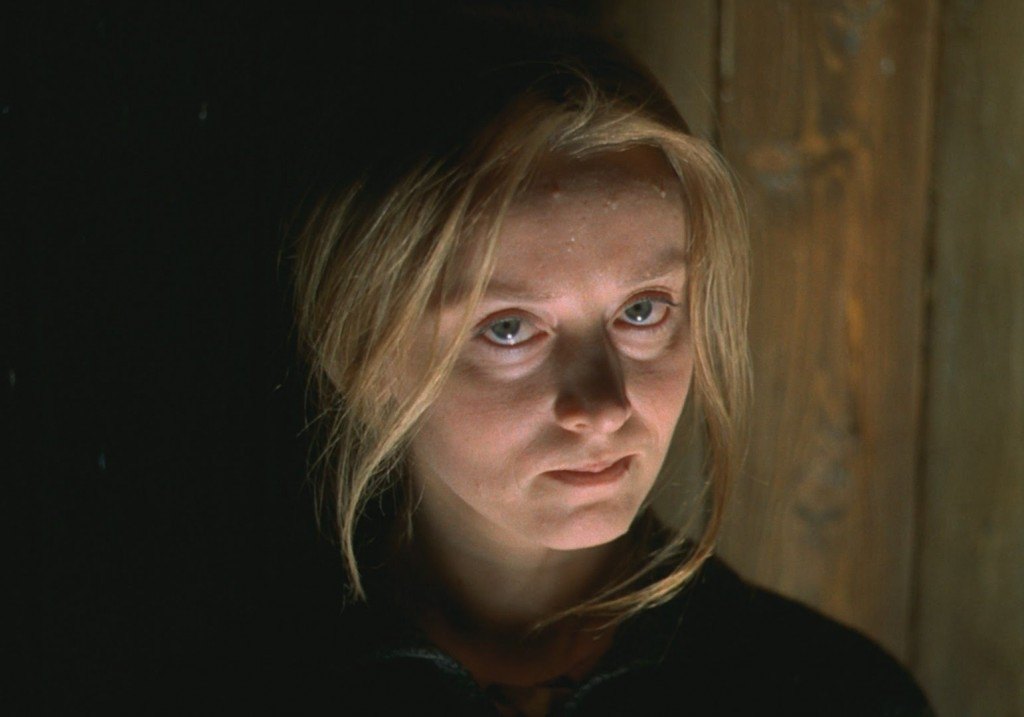 Roughly autobiographical in nature, ‘The Mirror’ is a moving tale of the various emotions punctuating the consciousness of a forty-something dying poet. The film, arguably Andrei Tarkovsky’s best work, makes a sublime effort at redrawing the memories of a person. The movie is also considered to be an excellent commentary on the then existing Soviet society and politics. Known for its non-linear structure and unique cinematography, ‘The Mirror’ still remains one of the most intriguing pieces of cinematic art.

Charles Foster Kane is dead; alone and lonely in his extravagant private palace Xanadu. The last word he uttered was “rosebud”. What is rosebud? Is it a woman? Or a memory? A newsreel journalist is assigned to find out, in an attempt to have a portrayal of the man behind the name. And through his investigations and interviews of friends and family, a portrait is painted of a man from his humble beginnings as the young son of a boarder to one of the most powerful persons on the planet. Using techniques of flashback and multiple narratives, ‘Citizen Kane’ manages to tell the story of a man who had everything but still had nothing. In one word: “masterpiece”.