14 Best Cartoon Villains of All Time 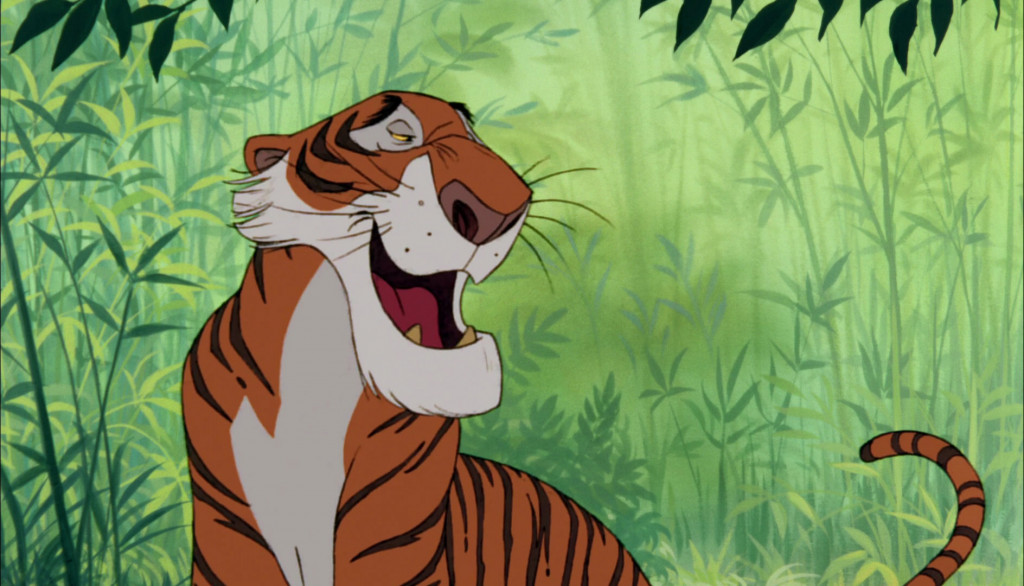 Cartoons are what make our childhood dreamy and full of miracles. They are also instrumental in subtly but surely teaching us about the realities of life when our age and mind is the most impressionable. The ability to differentiate right from wrong and understanding what makes a person evil comes from everything we see even if it is a silly animated series. Today we list down the most evil cartoon villains who have not only made it impossible for our favourite cartoon characters to live peacefully but also taught us a thing or two about perseverance and relentlessness. With that said, here’s the list of best cartoon bad guys ever. 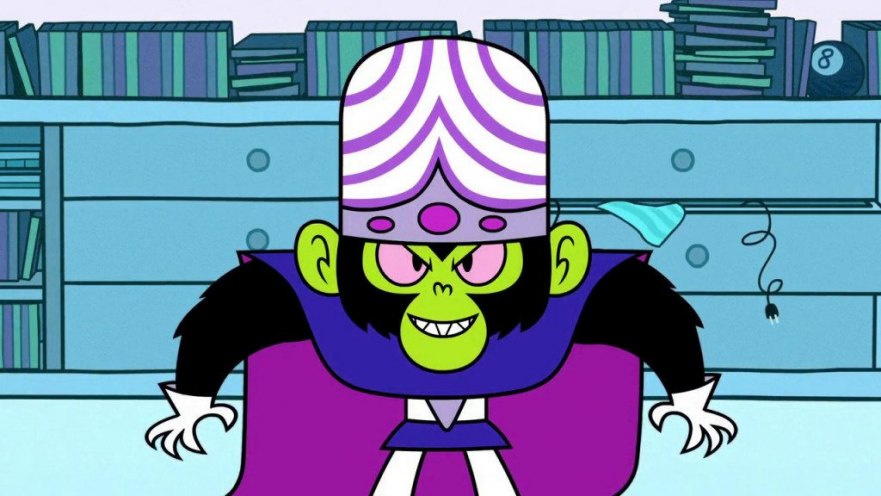 Don’t go on this cute and cuddly monkey’s looks. A cartoon supervillain from the animated series Powerpuff Girls, Mojo Jojo is as deadly as they get. Well as deadly you can get in front of three kindergarten girls. Trying to take over the world while fighting three little girls, this brainiac monkey is one of the most entertaining villains you’ll ever encounter. 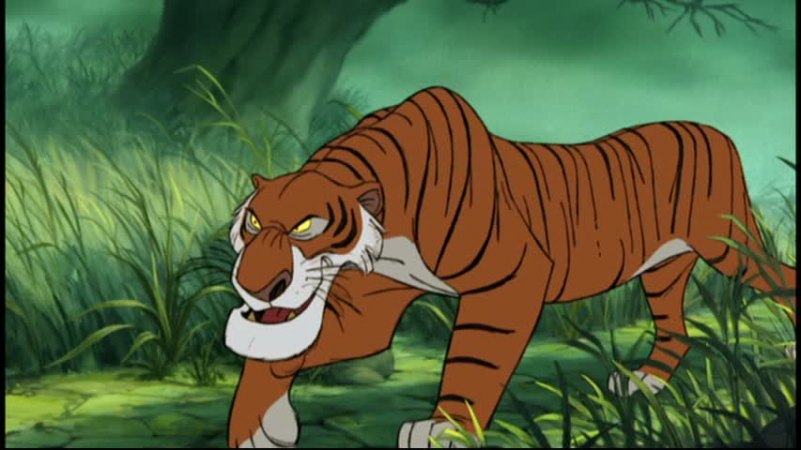 Prowling in the fictional jungle of Rudyard Kipling, Shere Khan is a character known to generations thanks to the animated adaptation of the Jungle Book. Regarding himself as the rightful king of the jungle, Shere Khan has numerous times killed animals who have tried to come in his way. Also because Mowgli escaped from his clutches when he was an infant Shere Khan promised to kill him when the time comes. This created animosity between the proud tiger and the man-cub, which ultimately lead to a dark phase in the happy go lucky children story. Shere Khan might not be the worst of villains, but he is certainly memorable. 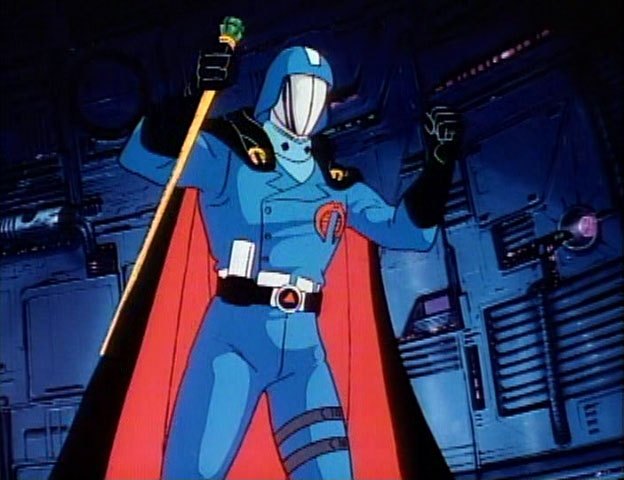 Cobra Commander is the leader of the global terrorist organisation Cobra and the antagonist of G.I. Joes. The main villain of the G.I. Joe animated series, Cobra Commander, is a ruthless leader. He doesn’t accept inefficiencies, and like a true king, doesn’t like to get his hands dirty. The Commander uses his minions and expert assassins like Storm Shadow, Firefly, and Destro to kill, maim, and torture people on his behalf so that his dream of ruling the world can be fulfilled. Cobra Commander has many times made the lives of G.I. Joes difficult and as such is a memorable character. 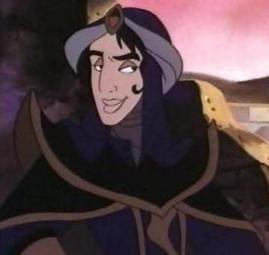 From Disney’s Aladdin, the king of the black sand is here. Mozenrath is an ambitious magician who is well versed with the dark arts and uses his magical glove to make the lives of Aladdin and friends difficult. The strength of Mozenrath’s character lies in the fact that he’s the smartest opponent of Aladdin and the power he possesses makes him one of the most dangerous ones too. All hail the future king of the seven deserts. 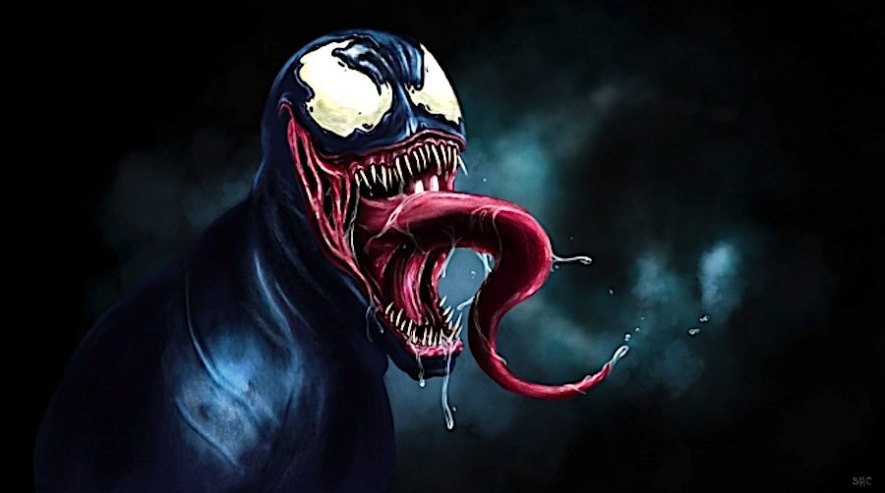 Your brother from another planet, Venom is two villains in one body. When Eddie Brock a frenemy of Spider-Man and Peter Parker hit rock bottom, he accidentally stumbled upon an alien being called the Symbiote. Enhancing his power and feeding off his anger on Spider-Man, Symbiote united with Eddie. The two villains became one body one brain and started calling themselves Venom. The dual personality of Venom makes him a formidable foe to his wall crawler friend. 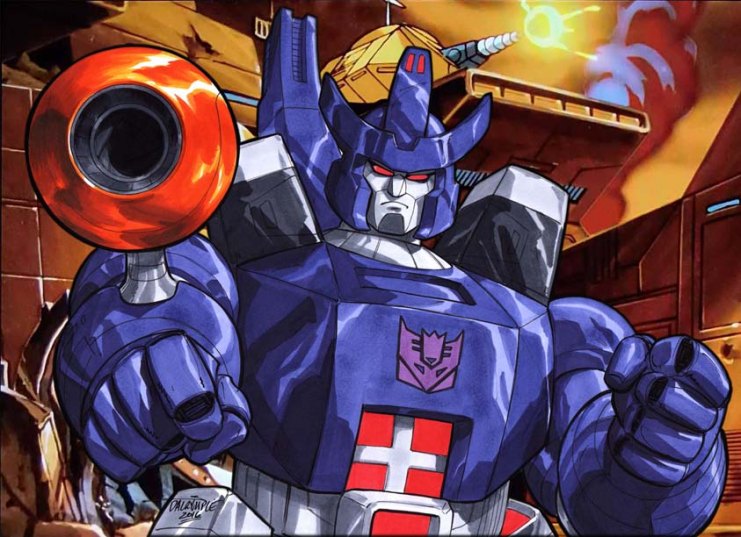 The leader of Decepticons and the most feared enemy of the Autobots this is Megatron. Part of the Transformers franchise, Megatron has long been making the lives of the good guys Autobots difficult with his constant scheming and attacks. His goal in life is to eliminate all life from Earth and kill Autobots so that the Decepticons rule unopposed on Earth. Although his plans have been thwarted every time by Optimus Prime throughout the years, Megatron has long been hailed as one of the most memorable cartoon villains. 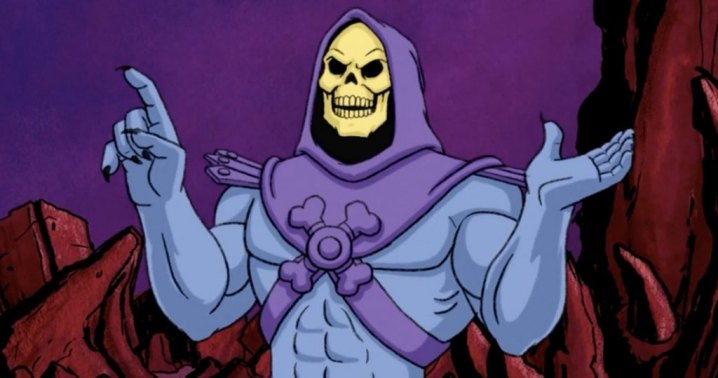 From the world of He-Man and the Masters of the Universe, this is Skeletor. With unlimited black powers at his disposal and only a floating skull in place of a face, Skeletor is one of the scariest and most evil supervillains. Utilizing his minions to attack He-Man and his friends in an effort to conquer Eternia for himself, Skeletor keeps himself pretty busy. His evilness is displayed by the fact that even though his minions do everything he commands he never appreciates their efforts and pins every loss of his on their backs. God, what a melancholy skeleton. 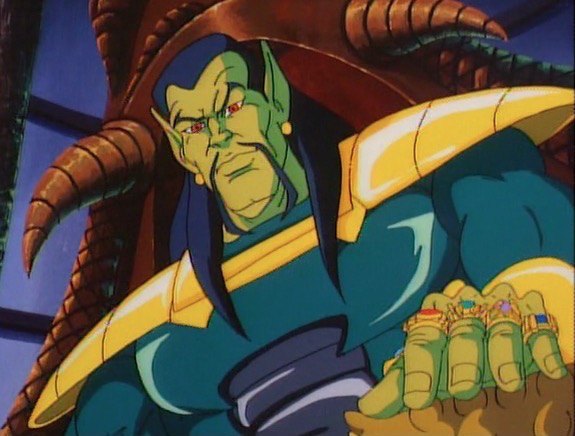 The archenemy of Iron Man, Mandarin has been a significant antagonist in Iron Man’s cartoon series. Using his minions and the dragon Fin Fang Foom to do his bidding, he has proved to be a master schemer and a worthy opponent of not only Iron Man but the Avengers too. Mandarin fashions ten rings on each of his fingers which give him powers all the way from energy manipulation to matter disintegration. Let’s just say you don’t want to be on the wrong side of Mandarin. 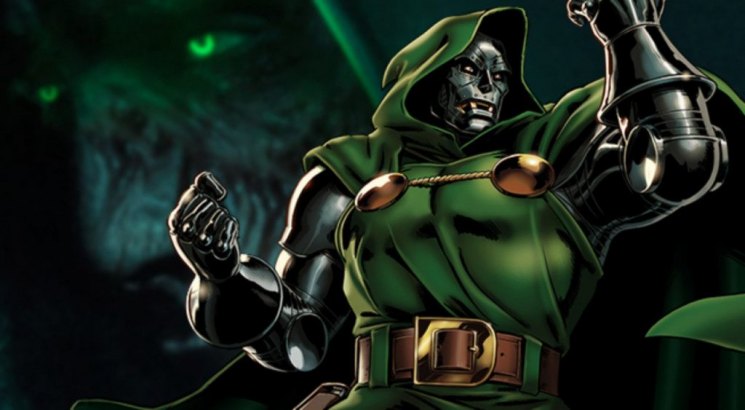 Victor Von Doom better known as Dr Doom is a recurring villain of Fantastic Four and several other Avengers. Having developed a hateful relationship with Reed Richards during their studies, Dr Doom always blamed Reed for his disfigured and burnt face. After hitting rock bottom, Dr Doom rose like a phoenix and conquered his home country to build his evil empire. After that, he crossed paths with the Fantastic Four several times and proved himself to be a be a smart and sinister opponent. 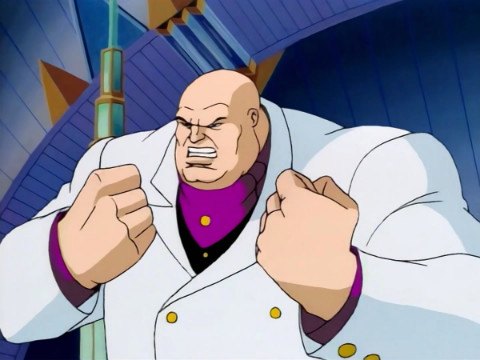 A sumo-sized man with peak human strength, Kingpin or Wilson Fisk seems to have it all. He has a loving family for whom he can do anything, and a thriving business empire. Also, he’s an evil genius and a master crime boss. Feared by criminal organisations like Triad and Yakuza, Kingpin, as his name suggests, is the top notch of the New York crime syndicate and is an archnemesis of Spider-Man, Daredevil and the Punisher. Although he is very calm and composed when he is planning something; when Kingpin loses his temper he is as ruthless and heinous as the next guy. 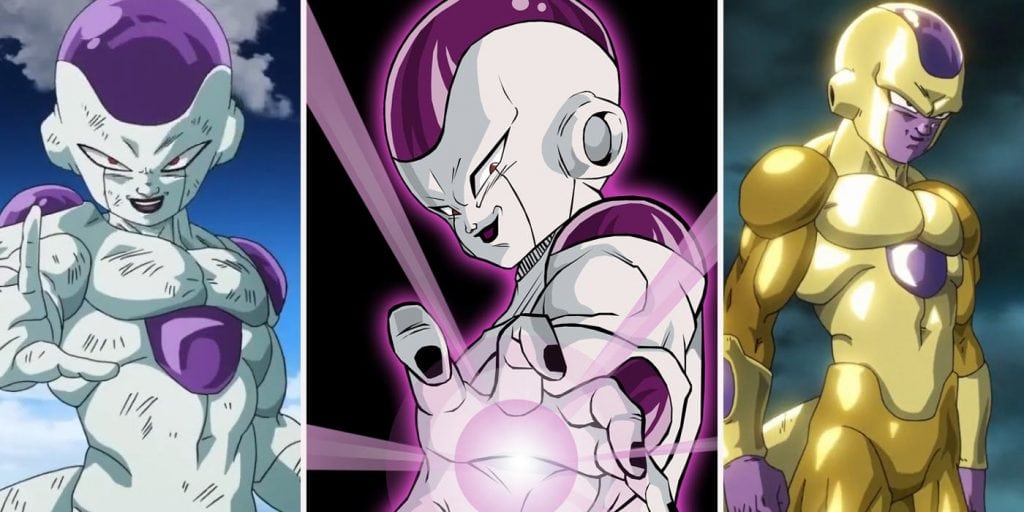 The emperor of Universe 7, Frieza is a recurring villain of the Dragon Ball Z series. Making his first appearance in the Namek series against Goku, he has played a pivotal role in the Namek, Frieza, Trunks, Gods of the Universe, and Golden Frieza Sagas. Frieza has been hailed as the most powerful Saiyan by many including Vegeta. Frieza’s power lies in his transformation capability as each transformation takes him closer to his ultimate energy form which manifests his immense galactic power. His attacks are numerous, his power limitless, and he has many times proved to be superior to Goku and his friends. 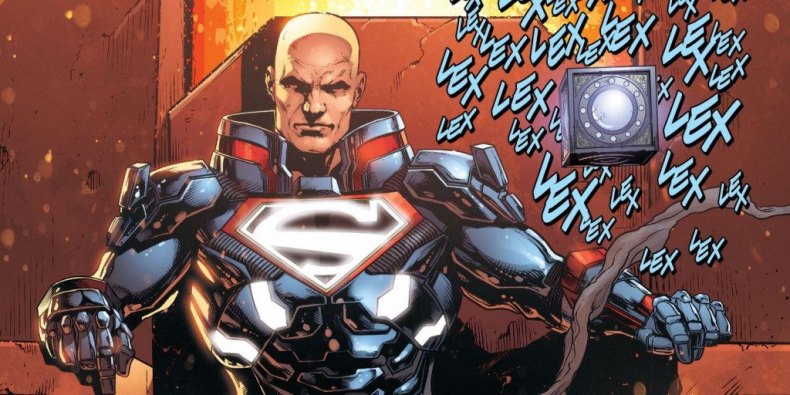 This genius, billionaire, philanthropist -not Tony Stark- might not look much, but he has been hailed as the archnemesis of Superman for decades. Created by Jerry Siegel and Joe Shuster, Lex Luthor represents the worst of humanity and the opposite of Superman. While Superman uses his brute strength and infallibility to eliminate the enemies of mankind, Lex Luthor exploits that very quality as a weakness to bring Superman to his knees. If Superman represents the physical strength of the heroes of future, Lex Luthor represents the brain of the villains operating behind the scenes. In his jest to kill Superman, Luthor has many times gone to the brink of madness and then come back unscathed. He is undoubtedly one of the most popular and deep cartoon characters of all time. 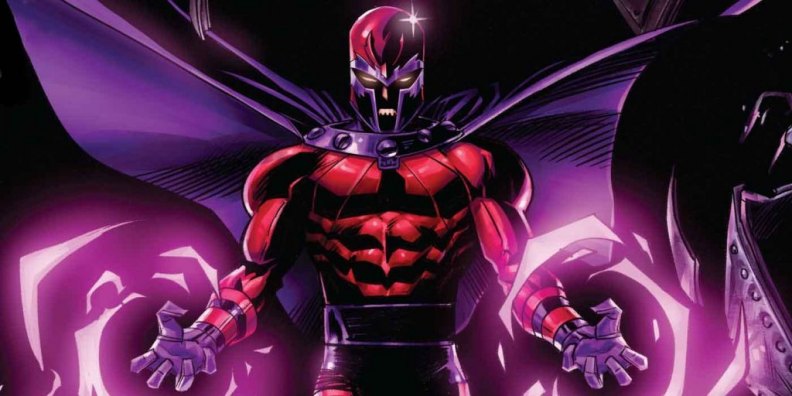 The most ferocious and dangerous villain, in my opinion, is the one who thinks of himself as a hero. Hailed as the uncrowned saviour of the mutant race, Magento the master of magnetism is one of the most famous cartoons of all time. The beauty of Magneto or Erik Lehnsherr’s character lies in the fact that even though he and Charles Xavier started on the same path, he chose a different and darker one. For Magneto there is no peace possible between mutants and humanity, and humans deserve to die for what they did to him as a child. His demented moral compass and power to inspire many powerful mutants to stand by his side against the X-Men are what make this supervillain one of the best. 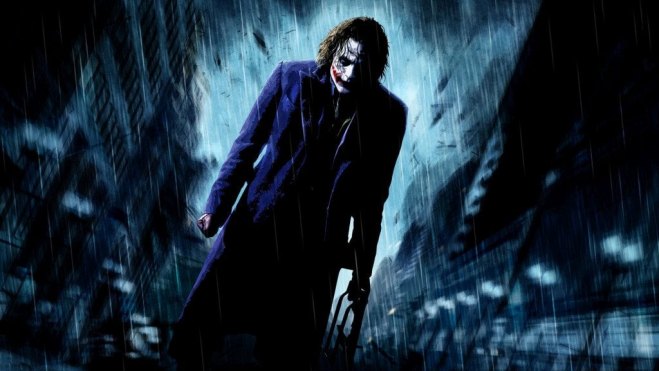 One of the most iconic and unforgettable supervillains whether it be the animated series of Batman, the comics, or live action movies, Joker is a force to be reckoned with. Well versed with the dark face of humanity, Joker is the complete opposite of Batman. When Bob Kane created Batman, he was worried whether any villain would be able to stand against the Dark Knight for the simple reason he was practically invincible. But showing the darker side of human consciousness, the clown prince of crime has revealed that there is more to the human psyche than what Batman taps on. Joker while playing silly games with the caped crusader has always tried to prove that humans at the end of the day are selfish and are capable of heinous things. The thing that makes this ordinary clown such a formidable foe is that he has no powers and is still capable of taking down the entire Justice League with his crazy plans and peeling laughter.