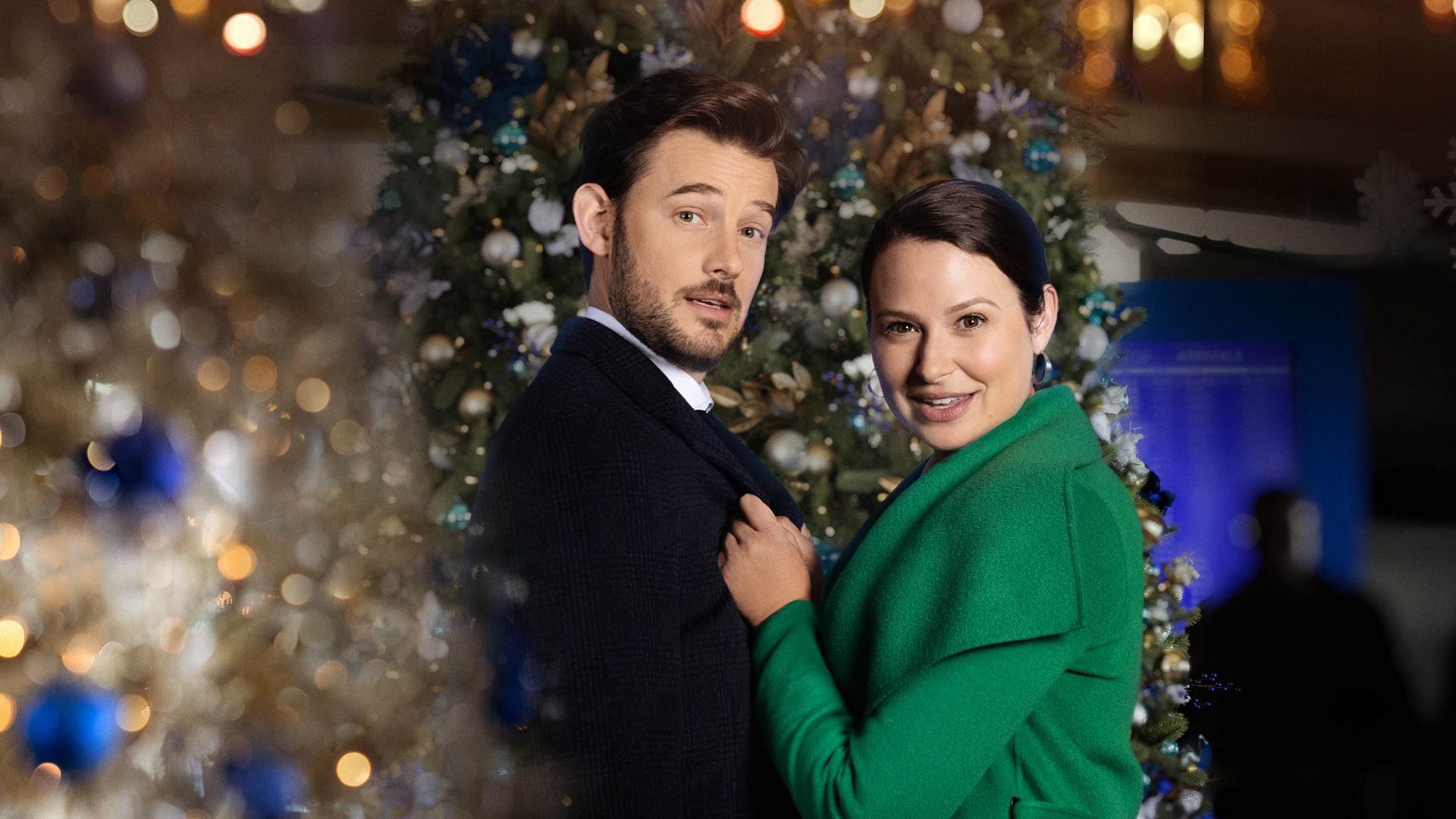 CBS presents viewers with the most exciting and diverse movies, and their Christmas movies indeed warm up the holiday season. Directed by Michael Robison, ‘Christmas Takes Flight’ is one such fun watch. The storyline revolves around Matt, an ambitious CEO who purchases an airline owned by Jenny’s family. In order to reduce expenses, he cancels the annual holiday charitable benefit for underresourced children, much to Jenny’s chagrin. She then gathers the help of the community to save the event and make Matt realize the true priorities of life and the beauty of kindness.

What ensues is a witty game of one-upmanship between Matt and Jenny, as their feelings for each other also begin to take off. Set against a backdrop that is a mix of a quaint little town as well as the interiors of airplanes, the movie reflects the true spirit of Christmas and the importance of little things in life. If you too are curious to know the exciting locations where ‘Christmas Takes Flight’ was filmed, you’ve found an ally in us. Let’s find out together!

‘Christmas Takes Flight’ was filmed majorly in parts of British Columbia, particularly in Vancouver and Chilliwack. Principal photography was reportedly carried out in July 2021. British Columbia is a popular destination for filming, given its picturesque landscapes ranging from a vast oceanic coastline to snowy mountain ranges. The province also provides regional tax concessions to filmmakers and has high-tech filming studios that add to its value as a filming location.

British Columbia also has an established network of talented actors and production crew, thus making it easier to acquire talent for film and TV productions. Prominent movies and TV shows such as ‘The Revenant,’ ‘The Intruder,’ ‘Cold Pursuit,’ ‘Alcatraz,’ ‘A Series of Unfortunate Events,’ and ‘Lucifer,’ have been filmed in the province. Here’s a closer look at the filming locations of ‘Christmas Takes Flight.’

Popularly called “Hollywood North,” Vancouver serves as an important filming location for ‘Christmas Takes Flight.’ The cast and crew seemingly shot a few scenes at 2484 Renfrew Street, Vancouver. The sequences involving the aircraft were lensed at Vancouver Airport South Terminal, where an actual aircraft was used for filming. Vancouver is rich in ethnic diversity and is a hub for art, theatre, and music. The populous seaport city is surrounded by mountains, and the cloudy weather provides the perfect lighting conditions for filming. Hence, the city is highly preferred by production teams.

Some of the renowned filming locations in Vancouver are The Orpheum, Vancouver Art Gallery, Grouse Mountain, and the University of British Columbia. Apart from TV shows like ‘DC’s Legends of Tomorrow‘ and ‘Yellowjackets,’ movies like ‘Love Hard,’ ‘A Clüsterfünke Christmas,’ and ‘Noelle‘ were also filmed in the city.

Lying 102 kilometers east of Vancouver, Chilliwack is a primary filming location for ‘Christmas Takes Flight.’ The city is a hotspot for outdoor recreational activities due to the presence of mountains and lakes. The movie’s filming took place at several spots on Wellington Avenue, such as Teddy Bear Dreams, Tokyo Japanese Grill, The Wellington Local House, and the Royal Hotel Chilliwack, as well as some areas of Mill Street.

‘Christmas Takes Flight’ features Katie Lowes as Jenny, a single mother and a pilot, who tries to save the Christmas charity event from being shut down. Lowes is known for her role in the political drama series ‘Scandal,’ as well as the voice work in movies like ‘Vivo,’ ‘Zootopia,’ and ‘Big Hero 6.’ Evan Williams plays Matt Hansen, the cynical CEO who takes over Jenny’s family airline business and cancels the Christmas event. The actor has done notable work in movies and TV shows like ‘Midnight at the Magnolia,’ ‘Escape Room,’ ‘Baxter,’ and ‘Awkward.’

Read More: Where Was The Christmas Ball Filmed? Who is in the Cast?