Where Was Comedy Central’s A Clüsterfünke Christmas Filmed and Who is in the Cast? 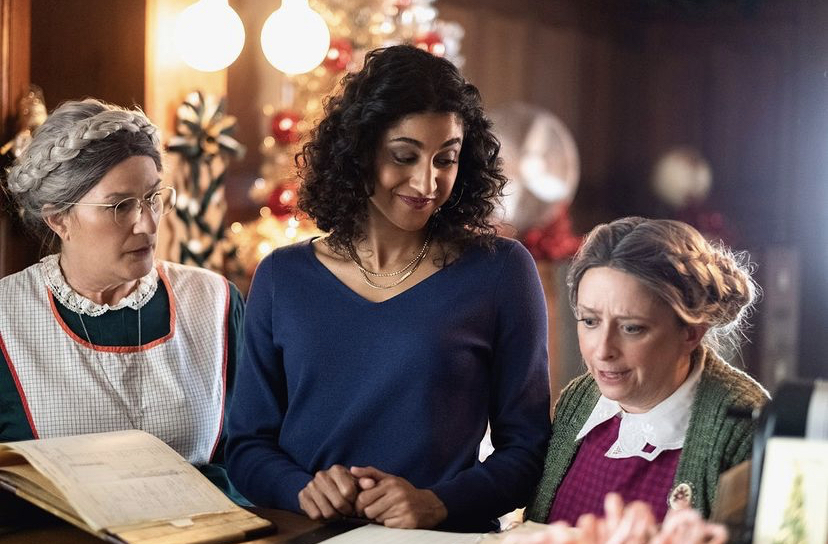 Comedy Central is known to entertain viewers each year with several fun movies leading up to the holidays. Directed by Anna Dokoza, Comedy Central’s ‘A Clüsterfünke Christmas’ is a rib-tickling Christmas romantic comedy film. A parodic ode to holiday romance movies, this film revolves around Holly, an ambitious real estate agent from New York who arrives at Yuletown for business. Her job is to purchase and renovate Clüsterfünke Inn into a grand hotel. But to do so, she must convince the owners.

Distracting Holly from her motives is Frank, the owners’ handsome nephew. As the two begin to get closer during the holiday season, Holly is in a fix whether to complete her work and return to her big-city life or succumb to the charms of the small town and Frank. Set in a quaint little town, the movie not just makes the audience laugh but also invokes the Christmas spirit in everyone’s hearts. Naturally, a few scenes must have got you curious about where the movie was filmed. So, let’s dig in to find out!

‘A Clüsterfünke Christmas’ was filmed entirely in British Columbia, especially in Vancouver and Burnaby. British Columbia is a highly preferred filming location, given the massive tax benefits, scenic locales, state-of-the-art filming technology, and a vast network of trained production crews that are readily available. Many movies like ‘A Christmas Story 2‘, ‘Eight Below,’ and ‘Percy Jackson & the Olympians: The Lightning Thief‘ have been filmed in the province. Principal photography for ‘A Clüsterfünke Christmas’ reportedly commenced in June 2021 and was completed in July 2021. Here is a closer look at the exact filming locations of the movie.

‘A Clüsterfünke Christmas’ was primarily filmed in Vancouver, British Columbia. It must have been challenging for the crew to recreate winters in July, but they evidently built a wonderful Christmas setup quite successfully. Also an important part of what is known as “Hollywood North,” Vancouver is a popular location for film and TV production due to its diverse landscapes and high-tech production resources.

Vancouver is the favorite location to film Christmas movies, owing to its perennial festive backdrop. This major city in British Columbia is credited for many movies like ‘Deadpool,’ ‘Love Hard,’ and ‘Elf.’ Moreover, popular TV shows like ‘Yellowjackets,’ ‘Lucifer,’ and ‘The Good Doctor‘ have also been filmed in Vancouver.

A few scenes of the movie were filmed at Bridge Studios, 2400 Boundary Road, Burnaby. A company that constructed steel bridges used to operate from that site before. Hence, the movie studio is presently named so. They have the largest effects stages in North America, and movies like ‘Legends of the Fall’ and ‘Scary Movie 3’ have been filmed at the facility.

Some portions of ‘A Clüsterfünke Christmas’ were most likely filmed at Burnaby Village Museum. Situated in Deer Lake Park, Burnaby, it is a charming open-air museum housing the replica of a 1920’s village, which includes a carousel for rides. The popular tourist attraction displays artifacts and has a historic electric railway tram, thus making it a heritage site. The movie ‘Making Spirits Bright‘ and the TV series ‘Supernatural‘ have been filmed at Burnaby Village Museum.

‘A Clüsterfünke Christmas’ stars Vella Lovell as Holly, a New Yorker working in real estate who arrives at Yuletown to acquire the Clüsterfünke Inn. Lovell has worked in the movie ‘The Big Sick’ and the hit comedy series ‘Crazy Ex-Girlfriend.’ Cheyenne Jackson plays Frank, the charming nephew of the inn owners, whom Holly gets attracted to. Jackson has been a part of many Broadway musicals and the hit musical series ‘Julie and the Phantoms.’