Is Lifetime’s Charmed and Cheated Based on a True Story? Where Was it Filmed? Who is the Cast?

Directed by Ted Campbell, Lifetime’s ‘Charmed and Cheated,’ AKA ‘Student Seduction,’ is a thriller movie that follows a high school student named Annie. Her lacrosse scholarship seems to be in jeopardy since the teenager struggles to maintain good grades. Annie then comes across Delia, a popular student, who introduces her to her circle of friends. Despite spending most of their time partying, they get good grades thanks to their cheating ring, as the former discovers later. Influenced by Delia’s friends, she soon finds herself in a relationship with her lacrosse coach, Mitch.

Afraid of getting caught, Annie tries to step out of the ring, but Delia blackmails her into staying and keeping quiet. Desperate for help, she approaches her mother and best friend for a way about before her reputation is tarnished beyond repair. The Lifetime movie has a thrilling storyline that easily captivates viewers thanks to its good visuals and talented cast. Many have also expressed curiosity about whether ‘Charmed and Cheated’ is inspired by real-life events. To better understand the same, we are here to tell you everything we know!

Is Charmed and Cheated a True Story?

No, ‘Charmed and Cheated’ is not based on a true story. The movie was written by Ted Campbell and Richard Pierce, with the former acting as the director. Richard is the brain behind movies like ‘The Pizza Man’ and ‘Do You Trust Your Boyfriend?’ Similarly, Ted has helmed numerous other Lifetime thrillers like ‘Her Fatal Family Secret Filmed‘ and ‘Are My Friends Killers?‘ While actual events may not inspire the movie, several elements resonate with the viewers. 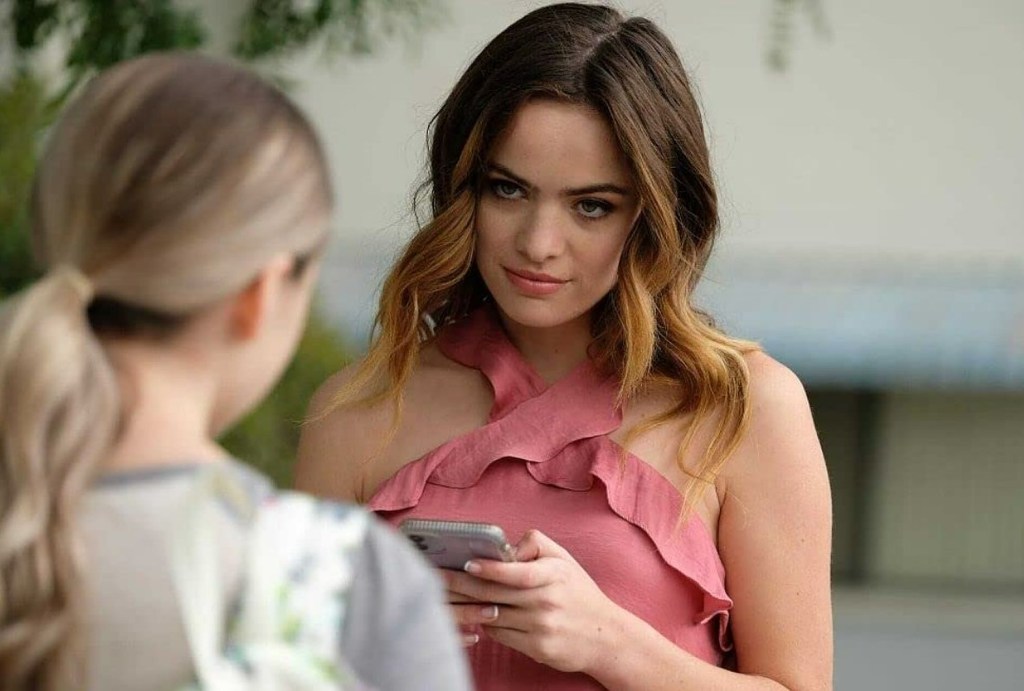 Considering the protagonist Annie, it is easy to see why she is afraid of her bad grades. As many people know, the school system allows students to apply for scholarships if they are good at a sport. However, most of these deals ask the students to maintain a certain level of academic grades. Annie’s skills as a lacrosse player make her eligible for a scholarship, yet her low grades threaten to hamper such an opportunity.

The frustration and separation in the girl’s subsequent actions are far from good, but her motives make many empathize with her plight. Though ‘Charmed and Cheated’ is a creation of imagination, the various characters allow the viewers to relate to them. A significant portion of the audience understands Annie’s plight, and those acting as parental figures find kinship in the teenager’s mother. Many of the morally grey characters in the story allow the audience to understand that, just like in real life, no one is perfect, and everyone has flaws of their own.

‘Charmed and Cheated’ was filmed entirely in California, particularly in Los Angeles. The principal photography of the Lifetime movie commenced in April 2021 under the title ‘Cheating Scandal’ and was wrapped up by the first week of May of the same year. Now, let’s get a closer look at all the locations that appear in the thriller!

‘Charmed and Cheated’ was primarily lensed in Los Angeles, a bustling seaport city in South California. The cast and crew seemingly traveled across the city to shoot different scenes against suitable backdrops. Given the movie’s high school setting, they likely utilized the premises of a real educational institution in the city.

The City of Angels is home to many trained artists and crew members, making it an ideal location to record different movies and TV shows. Add to that the high number of hi-tech filming studios in and around the city, and it is no wonder it is considered the heart of the nation’s entertainment industry. Over the years, Los Angeles has featured in multiple Lifetime movie productions like ‘Husband, Wife and Their Lover‘ and ‘Bodyguard Seduction.’

The talented Cameron Cipolla essays Annie in ‘Charmed and Cheated.’ You may recognize the actress from her work in ‘Breaking Into College’ and ‘Betrayed.’ Furthermore, Le’Priesh Roman plays Camille in the Lifetime thriller. Roman is best known for her performance in ‘Pom Poms and Payback.’  In addition, Jonathan Stoddard essays Coach Mitch; the actor has gained recognition for his roles in ‘In Love with My Partner’s Wife‘ and ‘Nightmare PTA Moms.’

On top of that, Jazlyn Nicolette Sward takes up the role of Delia in the movie. Sward has earlier proved her acting mettle with her role in ‘The Wrong Valentine.’ Other cast appearances include Courtney Fulk (Regan), Jonni Garro (Sonya), Matthew Pohlkamp (Mr. Whitlock), and Michelle West (Miss Brewer).

Read More: Is Lifetime’s Girl in Room 13 Based on a True Story? Where Was it Filmed? Who is in the Cast?