Is Lifetime’s Merry Swissmas Based on a True Story? Where Was it Filmed? Who is in the Cast? 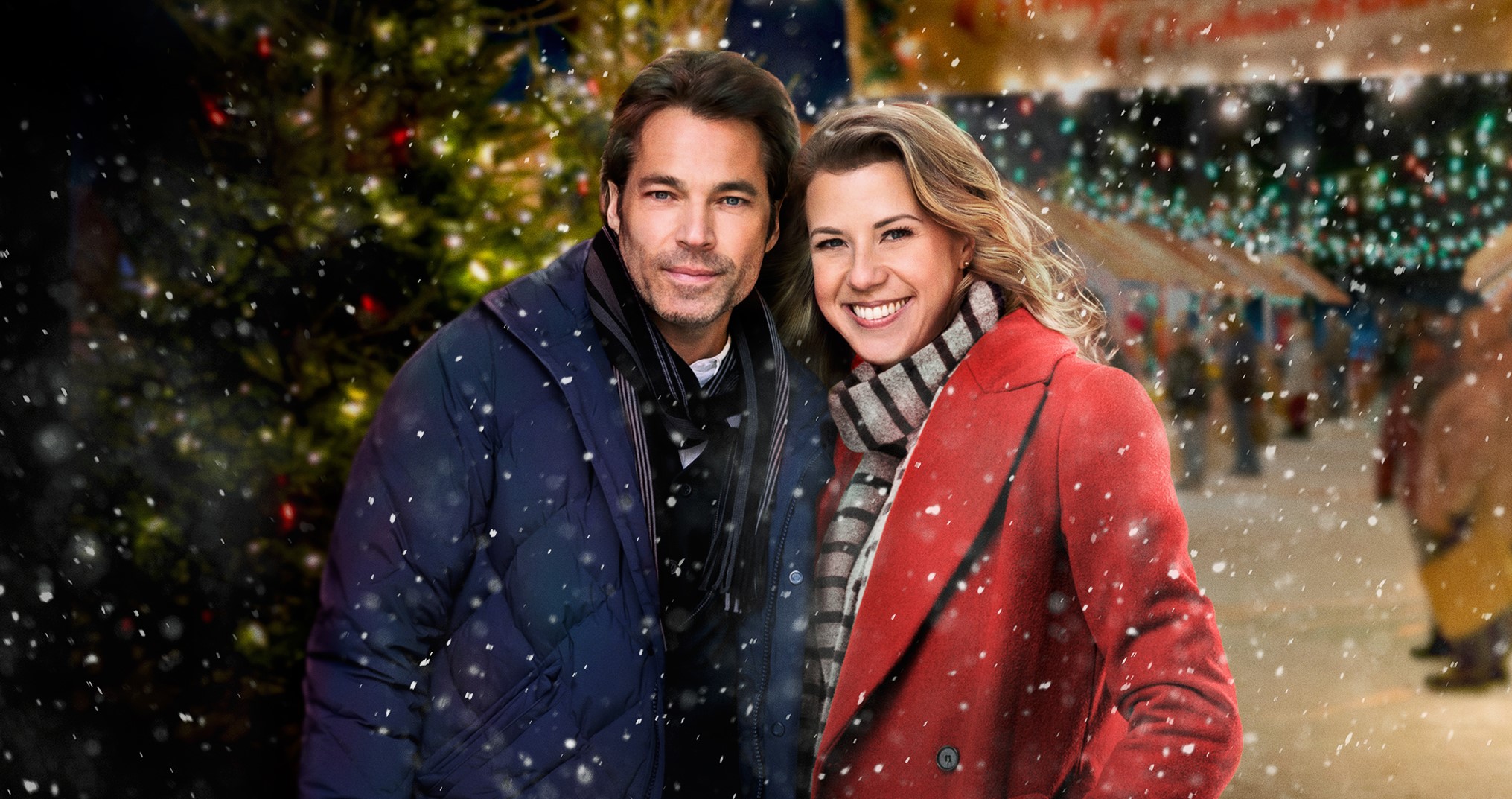 Directed by John L’Ecuyer, Lifetime’s ‘Merry Swissmas’ is a romantic drama movie that revolves around a professional architect named Alex who has fond memories of Christmas with her best friend, Beth. However, things change when the latter starts dating her ex, Jesse. Due to her work commitments, Alex missed the last few Christmases with her family. But this time around, she is looking forward to spending quality time with her mother and attending the opening of her inn in Switzerland. Alex’s excitement is cut short when she discovers that Beth and Jesse are attending the inn’s opening ceremony.

Things look brighter for Alex when she meets Liam, a single father who manages the inn. He introduces Switzerland’s Christmas traditions and culture to her and allows her to give love another chance. Alex and Liam’s blooming and seemingly true-to-life romance keeps the viewers guessing about the narrative’s authenticity. Besides, the setting of the Christmas season against the backdrop of Switzerland’s gigantic snowy mountains makes one wonder whether ‘Merry Swissmas’ was shot on location. Well, if you are one such curious soul, you might be interested in what we have to share about the same!

Is Merry Swissmas a True Story?

No, ‘Merry Swissmas’ is not based on a true story. Instead, the narrative can be credited to the creative mind and brilliant writing of Lauren Balson Carter. She supposedly used her significant amount of experience in the film industry and decided to put it to good use by coming up with a seemingly realistic and wholesome screenplay for the Lifetime movie. 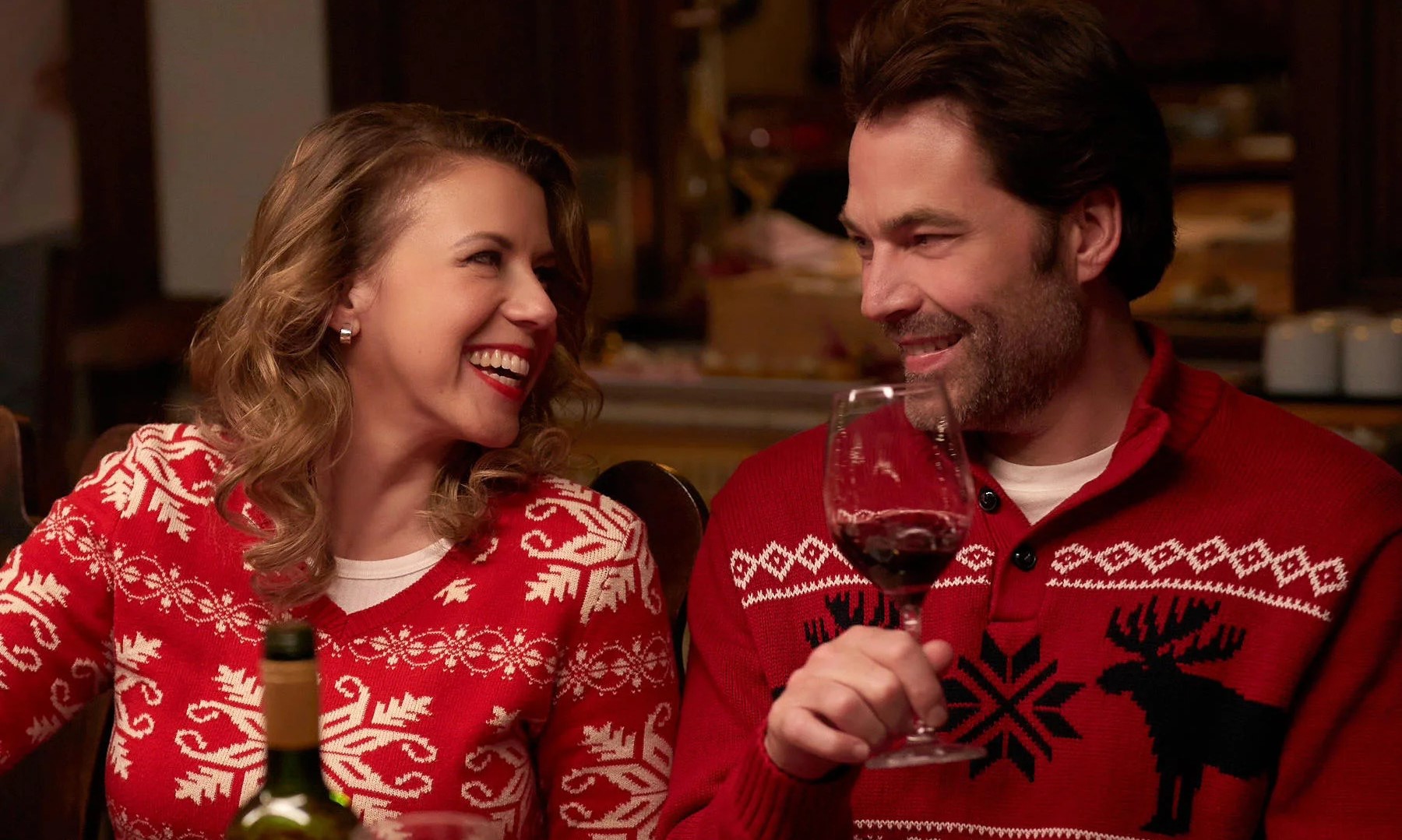 Some of you might wonder if the movie is rooted in reality because the elements and subjects, such as Christmas and blooming romance between strangers, explored in the movie have been touched upon in various other movies and TV shows over the years. One of the most suitable examples has to be that of ‘Last Christmas.’ Not only are they both set against the backdrop of the winter holidays and snow, yet they both share quite a few similarities between their characters and themes.

Much like Alex in ‘Merry Swissmas,’ Katarina in ‘Last Christmas’ also goes through rough patches. Although after connecting with Tom, her life turns upside down for the better as she gains a new perspective on life. This is quite similar to the kind of impact that Liam from ‘Merey Swissmas’ has on Alex’s life. Similarly, in real life, people’s lives often get turned around after they meet someone special who changes how they see things. Thus, despite the narrative of the Lifetime movie seeming quite realistic, it doesn’t change the fact that it is simply a work of fiction.

‘Merry Swissmas’ was filmed entirely in Quebec, specifically in Montreal. The principal photography for the romantic movie seemingly commenced in early March 2022 and wrapped up within the same month after a couple of weeks or so. Being a province that receives plenty of snow in many areas, Quebec is a suitable filming site for a Christmas movie like ‘Merry Swissmas.’ Moreover, the mountainous terrain helps its case represent other locations, such as Switzerland. So, without further ado, let’s traverse the specific sites that appear in the Lifetime movie!

All the pivotal sequences for ‘Merry Swissmas’ were lensed in Montreal, the most populous city in Quebec and the second most populous city in the nation. From the looks of it, the production team seemingly made the most of its snow-filled landscape during the filming schedule and set up camp in several locations to tape different scenes against suitable backdrops.

Located in the southwest portion of Quebec, Montreal is considered a significant center of aerospace, finance, commerce, art, culture, design, food, tourism, fashion, pharmaceuticals, cinema, and more. The city is visited by tourists as well as filmmakers for shooting purposes. In fact, over the years, it has hosted the production of several movies and TV shows. Some notable ones are ‘Orphan,’ ‘The Notebook,’ ‘The Voyeurs,’ ‘Catch Me If You Can,’ ‘Tom Clancy’s Jack Ryan,’ and ‘The Bold Type.’

Jodie Sweetin portrays Alex in the Lifetime movie. You may recognize the actress from some of her previous projects as she features in ‘Full House,’ ‘Fuller House,’ ‘Can’t Get Arrested,’ and ‘Just Swipe.’ Furthermore, she has worked in a few Hallmark productions, including ‘Entertaining Christmas,’ ‘Love Under the Rainbow,’ Merry & Bright,’ and ‘A Cozy Up Christmas Inn.’ On the other hand, Tim Rozon essays the role of Liam.

Rozon may seem like a familiar face to many of you because he has been featured in several movies and TV shows throughout his career. Some of them are ‘Long Gone Day,’ ‘Territories,’ ‘The Great Gatsby,’ ‘Lost Girl,’ ‘Schitt’s Creek,’ ‘and ‘Vagrant Queen.’ Other cast members who play key roles in the Christmas movie are Mikaela Lily Davies (Beth), David Pinard (Jesse), Jane Wheeler (Carol), Hudson Robert Wurster (Kelby), Raphael Grosz-Harvey (Andy), Amanda Ip (Maya), Alex Bisping (Louis), and Laika Lalonde (Lindsay).