Is Lifetime’s Six Degrees of Santa Based on a True Story?

Directed by Michael Kennedy, Lifetime’s ‘Six Degrees of Santa’ is a romantic movie about a single mother named Harper McNevin. With Christmas right around the corner, she starts a program called “Six Degrees of Santa,” through which anonymous “Santas” give another person a gift and set of instructions. The receiver must then pass the presents to someone else, creating an indefinite chain of gifting. When leading internet entrepreneur Jason gets his gift, he feels like the original gifter may be his perfect match.

Hence, to track down his mystery soulmate, Jason enlists Harper’s help. What the duo does not realize is that the gift was originally from none other than her. Starring Kathryn Davis and Steve Lund, the Christmas movie creates a festive atmosphere that viewers cannot help but enjoy. The heartwarming story keeps the audience captivated and has made many fans wonder if it is inspired by real life. Now, if you are in the same boat of curiosity, we have your back!

Is Six Degrees of Santa a True Story?

No, ‘Six Degrees of Santa’ is not based on a true story. The beautiful narrative was written by Shannon Latimer, who has also penned ’10 Truths About Love’ and ‘Ghosts of Christmas Past.’ Her script was adapted onscreen under the direction of Michael Kennedy, who is known for helming ‘Lease on Love’ and ‘My Favorite Christmas Melody.’ However, just because the Lifetime movie is a fictional tale does not mean it does not contain any real-life elements. 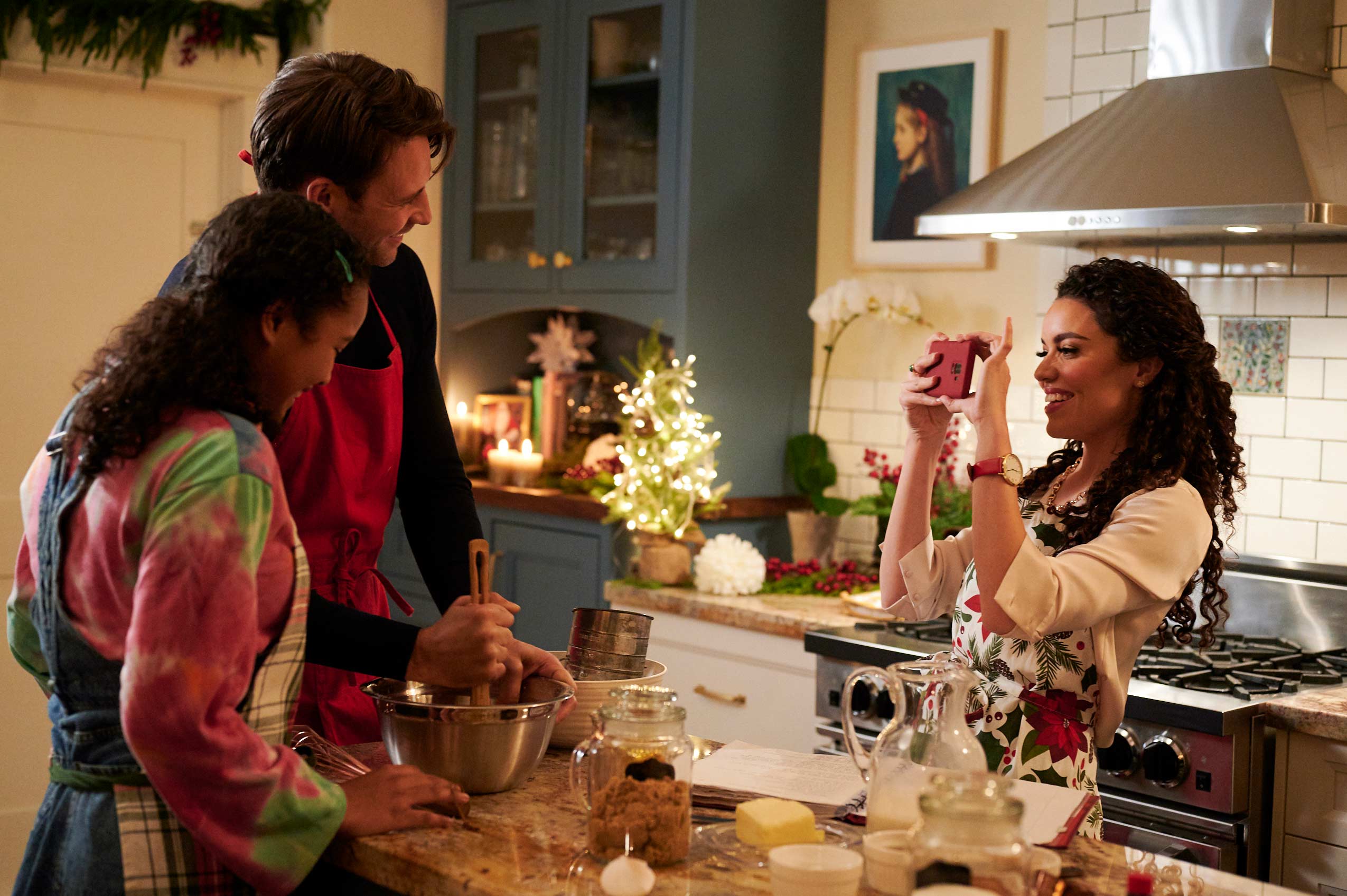 The concept of the “Six Degrees of Santa” and the gift-giving it entails might not be an unknown concept to our readers. Various online and offline programs use similar ideas to spread Christmas cheer. Even the idea of “Secret Santa” is quite popular in families and offices where people are given gifts from an anonymous person. Many movies like ‘With Love, Christmas’ and ‘Secretly Santa‘ explore the same.

Nevertheless, the movie’s most enticing theme is how the protagonists look for someone in front of them all along. The idea of falling in love with two aspects of the same person, not knowing they are the same, is quite familiar. In fact, the Tom Hanks and Meg Ryan-starrer ‘You’ve Got Mail‘ is based on a similar premise. It features a young couple who turn into friends from rivals. Interestingly, they have also been conversing with each other’s online personas and do not realize that two different people they seem to be gaining feelings for are actually the same.

In short, Lifetime’s ‘Six Degrees of Santa’ uses beloved concepts of romantic movies and combines them with the joyous atmosphere of Christmas. The heartwarming story depicted in the Kathryn Davis-starrer allows the viewers to connect with the characters through their relatable motives and actions. This allows the movie to create a realistic vibe that one cannot help but feel close to.