Is Kristin Davis Married? Does She Have Kids? 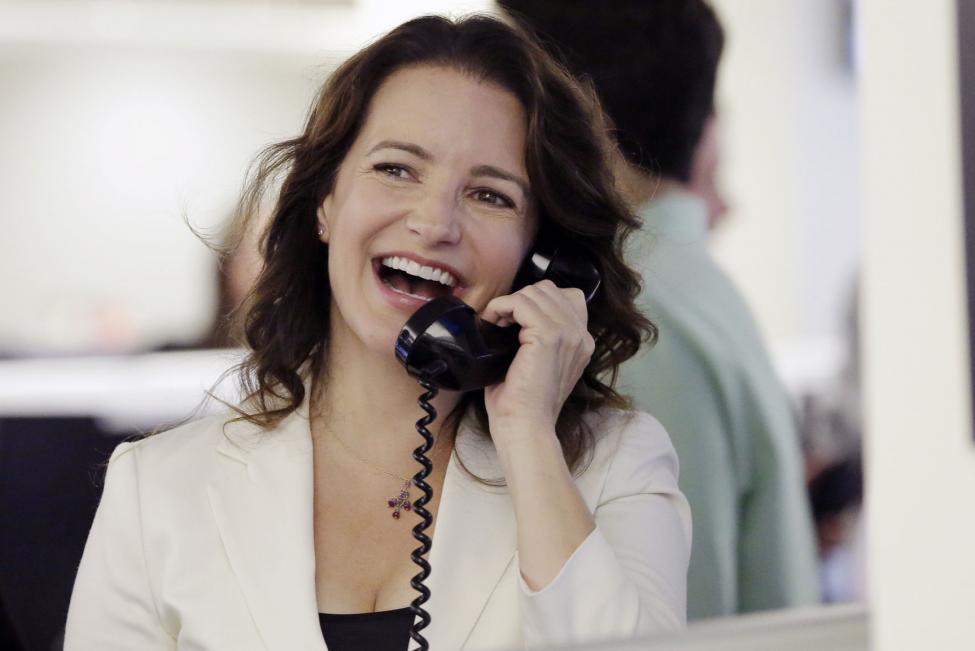 Of course, Playing Charlotte York in the hit HBO romantic comedy series ‘Sex and the City‘ made Kristin Davis a household name, but the truth is she had started acting and was doing theater long before that. By appearing in shows like ‘Melrose Place’ and ‘Seinfeld,’ Kristin had already made her mark in the entertainment industry, which was only solidified by her Emmys and Golden Globes nominations for her skills and portrayal of Charlotte in the former.

Kristin Landen Davis, also known as Kristin Lee Davis was born on February 23, 1965, in Boulder, Colorado. Her parents divorced when she was just a baby, leaving her to be an only child, but when her stepfather came into the picture, he brought along three stepsisters for her to grow up with. Keith Davis, her stepfather, adopted Kristin after he married her mother, Dorothy, making sure that she grew up in a healthy and safe familial environment. The family moved from Colorado to Columbia, South Carolina, during her childhood years, and that’s where she resided until she graduated high school.

Since Kristin was interested in acting since she was 9-years-old, after graduation, she moved to New Jersey to pursue a degree in acting following which she moved to New York to pursue it as a career. Now, she lives in Los Angeles, California, with her family so as to be closer to all the Hollywood action and gain more opportunities for her career. Curious to know more about her dating and personal life? Keep on reading!

Kristin has never been married, nor is she currently in a relationship with someone or even actively looking to start one, but that doesn’t mean that she hasn’t tried previously. In her long time in the public eye as an actress and philanthropic worker, Kristin has been linked up with her fair share of men.

While she has been rumored to date Steve Martin, she has been in a relationship with both Mike Pulliam and screenwriter Scott Carter. In 2000, she was briefly involved with the ‘Ray Donovan‘ star Liev Schreiber, following whom she dated Jeff Goldblum in 2002. Kristin was also in relatively long-term relationships with ‘Billions‘ actor Damian Lewis from 2003-2004, former basketball player Rick Fox from 2007-2008, and even photographer Russell James from 2009-2010.

Her last known public relationship, though, was with screenwriter, director, and producer, Aaron Sorkin, which began in 2012. The pair broke up soon after they had started dating, and reports have claimed that it was all done cordially and with no bad blood involved. Because Kristin likes to be private about her personal life, she hasn’t talked a lot about her relationships following that or posted about them on her social media account.

Although she seems perfectly content with her life as it is at the moment, we do hope that she finds what she is looking for and starts a new journey towards happiness.

In 2011, Kristin adopted a daughter by the name of Gemma Rose Davis, and seven years after that, in 2018, she gave him a little brother by adopting Wilson. Now, the family resides in Brentwood, Los Angeles, California.

In an interview with Haute Living in late 2013, Kristin revealed that even though she likes her work and likes being charitable, her priorities have shifted since she became a mother. “Gemma takes up such a big, big part [of my life] in such a wonderful way. Like take going to work: it used to be really important to me, but now I’m like, ‘OK, I’ve got to go to work. All right. I used to be like, ‘I want to go to work, I want to go to work!”

She even talked about dating and how that dynamic has changed since she started a family, saying, “I certainly intellectually feel like I’d like to have another romantic relationship, but I don’t know how to make the day-to-day of it happen. I don’t have time! It has to be someone so awesome that I would bring him in and potentially share time with Gemma. Previously in life, stability has not been that important to me in a relationship or a man…Now I have a baby and I have to put her first and think about what she needs, and stability is a huge, huge part of that.”