Set in the 1500s in Mexico, ‘Apocalypto’ is a historical film that centers upon Jaguar Paw, a tribesman who gets captured by soldiers from the Mayan tribe ruling Mexico at the time. To save himself and return to his family, Jaguar Paw leverages several methods and tactics within the forest to take his enemies down. Directed by Mel Gibson, the film is an intriguing depiction of how civilizations, people, and cultures functioned in the previous era.

Apart from that, the story of the 2006 film also explores themes such as survival, invasion, and the decline of empires. If you enjoy such tropes and tales, we’ve curated a list of films for you. You can watch most of these movies similar to ‘Apocalypto’ on Netflix, Hulu, or Amazon Prime.

‘Alpha’ is a prehistoric adventure film directed by Albert Hughes and set 20,000 years ago. After Keda, a young boy gets separated from his tribe, he finds a wounded wolf, Alpha. The two become friends and try to get back to Keda’s tribe. Like ‘Apocalypto,’ ‘Alpha’ is a tale of a previous era and is an intriguing portrayal of what modern people think of that age. Both films are about survival, but the latter is more like a man’s journey through wild landscapes and uncharted territory. On the other hand, the former is about a quest for vengeance and fighting for one’s life against those who aim to take it for their needs.

‘Valhalla Rising’ is an off-beat take on the Viking culture during the 20th century and how it clashed with Christianity, which was increasing worldwide. Directed by Nicolas Winding Refn, the film is about One-Eye (Mads Mikkelsen) and a young boy who tries to reach the Holy Land, which the former sees in his vision. We follow the two as they go through different territories and attacks to discover the truth behind the Holy Land finally.

‘Valhalla Rising’ and ‘Apocalypto’ explore historical facets of the narrative with great detail, which fascinates the audience. Although the core premise is survival, the backdrop adds multiple layers of depth to the characters, how they function, their beliefs, and more. In the Nicolas Winding Refn directorial, we see the Vikings’ culture, whereas, in the Mel Gibson directorial, we see the Mayan civilization.

Set in the titular year, ‘10,000 BC‘ is a prehistoric action-adventure film about a D’Leh, a man who travels distant lands to save his one true love. The movie contains several historical references; the audience sees mammoths, sabretooth tigers, pyramids, and more. D’Leh from ‘10,000 BC’ is akin to Jaguar Paw from ‘Apocalypto’ because both are separated from their respective partners and do everything they can to return to them. Furthermore, both protagonists are met with extreme resistance from enemies who do not want them to succeed in their endeavors. Above and beyond this, history plays a prominent role in both films and seems like a character in itself.

‘Braveheart’ is a Mel Gibson directorial set during the reign of King Edward I of England. After William Wallace, a Scottish rebel loses his wife because of King Edward’s tyranny, the former decides to wage war and seek justice. Although ‘Braveheart‘ does not have similar aesthetics to ‘Apocalypto,’ both films embody a sense of defiance toward societal hierarchy.

In addition, the protagonists embody the spirit of freedom and will go to any lengths to acquire it. Interestingly, the critics lauded both tales but criticized the deviation from historical facts. Irrespective of the criticism, both movies instill various emotions and ideologies within the audience, elevating their experience.

Partially based on the eponymous novel by Michael Punke, ‘The Revenant‘ is directed by Alejandro G. Iñárritu and is considered a remake of Man in the Wilderness. The western adventure movie chronicles Hugh Glass’s (Leonardo DiCaprio) journey as he struggles to survive after a bear severely injures him and his hunting team leaves him behind.

‘The Revenant’ is similar to ‘Apocalypto’ in a few aspects, such as the survival theme and the protagonist’s connection with family. But, unlike the latter, the former film is almost like a revenge drama movie wherein Hugh Glass seeks vengeance against John Fitzgerald (Tom Hardy) for his son’s death. Both movies immerse the audience into their worlds and keep them engaged until the end.

‘300’ is a historical action film directed by Zack Snyder, chronicling the war between ‘300’ Spartan soldiers from Greece and Xerxes‘ massive army from Persia. The pathbreaking film is ‘known for its stylistic depiction of action and innovative camera work, which give the audience a hyper-real feel. The writers create a unique world within ‘300’ and ‘Apocalypto,’ which is real but feels surreal. They captivate the audience’s attention and reel them in for an epic story that will stay with them long after the film ends.

Like ‘Apocalypto,’ ‘300’ also portrays a ruler of an extensive civilization and how he wishes to control everything. For multiple reasons, King Leonidas (Gerard Butler) from ‘300’ reminds us of Jaguar Paw from ‘Apocalypto.’ Both characters believe in independence and do not believe in authority. Leonidas and Jaguar Paw fight for their survival and their family. In a way, we see the world only from the protagonists’ eyes. Overall, both characters make the audience invest in the story. 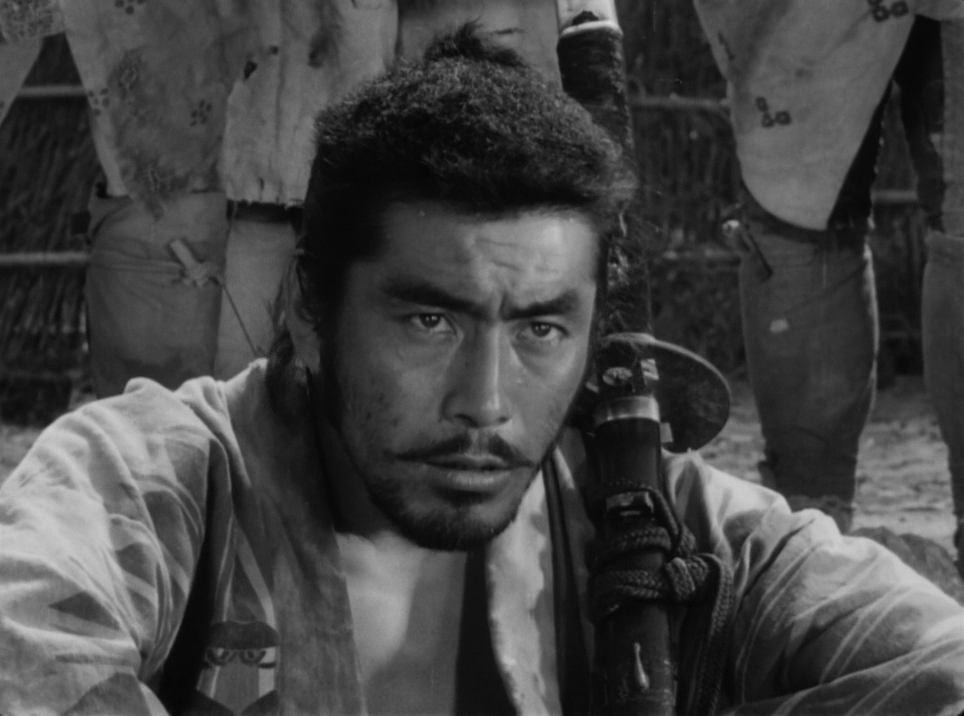 Directed by Akira Kurosawa, ‘Seven Samurai‘ is one of the cult-classic films which inspired numerous modern cinema filmmakers and their films. When a group of notorious bandits repeatedly attack a village of farmers, one of the farmers hires a samurai to protect them. The Samurai brings together a team of six others of his kind, and together, they try to defeat the bandit group.

Although ‘Seven Samurai’ is not set in a different age, it shares a few interesting tropes with ‘Apocalypto.’ In both movies, the protagonists try to defeat a group of invaders who wreak havoc and harm people. The two films follow a similar journey when it comes to how the Samurai and Jaguar Paw strategize their plan and take the enemy down. Besides these, there are a few other minor similarities between the two films, which make up for a fascinating watch.

‘Ben-Hur’ is a religious, historical epic movie based on the novel, ‘Ben-Hur: A Tale of the Christ.’ Set in the 1st century, the film follows a Jewish Prince who becomes a slave and a gladiator after a Roman friend betrays him. The Prince fights for his freedom and seeks vengeance against his friend. ‘Ben-Hur’ is a cult-classic film that portrays several themes such as history, religion, culture, independence, and more.

‘Apocalypto’ comprises several such themes that elevate the tale from a revenge saga. Through the films, we glimpse a fictionalized version of history, which intrigues the audience and captures their attention. Most importantly, both movies leave the audience with questions about civilizations and cultures in the respective eras. This way, the movies stay with them even after the credits roll.

Read More: Is Apocalypto Based on a True Story?