8 Movies Like Christmas With The Campbells You Must See

Clare Niederpruem’s ‘Christmas With The Campbells’ is a holiday romantic comedy that features compelling performances by Brittany Snow, Justin Long, and Alex Moffat. Just before the holidays, Jesse’s boyfriend, Shawn, breaks up with her. She maintains a great relationship with his parents, so she decides to celebrate Christmas with them. Complications arise as Jesse feels attracted to Shawn’s cousin David and even Shawn decides to show up at his parents’ place.

The movie features a congenial relationship between Shawn’s parents and Jesse. Furthermore, it explores the tribulations of facing a breakup during the holiday season and how tough it can be. As the title suggests, it all turns out to be a blast with all aspects of romance, comedy, and a little bit of drama. If you’re looking to watch movies that focus on similar themes, the following list is perfect for you. You can watch most of these movies similar to ‘Christmas With The Campbells’ on Netflix, Hulu, or Amazon Prime.

The 2011 romantic comedy focuses on breakups and how easily relationships can crumble. After a breakup, Jenny relocates to her brother’s home. She and her buddy Carson persuade Kelly, her brother’s wife, that she needs to evolve in her life, work, and relationships. Directed by Joe Swanberg, the movie explores the impact a breakup can have on a person. Like ‘Christmas With The Campbells,’ there are themes of relationships between family members and how they are always there for you. It reinforces how one can truly count on family members for support and love.

This movie has all the aspects of an archetypal romantic comedy. With a loving relationship, the trope of opposites, attracting, and fake dating, ‘Holiday Breakup’ makes for a fantastic Christmas watch. Directed by Temple Mathews, the movie features a couple that falls in love but breaks up right ahead of the holidays. To avoid a series of pity conversations and the feeling of loneliness during the holidays, they decide to pretend to be together. Jesse getting dumped before Christmas is similar to the lead couple’s breakup in ‘Holiday Breakup.’ 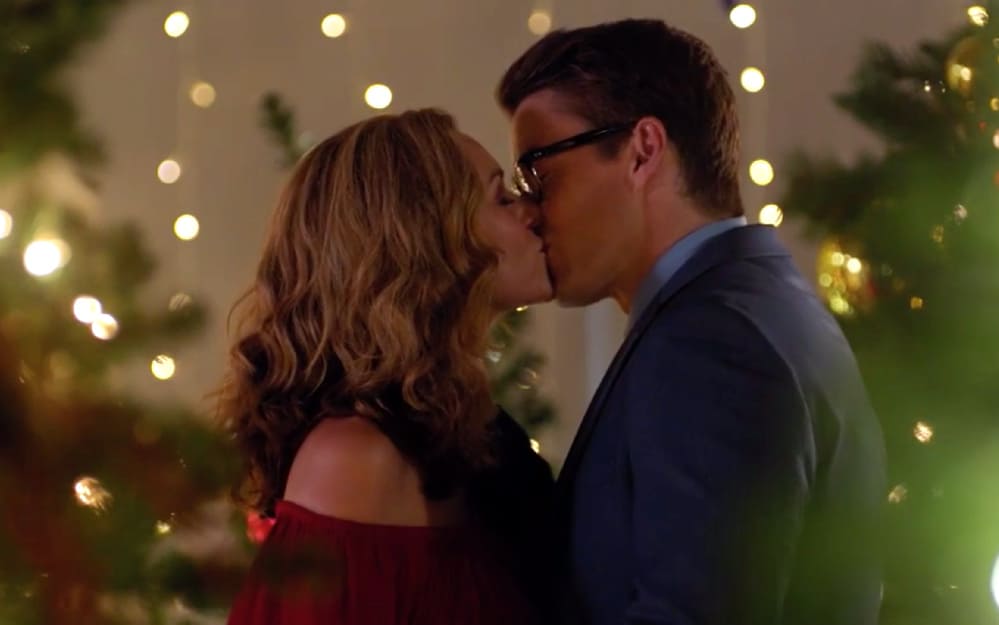 Monika Mitchell’s romantic drama movie ‘The Christmas Contract’ illuminates families in a way that isn’t forced or weirdly condescending. Most importantly, it depicts a connection that develops gradually and naturally. It’s convincing and memorable. The movie narrates the story of a recently single woman and her first Christmas after breaking up with her partner.

However, things don’t go as planned because she has to face her ex-boyfriend and his new girlfriend. ‘Christmas With The Campbells’ and ‘The Christmas Contract’ both explore the experience of breaking up when the holidays are lurking around the corner. Moreover, both protagonists have to face their respective ex-boyfriends as they suddenly show up. 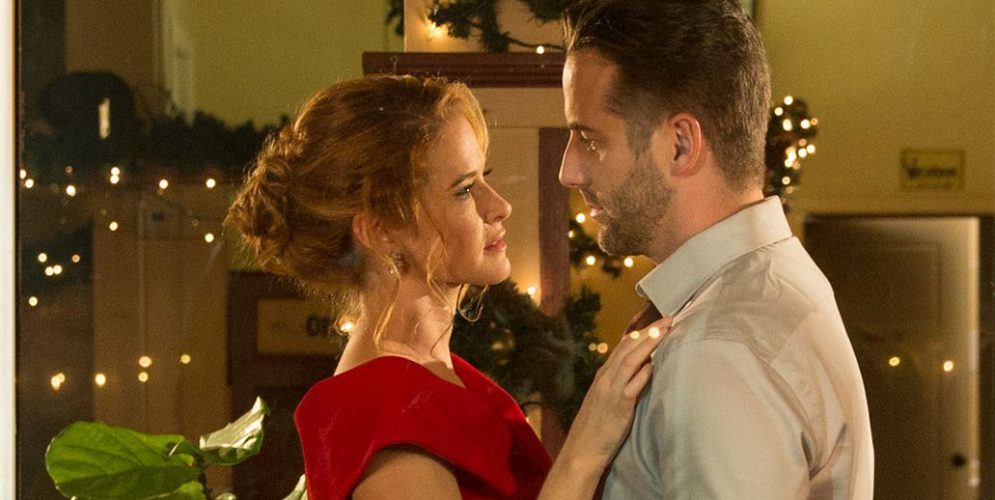 An IT expert, Hannah, returns to her hometown for the holidays after an unexpected split from her boyfriend before Christmas. She joins an anonymous holiday pen pal service and is captivated by each exquisitely penned letter she receives. The Siobhan Devine directorial revolves around the journey of self-discovery for the protagonist. Like ‘Christmas With The Campbells,’ ‘Christmas Pen Pals’ witnesses Hannah as she tries to move on from the relationship. The suddenness of the breakup is also similar in both movies.

The romantic comedy movie ‘Love In The Villa‘ recounts the story of Julie, who gets dumped when she expects to be proposed to. She takes her wildly anticipated trip to Italy by herself. But she finds another person living in the villa because of some mix-up by the website. Ultimately, Julie shares the place with an annoying but handsome man, Charlie. Things get interesting when the duo gets attracted to each other. Directed by Mark Steven Johnson, the breakup and the subsequent love interest in both movies are very similar. Jesse falls for David after she meets him in her ex-boyfriend’s hometown. 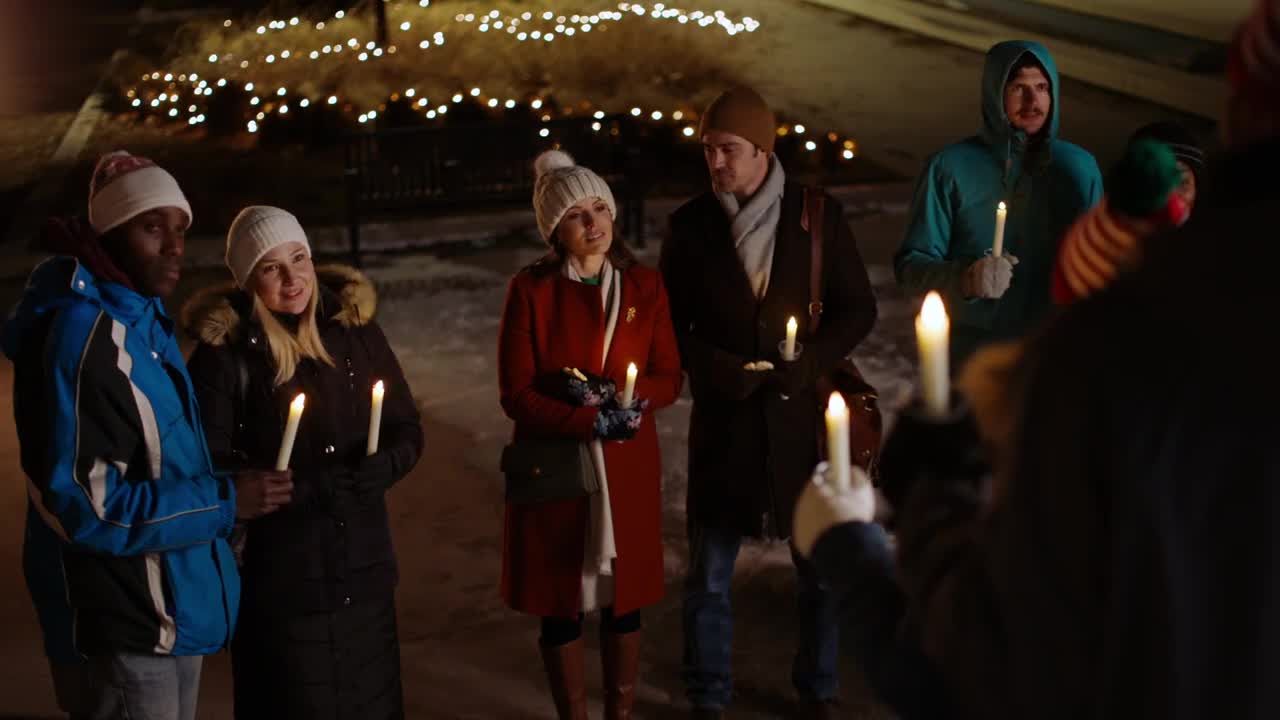 Amy, a wealthy woman, plans for a winter wedding one year after she and her sister Cara make a deal to meet their soulmates by the next Christmas. Cara meets her own ideal mate but misplaces his phone number. Helmed by Meeshelle Neal, ‘Christmas Plus One’ is a romantic comedy movie that features the love story of Cara as she finds her soulmate near the holidays. The holidays spark a certain longing for love in people, more so than regular days. This trope is adequately explored in both ‘Christmas With The Campbells’ and ‘Christmas Plus One.’ 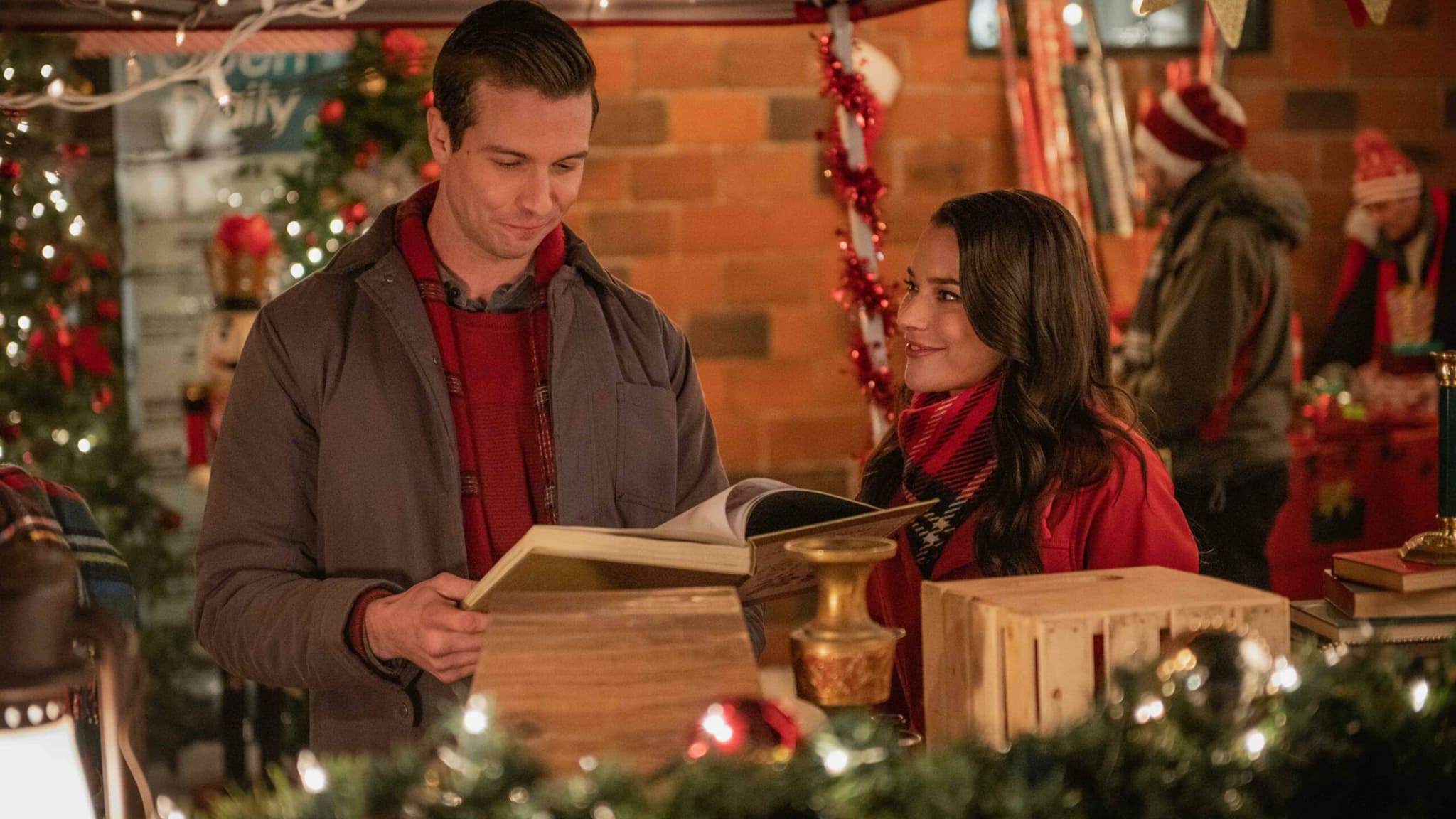 Kim’s mother whisks her away to a Christmas retreat after Kim’s boyfriend decides not to propose but breaks up with her instead. When she arrives, she runs into Mark, who just lost his job. Jason Bourque helms the TV movie. Starring Leigh Rachel Faith and Clayton Chitty, the movie explores a heartwarming bond between Kim and her mother. Although Jesse visits her ex-boyfriend’s parents, the relationship between her and his mother is like Kim’s relationship with her mother. 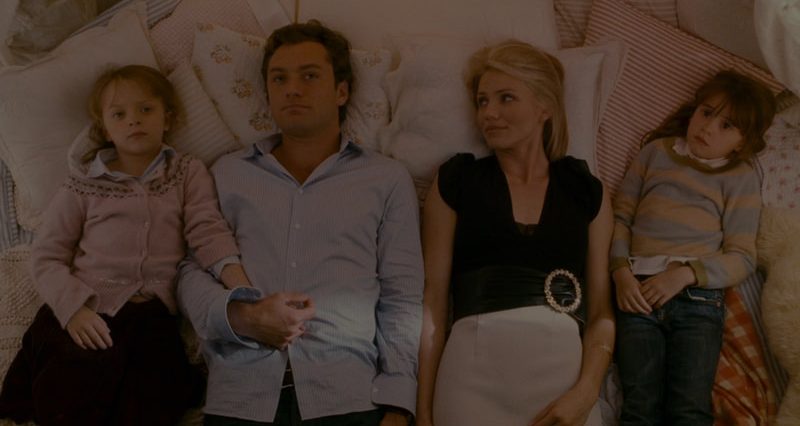 This is a classic holiday movie involving a house switch to escape the troubles of relationships. Directed by Nancy Meyers, ‘The Holiday‘ is a quintessential romantic comedy. Amanda and Iris are tired of their same old life with huge problems. Both of them feel overwhelmed as their relationships overturn just before the holidays. They opt for the house switch as a change of pace. Amanda’s boyfriend breaks up with her just before Christmas, due to which she plans to go away. This is very similar to how Jesse deals with her breakup, albeit she goes away to her ex-boyfriend’s house.

Read More: Where Was Christmas with the Campbells Filmed?