With Costa Rican director Hernán Jiménez at the director’s chair, ‘Love Hard’ is a fascinating foray into the contemporary trenches of online dating. Natalie is a Los Angeles-based online columnist who chronicles her sob stories of dating under the pseudonym “The Runaway Bridesmaid.” However, when she stumbles upon the profile of Josh, the pairing is a spontaneous hit.

She is willing to take the leap and go to small-town Lake Placid to give Josh a surprise. But a surprise awaits Natalie, as well as a lesson in love. Natalie’s story has a happy ending, but meanwhile, if the tale swayed you, we have some more suggestions at hand. You can watch most of these movies similar to ‘Love Hard’ on Netflix, Hulu, or Amazon Prime. 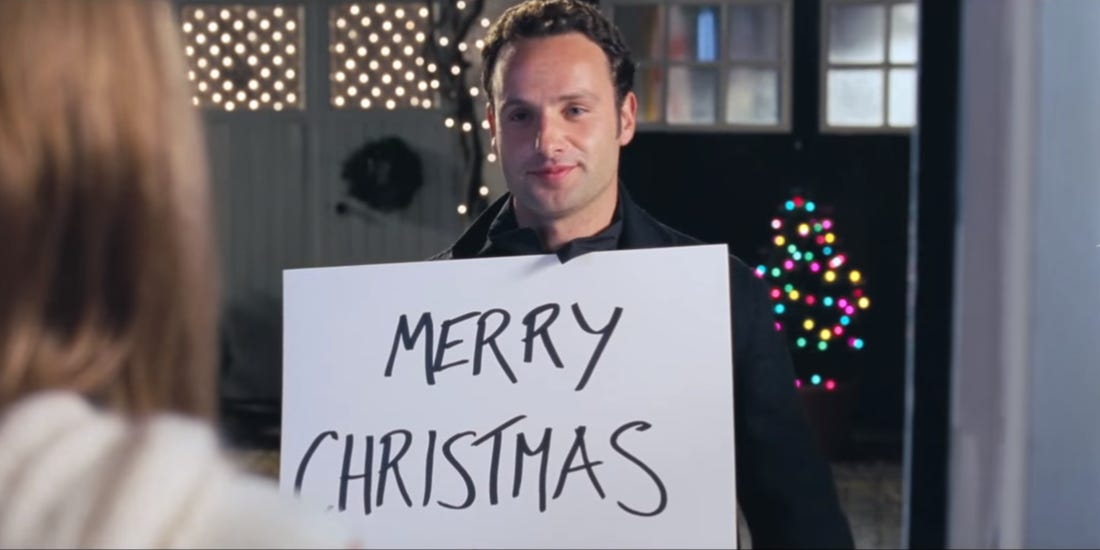 Director Richard Curtis explores various pangs and perils of love in romantic comedy ‘Love Actually.’ Set in the backdrop of Christmas, the movie follows some London couples and their struggle with love and heartbreaks. A star-studded cast with Hugh Grant, Keira Knightley, and Emma Thompson keeps the drama poised. It is the favorite movie of Josh in ‘Love Hard,’ and the latter borrows a good deal — including the title card proposal sequence — from this festive-themed saga. If you seek to revisit the rumbling romance, maybe this is the time.

Directed by Ernesto Contreras, the Mexican-original drama movie ‘I Dream in Another Language’ (‘Sueño en Otro Idioma’) is a grounded foray into the entwined themes of family, love, and taboos. The death of a language means the end of a culture and a set of beliefs with it. This movie stands in the boundaries of these old and new worlds, where love is subjected to and subjugated by a colonial power. In ‘Love Hard,’ Josh is only a subject of Natalie, and Martín and Lluvia’s stint at romance in this film takes an almost similar route. 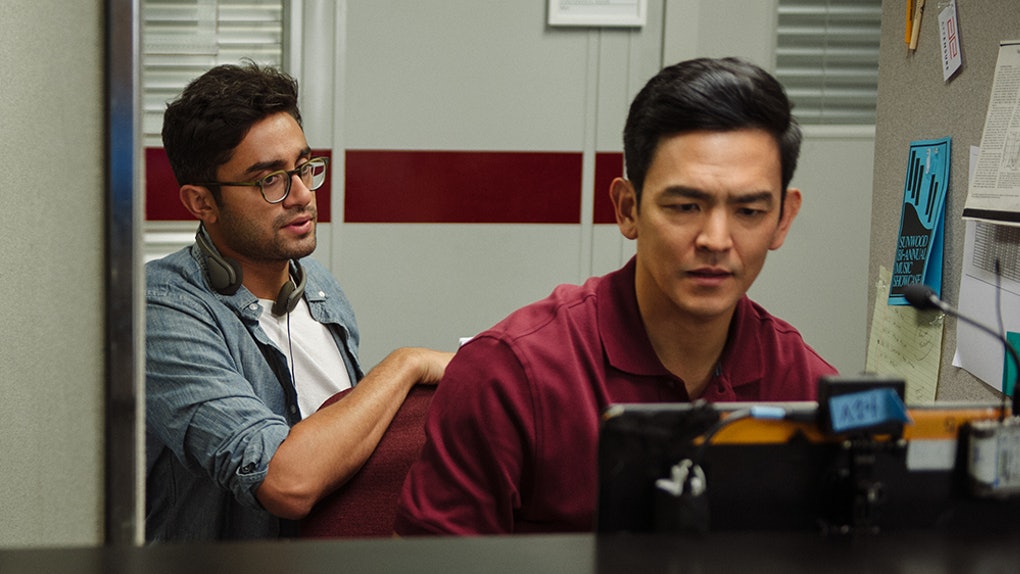 In Aneesh Chaganty’s low-budget mystery thriller ‘Searching,’ social media takes an uncanny form. After the mysterious disappearance of his daughter, David Kim files a police report. However, when he checks her laptop, her online world reveals a whole set of pertinent truths. The effect is jarring, disarrayed, drastic, and the internet rabbit hole only becomes more prominent. If you loved ‘Love Hard’ because of its temperate depiction of a tech-savvy world, ‘Searching’ will drive the message home. 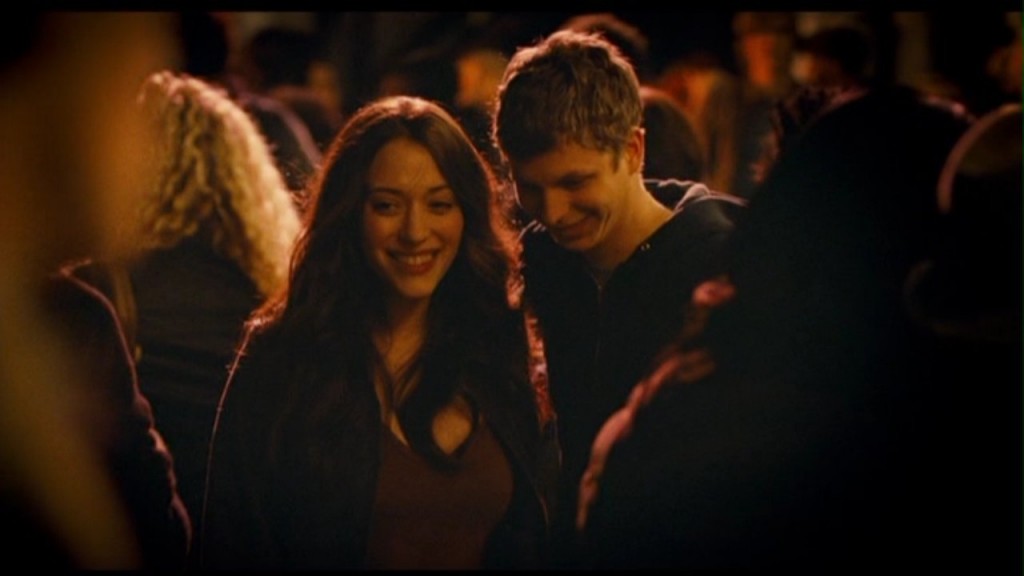 Peter Sollett’s noir-tinted indie romantic venture ‘Nick & Norah’s Infinite Playlist’ is an underrated classic, and it warrants a watch, if only for the soundtrack. Two quirky and angsty teens Nick and Norah, team up as a false couple to escape their friend circles. In the end, they end up having the best night of their life. Michael Cera is effortlessly goofy against Kat Dennings in the lead ensemble. In ‘Love Hard,’ Josh and Natalie act as a false couple for a while, and if you are looking for something similar, this movie will make you revisit your teenage years.

Famed director Rob Reiner’s ‘When Harry Met Sally’ gives you enough belly laugh in its roving journey. However, it is an absolute tear-jerker in its relatable explorations of the male and female psyche. Hop on to the emotional roller coaster ride, where a happenstance re-encounter between two quirky graduate friends ends up becoming a burden on their backs. Well, love is way more complicated than it looks. If you relate to ‘Love Hard,’ this universally resonating movie will leave a lasting impression on you. 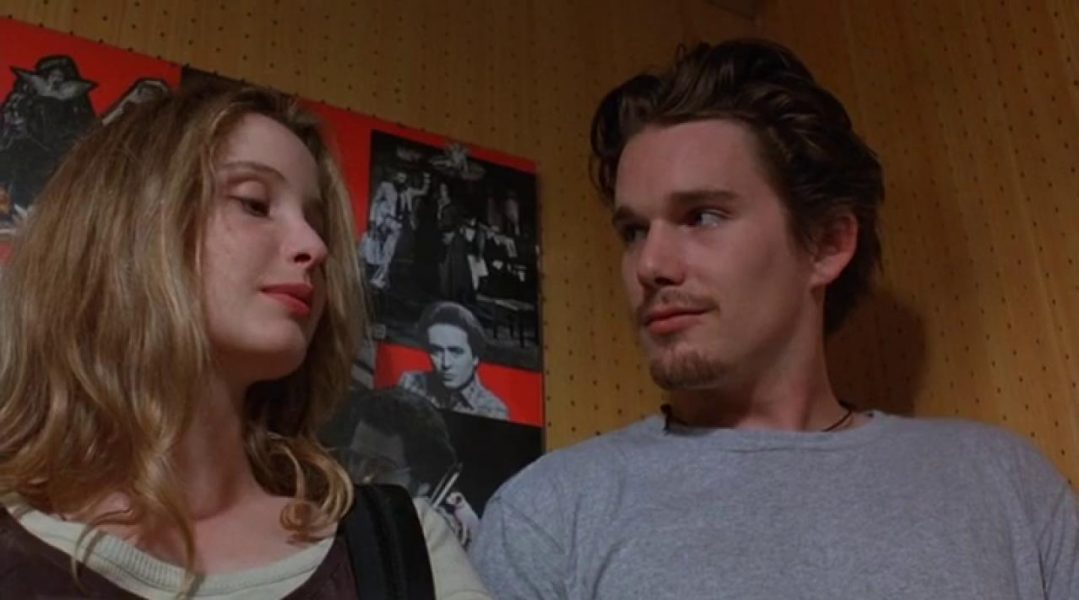 Helmed by American maestro Richard Linklater, the yellow-tinted romantic noir-comedy ‘Before Sunrise’ is arguably the best in the director’s ‘Before’ trilogy. Strangers Jesse and Celine spontaneously meet on a train to Vienna and spark off a conversation. Jesse would leave the following day. So, they plan to spend the rest of the time during his stay together, roaming across the moonlit city.

This movie is an example of how a conversation between two persons can captivate the audience. If you have found the chemistry between Nina Dobrev and Jimmy O. Yang to be pretty much seamless in ‘Love Hard,’ the chemistry between Ethan Hawke and Julie Delpy is one of the best on-screen romances written to date. 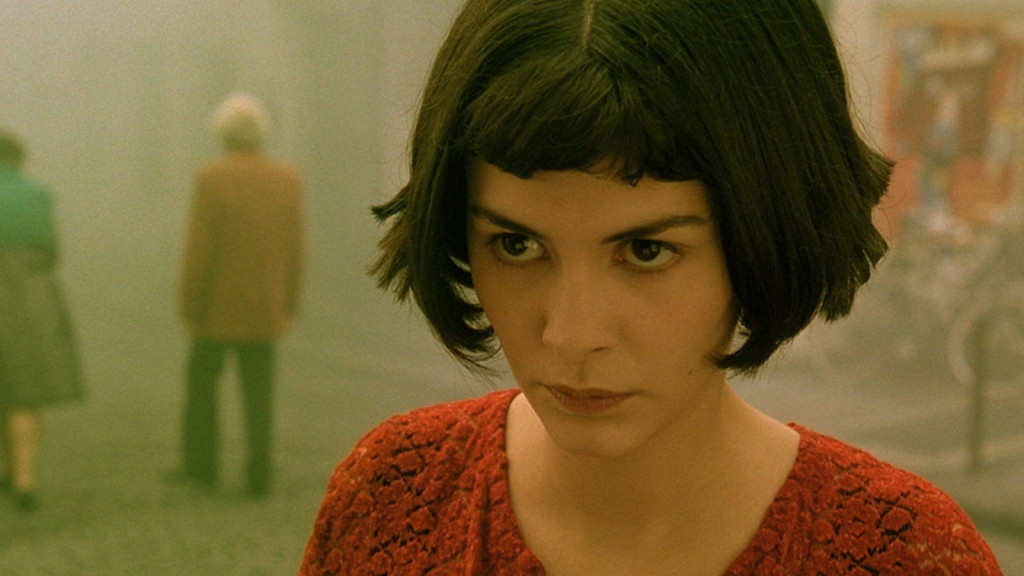 French maestro Jean-Pierre Jeunet infuses a cacophonous life into French-original romantic comedy ‘Amelie.’ The captivating portrayal of the titular character’s inner world is worth noting. Still, the movie finally steals the hearts of the audiences with its memorable and loving personalities.

Amelie spends her day spreading love, and meanwhile, she embarks upon her own quest for love. Audrey Tautou delivers a brilliantly exuberant performance in the titular role, and Yann Tiersen’s tear-jerker score is worth revisiting. If you have liked the industrious lover of Natalie in ‘Love Hard,’ you will love everything about Amelie.

Read More: Is Love Hard Based On A True Story?