When Will ‘Nailed It!’ Come Back on Netflix? 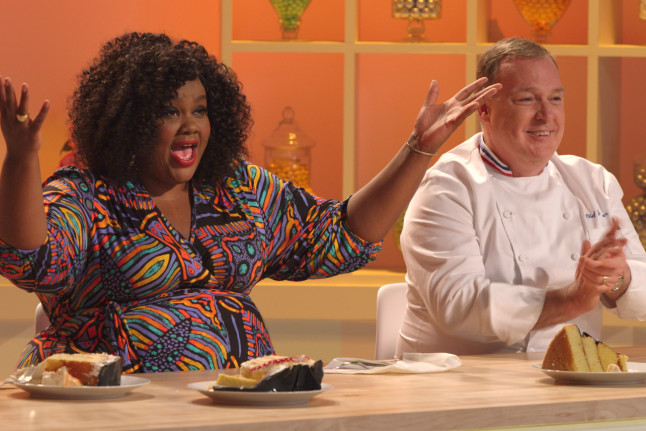 Ever since US reality television shows first emerged in the early 60’s, they have always shown a somewhat twisted rendition of the American Dream. The contestant of almost every show craves stardom from the shows more than anything, and as such, they strive towards perfection, and more often than not, it is an impractical perfection that cannot be achieved. This is why the Netflix Original ‘Nailed It!’ is a breath of fresh air into the whole genre of reality TV. Like a very small section of shows, it goes the opposite route. Instead of perfection, it celebrates imperfection.

Structurally, the show follows the formulaic pattern of cooking shows, pitting contestants against each other before a select panel of judges. Where it shines is that it calls upon amateur aspirants instead of professional chefs. The name ‘Nailed It!’ is a sarcastic take on the fact that contestants try to imitate elaborate cakes and fail, and the show is very self-conscious and purposive about this.

The show first made its way to viewers’ screens on March 9, 2018, becoming a hit among viewers almost immediately. Understandably, Netflix spent no time in renewing the show, and Season 2 of the show premiered just months later on June 29, 2018. Subsequently, the show was renewed yet again, and Season 3 premiered on May 17, 2019. Now, fans are wondering when the show will return for a fourth season. Here’s all you need to know about Nailed It! season 4.

Nailed It! Season 4 Release Date: When Will It Premiere?

Nailed it! season 3 premiered on May 17, 2019 on Netflix. It consisted of six episodes.

Soon after, the series was renewed for a new season. Considering the popularity of the show, we would be surprised if it did not get another season. On March 18, 2020, Netflix announced that Nailed It! Season 4 will premiere on April 1, 2020.

Owing to the fact that the show is a reality show, its cast members are season-specific and subject to change.

The only constant of the cast are the judges, who also host the show. This includes the eminent chef and TV personality Jacques Torres who has starred in hit shows like ‘The Chew’ and ‘On the Money’, and also starred in ‘The Wendy Williams Show’. He is joined by the charismatic lead host, the ‘Party Over Here’-starrer Nicole Byers, who has had a long career both on the small and big screens, including a minor role in Tina Fey’s ‘30 Rock’ and recurrent castings in CollegeHumor original comedy skits.

In all three seasons of ‘Nailed It!’, they have been a great engine for the show, directing and keeping up the humorous overtone throughout all the episodes. It has already been confirmed that they will be returning as hosts and judges in the fourth iteration of the Netflix original. Other than this, the upcoming season will also feature some special guest appearances.

What Can Nailed It! Season 4 Be About?

‘Nailed It!’ is not your regular cookie-cutter baking competition of reality TV. Instead, the show leans more towards a parody of the genre. The idea of the show derives mostly from the internet vlogging sensation of ‘baking fails’. It capitalizes on this trend by inviting amateurs to take part in a baking competition, where they try to bake elegant cakes and other similar edible masterpieces.

While they don’t always succeed in replicating the presentation and tastes of such complicated cakes and confectioneries, the contestant who comes closest in terms of presentation and taste wins the prize money of $10,000. Season 4 will adopt the same premise, featuring a bunch of newly recruited amateur bakers while drawing humor from their epic fails.

In terms of reception, the show is quite popular among audiences, and enjoys an overall rating of 7.4/10 on IMDb. The show also was well received by critics and has an extraordinary rating of 95% on the review aggregator website Rotten Tomatoes. Salon.com critic Erin Keane raves about the show in her review mentioning: “What Nailed It! offers – aside from in-jokes for Food Network hate-watchers and Pinterest failers – is a lesson in just how difficult it is to master anything worth learning how to do right, no matter how easy the internet makes it look.”

The Guardian critic David Renshaw had this to say about the show: “Recipes for each round do flash up but the speed at which the disappear suggest that Nailed It! is not for the seasoned baker. This is simply a giddy and infectious fever dream in which a lack of talent is a prerequisite for entering.” Further, the frequency with which seasons have been renewed is also a testament to the popularity of the show. Netflix knows that there are tons of cooking and food aficionados out there. They just need to be served right.

Check out the official trailer for season 4 of Nailed It! right here.